I don't want to believe that Trump would do this... and yet - he is laying a LOT of groundwork.

'You are not a dictator': Trump refuses to commit to peaceful transfer of power after election

Politicians and pundits from both sides of the political aisle condemn Donald Trump's refusal to commit to a peaceful transition if Joe Biden wins the election.

Does no one remember the first person to mention a less than peaceful transition was Hillary Clinton when she told Joe Biden "Do not concede under any circumstances"?  Trump should have just ignored her and kept his mouth shut.

When did she say this?

Because Trump has been musing aloud about having a third term for years.

And Clinton is right.  Biden cannot concede until the last vote is counted.  That could take months.

Could you imagine if he conceded on election night with a fraction of the vote counted? 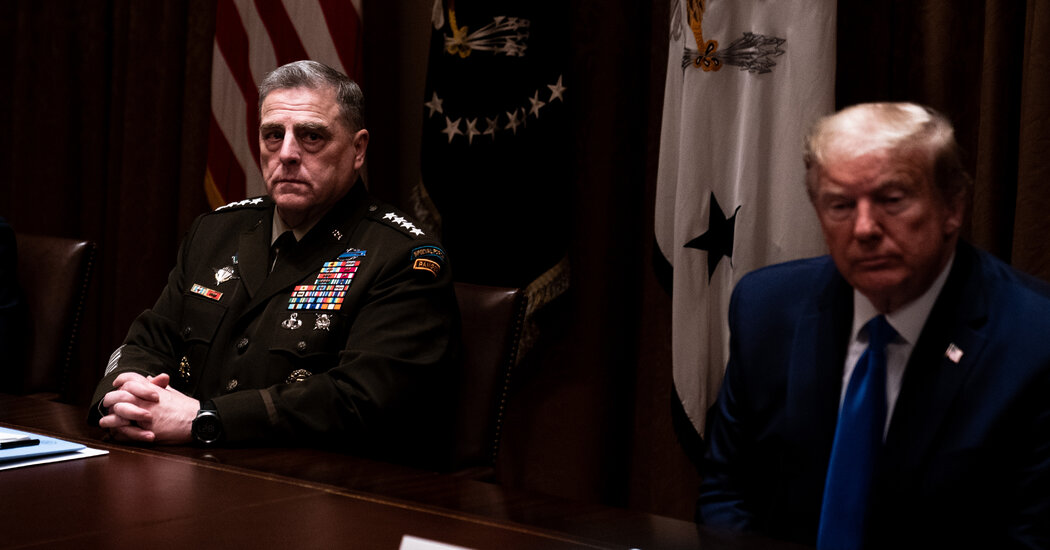 At Pentagon, Fears Grow That Trump Will Pull Military Into Election Unrest

When did she say this?

Because Trump has been musing aloud about having a third term for years.

You know as well as I do he was not musing, he was joking.

And Clinton is right.  Biden cannot concede until the last vote is counted.  That could take months. Could you imagine if he conceded on election night with a fraction of the vote counted?

So if Biden doesn't concede until the last vote is counted, that is right and proper.  If Trump doesn't, he's trying to steal the vote.  SMH

History-the-trickster has paradoxically anointed the Great Disrupter, Mr. Trump, as the agent of order while the Democrats seek to bring chaos into every quarter of American life, a party of shrieking “Karens” and men acting like women. Such as: Tom Friedman of The New York Times mewling like a little girl to Anderson Cooper on CNN Thursday night that he was “living in terror,” that “everybody should be terrified,” because Mr. Trump “refuses to commit to accepting the election results.”

Is that so? I think it was Hillary Clinton who declared just a few weeks ago that “Joe Biden should not concede the election under any circumstances” — for instance, the circumstance that he loses the election. Of course, Mr. Trump, troll supremo, is simply punking his adversaries by proposing to play fair, that is, to play by the same rules they play by. And this only causes the Democrats to retreat into the chaos that is their comfort zone, where they hop up and down like fourteen-year-old girls in a tantrum.

They are provoked, you understand, because Mr. Trump actually represents the thing they hate most: Daddy! Daddy’s in da house, the White House, as a matter of fact, and this baleful symbolic circumstance has driven the Democrats out of their gourds for four years, turning them into a party of hysterical women and men acting like hysterical women. Would you want to get on an airplane in bad weather piloted by a crew of hysterical women? That’s kind of the Big Question going into this national election 2020.

At some point we are going to have to be honest, and recognize that Hillary hasn't run for anything, and nor has she served in any political office whatsoever, since Bloody November of 2016, when Steve King's Confederate sidekick Donald Trump managed to bully his way into the Presidency amid a hail of hateful white supremacist racism in our schools attacking our children, and bullets and tears in the streets, in an attempt to initiate a second Civil War here in this country, for which he never apologized, choosing instead to further fan the flames of violence and hate.

It's time to end this madness.

(I usually save this classic 5 second video for Jerry Fallwell Jr, his wife, and the pool boy, but somehow it seems to fit your post as well.)

Gorka The alpha males are back

0
ReplyToggle Dropdown
Msg 390 of 585 to slackerxslackerx
In reply toRe: msg 389

Why are you posting to me about this man?  I'm not even slightly interested in him or his version of Christianity.