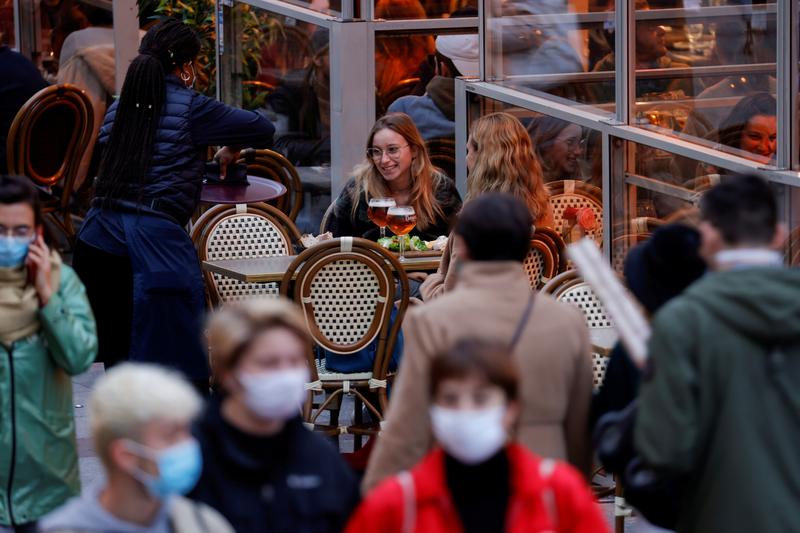 Europe became the second region after Latin America to surpass 250,000 deaths on Saturday, according to a Reuters tally, with record numbers of daily COVID-19 infections reported in the past two weeks.

The only truly important figure is the number of deaths or those left permanently disabled.

But the media doesn't want to talk about this.  It's not scary enough.

What's the percentage there of 1.15 million deaths from 43 million cases?

"Europe became the second region after Latin America to surpass 250,000 deaths on Saturday, according to a Reuters tally, with record numbers of daily COVID-19 infections reported in the past two weeks."

Yes, we're into a second wave over here. Even the countries that appeared to do well during the first wave are having problems. Since we re-opened the schools and universities, the disease has surged. All quite predictable but all our countries agree that kids should go to school and students should study.

The disease is mainly affecting younger people  but it will spread to the middle aged and elderly just as it did during the first wave.  In a few weeks time, our hospitals and their ICUs will be full up. We do have temporary emergency hospitals set up in the UK and in several other European countries and if we can't get this second wave under control, we'll probably need them.

The only way to stand a good chance of avoiding the disease is to obey all the rules. Unfortunately the rules are being widely disobeyed by people who have no symptoms and don't think they're ill and by people who believe this pandemic is a gigantic Government plot to take away their rights.

About the same percentage of deaths during the last two major flu epidemics in the 1950s and 1960s which did not entail lockdowns, got very little media coverage, and no one even remembers.

I think it is important to factor in 2 things:

A little bit of hope:

The itty bitty 5'1", 104 lb., 94 yr old mother of a friend was taken to the hospital last Wednesday with Covid.  She was given Remdisever (sp?), the same therapeutic Trump was given.  She came home from the hospital yesterday.  Maybe things are looking brighter.

(Source: Reddit)  Street car conductor in Seattle not allowing passengers aboard without a mask, during Spanish Flu Pandemic in 1918.

(Source: Reddit) Flu ward at Walter Reed Hospital in Washington D.C., during the influenza pandemic of 1918

Trump got "Regeneron" and a steroid cocktail.  Probably best that the itty bitty 104 year old didn't get his treatment.

Remdesivir (?) is much further along in the trials and shows promise.