Two members of a World Health Organisation-led team that travelled to China's Wuhan city to investigate the origins of COVID-19 remained behind in Singapore after testing positive for coronavirus antibodies. 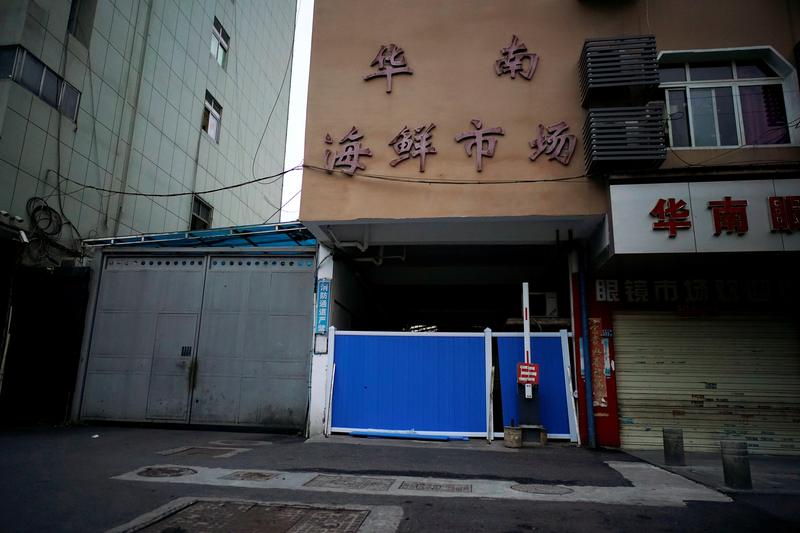 An independent panel said on Monday that Chinese officials could have applied public health measures more forcefully in January to curb the initial COVID-19 outbreak, and criticised the World Health Organization (WHO) for not declaring an international emergency until Jan...

US cites 'deep concerns' about WHO COVID report, demands data from China

The US Government has called on China to make data from the earliest days of the COVID-19 outbreak available, stating it is imperative that the World Health Organization's COVID-19 report be independent and free of "alteration by the Chinese Government".

The US Government has called on China to make data from the earliest days of the COVID-19 outbreak available, stating it is imperative that the World Health Organization's COVID-19 report be independent and free of "alteration by the Chinese Government".

0
ReplyToggle Dropdown
Msg 32 of 43 to adwiladwil
In reply toRe: msg 31

Yeah, that's a given.

As the pandemic started to spread, Beijing used its media infrastructure globally to seed positive narratives about China in national media, as well as mobilising more novel tactics such as disinformation, a report by the International Federation of Journalists (IFJ) finds.

COVID-19 pandemic could have been prevented, independent review finds

An independent panel set up to review the global response to the coronavirus pandemic finds a litany of failures led to the disaster and warns another catastrophic pandemic could happen unless "urgent and vital" steps are taken.

It's always easy to use hindsight to criticise.

WHO would have been in a difficult position whatever happened because it relies on countries to inform it when there are outbreaks of disease.  China did not recognise there was a problem until late December and Italy put late years deaths amongst the elderly down to pneumonia and severe flu when we now know Covid was spreading there.

Initially China told WHO that they didn't think the disease was spread from human to human and it wasn't until the last week of January that this was proven.

Also no-one knew or suspected that many people spreading Covid had absolutely no symptoms and had no idea they were vectors for the disease.

Could the Covid pandemic have been prevented?  I very much doubt it. The asymptomatic would have spread the disease across the world before anyone realised there was a problem.

0
ReplyToggle Dropdown
Msg 36 of 43 to adwiladwil
In reply toRe: msg 35

I agree with you totally! But the US wants a scapegoat and China is their favourite. It is totally political and not science based. It reminds me of people you lent money too who then prefer not to meet you and turn into your enemies!

US scientists and of other countries have worked in and with the Wuhan labs and surely will go on doing so. - I get really bored with all that hypocrisy.

"But the US wants a scapegoat and China is their favourite. It is totally political and not science based. "

The awful Trump certainly wanted a scapegoat and there still are questions to be answered by China. However, scapegoating is not the right way to go about investigating a new disease. It would be far more sensible for every country and WHO to improve their disease 'early warning system'.

I note that the Indian Gov has ordered that the 'Indian' Variant not be referred to as Indian, so there is a lot of sensitivity about being a vector for the disease.  Mind, naming the variant after its place of detection helps us all sort out which variant we're talking about because the variants are proliferating.