Latest May-22 by Jenifer (Zarknorph)

What better place to post about education than in a folder called 'General Confusion'.

For years, apart from the book reviews I write, the two topics I've posted most about are education and the media, both of which have been in steady decline for decades.

I'll start with this piece by Heather Mac Donald.  She writes quite a lot about education, especially college education, but she's a woman of many interests and talents.  Her book The War on Cops is essential reading as an antidote to the baloney you read in the mainstream media.  She's also does an outstanding job in reviewing classical music productions, especially opera, and being a devoted fan I take her comments seriously even if she concentrates on nineteenth century operas, those most regularly performed and the opera the listening public is most familiar with, whereas it is early opera pre-dating Mozart, which is truly dear to my heart.

In any case, here she is, speaking out about the Maoist cultural revolution currently underway at America's universities:

Academia’s monolithic belief in systemic racism will further erode American institutions and the principles of our civilization.

... All such institutional self-accusations by college presidents leave out the specifics. Which faculty members do not treat black students fairly? If that unjust treatment is so obvious, why weren’t those professors already removed? What is wrong with an admissions process that lets in thousands of student bigots? In other moments, college presidents brag about the quality of their student body and faculty. Are they lying? Shouldn’t they have disclosed to black applicants that they will face “racist acts” and “systems of inequality” should they attend?

Of course, the college presidents were not lying the first time around. American campuses today are the most tolerant organizations in human history (at least toward official victim groups). The claim that colleges are hotbeds of discrimination is a fantasy. Every university twists itself into knots to admit, hire, and promote as many black students and faculty as it possibly can, in light of the fierce bidding war among colleges for underrepresented minorities.

It has been taboo to hint at the reason that the millions of dollars already expended on campus diversity initiatives have yet to engineer exact proportional representation of blacks in the student body and on the faculty: the vast academic skills gap. Now this truth will be even more professionally lethal to anyone who dares mention it. The highest reaches of the university have declared as a matter of self-evident fact that systemic racism is the defining feature of American society, one that explains every inequality. Fighting against that racism has now officially become colleges’ reason for being.

Hi and welcome newcomer,
i read H. Mac Donald occasionally about opera. However, like you, I am a fan of baroque composers and never miss Cecilia Bartoli’s festival in Salzburg.

Hope you feel at home here and that you take care of yourself.

Thanks for the welcome!  (And thanks to Jenifer too, whose welcome I neglected to acknowledge).

You're one of the only people I've ever encountered on Delphi who has an interest in baroque opera.  I'm a huge fan.  I presently live in a place where attending live musical/theatrical productions of any kind would be a challenge, but I listen a lot.   My CD collection is large, but there's even some items of interest on YouTube.

I'm a Bartoli fan too, but I'm even more in love with Simone Kermes: 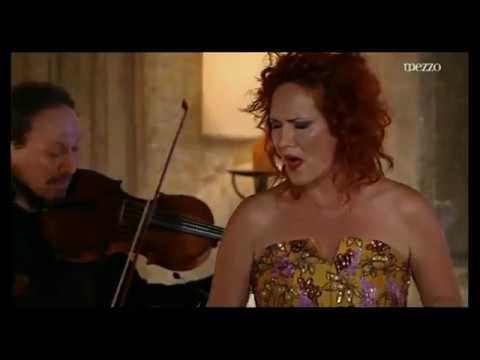 Can the Met stand firm against the trashy productions of trendy nihilists?

Welcome to Regietheater (German for “director’s theater”), the style of opera direction now prevalent in Europe. Regietheater embodies the belief that a director’s interpretation of an opera is as important as what the composer intended, if not more so. By an odd coincidence, many cutting-edge directors working in Europe today just happen to discover the identical lode of sex, violence, and opportunity for hackneyed political “critique” in operas ranging from the early Baroque era to that of late Romanticism.

the most tolerant organizations in human history (at least toward official victim groups).

The fact that there are official victim groups encapsulates everything that's wrong with our country right now...

0
ReplyToggle Dropdown
Msg 7 of 108 to CamGearyCamGeary
In reply toRe: msg 6

I don't know if it encapsulates absolutely everything, but it is a huge problem, one that the educational establishment and the media keep making worse and worse every day.

I hate those people.  Hate is a strong word.  But these people turned to evil and I hate evil.

If the definition of racism is deliberate discrimination based on race, color or national origin, Yale University appears to be a textbook case of “systemic racism.”

And, so, the Department of Justice contends.

Last week, Assistant Attorney General Eric Dreiband charged, “Yale discriminates based on race… in its undergraduate admissions process and race is the determinative factor in hundreds of admissions decisions each year.

“Yale uses race at multiple steps of its admissions process resulting in a multiplied effect of race on an applicant’s likelihood of admission.

A court case alleging that Harvard emulates Yale, or vice versa, and admits Black and brown students whose test scores would instantly disqualify white and Asian students is headed for the Supreme Court.

At the heart of this dispute over diversity are basic questions, the resolution of which will affect the long-term unity of the American nation.

Ron Unz republishes the article that got the ball rolling:

... Last Sunday, just before the legal proceedings began, the Times ran a major article explaining the general background of the controversy, and I was very pleased to see that my own past research was cited as an important factor sparking the lawsuit, with the reporter even including a direct link to my 26,000 word 2012 cover-story “The Myth of American Meritocracy,” which had provided strong quantitative evidence of anti-Asian racial quotas. Economic historian Niall Ferguson, long one of Harvard’s most prominent professors but recently decamped to Stanford, similarly noted the role of my research in his column for the London Sunday Times.

Two decades ago,  I had published a widely-discussed op-ed in The Wall Street Journal on somewhat similar issues of racial discrimination in elite admissions. But my more recent article was far longer and more comprehensive, and certainly drew more attention than anything else I have ever published, before or after. Soon after it appeared in The American Conservative, its hundreds of thousands of pageviews broke all records for that publication and it attracted considerable notice in the media. Times columnist David Brooks soon ranked it as perhaps the best American magazine article of the year, a verdict seconded by a top editor at The Economist, and the Times itself quickly organized
...[Message truncated]
View Full Message
0
ReplyToggle Dropdown
Keep Reading
TOP
Copyright © 2021 Delphi Forums LLC