No Laughing Matter: The March of Killjoy Culture | C2C Journal

When the New York Times admonishes the unmistakeably satirical Babylon Bee for spreading "misinformation", it's likely a sign that humour is dying - or being killed off. Similarly when the formerly-fearless Bill Maher laments how it's no longer safe to tell a joke at a party lest one be overheard by a Woke listener and ruined. And even more so when politicians threaten to ban internet memes that...

... We may recall Iran’s Ayatollah Ruholla Khomeini’s pronouncement in a 1979 radio sermon: “Allah did not create man so that he could have fun. The aim of creation was for mankind to be put to the test through hardship and prayer. An Islamic regime must be serious in every field. There are no jokes in Islam. There is no humor in Islam. There is no fun in Islam. There can be no fun or joy in whatever is serious.”

The Ayatollah’s remarks constitute one of the points where Theo-Islamic conservatism and secular Leftist ideology meet around the totalitarian circle (there is more on the unfunny subject in this book). Inventive humor, as opposed to vulgar sarcasm and puerile putdowns – the current stock-in-trade of the Left – is contra-indicated. In particular, to joke about a dictator is to invite either a prison sentence or execution. In the progressivist mindset that now permeates the West, popular humour is also critically at risk, even in the private sphere, and may issue in public shaming and the loss of livelihood. A politically incorrect joke can mark the end of a career. That is also a sure-fire way to kill comedy routines since political incorrectness is one of the indispensable elements of the joke – the “outering” of that which everybody knows but nobody says.

OMG, thank you for introducing me to that site!  So funny. 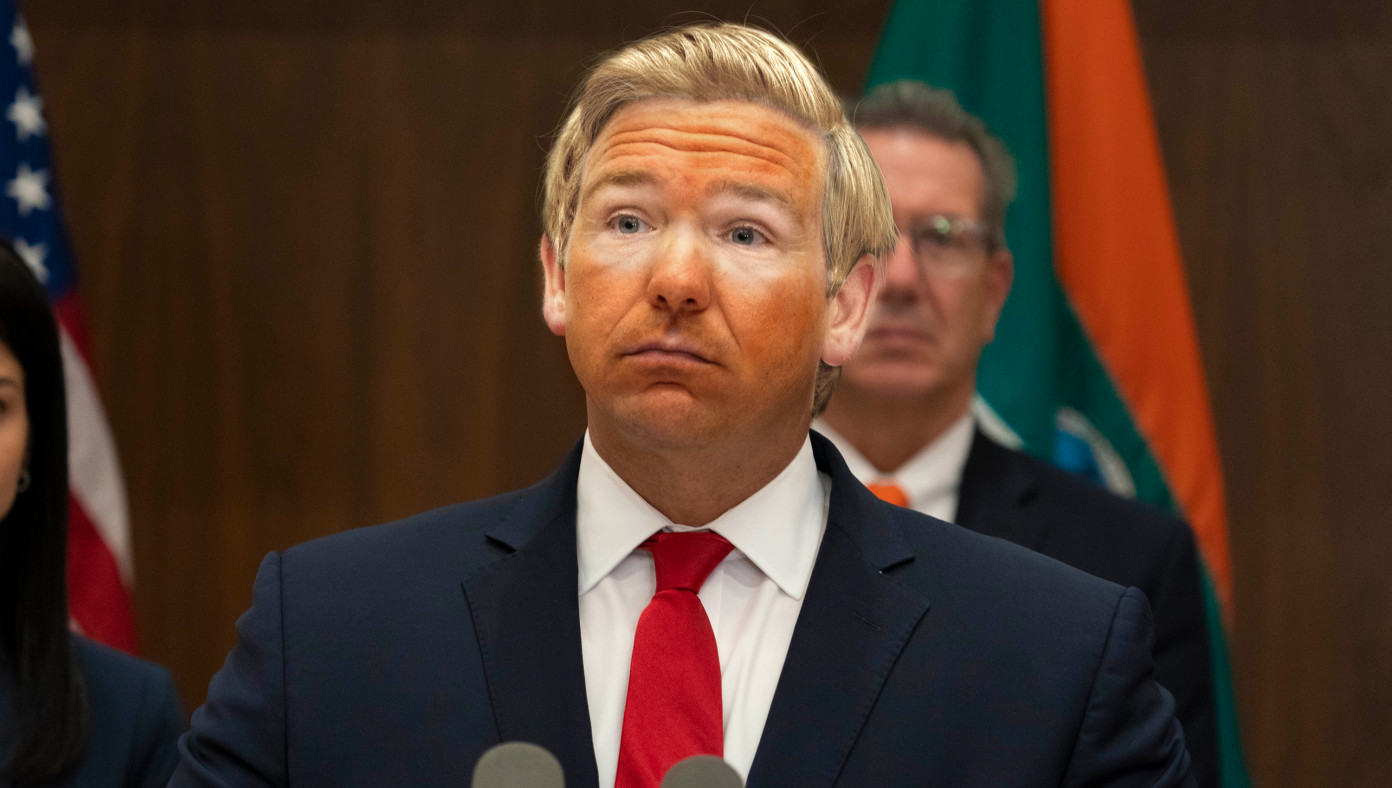 TALLAHASSEE, FL - Florida Governor Ron DeSantis unveiled his brand-new presidential bleached hair and spray tan this week, officially kicking off his campaign to run for president in 2024.'What are you talking about? This is how I've always looked!' said DeSantis to questioning reporters. 'And I don't appreciate it, OK? You are fake ...