California Fires   America - all of it

Hundreds airlifted from California wildfires as temperatures near 50C

More than 200 people are airlifted to safety as a fast-moving wildfire cuts off the only road out of the Mammoth Pool Reservoir, a popular recreational site in Sierra National Forest.

US wildfires kill 24 people, rip through northern California, force 500,000 to flee their homes in Oregon

Deadly wildfires shroud much of the north-western United States in dense smoke, killing 24 people and forcing more than 10 per cent of Oregon's population to evacuate.

US wildfires kill 24 people, rip through northern California, force 500,000 to flee their homes in Oregon

Deadly wildfires shroud much of the north-western United States in dense smoke, killing 24 people and forcing more than 10 per cent of Oregon's population to evacuate.

Fall is almost here in California. So we know the annual script.

A few ostracized voices will again warn in vain of the need to remove millions of dead trees withered from the 2013–14 drought and subsequent infestations, clean up tinderbox hillsides, and beef up the fire services. They will all be ignored as right-wing nuts or worse.

Environmentalists will sneer that the new forestry sees fires as medicinal and natural, and global warming as inevitable because of “climate deniers.”

Late-summer fires will then consume our foothills, mountains, and forests. Long-dead trees from the drought will explode and send their pitch bombs to shower the forest with flames.

Lives, livelihoods, homes, and cabins will be lost — the lamentable collateral damage of our green future. Billions of dollars will go up in smoke. The billowing haze and ash will cloud and pollute the state for weeks if not months. Tens of thousands will be evacuated and their lives disrupted — and those are the lucky.

There could be a long answer to explain why California for years abandoned dead drought- and insect-stricken trees — over some 60 million of these withered, towering time bombs in their coastal and Sierra forests — to rot. But the short of it was that the kindling and tinderboxes were seen as perfect green mulch for flora and fauna.

A cynical interpretation of the eco-agenda was that doing nothing to clean up the mess was cheap for a broke state eager to spend billions on high-speed rail and the consequences of open borders. The even more cynical take would be that dead trees served as green napalm during fire season to discourage the unwanted hoi polloi from living in the hill and mountain cabins that in a more perfect world would properly belong, in Sheriff of Nottingham style, to the Sierra Club. And indeed, the unspoken aftermath of this latest round of conflagrations is that insurance rates will soar even higher and make it nearly impossible to live in rural hills and mountains.

Apparently, our ancestral, Neanderthal foresters once upon a time believed in the time-tried lore of removing dead brush, cutting down withered trees for needed lumber, and allowing grazing to clear foothills of dead grasses and low vegetation. But then again, the old-breed thinking has been seen as obsolete by today’s brilliant new progressive consultants, professors, and activists. They were too eager to implement a natural strategy of letting medicinal fires periodically burn forest fuel to remind us that millions of trees are not for living among, or logging or recreating amid, or for anything much human-orientated other than a week or so a year backpacking.

California's famed Napa Valley wine region is under threat from a major wildfire which has scorched more than 800 hectares of land and forced the evacuation of 600 homes. 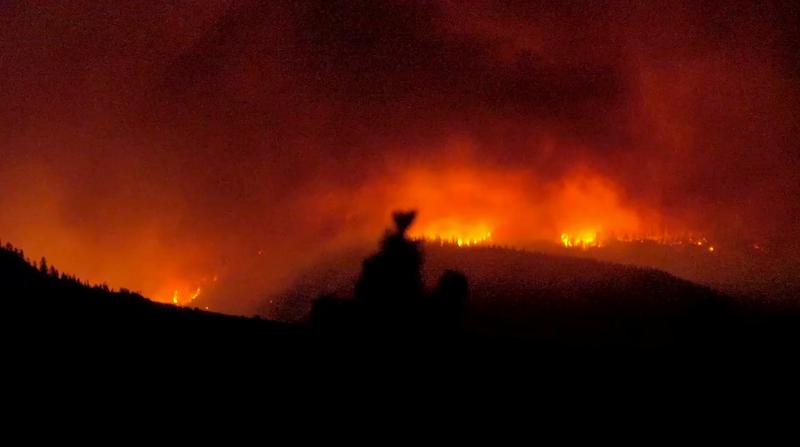 Wind-stoked wildfire in Colorado is largest in state history

Stoked by high winds, a wildfire burning for two months in northern Colorado exploded in size this week to surpass 167,000 acres, making it the largest blaze in state history, officials said on Thursday. 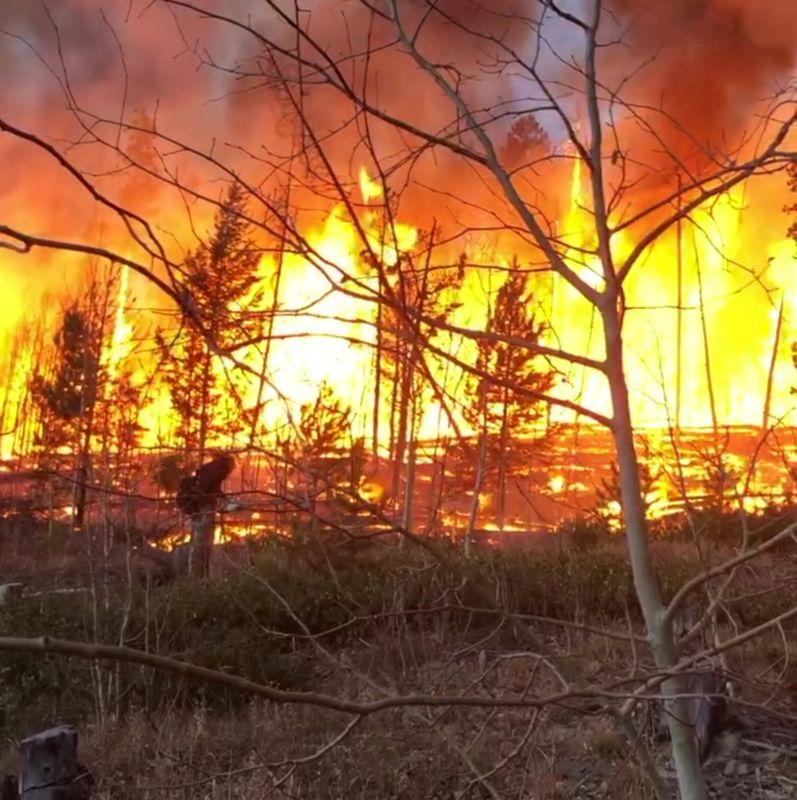 Crews battling a string of wildfires in drought-stricken Colorado braced on Friday for the return of high winds that have stoked flames in what authorities have called an unprecedented outbreak of late-season wildfires.