President Donald Trump has lashed out at Omarosa Manigault Newman, saying his former White House adviser — who is promoting a tell-all book and airing secret audio recordings — "got fired for the last time".

On Twitter, Mr Trump labelled Manigault Newman "wacky" and said chief of staff John Kelly called her a "loser & nothing but problems".

He added: "I told him to try working it out, if possible, because she only said GREAT things about me - until she got fired!"

Aired on NBC's Today show, it is purportedly an excerpt of a phone conversation between Mr Trump and her after she was fired from the White House.

It appears to show Mr Trump expressing surprise, saying "nobody even told me about it".

On Sunday, Ms Manigault Newman told NBC's Meet the Press that she surreptitiously recorded a number of conversations in the White House for her own protection.

The show aired portions of a recording of her firing by Mr Kelly in the high-security Situation Room.

Critics have denounced the recordings as a serious breach of ethics and security.

Mr Trump acknowledged on Monday that the president of the United States should perhaps not engage in a public war of words with an ex-employee, saying he knows "it's "not presidential" to take on "a lowlife like Omarosa".

But he added: "This is a modern day form of communication and I know the Fake News Media will be working overtime to make even Wacky Omarosa look legitimate as possible. Sorry!"

Responding to Mr Trump's tweets on NBC, Ms Manigault Newman said: "I think it's sad that with all the things that's going on in the country that he would take time out to insult me and to insult my intelligence."

She added: "This is his pattern with African-Americans."

Mr Trump later tweeted that Ms Manigault Newman has a "fully signed Non-Disclosure Agreement!" It was not clear exactly what he was referring to.

White House counsellor Kellyanne Conway said on Sunday on American ABC that there are "confidentiality agreements" in the West Wing.

Mr Trump's campaign said that in the 2016 race she "signed the exact same NDA that everyone else on the campaign signed, which is still enforceable".

While the latest recording has Mr Trump indicating he was unaware of her firing, Ms Manigault Newman said on the Today program that he may have instructed Mr Kelly to do it. She offered no evidence.

White House spokesman Hogan Gidley said Monday: "I'm not going to get into the tick-tock of who knew what when, but the President makes the decisions."

Ms Manigault Newman, whose book is out this week, suggested there was more to come: "There's a lot of very corrupt things happening in the White House, and I am going to blow the whistle on a lot of them."

Mr Trump's lawyer, Rudy Giuliani, said on Fox and Friends on Monday that Ms Manigault Newman may have broken the law by recording private conversations inside the White House. 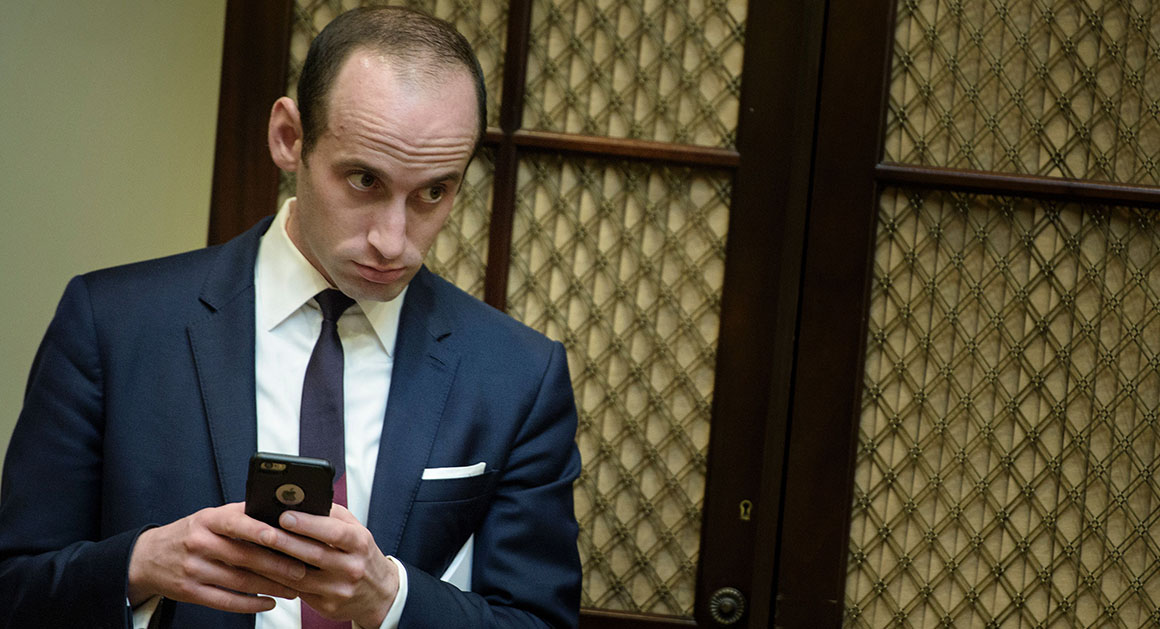 Stephen Miller Is an Immigration Hypocrite. I Know Because I'm His Uncle.

If my nephew's ideas on immigration had been in force a century ago, our family would have been wiped out.

Omarosa claims to have secretly recorded Jared and Ivanka

The former White House aide is saying the president's son-in-law and daughter offered emotional support after she was fired.

I’ve been off the forums- you’ve heard two by now, right?

Do you believe what she says?

What the fuck is she doing?!!

It's like she's jumping up and down screaming "ARREST ME!! ARREST ME!!"

For once, Trump may have tweeted the truth.

Omarosa really is a moron!

She's selling a lot of books.