I have not watched that clip.

This is why you're such a waste of time.

His FATHER was born in Kenya.

I can see where you got confused. 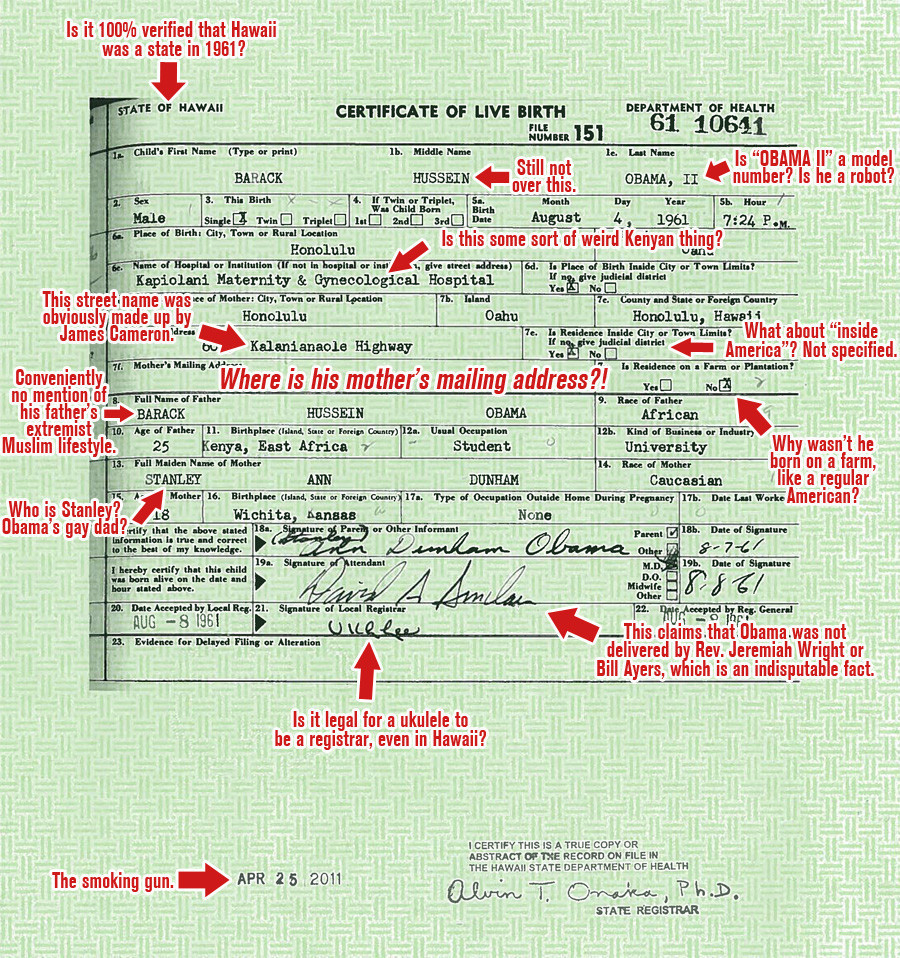 Ah, you're afraid of gay people.

It's OK.  They're not coming to touch you - inappropriately or otherwise.

0
ReplyToggle Dropdown
Msg 32 of 159 to BerryStephBerrySteph
In reply toRe: msg 29

Harold27Z said: I have not watched that clip.

This is why you're such a waste of time

There is some sort of analogy here involving pots and kettles... but I think it's racist.

There is some sort of analogy here involving pots and kettles... but I think it's racist.

I've floated you a number of pretty astonishing ideas - all of them strongly backed by at least some mainstream sources.

I've never pointed you to something I've not read like Harold has (and occasionally caught you doing, if only by accident!)

Most valuable to you (unless you're cowed into unquestioning admiration for the cousins) is the concept that a cover-up will nearly always be corrupt in some fashion and the US is riven by a lot of really serious ones.

What I find really worrying (but only for the last 106 days so far) is that with Boris Johnson we're going the same way as the US, total dishonesty and cover up in government.

0
ReplyToggle Dropdown
Msg 34 of 159 to BerryStephBerrySteph
In reply toRe: msg 33

I'm saying that you refuse to watch any videos I put up (for bizarre reasons, such as they are made by the devil) and often say my news articles are propaganda and therefore you will not read them.

I'm saying that you refuse to watch any videos I put up (for bizarre reasons, such as they are made by the devil) and often say my news articles are propaganda and therefore you will not read them. Pot - Kettle - Black.

Videos posted by Spammo are the work of the devil. Hand-waving commentators who have their eyes on stalks.

Now, I post some videos because a) I know that some people find them convincing and 2) because the commentator is speaking from a position of knowledge and making one or two cogent points.

Importantly, I always try to tell people which bit of the show is particularly striking (and where it is in longer clips).

Meanwhile, many news items in our media are calculated to incite hatred of and violence towards religious groups or entire nations.

This new "Iran using proxies" story is an obvious one.

Iran winning Middle East struggle with its use of proxies, report ...

https://www.timesofisrael.com › iran-winning-middle-east-struggle-with-its...
1 day ago - Tehran's hybrid war strategy has secured it an advantage over US and allies in region, who have no effective response, according to major ...

The real story is, surely, that we're destroying the region and the people we've impoverished there are have (somewhat, a bit) been forced to come together and cooperate to present a sort-of united front. And, maybe, defend themselves (almost no sign of them succeeding as yet, not Iran Lebanon, Syria, Iraq or Yemen)

Iran is only doing what any patriot would do in their position of our wanting their riches.

Why propagandise against people in such a desperate situation?

How do we have the nerve to side with people who beat faith minorities from their homes, toss them into a ghetto, wall them up and shoot at them?

Have we learned nothing atall from the most important event in the history of the world?

Even if you have valid reason to dispute any of that (which you don't) you must admit that that last idea alone is new and fresh and very thought-provoking!

Most natives have no idea who their father might be so "Fathers Day" causes mass confusion.

Obummer and his father were BOTH born in Kenya.  Pastor James Manning explains that very well.

My wife reckons the bandits get the vibe about who hates them.

Pastor James Manning's church has been classified as a hate group.