Ireland   The U.K and Europe

Police in Northern Ireland suspect Irish Republican Army dissidents were behind a car bombing outside a courthouse in the city of Londonderry.

Two men in their 20s were arrested in the hours after the explosion on Saturday evening (local time), while two other men, aged 34 and 42, were taken into custody the following day.

The attackers had hijacked a pizza delivery vehicle, loaded it with explosives and left it outside the courthouse in the city's centre, the Police Service of Northern Ireland said.

The device exploded as police, who had spotted the suspicious vehicle, were evacuating the area.

No-one was injured in the explosion.

Police said a warning call was made to a charity in England and passed on to them.

Officers had only minutes to evacuate children and hundreds of hotel guests before the explosion of what they described as a highly unstable, crude device that could have detonated at any time.

Police said surveillance camera footage showed the car being parked in front of the courthouse, and the driver sprinting away.

Images also showed a group of young people walking past the car shortly before it blew up.

"The people responsible for this attack have shown no regard for the community or local businesses," he said.

"Fortunately it didn't kill anybody but clearly it was a very significant attempt to kill people here in this community."

Assistant Chief Constable Hamilton said the main line of inquiry was that the bomb had been planted by a group known as the New IRA.

The last fatal attack involving a car bomb was carried out in 2016 by the New IRA when a prison officer was killed by a device left under his van in Belfast.

More than 3,700 people died during decades of violence before Northern Ireland's 1998 peace accord.

Most militants have renounced violence, but small groups of IRA dissidents have carried out occasional bombings and shootings.

Northern Ireland's power-sharing government has been suspended for two years because of a dispute between the main Protestant and Catholic political parties. Uncertainty about the future of the Irish border after Brexit is adding to tensions.

Police in Northern Ireland, part of the United Kingdom, and European Union member Ireland have warned that a return to a hard border between the two after Brexit, complete with customs and other checks, could be a target for militant groups.

Both sides of political divide condemn the attack

John Boyle, who is Mayor of the city also known as Derry, said violence "is the past and it has to stay in the past".

Mary-Lou McDonald, president of Irish nationalist party Sinn Fein, said it was a "mindless and outrageous attack on [the] people of Derry".

Police appeal for calm in Londonderry after a woman dies in gunfire as officers are attacked with petrol bombs and other missiles during rioting in a nationalist area of the city. 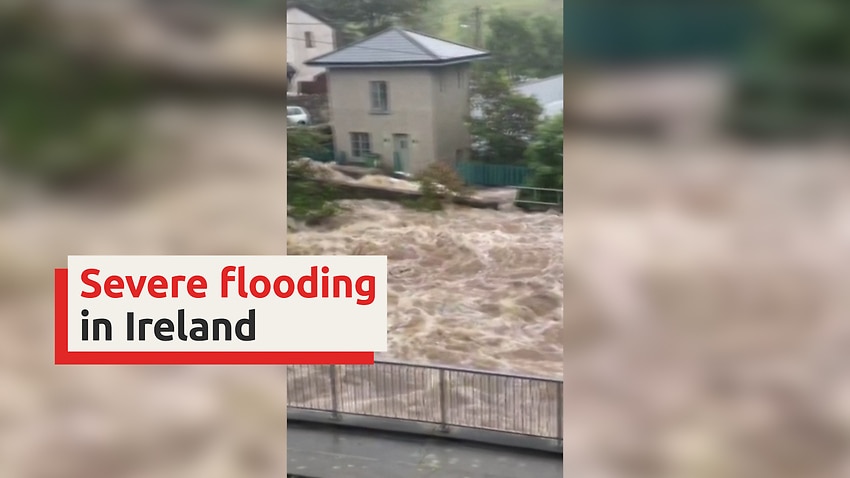 Severe rainfall and flooding was captured by eyewitnesses in Clifden, Ireland. Increasing water levels forced evacuations in the surrounding areas of overflowing Owenglin River with roads and bridges completely blocked. 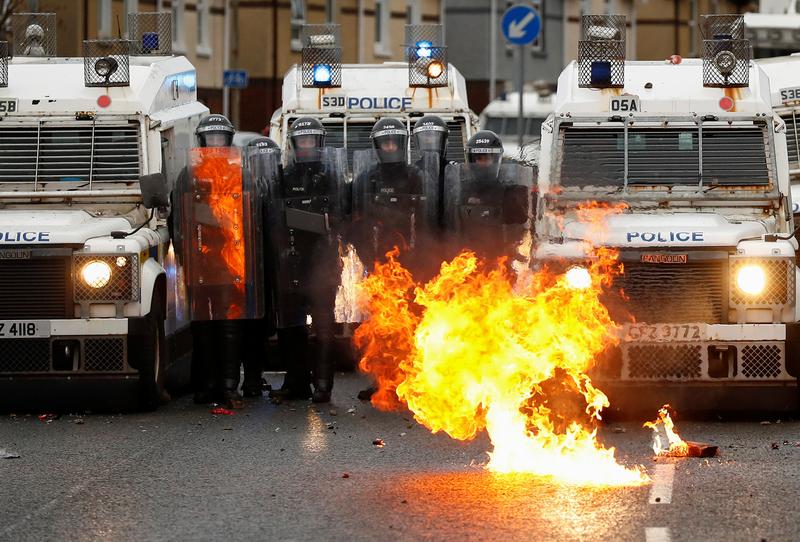 Northern Ireland's power-sharing government put aside factional differences on Thursday to call for calm after frustration among pro-British unionists over post-Brexit trade barriers helped trigger some of the worst violence in the region in years.