Still as ignorant as ever on every single issue affecting your country.  I expected nothing less.

We lost over a billion animals with the fires and Koalas are looking at extinction in NSW.

Covid (Chop Suey Fluey is one that Trump needs to add to his list... the fact that Covid 19 is not even a flu adds the nuance needed for him to accept it immediately) then took our attention.  We had the curve flattened, but the second wave hit Victoria - so the rest of the country is socially distancing themselves from the entire state.  Anyway, that took the focus from the people who lost everything over the summer, but it is starting to shift back.

As for November?  Well, it's disappointing that Biden was chosen.  The Democrats panicked when they saw what their base actually wanted and chose a moderate who would deliver none of it.  So come November it will be Giant Douche vs Turd Sandwich.

Not sure if the apathy or fear of death will keep people away from the polls.

Or just the insanely long lines, as mail in ballots will be successfully vilified to a gullible electorate who genuinely believe the crap Tucker Carlson plucks out of his ass and hurls at the camera every night.

I'm looking at the Trump rallies from a purely Darwinian point of view.  Natural Selection at work.

You're an idiot, but please don't go to one.  It's a stand up comedian performing in a Petri dish.

It has been a while since I have been here, and now I am reminded why.

You have done the impossible.  You actually got dumber than you were last time I was here.

BTW, it is hard for me to believe that you actually watch Tucker Carlson, as he is the only media
personality that provides reports and opinions based only on the truth and facts.

As for the upcoming Presidential election, only two things will play a part in determining the winner.
1.  It will be a choice between law and order or total chaos and destruction of our country.
2.  Voter fraud using "mail in ballots".
Nothing else will be close to effecting the above.

Be warned, there are a lot of truths and facts.
You might be offended and your head could explode.

0
ReplyToggle Dropdown
Msg 10 of 150 to JohneeoJOHNEEO
In reply toRe: msg 8

BTW, it is hard for me to believe that you actually watch Tucker Carlson, as he is the only media personality that provides reports and opinions based only on the truth and facts.

Could you name ONE "fact" Tucker Carlson has given you?

1. It will be a choice between law and order or total chaos and destruction of our country.

Yes.  Heaven forbid the great and powerful POTUS might need to cross the street again.  Rubber bullets and tear gas may not be enough.

Strange that you are cheering the authoritarian actions of a dictator.  Will you wave the US flag to welcome the tanks coming into your neighbourhood?

Every single state in the US already has mail in voting.

Where were the accusations of mail in fraud when Trump won in 2016? 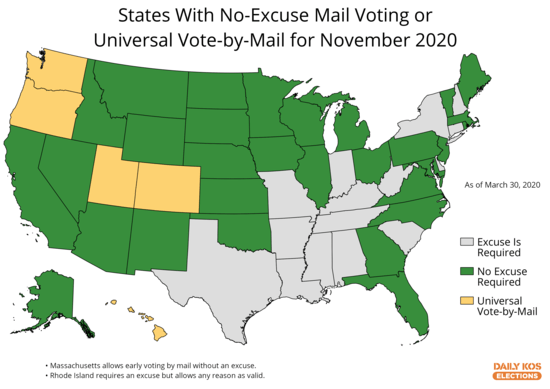 0
ReplyToggle Dropdown
Msg 11 of 150 to JohneeoJOHNEEO
In reply toRe: msg 9

Tucker having his ass handed to him by someone who can read.

Joe Biden for President.
Carlson spells it out.

Great back and back discussion there.  Tucker really looked foolish responding to that dipshit.
Pretty pathetic attacking someone without any opportunity to respond.
Of course he can't respond.  That is the new normal.  Opposing views are no longer permitted.
There is now only one view.  Any others must be silenced.

Thanks so much for proving another fact and truth of the left agenda.

You are the best.

Let's have a discussion.

Watch the last video I posted where Carlson spells out the Biden agenda.

He makes numerous points.  Take any of them, and show me anything that is not true.

Worth watching, if you care about the realities of what is going on.

0
ReplyToggle Dropdown
Msg 16 of 150 to JohneeoJOHNEEO
In reply toRe: msg 14

First and foremost, Tucker declares that "nobody believes" that Biden is staying home due to Covid 19.

That's a pretty broad statement to make on behalf of 7 billion people.

He then makes fun of Biden's gaffes, even going so far as to make assumptions about drug use in their "psychedelic quality".

Let's stop there and compare how Trump and Biden handled George Floyd's death.

Trump claimed George Floyd would be happy and smiling down on the world "This is a great day for George Floyd" when job numbers went up.  Biden spoke at George's funeral with much more eloquence. The reason he didn't go in person, is that he actually had the empathy required to know how much his security detail would disrupt the day.

He shows Biden in all his gaffe glory, with no reference to Trump's verbal diarrhoea.

Then we're on to the fear-mongering...

If Biden is elected, progressive leftists will be running the country and all cities will become squalid hellholes.

I could find 4 conflicting "studies" in one google search that say New York is the unhappiest, AND happiest place in America.

As for the cleanest and dirtiest cities in America, NYC is listed as one of the dirtiest.  Right after Pittsburgh.

The Cleanest (and Dirtiest) Cities in America

The cleanest is Honolulu.  The state of Hawaii is run by Democrats.

Other states that claim the cleanest cities are Colorado, Wisconsin, and New York - which holds Syracuse.  They all have Democrats in charge.

Dangerous!  New York is not Disneyland, but it is WAY further down the list than Missouri - which is run by Republicans.

Chaotic is to vague for me to clarify with a fact check.

Now, Tucker has told you, night after night, that crime is surging in NYC.  Therefore, he is citing his own show and his own opinions as a source.  Not studies, or actual statistics.

The reason, is a change to the bail laws.

Here is where Tucker fails to understand due process.  The "criminals" have not yet had a trial to determine whether they are criminals or not.  But Tucker is positive they are criminals, running around the city committing even MORE crimes than the ones he has decided they are guilty of.

He does this because he cannot possibly imagine being in a situation where he could not afford his own bail.  With a net worth of $20 million, how could he?

So the idea that an innocent person is incarcerated for the crime of not being able to afford bail is absurd to him.

After all, people are innocent until proven guilty in a court of law.  Like Kavanaugh.

So abolishing bail, means criminals are out on the street.  But they are INNOCENT UNTIL PROVEN GUILTY, and therefore NOT criminals.

Democrats want to abolish the suburbs.

Because single family homes are racist.

No, but the "rules" that locked black people out of the housing market certainly were.

Low income, federally subsidised apartments will go up in the suburbs.

Not in TUCKER'S suburb, oh no.  In YOUR suburb.  POOR PEOPLE ARE COMING TO LIVE IN YOUR SUBURB!!!

The evil Democrats want to make housing affordable to all people.

The schools will change!  Of course they will.  Schools are directly funded from property taxes.  The poorer the area, the crappier the school.  That's just how it is... for some reason.

Your children are not safe from Title IX!!

Girls will be playing more sport!  Schools will have to crack down on sexual harassment and assault!  It's OK to be gay!

"Good luck to your sons".

And fixing the wage gap.

Tucker KNOWS he's not talking to black people, so it's not the government determining if you are being underpaid because of your skin colour - no, the threat is cold, heartless bankers deciding if YOU are being paid too much because you are white.

He cites no specific law, or even suggests the consequences of what would happen if the central bank determines that 6 million a year for a white man to spout bullshit 5 nights a week for one hour is too much.  But enough about Tucker's salary - this is about YOUR salary.  The Democrats are going to cut your salary, right?  Tucker did not actually say that, but You are successfully scared enough by now to connect the dots.

And back to immigration.

Nice little reference to your son kicked out of college under spurious sexual assault charges, who now can't find a job because of all the Mexicans.

And back to DACA.  The evil plan to give those who were born in the US and have known no other home citizenship.

The only reason they would do that is it furthers their nefarious plan to get votes.

Yes, more immigrants are coming.  To kill you, rape you and steal your job.

No wonder you're so terrified.

That is an hour of my life I want back.

Especially given that the "conversation" you wanted to have will likely result in a meme you grabbed from the Big Lebowski.