You will not have a clear result on election day. The ensuing riots will go on for weeks.  The military will be called in to control cities. People will die. Your second civil war will continue on into 2021. It's amazing how obvious it all is from afar.

I believe you are right, and I believe the same people that are rioting and burning now will be doing it then.  Guess what, it's not the Republicans, is it?  I notice that you can't answer this question - why is all of the rioting, etc., happening only in democratic cities?  What do you think Trump should do, recuse himself from the race because the left hates him?  That's not going to happen.  Hillary has already told Biden to "do not concede under any circumstances".   Why should Trump not do the same?  It's all one-sided with you people.  It's all my way or the highway.  The riots will continue (and please stop calling them "protests", they stopped being protests when people started being harrassed, beaten, and killed.  How long do you think sane people in this country are going to put up with this?  If Biden wins, Republicans will not start occupying city blocks and killing people.  But if Trump wins and the rioting continues, we will defend ourselves.

0
ReplyToggle Dropdown
Msg 279 of 331 to ElDotardoElDotardo
In reply toRe: msg 276

A top Democrat data and analytics firm funded by Michael Bloomberg claimed it is highly likely President Trump will win by a landslide on election night, but will ultimately lose in the following days after mail-in ballots continue to be counted.

Things to factor in:

So yes, mail in votes will be a big influence.

...I believe the same people that are rioting and burning now will be doing it then.

If Trump wins, yes.  However, if he loses - you are giving his base way too much credit if you think they will accept the result quietly.

There will be riots either way.

The riots will continue (and please stop calling them "protests", they stopped being protests when people started being harrassed, beaten, and killed. If Biden wins, Republicans will not start occupying city blocks and killing people. 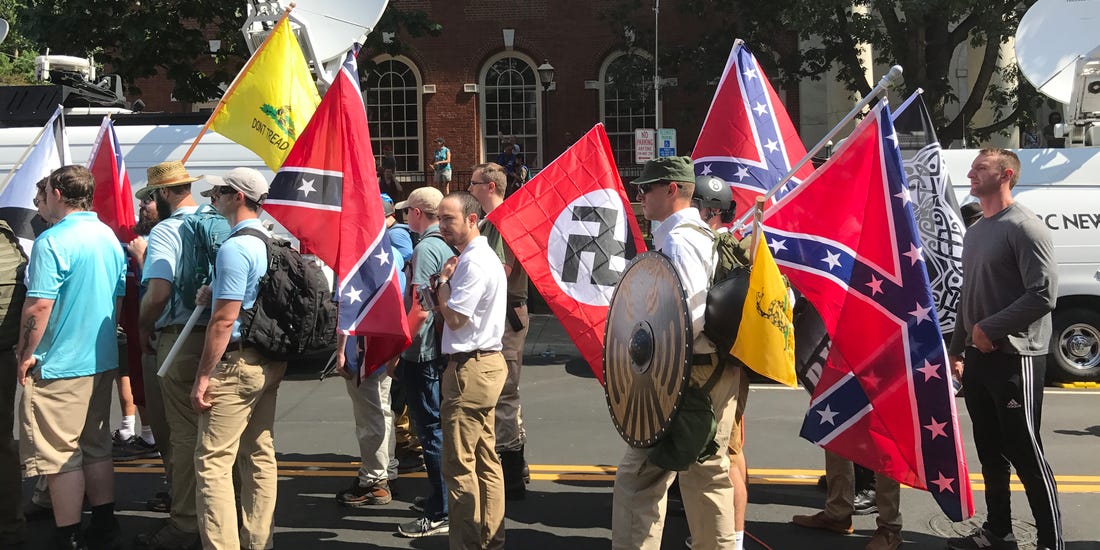 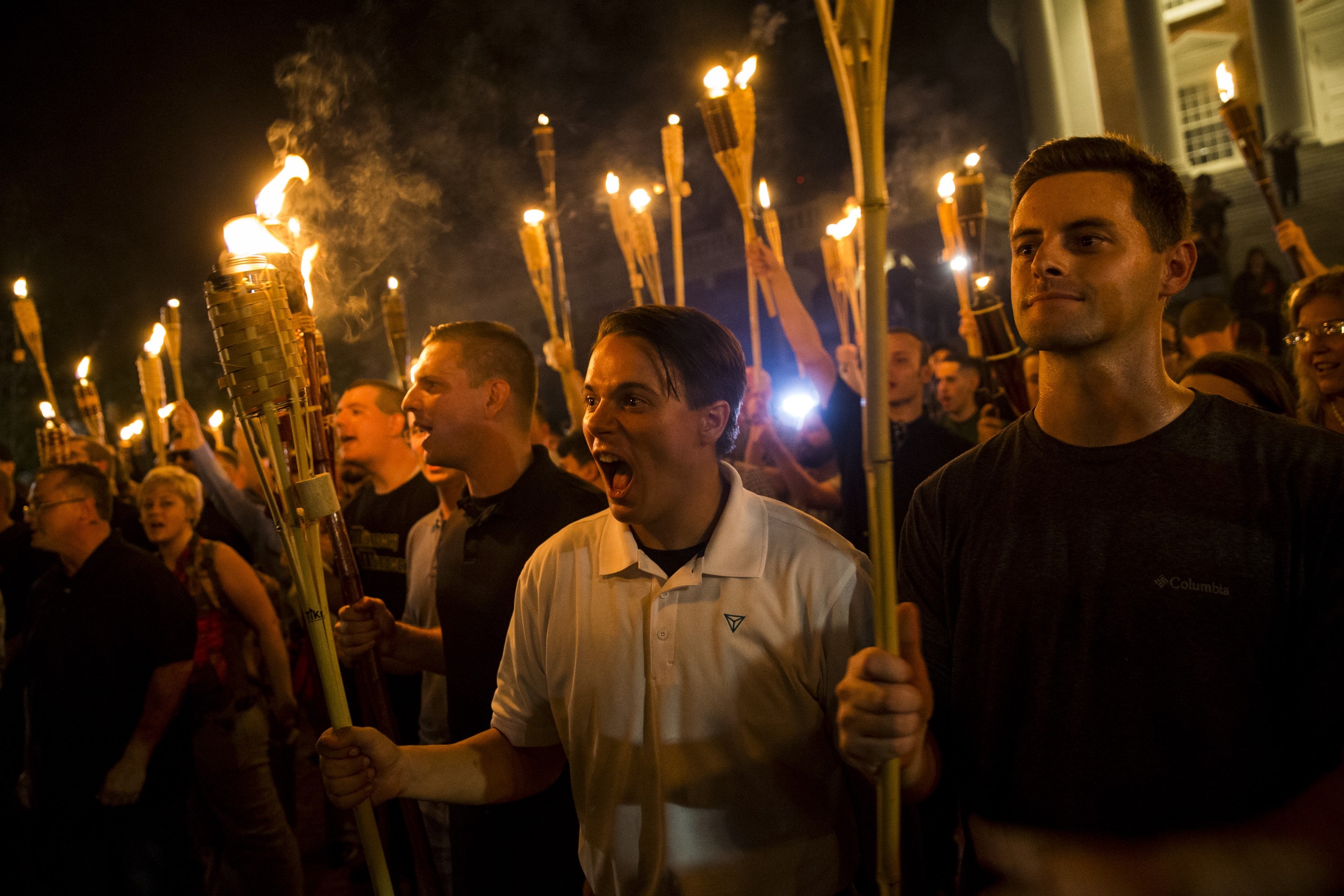 But if Trump wins and the rioting continues, we will defend ourselves.

The Democratic presidential nominee criticises the US President for refusing to acknowledge what he says is global warming's role in wildfires which have killed at least 33 people, burned millions of acres and destroyed thousands of homes.

You know, I can still remember when the NAZIs came here to Iowa.

I think that it was back in 2006. It was the National Alliance.

The National Alliance (NA) was for decades the most dangerous and best organized neo-Nazi formation in America. Explicitly genocidal in its ideology, NA materials call for the eradication of the Jews and other races and the creation of an all-white homeland.

Emboldened by the Fake Republican Steve King and his Confederate Flag on his Congressional desk, they passed out leaflets labeling my wife with a racist epithet, calling her and other Black and Brown immigrants the I-Word ("illegals"), in an open and blatant attempt to direct racist violence towards her.

No human being is "illegal". They had to reach back 500 years into history to when my wife's ancestors were considered as "illegals", cimarrones, negros huidos, negros fugitivos, because they ran away.

My wife was terrified.

There should be no bail pending trial, since the man is a clear flight risk.

He should have been arrested.

Instead, he was allowed to bully his way into the Presidency.

I think it's too late.

He started his campaign by bullying Iowans, and we let him get away with it.

His campaign spread a hate wave throughout Iowa, which grew in fertile ground.

Then he took his campaign of bullying nationwide, and in alliance with the NRA and the KKK, he escalated it to gunbullying.

His campaign's parting shots here in Iowa resulted in two police officers being ambused and assassinated just 30 miles south from here in the days leading up to the election.

Had this man been stopped when he came for the Iowans, he would be in jail today, and not in the Oval Office tomorrow.

But it's going to be really hard to arrest this man now that he's the President-Elect, after letting him get away with so much gunbullying during this long, long campaign.

And believe me, if you don't live here in Iowa, you have no idea just how long campaigns are.

If anybody else out there wants to have their caucus or primary be first in the nation, they can have the honor of going first next time around.

Long campaign seasons are no fun, believe me, especially when it is a campaign of hate.

Could Obama have Trump arrested if he starts a war with China before January 20th?

I think Obama would be justified in having the SS lock him in a room while he(obama) tried to make peace. This has never been needed before because most presidents elect respect the current president.
0
ReplyToggle Dropdown
Msg 286 of 331 to Jenifer (Zarknorph)Zarknorph
In reply toRe: msg 280

Judge to President Trump: No protection for speech inciting violence

A federal judge has rejected President Donald Trump's free speech defense against a lawsuit accusing him of inciting violence against protesters at a campaign rally.

Judge David J. Hale in Louisville ruled Friday that the suit against Trump, his campaign and three of his supporters can proceed. Hale found ample facts supporting allegations that the protesters' injuries were a "direct and proximate result" of Trump's actions, and noted that the Supreme Court has ruled out constitutional protections for speech that incites violence.

"It is plausible that Trump's direction to 'get 'em out of here' advocated the use of force," the judge wrote. "It was an order, an instruction, a command."

Heimbach, for his part, sought to dismiss the lawsuit's discussion of his association with a white nationalist group and of statements he made about how Trump could advance the group's interests. The judge declined, saying such information could be important context when determining punitive damages.

The judge also declined to remove allegations that Nwanguma, an African-American, was the victim of racial, ethnic and sexist slurs from the crowd at the rally. This context may support the plaintiffs' claims of negligence and incitement by Trump and his campaign, the judge said.

"While the words themselves are repulsive, they are relevant to show the atmosphere in which the alleged events occurred," Hale wrote.