Thanks a lot for the fix.

Well, we had the M-14. Winchester and H&R knew how to make guns, so they didn't pay as close as attention as they should have. So a lot of problems with their rifles in the field. TRW, which also got a contract, had never made rifles before. So they carefully studied "how to make rifles", tested their machinery and assembly procedures. They produced the best M-14s. Sadly, the contract was cancelled before the new equipment was paid off.

Much better to put the 4.6 in a Sabot and launch with 1700ft lbs. Imagine a SAW in such a caliber

Its a shame they didnt take a closer look at the Austrians, who also used the MG3, and then protected it with 5.56 AUGs.  Cold War 1984 goes hot, Austria really had the best mix of anyone...

There is a very critical flaw with your "Cold War goes hot in 1984" premise:  The hypothetical hot war could just as easily have happened before 1984.

If you're going to argue that West Germany should have switched to 5.56mm rifles to be better equipped to fight the Soviet hordes pouring through the Fulda Gap, logic dictates that the caliber change should've been done ASAP after the adoption of 5.56mm by the United States.

That could be pretty neat, similar to a modern version of the Interdynamics MKR: 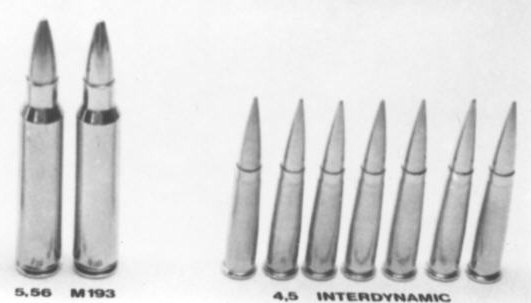 You're right, that would have been an excellent choice.

In fact the SEALS in Vietnam were quite fond of it for a similar reason to the Red Horde Fulda mower - on recon missions they appreciated the extra firepower made possible with its 40rd mag. 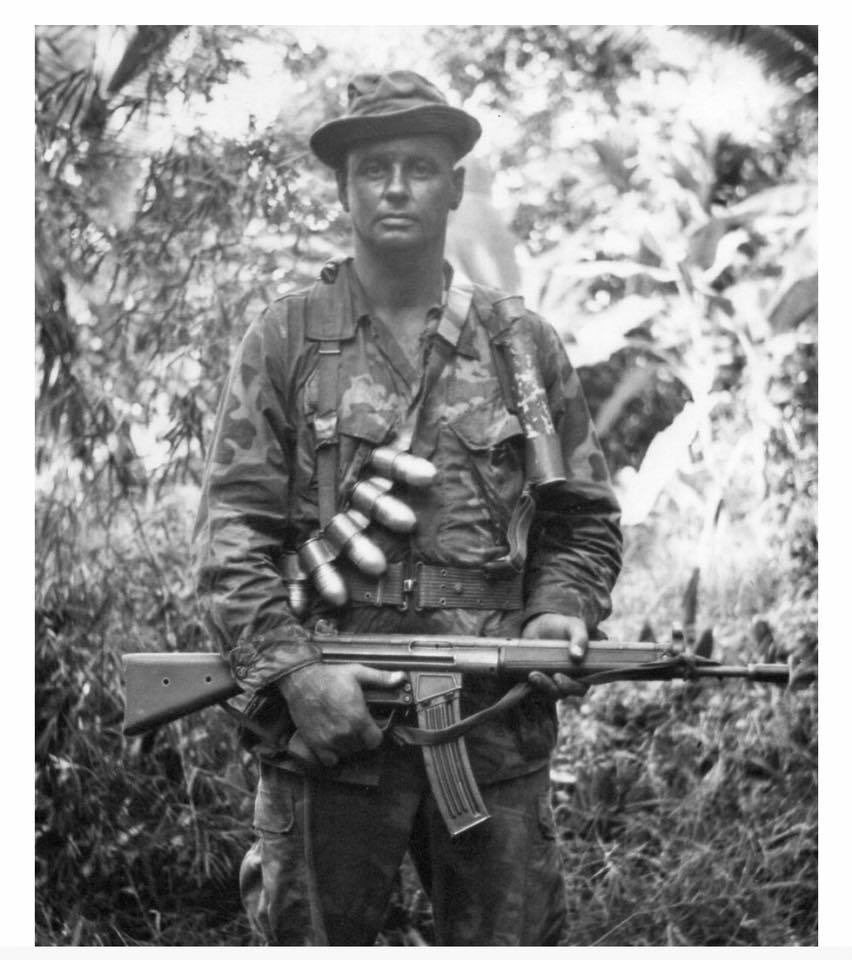 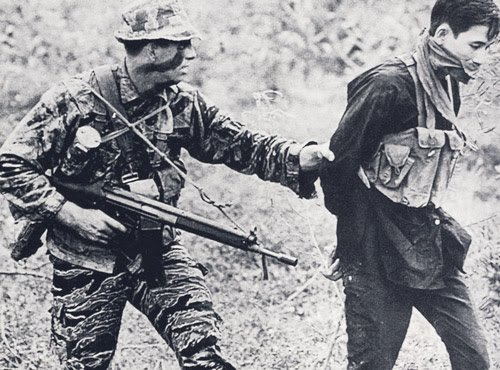 Very interesting.  I don't recall ever having read about SEAL use of the HK33.

IIRC, the Navy Seals were trialing a licensed copy of the HK-33 that Harrington & Richardson, the T223, that had previous failed against the M-16 trials. H&R never got their rifle to win traction in either military or civilian sales and quickly dropped it. The  possible "backdoor" entry in the US market never quite materialized on this one.

Personally, regarding the NGWS I remain skeptic but I also believe that there will be an attempt to integrate a good share of the technologies that this program is bringing. How so? Perhaps the "Arms Room Concept" that is being explored by the USMC can serve as a blueprint to turn the current structures and specialties into something else  under Force Design 2030.

“We seek to enhance the infantry battalion’s capabilities by adding organic multi-domain sensing (Operations in the Information Environment, Electronic Warfare, and Unmanned Aircraft Systems) capabilities, organic loitering munitions, and increased mobility. One of the changes being evaluated is a shift to an ‘arms room’ concept with the elimination of Weapons Company and the shift of weapons systems formerly associated with Weapons Company, 81mm mortars and the Javelin for example, into the headquarters or rifle companies. This will allow the rifle company to select mission-specific lethality and employ it organically,” reads the Force Design annual update.

“Adjusting to this concept will require a more highly trained and multi-disciplinary Marine, supported by a longer, more comprehensive entry-level pipeline; this is an effort currently underway within Training and Education Command.”

Shifting 81mm mortars and Javelin missiles from the weapons company to the rifle companies is a very limited implementation of the arms room concept.  (The Army has long fielded Javelins at the platoon level.)

P.S.  Welcome to the forum!

Welcome to the forum!