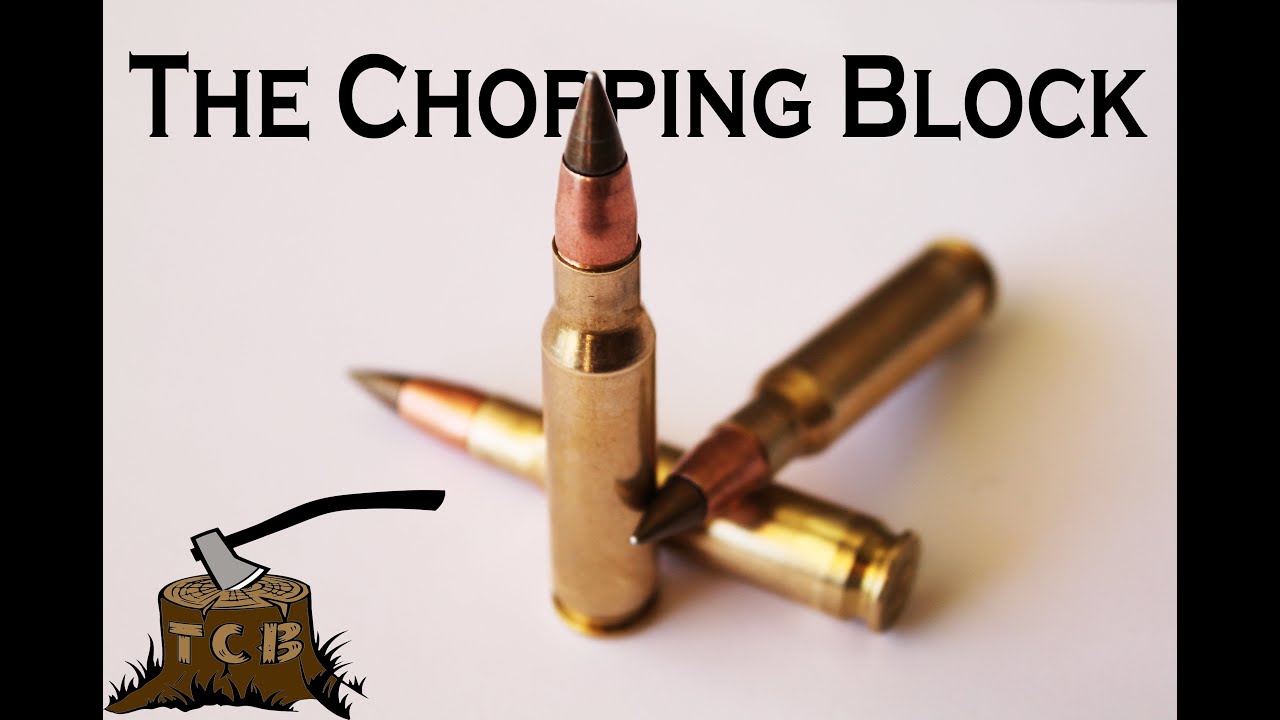 Level III+ is analogous to Russias 6B45 level armor; I'm not sure if that is their standard issue or not.

It will also be able to piece DIY steel armor like we've seen being used by the Ukrainians, and could probably expect to see improvised elsewhere. 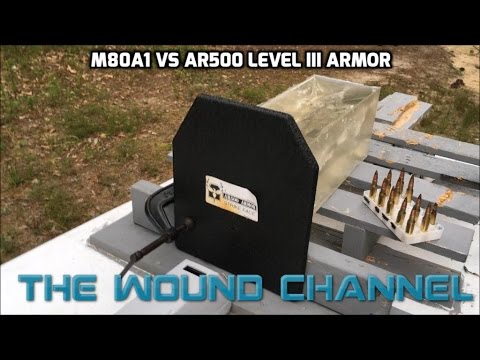 This is the first M80A1 body armor test so far, this is the 130gr lead free EPR 7.62 NATO round vs a steel Level III body armor plate from AR500armor.comYou...

...some people on this forum already pointed out that the bullet in the picture can't be a 135 gr bullet with the current EPR configuration (copper core instead of bismuth core), and the bullet lacks a crimping groove.

So it could be a "spiral one" bullet, and the test 6.8 mm GP bullet could be different.

It could be different.  Or it could be the test bullet is the same as in the photo.

AFAIK, there is nothing which says the GP bullet necessarily weighs 135 grains.

It's more likely that the 135 gr surrogate duplicates the weight of the SP bullet.

If the GP and SP bullets have the same dimensions, the GP would weigh less.

And I wouldn't read anything into the lack of a cannelure other than that the bullet may have been designed for CT ammo, which does not need a cannelure, and which -- until the news leak about Textron dropping out of the competition -- some here thought was the Army's preferred (or hoped for?) solution.

Notice that photos presented by the Army (see below and post #2589) show bullets that do not have cannelures. AFAIK, there is nothing which says the GP bullet necessarily weighs 135 grains.

The only clues we have are that:

The Cobalt / MARS offering was a 140gr @ 3200fps, which as far a I know is the exception. But that could be simply the round they showed to a gun mag after they were not selected.

Interestingly, Brigadier General Boruff also noted that his team was not ‘allowed’ to work with any of the submitting vendors until after the downselect. He said “the exciting point for us is that we can now work with SIG Sauer, we can refine some of the pressures in the weapon which will enhance the ammunition as we move forward.” As the US Army builds up its ammunition manufacturing capability Brigadier General Boruff explained that weapons and ammunition refinement will continue.

Which means what, exactly?

Thats the question. More pressure? Less? We'll have to see.

"as we move forward"

im assuming this means the army will use the spear as a platform like the m4...? will they field it sooner or after years of fine tuning?

I honestly think that projects like NGSW should be done in at least two phases.  The goals in this case were beyond current feasibility, so the vendors had to guess which compromises would be preferred.  Although we don't yet know the initial "requirements" in the NGSW RFP, we have seen reports that those for the velocity and weight reduction were reduced after the fact.   It seems that the initial downselect eliminated who guessed wrong and decided to meet velocity "requirements".  They submitted  larger-diameter conventional cartridges at "normal" pressures (6.8 short mag and 6.8 Sherwood).   The eventual winner chose unusually high pressure cartridge requiring a relatively expensive case, the same size as 7.62x51 and with minimal weight savings.

Competitions where none of the competitors can meet the aspirational goals lead to a situation of : "We would have proposed something different if we had only known the compromises you woulsd prefer." A second round of competition between TV and SIG would have allowed both companies to home in on functional improvements.  I would guess that TV would raise chamber pressure, permitting either a shorter version of what was submitted or non-bullpup versions.  They would probably submit a belt-fed LMG.   I have less of an idea of that SIG would change, but possibly felt-recoil reduction of its rifle.

Being an engineer, I also think that contracts like this should cover development expenses so that best ideas from all the competitors can be combined.   In a competition like this, seldom does one competitor have ALL the best ideas.  We may never know if the best compromise was a high-pressure TV cartridge in SIG weapons, for example.  That is, unless TV works on a similar idea to sell to other countries.

Competitions where none of the competitors can meet the aspirational goals lead to a situation of : "We would have proposed something different if we had only known the compromises you woulsd prefer." A second round of competition between TV and SIG would have allowed both companies to home in on functional improvements.  I would guess that TV would raise chamber pressure, permitting either a shorter version of what was submitted or non-bullpup versions.  They would probably submit a belt-fed LMG.

I don't see any logical reason for those conclusions.

1.  Being chosen for a second round would validate TV's submission of a bullpup NGSW-R and -AR, giving TV no cause to develop non-bullpup versions and/or a belt-fed LMG.

2.  Even if TV somehow concluded that they should switch horses mid-stream, who would design and develop a belt-fed LMG for them?  I doubt either TV or Beretta is able.