Bulk structured materials are gonna really change the game as they get cheap enough to be used in mass production of stuff like bullets and armor.

Elegant looks aside, from documents at the Bundesarchiv it is clear that SmKH cores are tungsten carbide.

We are talking of a material based on what Krupp offered on the commercial market as Widia ("wie Diamant", [hard] as diamond) for lathe cutting edges and the like.

A serious problem was that weight of the cores after sintering varied to a degree that require to sort them into weight classes. This is in my view another indication that they were too hard  for further processing to achieve a smaller weight tolerance.

Edit: In my very limited experience with steel(!) cores it was US .20 AP M2 cores that looked smooth and elegant, while German SmK cores  showed chatter.

We are talking of a material based on what Krupp offered on the commercial market as Widia ("wie Diamant", [hard] as diamond) for lathe cutting edges and the like.

Right.
Its also not easily possible to tell from a picture how a part has been manufactured.

Interestingly the SMKH core looks a lot more machined / elegant then the normal sintered WC cores we see, which are clearly optimized for sintering rather then ideals shape...

It is absolutely possible to sinter such shapes. Maybe its more expensive and slower.
Its also not possible to tell from a picture what manufacturing processes the part has been exposed to.
What you think are cut marks could be all sorts of things. Maybe they ground and polished the core.
To me the marks don't really look like cut marks. They are not long and continous around the part. They are short thin lines, irregulary spread all over the part. That is very uncommon for cut marks.

The SmK(H) loading is very hot and uncompromising optimised for armor penetration. I am really not supprised that it outperfoms a modern AP loading that has cost, safety and gun longlivety critera to fullfill as well as AP performance.

My educated guess is that the better performance of the SmK(H) is due to a combination of factors. As has allready been written here.
The projectile carries more engergy, the shape of the penetrator is better for this purpose (tip will not break off) and the lower impact velocity is under the shatter threshold of the materal and shape combination. The combination of lower impact velocity combined with ~25 % more kinetic energy propably is the most important factor.

Elegant looks aside, from documents at the Bundesarchiv it is clear that SmKH cores are tungsten carbide.  We are talking of a material based on what Krupp offered on the commercial market as Widia ("wie Diamant", [hard] as diamond) for lathe cutting edges and the like.

Buffman has done a PMI (Positive Material Identification) Test on the SMKH core.

It's very different then M993 composition, and the armor manufacturer also believes it's some type of WHA alloy and not WC.

As for how this mysterious super advanced AP projectile arrived in WW2, decades before WHA penetrators were fielded? I'm leaning on this: 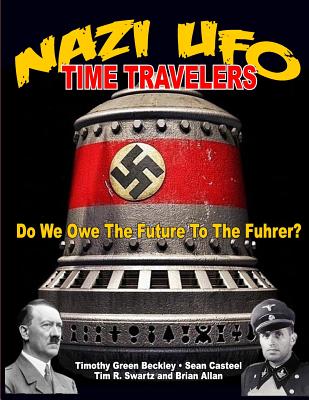 Our Tungsten Heavy Alloy hypothesis is based on 3 factors

1. All the Buffman tested Tungsten Carbide cores have shattered upon encountering ceramic...

Okay, but that does not prove the SMKH core is not tungsten carbide.  There are a number of other possible explanations.

However, the SMKH tests, the core has zipped through the plate almost without slowing down, the the core has punched though the clay backing, and zipped out into the countryside behind. Highly suggestive that the core is still solid and not fragmented.

2. Adept, maker of the Colossus plate, also thought it could be a Tungsten Heavy Alloy.

Okay, but just because the armor maker "thought it could be" a Tungsten Heavy Alloy, does not constitute proof that it actually is.

3. Buffmans had tested the core, and shows a metal composition thats suggestive of WHA vs WC

Well, if metallurgical analysis shows the SMKH core to be WHA, then you have proper evidence and do not need a hypothesis, do you?

Buffman has done a PMI (Positive Material Identification) Test on the SMKH core. The composition appears consistent with a Tungsten Heavy Metal composition vs Tungsten Carbide?

Unfortunately, the PMI can't tell you if there are carbon atoms in the mix, so you can't tell between tungsten alloy and tungsten carbide ceramic with this test.

It's very different then M993 composition, and the armor manufacturer also believes it's some type of WHA alloy and not WC.

As Schnuersi already pointed out, Tungsten Carbide is a ceramic embeded in a metallic matrix, and the behavior of the "tungsten carbide" depends heavily on the choice of the matrix.

Cobalt is the typical matrix material for tool grade WC. With qualities differing by Cobalt content and sintering pressure.

The numbers for the M993 seem pretty bad. Low grade material. Its an YG 15 (ish) grade. The low end of tool grade WC.

The numbers presented for the SmK(H) are indeed consitent with a WHA but it is extremly unlikely that at this point in time it really has been one. More likely is a WC with Copper-Nickel matrix.
Regardless of if the core of SmK(H) really is a WHA or not what is plain obvious from the two sets of numbers is the difference in actual W contend. The SmK(H) core is 90 W. The M993 core only 76 %. YG 15 WC is better than hardnened steel but as mentioned the poorest (cheapest) WC. It should be rather flexible and shatter resistant for a WC though. I think its pretty obvious that the material properties of the SmK(H) are better for violently punching trough stuff.

The M993 propably is a "victim" of modern engineering.
With the SmK(H) back in the day they tried the impossible and went full overengineering and money doesn't matter. Squeezing every little bit out of performance possible at the time out of it.
The M993 most likely has been designed and optimised to meet a specific specification, achieve this in the cheapest possible way and do nothing more. Obviously they succeeded in this sind everybody seems pretty happy with the result. The M993 and its counterparts in other nations are even happily issued en mass for use in MG belts. I doubt this would be the case with the SmK(H) nowadays.

Are there any commercial examples of a WC - Nickel - Copper alloy?

Googling, I can find a ton of WC - Cobalt alloys.