When it comes to height over bore nothing exceeds current G36 with a Red dot on top of the rail. 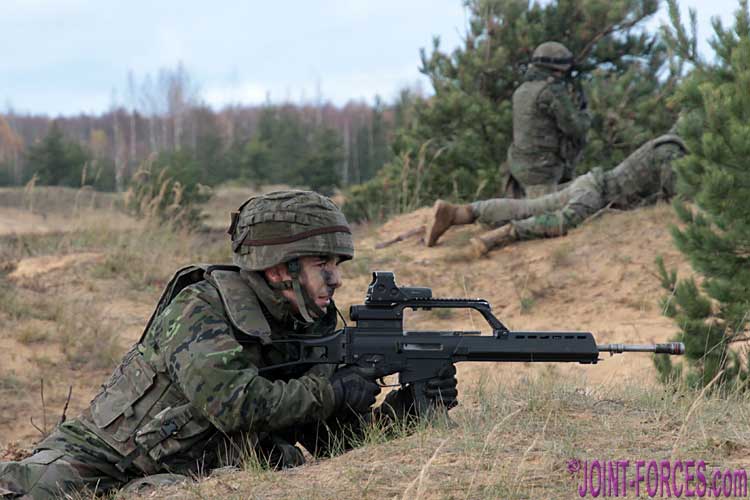 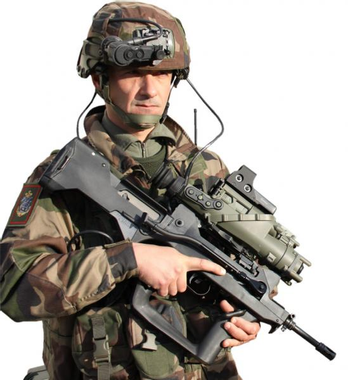 The xm8 was kinda a warmed over but ultimately flawed G36 to begin with, I'm curious which part of it's IP you think should be resurrected though?

Im curious if you see something that I may have missed.

I think that the Germans would be better served going basically any direction but that one.

0
ReplyToggle Dropdown
Msg 113 of 229 to roguetechieroguetechie
In reply toRe: msg 112

Nothing that could be retrofitted. G36 is not a bad gun, XM-8 was for all intents and purposes improved,

Euro gun optics approach was typically to make integrated sights specific to a gun (AUG,FN2000,G36etc..) ,but considering how long guns stay in service in European militaries that is not really practical anymore as optics are now improving much faster than the other elements.

HK already has a band-aid fix for the heat issue as well as the rail-mounted optics, rail system that also functions as a heat sink,the aluminum forend and top rail equipped rifle on one of my picts.

As Emeric showed a long time ago on this forum, the rail height is actually a non issue. Its impact on hit probability, considering realistic cant effects,  is of no significance.

I mean... I'm sure that emerics data was convincing...

To people who haven't shot rifles much.

I haven't seen much info on that concerning the assault rifles , but in sniper rifles where i am more at home we have seen some spectacular rifles that turned out less forgiving to shot well at distances purely because of the rail height. Remington MSR comes to mind

I had similar thoughts. Drop the rail as low as possible and just use a selectable left or right handed folding charging handle, and tweak the stock so that it corresponds to the lower rail height. Then use a 14.5-16" barrel, MLOK handguard, and whatever heat resistance upgrades are necessary.

I sure wouldn't sacrifice the ambidextrous charging handle just to reduce rail height by half an inch. Plus, I don't see all the concern over sight height above bore.  Has it been a problem in battle for troops armed with the G36?

Except for necessitating a slightly larger peephole when shooting from cover, was it ever of consequence in infantry combat?

1
ReplyToggle Dropdown
Msg 119 of 229 to stancriststancrist
In reply toRe: msg 118

sure wouldn't sacrifice the ambidextrous charging handle just to reduce rail height by half an inch.

If you look at that top picture, that red dot is so high its almost beyond chin weld to outright having the head off the stock.

Basically, in order to optimize the ambidextrous charging (a pretty minimal convenience vs a swapable ambi) it sacrifices the much more important ergonomics of sight height.

Having the sight that high makes it less comfortable / require more repositioning to switch between the magnified and red dot optic. It also means that at close range, the Red dot will have a much different point of impact.

Its very hard to find any 'perspective' photos of what a person looks like when firing from behind cover from the perspective of who they aiming at. This was the best one I could find.

If we imagine the above G36 putting the red dot on the center of this guys head, the bore offset may be enough that the round would actually strike the cover he's hiding behind. If we imagine that cover as a wall or berm (instead of this likely not bulletproof at all fiberglass ATV) we can imagine the problem that would be:

Likewise, if just the tip of a boot is exposed say from a wall or behind a car, that offset may be enough to induce a miss.

On the flipside, having a sight that high exposes the shooters head that much more above a wall/vehicle/cover in order to use the red dot. Also not good.

Really from a firearm design standpoint, height over bore is generally something to be minimized. You can certainly work around it, but good ergonomics design delivers a product that work naturally without requiring work arounds.