0
ReplyToggle Dropdown
Msg 306 of 348 to grayliongraylion
In reply toRe: msg 305

small caliber high velocity.
I though this one is common knowledge. Sorry.

0
ReplyToggle Dropdown
Msg 307 of 348 to schnuersischnuersi
In reply toRe: msg 300

One thing about AM, though. People are, for whatever reason, willing to accept products made from it than other methods. "This has MIM parts". And do I really need to bring up some reactions to castings?

0
ReplyToggle Dropdown
Msg 308 of 348 to FarmplinkerFarmplinker
In reply toRe: msg 307

Extrusions are great.... Almost sounds like you guys are inadvertantly describing the ots-128 in 7.62 NATO here.

Today, the judgment of Düsseldorf High Court (Oberlandesgericht) had been scheduled to be handed down.

Instead, the court decided that it needs to re-enter into questioning witnesses. If I understood the legal language of the courts public statement correctly:

The court was informed that Heckler & Koch, before the German Patent Court, changed its way of arguing to defend the validity of its scupper (thats how I call it) patent. This is the patent allegedly infringed by the Haenel rifle candidate.

The court sees the change of HKs position regarding the patent as substantial enough to re-discuss the matter in court, among other things re-assessing the chances that the scupper patent can be upheld at all.

P.S.: For those who wonder: a scupper (German: Speigatt) has been for centuries the way Navies got rid of unwanted water on the deck: let it flow back into the sea through appropriate holes.

Looks like the much hoped for German re-armament may already be on the rocks:

Whole article is good, but this section jumped out:

Of course, this is from an American newspaper, which may be coloring the analysis.

For our German members, hows this stack up with what you guys are hearing / sensing?

Is re-armament still on, or is it now being questioned?

Is re-armament still on, or is it now being questioned?

It was questioned the very second after the words left the Chancellors mouth.
That doesn't mean its canceled though.
Of course there are lots of people who question or oppose the 180 degree change. Basically the entire left of the political spectrum does. Otherwise they would have to admit they made a mistake and where wrong all the last decades. Which is not going to happen.

The celebreties writing a letter is acutally the reasonable part of these people. There are others that openly state that Ukraine just should surrender. Since this would be better for all of "us" and this way the fighting would stop immediatly.
These people have a very special relationship to reality.

My educated guess is the funding and rearmament depend on what is going to happen next. If the political pressure from abroad stays high and Russia continues to escalate it will happen. If not it most likely won't or only in a reduced way.

What a sad story. AMELI could have been a really neat "machine", but program management was directly criminal

0
ReplyToggle Dropdown
Msg 313 of 348 to poliorcetespoliorcetes
In reply toRe: msg 312

It really is a weirdly sad story.

What's even stranger Is the rheinmetal mg60 also failed to catch on too despite being equally compelling.

Personally I really like the Ameli. In my mind it represents the 5.56 belt fed done right.

Now that said, how useful 5.56 belt feds are outside of socom etc use?

0
ReplyToggle Dropdown
Msg 314 of 348 to roguetechieroguetechie
In reply toRe: msg 313

Personally I really like the Ameli. In my mind it represents the 5.56 belt fed done right.

Now that said, how useful 5.56 belt feds are outside of socom etc use? 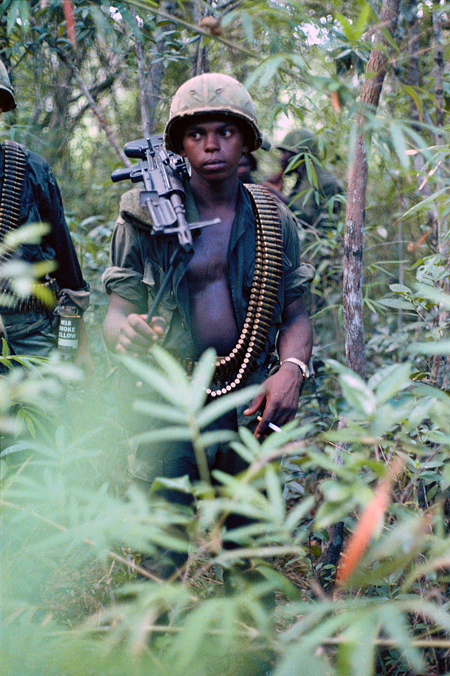 A buddy was an M60 gunner in Vietnam.

He once told me that he would've loved to have had a 5.56 belt-fed.