This will be a tough problem to solve

concidering that the vast majority are women and children I doubt the Ukrainian refugees will be of much help in this regard.

0
ReplyToggle Dropdown
Msg 322 of 348 to FarmplinkerFarmplinker
In reply toRe: msg 319

Yes its really crazy.
I have been at a company who does high quality welding for defense customers a couple of weeks ago... the age of their workforce especially the welders is really old. They are 25 % understaffed and can't find new people.
The guys they have are good but some of them can't pull of overtime all the time anymore and they would have to start training people for the replacement of retirees.

0
ReplyToggle Dropdown
Msg 323 of 348 to schnuersischnuersi
In reply toRe: msg 321

concidering that the vast majority are women 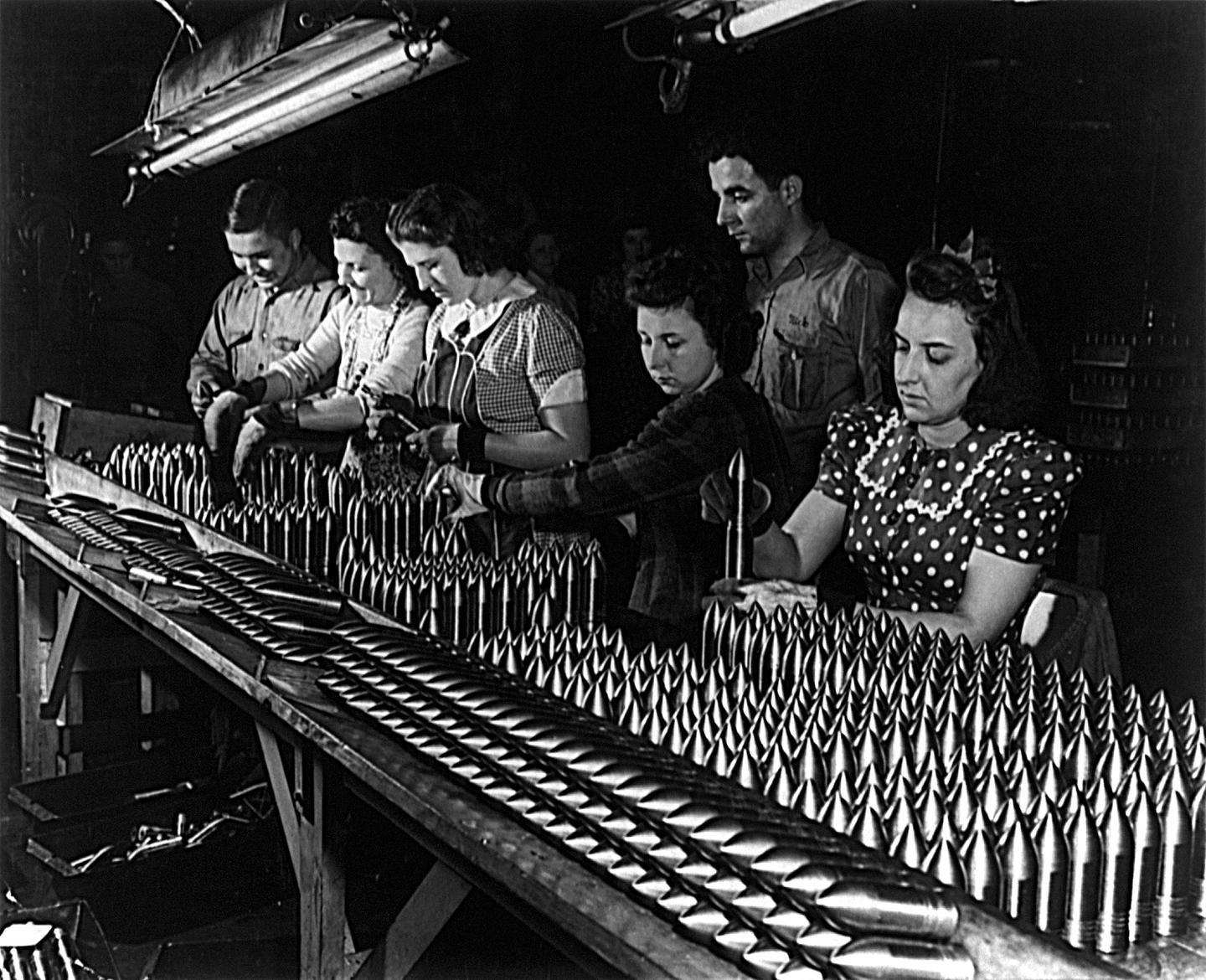 True but what you see on the picture is not how the modern defense industrie works or even how modern assebly lines look.
The pictures of the article you posted of KMWs Munich plant give you a far better impression how AFV assembly looks nowadays. 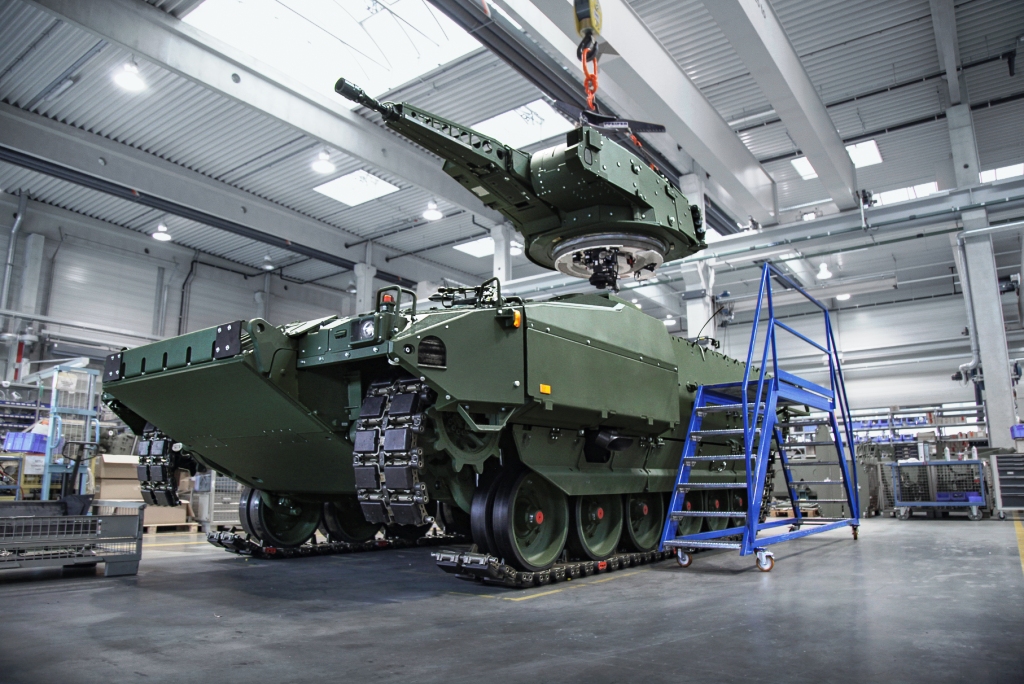 There also is a significant reluctance of women to work in STEM and especially the blue collar end of the spectrum.
I am affraid the days of Rosie the Riveter are long gone.

The rather simple labour that can be quickly learned is mostly done by machines nowadays. Besides there really is no shortage of unskilled labour in Germany. Really there is plenty of that. Its just not needed anymore. What are needed are trained and experienced specialists. Like the mentioned welders. It takes at least three years to train a welder so he or she gets his or her apprenticeship and is considered skilled. After that all the aditional training for the certificates to be allowed to weld armor will take at least another two years. The wash out rate is high. In the 50 % range.
Its comparable with mechanics, technicians and machinists. Takes years to get the to the level the defense or aerospace industry needs. Its the same with automotive BTW. The sad truth is few young people with low education have what it takes to succeed in these fields. They are missing the simple basics. Like discipline and motivation. This is why they fail their initial aprrenticeships at massive rates. So massive few companies even bother hiring them and start training them anymore. The youngsters with better education that actually bring discipline and motivation in additon do not want to work in blue collar jobs and are off to the university. Nowadays there is only a very small group of a given cohort that makes it into the skilled labour category. Most either remain unskilled or have higher education. So the competition for getting the skilled labour is high.

As mentioned above plus: It is not that there are no programs to bring new people into the workforce and to support and encurage you people to become skilled labourers. Its just that these programs all are ineffective. Because the people in charge ignore the facts of the modern reality. It used to be the way that there are three levels of school. The easiest for was a basic education. You could graduate after 10 years of attendance or not. People on this level would get low or unskilled jobs. Then there was the middle level with required a graduation after 10 successfully graduated years. These people used to be the vast majority and became skilled labour. The education actually aimed at putting the graduating students right into an apprenticeship at the age of 16. The highest level trained people for higher education and required a graduation after 13 successfully graduated year. The percentages used to be in the 20%-60%-20% range. This is the basic foundation of the German system. But nowadays the middle level has effectively completly disappeared and as a result the low level and high level have vastly inflated. To an allmost 50%-0-50% ratio. The 50 % on the low end are barely qualified and even if they are on paper they lack in soft skills. The graduates of the high level are overqualified and do not want to do blue collar work. This is why all steering and planing falls short. The current realities are complelty different to the way it should be, which is used as a base for planing.

In addition currently it is assumed that the Ukrainian refugees will return soon. So there are no long term plans for them.

*Ukrainan refugees will not be going back to Ukraine in big numbers, just look at much of eastern Europe , depopulating fast, folks moved west as soon as they could some countries have well over 20% drop in population since 1991 ,

0
ReplyToggle Dropdown
Msg 326 of 348 to schnuersischnuersi
In reply toRe: msg 324

There also is a significant reluctance of women to work in STEM and especially the blue collar end of the spectrum.

Nope. There is a significant reluctance by men to allow women into STEM - gatekeeping is still very much in effect. And why would a woman expose themseves to constant abuse?

0
ReplyToggle Dropdown
Msg 327 of 348 to grayliongraylion
In reply toRe: msg 326

Nope. There is a significant reluctance by men to allow women into STEM - gatekeeping is still very much in effect.

My experience is completly different.
This might have been the case in the '70 and early '80 but not since then.
The partner of one of my good friend is an engineer (i don't know if she is a good one since i have not worked with her). Both my sisters hold a PhD. One in molecular biology the other in bio informatics. In the company I worked befor we had a trans gender female in the workshop, in the labteam we had a woman. The technical service team had two women. All long term employees. Well regarded by everyone. Even though the company deliberatly tried to hire women there simply where non intrested or available.
Currently everybody is happy if he gets any new coworkers at all. Regardless of gender, age, race, religion or what not. The important part is that they do their job well. They need to contribute to the performance of the team. Since the industry demands a lot and the standards of productivity is very high there is an acceptance problem for underperformers. Which often leads to women being washed out quickly. Since they are not used to be treated really equal and high demands being put on them. The ones that do fit in an do their jobs well are as well regarded as any other coworker.
When I was still working in the industry as a team leader I did threw several females from my team because they would not perform to the average standard. I did the same with men but none of the females made it and some men did. In several cases my team members complained about the new ones and demanded their removal. The thing is numbers are utterly ruthless. A new team member means increased performance numbers. If the new member doesn't deliver everybody else has to compensate. Resulting in more work for everyone. Which is a complete no go.

And why would a woman expose themseves to constant abuse?

Why should men? Yes blue collar jobs often are demanding. Often to the point of abuse. This is the way it is but they are the base of the economy. No production no money for anything.
IMHO the question is wich of these jobs can women actually do.

I am currently involved into the training of engineering students. A couple of them are female and in their late 20th. They all did blue collar work befor. The females are physically broken. To the point where they are unfit for their previous vacation. Mostly bone and back/spine issues. Which is why they are now trained to become engineers so they can do white collar work. I personally think that having an apprenticeship first and study engineering after that is a really good thing. Ruining your physical health certainly isn't. Same in the army. I have seen female soldiers in combat units ruing their physical health in record time.

What I have wittnessed several times in the recent past is more or less the opposit of what you claim. Females are so much favoured and pampered that they get rejected and disliked for it. They have special rules, special conditions, special rights but less responsibility. They are not held to the same standard. Wich IMHO is appaling. Its the opposit of equality and all flak that gets thrown into their face because of this is well deserved.

There are so many programs trying to get women into STEM for a long time now. All in vain. Its pretty obvious that the majority of females simply are not intrested. Even in super equal countries like Sweden and Norway the number of females in STEM fields is much lower than men.

2
ReplyToggle Dropdown
Msg 328 of 348 to schnuersischnuersi
In reply toRe: msg 327

Friend of mine was an activist in the CCC, founded the Haecksen. In a CCC lab she got told "go away and menstruate". And that was this side of the millennium. Things have not changed all that much.

0
ReplyToggle Dropdown
Msg 329 of 348 to grayliongraylion
In reply toRe: msg 328

Friend of mine was an activist in the CCC, founded the Haecksen.

Yeaaa... ok... IT... these guys are often really special. The members of CCC are even more special than average IT. Normal men often don't like them. Of the CCC members I met I don't remember liking any or even taking them serious.
BTW my sister who has a degree in bio informatics is a CCC member. She dislikes most of the other members as well. Allthough not because they are sexist but because they are unpleasent people.
But IT is not all of STEM. Its only one part. Its also not really blue collar.

In a CCC lab she got told "go away and menstruate"

Out of context that indeed sounds bad. But I would ask why, what the trigger. Just the fact that she entered the room? Or did she do or say something? Was there an argument?
Out of context a lot of things sound sexist, racist or whatever.

And that was this side of the millennium. Things have not changed all that much.

I have not witnessed such things the other side of the millennium. Not even in the army and the tone and the manners there have been pretty rough.