So i just noticed that apparently there were two different models of HK433. This one was the one and only model in the official HK website

And this one was i believe the earlier model. 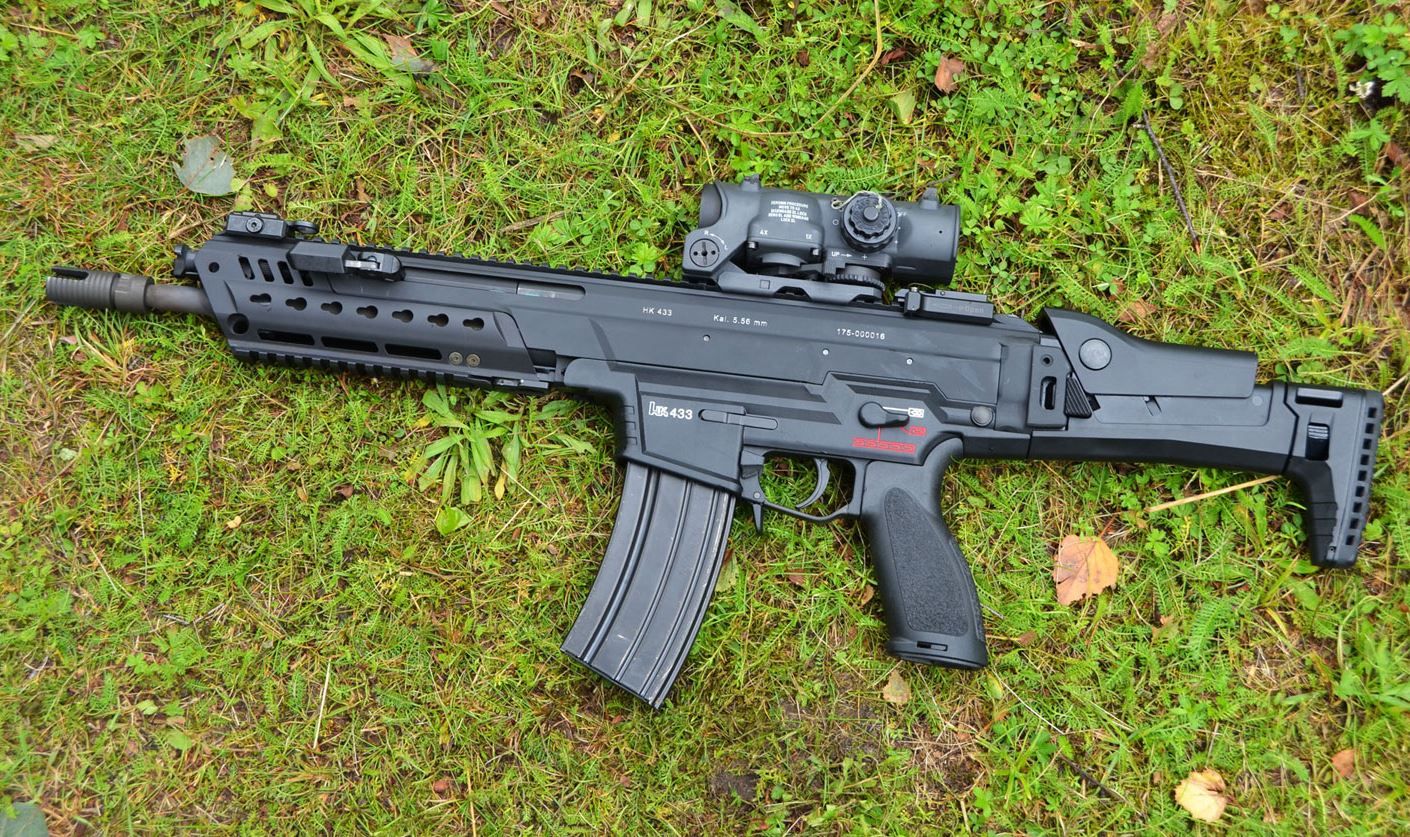 You can see that both have many differences, mainly in the receiver design. The one shown in the official website has a lower that pretty much resembles the HK416 minus the HK style selector while the other, earlier model has a more original lower and upper receiver design.

Shitshow continues, now Heckler is to be awarded the contract to supply HK416A8, of course, Haenel will fight it in courts. No new tender is planed 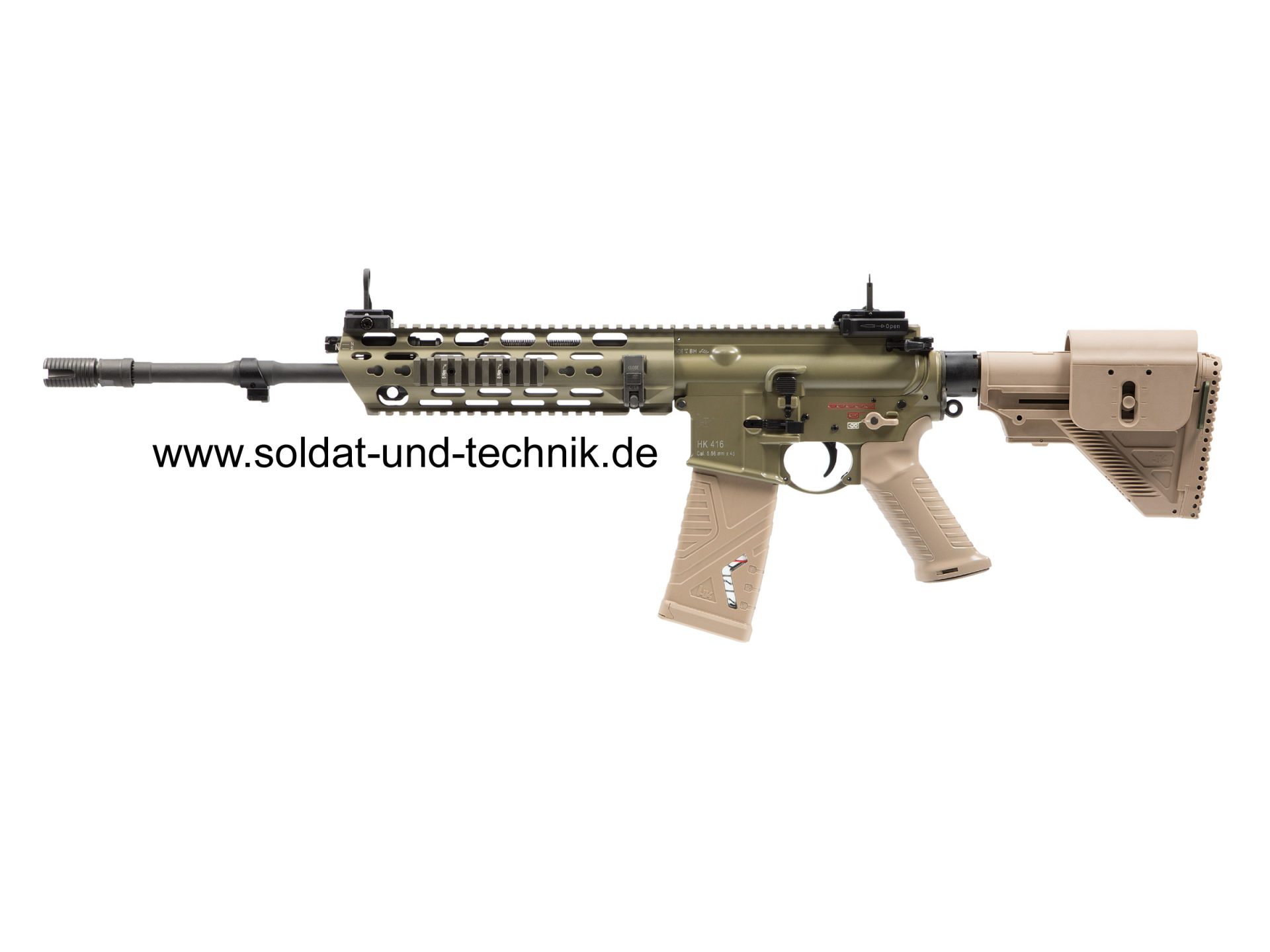 AFAIK Spanish Armed Forces aren't going to update their G-36. If they finally do, there are several and savvy options for retrofit kit such as steyr's and others. But they don't find it needed, and our summers are HOT... so after 20 years they should know better than Germans if such problem exists or not.

All this process is just a political and industrial scandal

2
ReplyToggle Dropdown
Msg 95 of 104 to poliorcetespoliorcetes
In reply toRe: msg 94

And all this while NGSW is being developed. What an epic waste of money.

0
ReplyToggle Dropdown
Msg 96 of 104 to grayliongraylion
In reply toRe: msg 95

US Army has an abysmal track record for getting shit done not incremental ones and definitely not leaps forward.  NGSW-R is more likely than not just one of many dead ends. Following scripts seen so many times before , Projects are started, then developed to 95% then dropped, in few lucky cases the contractors develop the product till the end for launch on the civilian market only to be then bought by US DOD decade later if it catches on the civilan market.

The only part of NGSW-R that will 100% certainty make it are the optics which are low risk and are already in stages of development irrespective of the program, on all other aspects i wouldn't bet my money on.

LMAO indeed, so it will be another AR in the end. What about the 433?

Well, idk why but i really want the haenel to win. They seems to be a good (or at least decent) option for a service rifle. The price is quite cheap too compared to 416.

But looking at the directions of the whole dumpster fire of a procurement, in the end I'm sure it will be HK who will have the last laugh knowing they can't lose.

But FCS is going to offer a really sub par performance if it's mounted on a 5.56 rifle. It will excel with a much more energetic cartridge, and such cartridge is going to be heavy if it is conventional.

Textron entry has been in development the last 23 years at least. I bet for CT cartridge

1
ReplyToggle Dropdown
Msg 99 of 104 to poliorcetespoliorcetes
In reply toRe: msg 98

FCS is still by leaps and bounds the largest leap you can make in lethality, as you are going to see a considerable increase in the hit probability and range. New cartridge not so much. Combat ranges are not extending,

Afghan experience is fucking up the data and generations of military folks that went through it. Also, keep in mind immensely corrupt US military procurement system is very political and as you se Marines literally had to smuggle through the IAR with lots of smoke and mirrors to fool the politicians to get the HK M27, or Navy its SuperHornet. I don't see much political capital being invested into the NGSW

We might see polymer cases and stuff,but that is just about it .

This is literally what is going on. 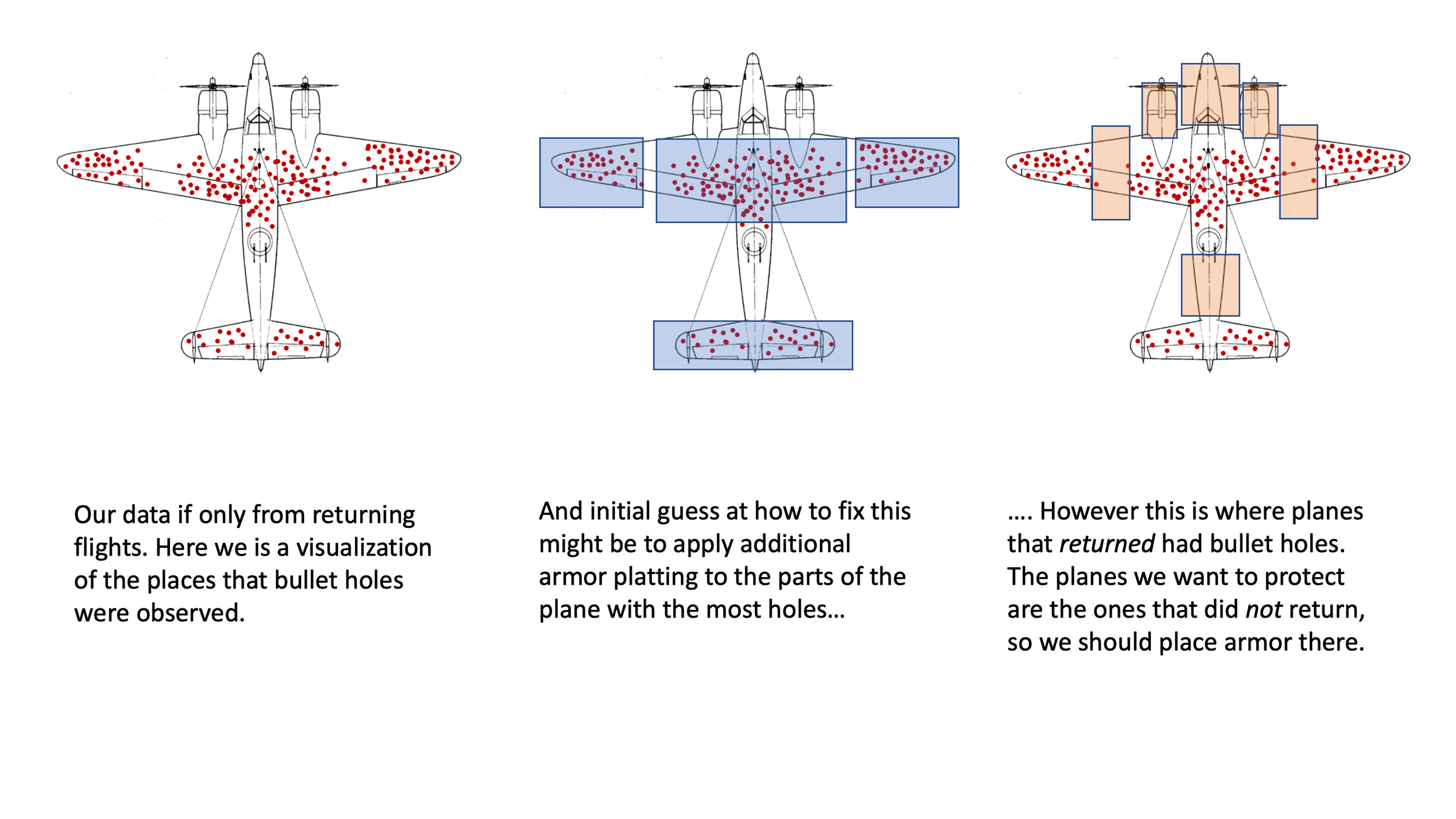 I'm agree with you that Afgan experience is influencing analysis a bit too much. However, there are other scenarios in which that 2000J of added energy are going to be welcomed.  First of all, even M855A1 depends on fragmentation and fragmentation depends on terminal velocity. More energy well conserved and delivered as XM1186 is supposed to do is going to offer practical advantages for that (for instance, not only accuracy at 400m range or even more, but practical effects at those ranges). Think also about obstacle penetration, either in woods or in urban landscapes up to certain point. And having a 4000J cartridge with growth margin both in cartridge and weapon design offers some capabilities against targets protected by ESAPI armor.

We outsiders don't know about NGWS progresses. We just can guess. But as our NATO ROEs are very restrictive on raw and brute force (i.e. using of organic resources from company level to higher levels), squad weapons are going to be increasingly important and it is not possible to increase 5.56 performance meaningfully

And don't forget another aspect of the problem: an operative NGSW is going to be a visual symbol of supremacy. It's like a space shuttle but for squads: we have this galactic rifle and you poors don't. At every parade, people will watch either futuristic weapons, quite far from their father and grandpa's weapons, comparable with those Russians parading at kremlin square with AK.

2
ReplyToggle Dropdown
Msg 101 of 104 to poliorcetespoliorcetes
In reply toRe: msg 100

I agree. I am currently co-writing a defence policy document for a political party. One of the things we are saying is "closely observe NGSW".