0
ReplyToggle Dropdown
Msg 47 of 146 to autogunautogun
In reply toRe: msg 45 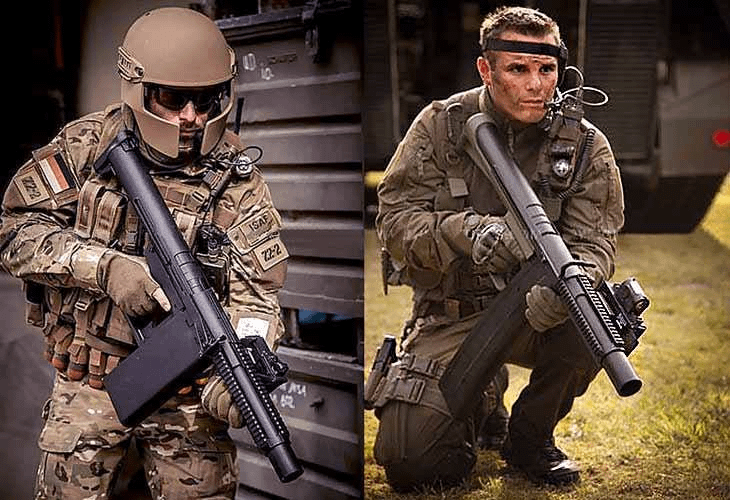 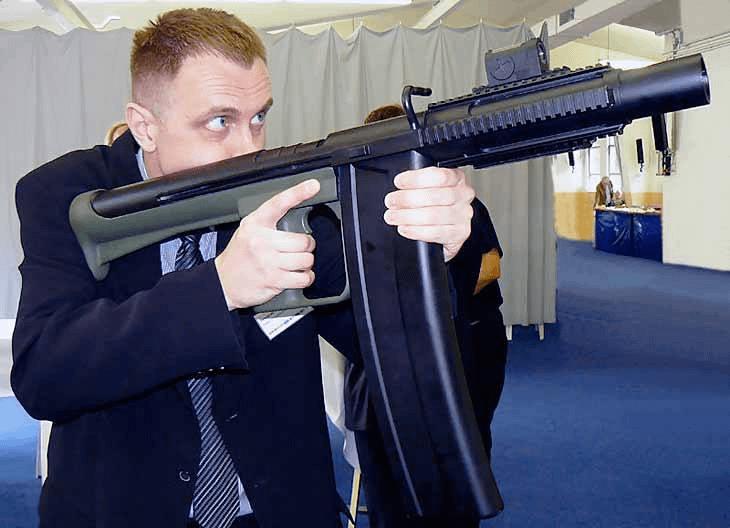 0
ReplyToggle Dropdown
Msg 49 of 146 to stancriststancrist
In reply toRe: msg 47

Thanks for the pics - I first saw a mock-up of this a decade or more ago. Looks as if it's made some progress.

I wonder how much of a problem it would be to make the magazine housing rotatable, so the mag could stick out from the side rather than downwards. Either that or the firer could lie on his side, or his back....

0
ReplyToggle Dropdown
Msg 50 of 146 to RefleksRefleks
In reply toRe: msg 48

Is there such a thing as military-grade stilts that would allow short people (like me) to use it? :)

0
ReplyToggle Dropdown
Msg 51 of 146 to nincompnincomp
In reply toRe: msg 50

Box Magazine in 40mm doesn't seem practical. Even in 12gauge shotguns, they get huge really fas,and tubular mag seems to be prefered.

0
ReplyToggle Dropdown
Msg 52 of 146 to RefleksRefleks
In reply toRe: msg 48

I'm wondering how spare mags will be carried...

This would seem to be a useful time to take another look at Metal Storm.

The changes I envisage being needed to achieve this go in the following sequence:

1.   Design a stand-alone shoulder gun without considering any UGL applications.

2.   Switch from the LV to the new medium-velocity (MV) rounds (which MS is already working on). These double the maximum range to 800m, but more importantly halve the trajectory height and projectile flight time to any range, providing far greater practical accuracy.

3.   The only downside with MV ammunition is the increased recoil, since the muzzle velocity is raised to 105-120 m/s. It has been calculated that a weapon firing MV ammunition should weigh at least 5 kg to reduce the recoil to a level which the average soldier will find tolerable. A typical conventional single-barrel 40mm LV launcher, with stock, weighs around 2.5 kg, give or take a bit.

4.   If the weight needs to be doubled to cope with MV ammunition, then a virtue can be made from necessity by giving it two barrels. This would not only double the "magazine" capacity, it would provide the option of loading each barrel with different ammunition – say, HE in one barrel, shot or flechette rounds in the other for close-quarter fighting – with the choice between them being made at the flick of a switch.

5.  Since there is no need to provide space for a reloading mechanism, there is no reason to provide a conventional stock or even a receiver. The weapon could simply consist of the two barrels (stacked one above the other), a combined breech mechanism and very short butt attached to the back end, and a skeleton framework clamped to the barrel, supporting Picatinny rails. The breech block could flip open sideways to permit reloading (and incidentally, unlike the 3GL, there would be no restriction on the length of the rounds which could be loaded). The back of the breechblock, which forms the butt, could either be thickly padded or if necessary fitted with an hydraulic recoil damper. This layout would save the weight of the stock and allow the barrels to be significantly longer while keeping the overall length of the weapon short. This would provide space for more than three rounds per barrel – at least four, and possibly up to six depending on weight considerations and possibly on the acceptable degree of variation in muzzle velocity.

6.   Some other details: the Picatinny rails would include electrical contacts. This would mean that the pistol grip unit – which would include the trigger, safety, barrel selector and battery – could be attached anywhere on the underside rail to adjust the length of pull to the user's choice. The location of the forward handgrip/bipod, sights and cheek-piece could be similarly adjusted. The electrical contacts would also facilitate the addition of STK's air-burst system, using fuze setters on the muzzle.

7.   Safety concerns about having the breech so close to the firer's head could be addressed not only by safety interlocks to prevent the gun from being fired unless the breech is securely locked, but also by fitting a Kevlar shield.

The potential advantages of such a weapon appear to be considerable. Compared with the obvious rivals – the six-shot revolver GLs – it would be far more compact, much faster-firing, have a larger ammunition capacity and would offer the instant availability of two different ammunition types. A tactical option, depending on the circumstances, could be to keep one barrel loaded and leave the other free to single-load specialised rounds such as flare, smoke, or video reconnaissance types. With the STK grenade range to choose from, it would be very cheap to pick any existing projectiles (including less-lethal types for riot control) and attach the MS propellant/gas seal unit to them. The use of shot projectiles – or the development of multiple flechette loadings – would provide a devastating close-quarter battle capability which, with at least eight rounds available, could make the carrying of a second weapon unnecessary. A heavy single-flechette round could also provide a useful long-range performance against body armour.