The more things change, the more they keep the same

0
ReplyToggle Dropdown
Msg 614 of 1033 to roguetechieroguetechie
In reply toRe: msg 603

I think there is a point of dimishing returns.
The idea behind a rifle is accurate fire at ranges in the 300-500 m bracket. For this a certain size and power is needed. Shrinking a rifle down so it doesn't deliver this anymore really puts the concept of a rifle in question.

Because 84 mm are awefully large and heavy. The firing signature is excessive. Such power is not allways needed.
40 mm needs smaller weapons and a larger number can be carried. There are several scenarios in which launching salvos of 40 mm will be more effective than a single 84 mm.

IF a HE based squad structure would become reality IMHO it makes much sense to actually develope optimised weapons for this. Not to rely on legacy designs originally intended for a different purpose.

It also has been more or less a reality in the past.
While most soldiers carried rifles in the past their contribution to a firefight often was rather low. The decicive weapons have been the MG and the HE lobbers. Regardless if in the form of rifle grenades, grenade launchers or light mortars.

During WW2 the main weapons of the German infantry have been the MG, the rifle grenade, the mortar and the light infantry gun. Rifleman/SMgunners only really contributed in close combat situations. In most cases they only provided aditional eyes, ammo carrying capacity and replacement gunners/crews.

The main advantage of an SBR for the medic (and certain other individuals) is commonality of ammunition and magazines with the riflemen in the unit. 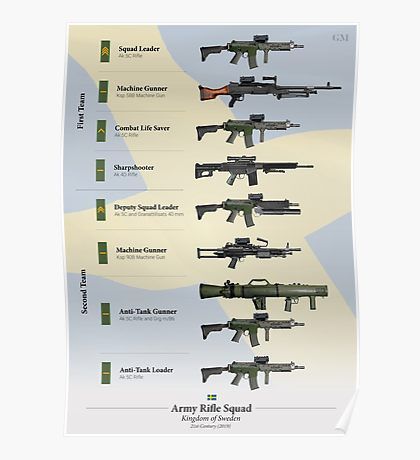 So you should probably ask the French this not me as almost half the 416's they're acquiring are in this bbl length range.

That said, I'm working on a folding stock ACR brace (basically your standard ACR 7 position stock but with the butt pad replaced by a brace)  equipped 11.5" barrel "backpack/truck gun" which will have either a 1-4 lpvo or a red dot and magnifier combo on top.

Firing pretty standard 68 grain bthp ammo this should push my rounds well enough to induce projectile fragmentation out to 275 meters or more. (300 meters with a 12" barrel)

Mind you too, that with a fragmentation range of 275 meters I'm actually capable of pushing effective fire out to 75 meters past the range where the overwhelming majority of actual hits from small arms occur.

The round I'm using is nowhere near as good as say m855a1 or mk318 mod 1 to boot and I still outrange an mp7 or p90 by a comfortable distance while being able to hit harder at those ranges than they can at the muzzle.

Will it be less convenient? Sure but I can live with this.