I was wondering how different armies (WW2 and modern) treated the small-arms training of left-handed infantry. Were/are they all expected to shoot right-handed, or allowed to shoot left-handed?

One case I have read of was the Bren Gun, which has the stock and sights skewed to one side so the gunner could see past the magazine. I've never had the pleasure of firing one, but I understand that it definitely had to be fired right-handed.

What about bolt-action rifles? I have fired Lee-Enfields left-handed on many occasions (I am normally right-handed, but for iron-sights shooting I have a left master eye - my right eye is short-sighted). It is a bit slower and more awkward to operate the bolt left-handed, but were the troops firmly discouraged from doing so?

How about SMGs? The Sterling is a kind of semi-bullpup, I'm not sure how comfortable that is to shoot left-handed.

With bullpup rifles, most are difficult or uncomfortable to shoot left-handed (although recent designs are finding ways around this), and I believe that the British Army trains soldiers to fire right-handed only.

Of course, the problem of left-handed shooting can be increased by the control layout although again, modern rifles often have ambidextrous controls.

0
ReplyToggle Dropdown
Msg 2 of 28 to autogunautogun
In reply toRe: msg 1

Looking at it from another perspective, such as handedness in other aspects of society:

Until the 1960’s and 70’s there was an expectation that people could simply use things right-handed.

0
ReplyToggle Dropdown
Msg 3 of 28 to RovingPedantRovingPedant
In reply toRe: msg 2

Back home, left handers were told "use the nice hand" in school.

0
ReplyToggle Dropdown
Msg 4 of 28 to autogunautogun
In reply toRe: msg 1

I cannot offer any input re training of left-handed infantrymen, but US M1 and M14 rifles are ambidextrous designs:

The M1 carbine does not have an ambi safety, but is usable by lefties: 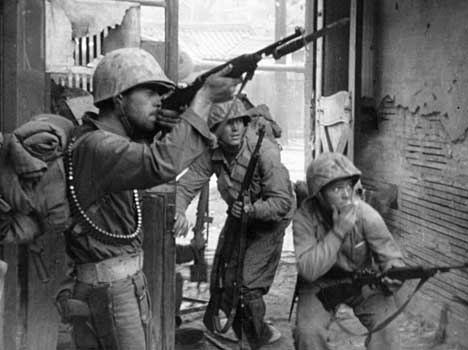 0
ReplyToggle Dropdown
Msg 5 of 28 to autogunautogun
In reply toRe: msg 1

One case I have read of was the Bren Gun, which has the stock and sights skewed to one side so the gunner could see past the magazine. I've never had the pleasure of firing one, but I understand that it definitely had to be fired right-handed. 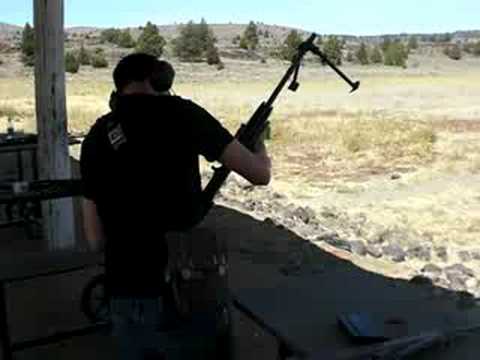 0
ReplyToggle Dropdown
Msg 6 of 28 to autogunautogun
In reply toRe: msg 1

The Wehrmacht shooting training manual HDv 240 as of 1937 required right-handed shooting. Left-handed was only allowed with a written medical certificate.  The Merkblatt 40/14 of 1943 did not change this.

The Bundeswehr (ZDv 3/12 of 1972, item 305) leaves the choice to the soldier. But it recommends right-hand shooting because the safeties are laid out for right-hand operation.

I have sometimes seen left-hand G3 shooting , but never with the machine gun or the MP2 (UZI).

Does anyone know the prevalence of left-eye dominance?  I am left-handed, but right-eye dominant.

I broke bones my left hand when I was a teenager and had to write with my right hand for a couple of months.  It was strange, I developed a stutter and lost the ability to easily distinguish left from right without looking down at my hands (when given driving instructions, for example).  Things got better when I was again able to use my left hand, but it took some time.  The main advantage that I gained was to be able to write on a chalk board with either hand.  Writing on a chalk board with both hands never failed to cause the class to laugh, so the teachers soon stopped calling on me to do so.  Mission Accomplished!

2
ReplyToggle Dropdown
Msg 8 of 28 to JPeelenJPeelen
In reply toRe: msg 6

0
ReplyToggle Dropdown
Msg 9 of 28 to nincompnincomp
In reply toRe: msg 7

I can write with either hand, but my calligraphy is so terrible that friends joke about me having two left hands

That said, I usually shoot with my right hand, but I can shoot with either eye using either hand.

But there indeed are things I do better (less clumsy) with the left hand, and the lack of 'left hand friendliness' is a PITA.

0
ReplyToggle Dropdown
Msg 10 of 28 to autogunautogun
In reply toRe: msg 1

Frankly, I had expected a number of contributions regarding the position of armies (over time) in this respect. I am surprised there are so few responses. Let me add quotes from British and Canadian Army manuals.

[UK Small Arms Training, Vol. I, Pamphlet 3, 1937 (p. 35) and 1942 (p.13)]
Use of left shoulder
A man with a normal vision learning to use the rifle can be taught to fire from the right shoulder, for which the rifle is constructed, as easily as from the left. Any inclination to use the left shoulder will, therefore, be discouraged.

[CA Shoot to Live 1945]
(I did not find a single mention of left-handed shooters.)