So I was recently looking into the new F15EX, and I noticed that its 20mm cannon is actually a 20mm gatling gun with a 6,000rpm rate of fire and 500rd magazine.

To me, the 20mm seems most promising, as its 6000rpm would seem to offer the highest hit probability against a supersonic jet; a 0.5 second burst would be 50 rounds.

On the other hand, if modern cannon sights offer a high hit probability, then perhaps a more powerful shell is advantageous?

Has there been a general consensus on what is optimal for modern air-to-air combat cannon?

0
ReplyToggle Dropdown
Msg 2 of 49 to gatnerdgatnerd
In reply toRe: msg 1

To me, the 20mm seems most promising, as its 6000rpm would seem to offer the highest hit probability against a supersonic jet; a 0.5 second burst would be 50 rounds.

It's nothing like that high. The gun needs time to spool up to full rate of fire. the M61 weighs about 90 kg and fires 60 rounds in one second compared to the lightest gun, the Russian GSh-30-1 at 50 kgs, which fires 25 rounds a second.

I've no idea about the newest of the guns, the 25 mm, but it's another gatling so unlikely to be particularly light or fast firing in the first 1 second.

0
ReplyToggle Dropdown
Msg 3 of 49 to gatnerdgatnerd
In reply toRe: msg 1

The Gatling gun needs a fraction of second in order to "spin at full rate", so the RoF of 6000 rpm can't be compared with single-barrel revolver gun RoF.

I remembered that during the first half second, the M61 Vulcan was shooting "only" ~30 rounds and not the theoretical ~50.

0
ReplyToggle Dropdown
Msg 4 of 49 to gatnerdgatnerd
In reply toRe: msg 1

Aside from spool-up time also consider the range and weight of fire larger caliber rounds provide over the Vulcan not to mention the electric power requirements.

''Mauser BK 27 fires in the first 0.5 s 4 kg of projectiles in contrast to the 2 kg of the M61 Vulcan which also needs about 25 kW electrical power on the maximum fire rate.''

0
ReplyToggle Dropdown
Msg 5 of 49 to gatnerdgatnerd
In reply toRe: msg 1

Unsurprisingly, Tony has you covered in his blog:

Briefly, as others have mentioned, if you consider the 'throw weight' as the preferred metric, M61 Vulcan isn't a good idea, other guns can put a lot more HE on target in the same time.

If, however, hit probability is what you want, the M61 is indeed a good option, albeit not the best.

Then again, there's the whole debate over the usefulness of fighter guns to begin with, especially when the super agility missiles + helmet mounted sights / displays combination showing increasingly better results.

2
ReplyToggle Dropdown
Msg 6 of 49 to renatohmrenatohm
In reply toRe: msg 5

I guess Vulcan is kind of a requirement in US fighters as otherwise from the airplane design side the main issue is how to incorporate the bulk and keep the balance when full or empty ammo load.

From what i have read for a while the Mauser cannon was seriously being considered for F35 for a while as the setup in very compact , but i guess now they play with a gunpod on the B variant 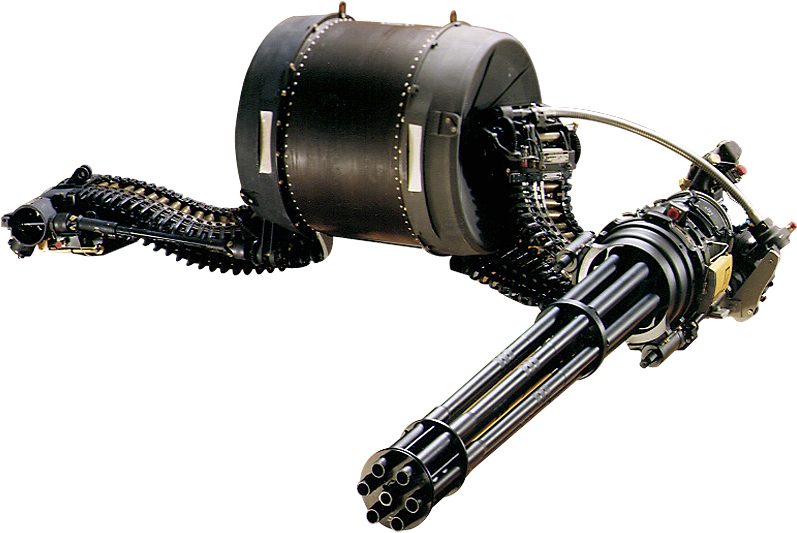 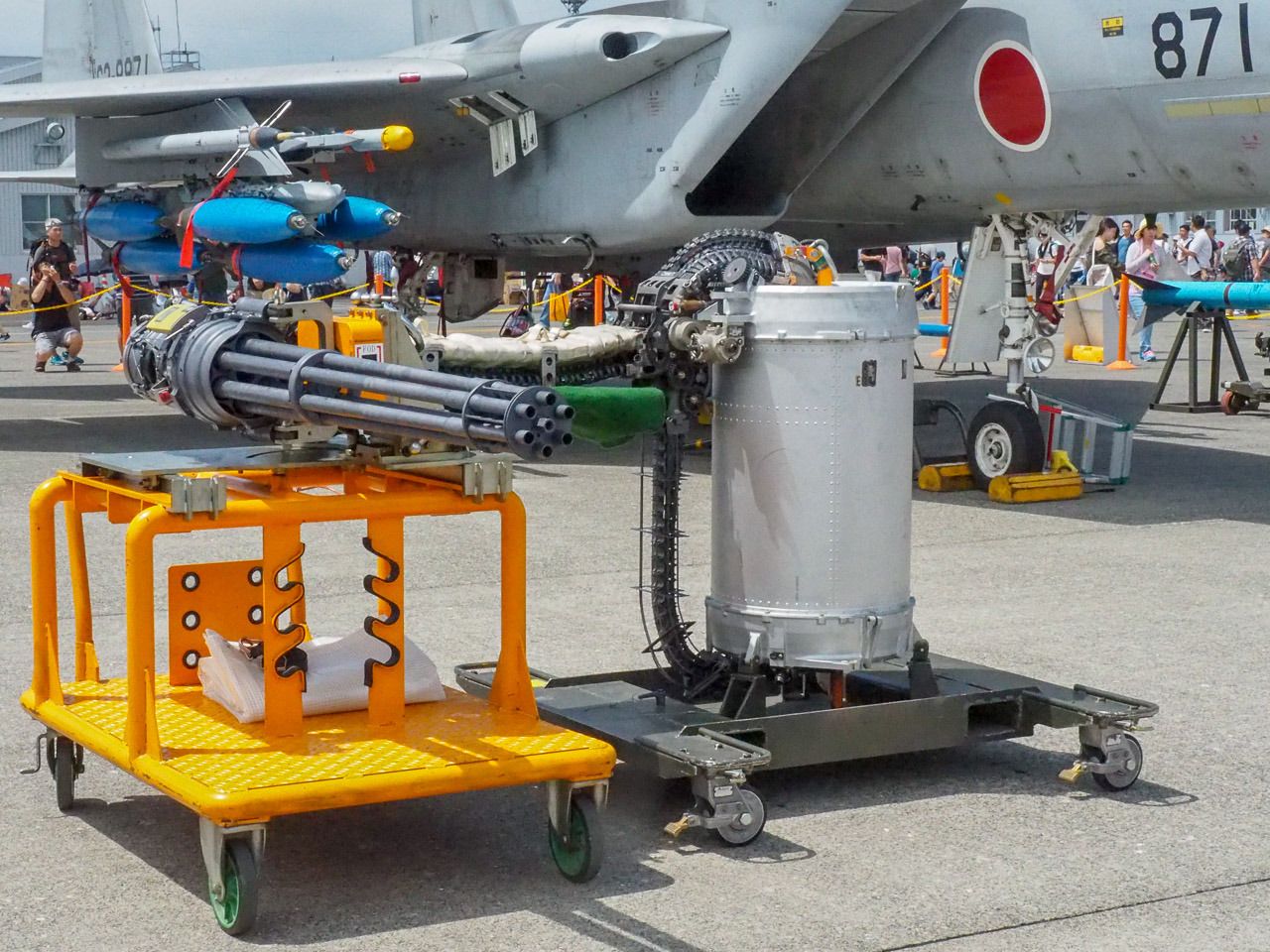 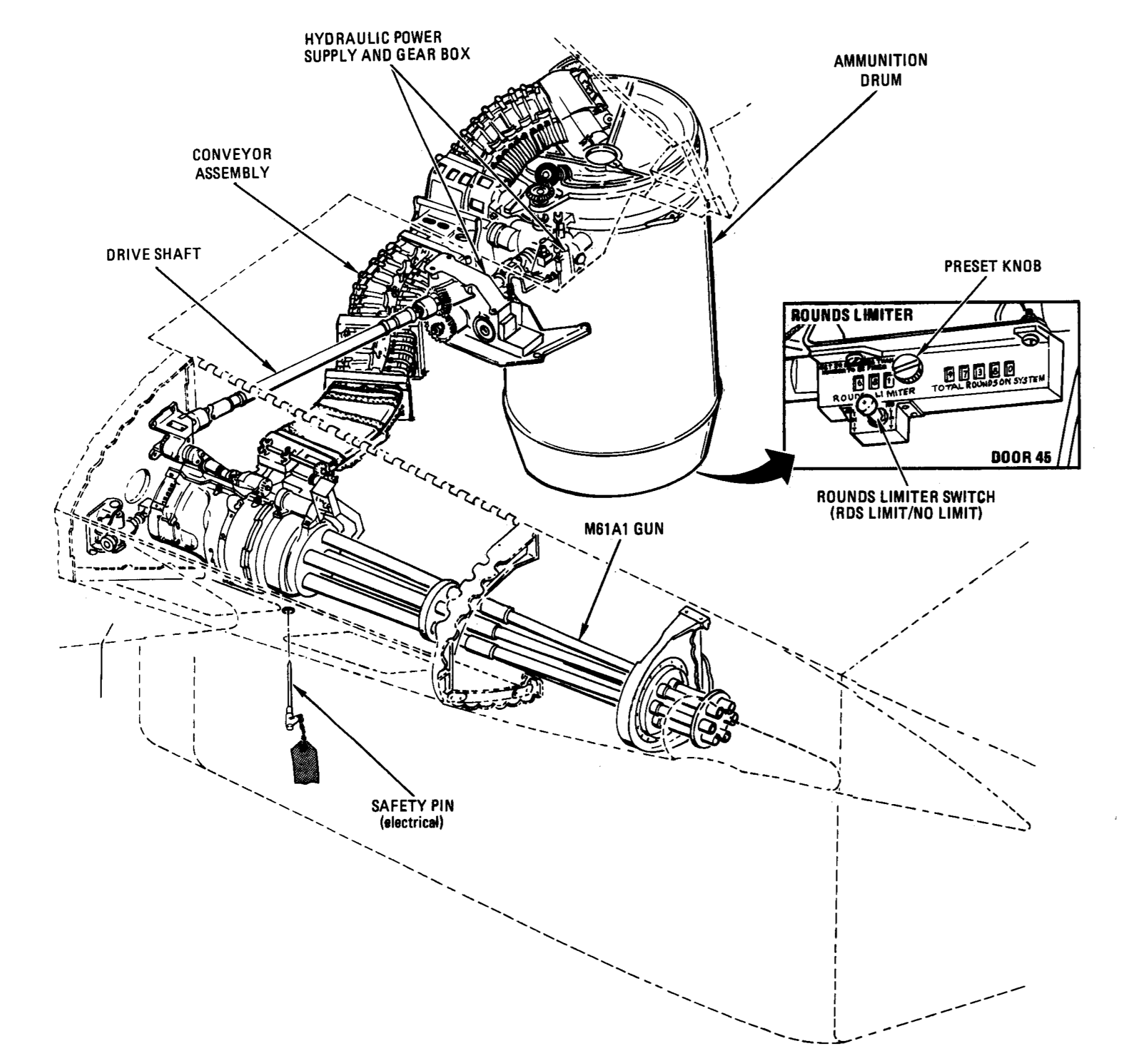 From what i have read for a while the Mauser cannon was seriously being considered for F35 for a while as the setup in very compact , but i guess now they play with a gunpod on the B variant

Yes. Both contenders for the F-35 contract proposed mounting a Mauser BK 27. However, when Lockheed Martin won the contract for the plane, they subcontracted the gun installation to General Dynamics, who promptly dropped the Mauser in favour of the 25mm GAU-12/U which happened to be made by...(drum roll)...General Dynamics. This caused some problems because it is a bigger and heavier gun than the Mauser and the F-35B in particular was turning out to be overweight. So GD were awarded another contract to develop a smaller and lighter version of the 25mm rotary with four barrels instead of five, the GAU-22/A.

I remember reading something where the author wrote something to the point of yes, you're going to get more hits with an M61, but you're going to need them to reliably shoot down enemy aircraft compared to 23mm on up.

0
ReplyToggle Dropdown
Msg 9 of 49 to renatohmrenatohm
In reply toRe: msg 5

I suspect it will be like the 60s. "We don't need guns because missiles are so much better", until we find we need guns.

I wouldn't be surprised if advances in EW and stealth cancel out improvements in missile targeting technologies. Say IR signatures reduction might reduce the "all-aspect" abilities of IR seekers. The vulnerability to heat-seekers might be further reduced by deploying "dazzlers" to fry electronics of missiles coming in at the most radiating areas. (The rear of the plane.) More and more aircraft are carrying jamming equipment to protect against radar guided missiles.

So don't rule guns out, or even less important, yet.

0
ReplyToggle Dropdown
Msg 10 of 49 to FarmplinkerFarmplinker
In reply toRe: msg 9