It seems the 105-90mm cannon turret gave way to an IFV turret , kinda leaving a question why not just use a typical naval RWS

The armored boat X18 Tank Boat (also designated as FSV - Fire Support Vessel) is an all-composite catamaran boat with a maximum length of 18.9 m and a width of 16.65 m, designed for operations on rivers and in the coastal zone of the seas. The draft of the boat should not exceed 1.05 m. The boat is equipped with two MAN V8 diesel engines with a power of 1200 hp each. with two water cannons and must reach a maximum speed of 40 knots. A fuel reserve of 5000 liters should provide a cruising range of up to 300 miles at a speed of 30 knots and up to 450 miles at an economic speed of 10 knots.

Although initially the main armament of the boat was declared the Belgian steel twin-turret Cockerill 3105 equipped with a muzzle brake 105-mm rifled tank gun Cockerill CT-CV 105HP (similar to the one installedon the Turkish-Indonesian "medium" tank Harimau), however, the actually built prototype of the boat eventually received a lighter remote-controlled uninhabited tower Cockerill 3030 provided by RT Pindad, equipped with a 30-mm Northrop Grumman Bushmaster Mk 44 automatic cannon and a coaxial 7.62-mm machine gun ...

Also on the boat are two 12.7 mm M2 machine guns on conventional turrets. The Swedish group Saab AB is responsible for the complex of weapons and electronic equipment of the boat. The crew of the boat is four to six people (depending on the calculation of the tower), and it is possible to accommodate 20 paratroopers.

Of greatest interest is the material of the hull of the boat X18. According to John Landin's statements, the boat was to be made entirely of some newer composite material, which is supposedly "10 times stronger than steel, but also 10 times lighter than steel." This material provides the boat with ballistic protection. Moreover, this composite is non-combustible, which will exclude the possibility of repeating the history with the Klewang trimaran . 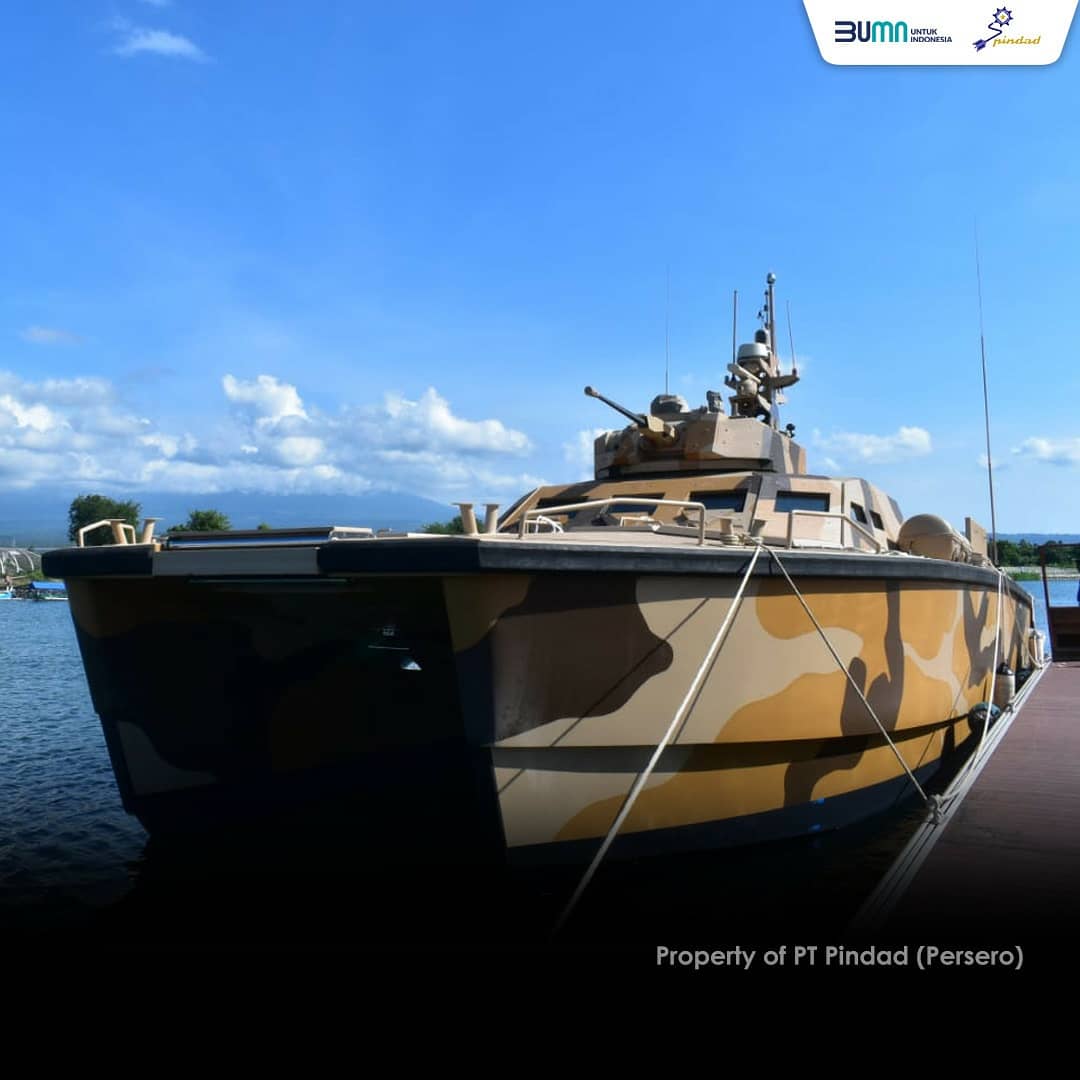 The crew of the boat is four to six people (depending on the calculation of the tower), and it is possible to accommodate 20 paratroopers.

0
ReplyToggle Dropdown
Msg 3 of 6 to stancriststancrist
In reply toRe: msg 2

Stan, shame on you!  You know that you are not allowed to put classified photos on the interwebs!

0
ReplyToggle Dropdown
Msg 4 of 6 to nincompnincomp
In reply toRe: msg 3

Sorry, I couldn't help myself.  The idea of having airborne troops parachute from boats instead of aircraft is such a revolutionary concept.

1
ReplyToggle Dropdown
Msg 5 of 6 to stancriststancrist
In reply toRe: msg 4

It would be something straight out of a Bond film. :D

0
ReplyToggle Dropdown
Msg 6 of 6 to larrikin2larrikin2
In reply toRe: msg 5

For some reason I imagine large cannons (like those in a circus) firing  parachute-wearing troops.