Could be just some vapor vare. They are touting some rock bottom prices for something that is not off the shelf

According to a report by Savvas Vlassis, the presentation took place before a large delegation of senior officers of the Army, who, in addition to praising the entire effort, exchanged views and questions to clarify individual details.

The design of the AOR rifle began in September 2019 and was completed in March 2020.

Indicatively, the available versions are:

The representatives of the AOR Design team developed the proposal that, as a private initiative, is addressed to the Greek State, i.e. for the production of weapons by the state Hellenic Defence Systems (EAS), since the existing legislation does not allow such activity by another body. The completed proposal includes full cooperation in product design and a consulting role in all subsequent phases related to the construction of functional prototypes, certification and design of the production line.

So let the rifle in these order numbers from the Ministry of the Interior cost € 1,000 / piece. (against foreign competitors placed at € 1,500 / pc). This means: 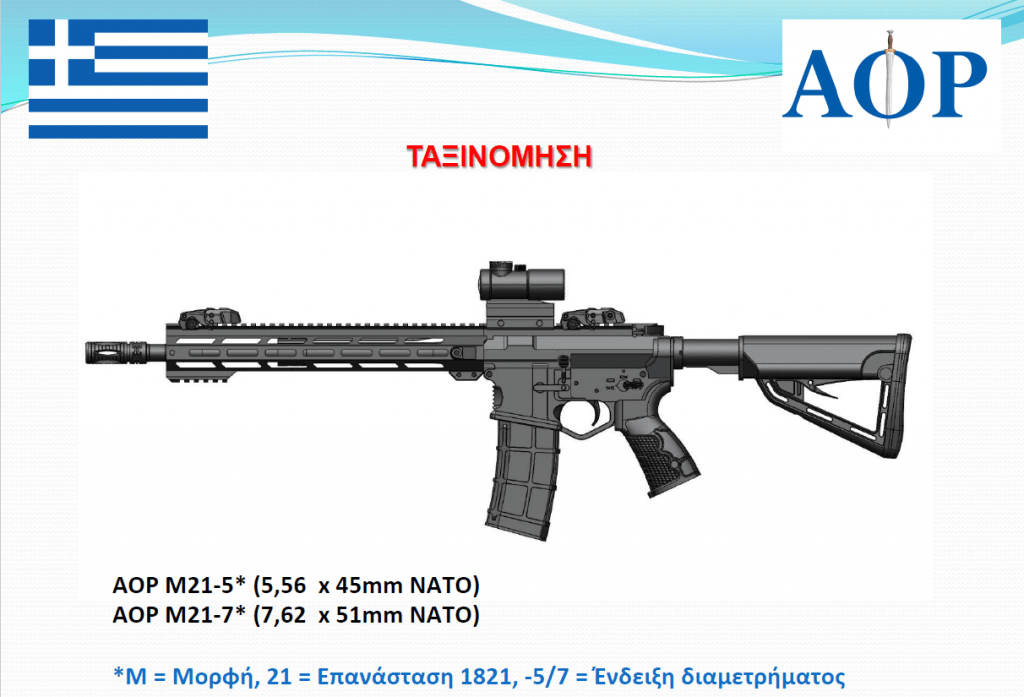 Could be just some vapor vare. They are touting some rock bottom prices for something that is not off the shelf

3
ReplyToggle Dropdown
Msg 3 of 3 to stancriststancrist
In reply toRe: msg 2