0
ReplyToggle Dropdown
Msg 58 of 172 to schnuersischnuersi
In reply toRe: msg 44

stancrist said: I don't know of anyone else who defines SAW = SCHV LMG.

I think the definition is really obvious. The weapon widely known and mostly assosiated with the term SAW is the M249. Which is a SCHV weapon. The difference between the M249 and other LMGs really is the caliber. Later the term was used for other weapons filling a similar role. Using SAW for full caliber belt feds came much later.

One (rather significant) problem with that reasoning is that using "SAW" for the M249 came some years later than its original application to the XM235 SAW.

Since the XM235 was not a SCHV weapon, it's technically incorrect to say SAW = SCHV LMG.  And you do keep insisting we should be technically correct, right?

I just picked up the term SAW and used it to describe SCHV LMGs because the former is shorter, I am lazy and to me it was an obvious thing.

Being lazy myself, I can appreciate the desire to use a 3-letter acronym rather than one with seven letters.

There also was a need to distingish the two because people in a SCHV vs full power or 5,56 vs 7,62 debate people would commonly refer to 5,56 belt feds as LMGs but they are simply not the same category of weapon as full caliber MGs.

Granted.  Nevertheless, that does not change the fact that 5.56 belt-feds are LMGs.

stancrist said: The US Army considers the M240 to be a MMG, regardless of what type mount is used.

Ok, but this clearly is a US special and a nomenclature choice based on something not technical at all.

Not true.  It was based on caliber and weapon weight.

The M240 being a variant of the MAG is a GPMG. Coming back to the being lazy thing how is distingished between the different uses? MMG on bipod and MMG on mount? Without further information just mentioning MMG would be useless because it could be anything.

How do you think calling it a GPMG would make any difference in that regard?

To use your words, how is distinguished between the different uses?  GPMG on bipod and GPMG on mount?  Without further information, just mentioning GPMG would be useless because it could be anything.

A GPMG -- whether fired from a bipod, tripod, or vehicle mount -- is still a GPMG.

Speaking of which, prior to the battles in Somalia circa 1993, the Army had planned to replace the M60 with the M249.  Since a GPMG is a machine gun that can be used on different mounts, for different purposes, wouldn't that make the M249 a GPMG? 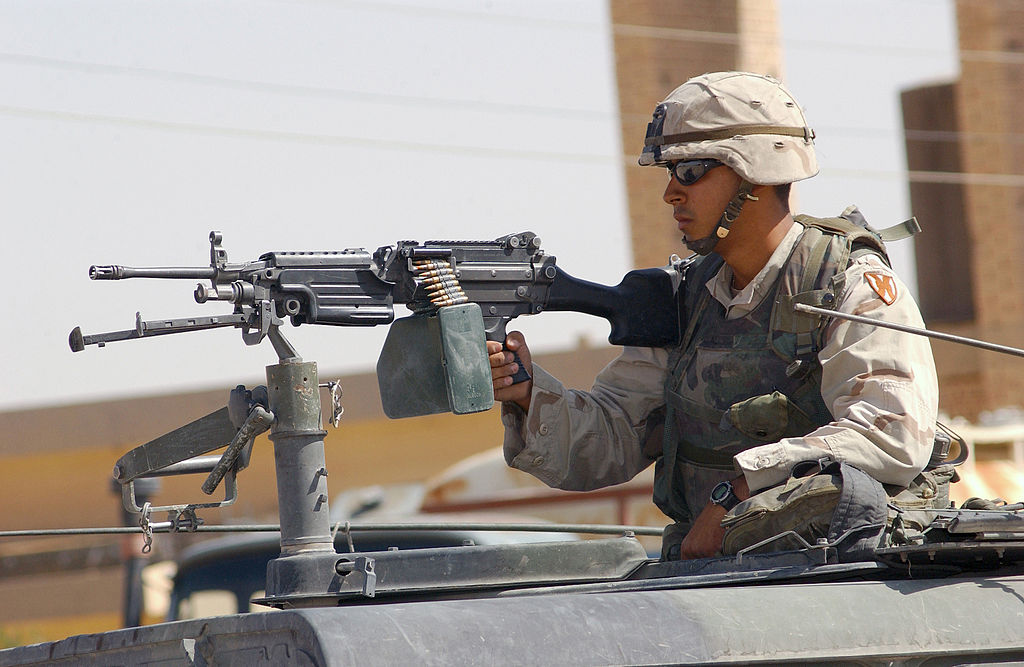 0
ReplyToggle Dropdown
Msg 59 of 172 to FarmplinkerFarmplinker
In reply toRe: msg 57

hehe. will it feed with that shoulder angle? also, bullet length? I like the idea though ;)

0
ReplyToggle Dropdown
Msg 60 of 172 to stancriststancrist
In reply toRe: msg 43

"An exception to the "fired from a bipod = LMG" rule is the tripod-mounted M1919A4 Browning, which the US Army considered an LMG."

This is in contrast to the US Army's M1917 .30 water cooled machine gun that was described as a HEAVY machine gun by the Army by the U.S. Army during World War II. The M1919A4 was the light machine gun.

The Armies of different nations and different eras all had their own nomenclature.  I don't think the U.S. Army used the term squad automatic in World War II. It could be argued the M1918 BAR filled that role even if not designated as such.

0
ReplyToggle Dropdown
Msg 61 of 172 to grayliongraylion
In reply toRe: msg 59

As for feeding, I bet our buddy roguetechie could make a reliable model....

0
ReplyToggle Dropdown
Msg 62 of 172 to FarmplinkerFarmplinker
In reply toRe: msg 61

TBH, it's been years since I saw a picture of the 8x68, us Yankees would use our .340 WM for the same niche. As for feeding, I bet our buddy roguetechie could make a reliable model.... 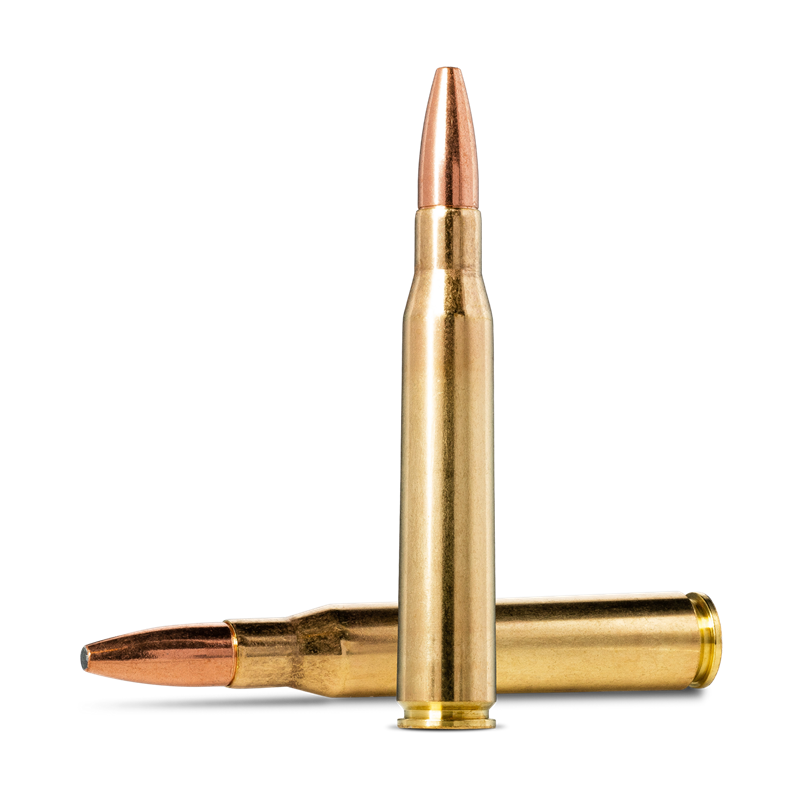 0
ReplyToggle Dropdown
Msg 63 of 172 to schnuersischnuersi
In reply toRe: msg 56

graylion said: Thing is that you can get light RWS for 30x113, but not for 20x102. ^^ ... sure you can. But 20x102 is not exactly common for AFV use. Here is one for 20x139: https://www.kmweg.de/systeme-produkte/bewaffnungssysteme/fernbedienbare-waffenstationen/flw-200plus/ graylion said: If we want 20x102 on an RWS, we may need a long recoil gun. Why would that be the case? The recoil impulse of the 30x113 is significantly higher than even that of the 20x139. graylion said: And I don't see the point. 20x102 has an E0 of ~50kJ, 30x113 85 kJ The energy density is more important for penetration than pure energy. The surface area of a 20 mm round is less than half compared to 30 mm. But the KE of a 30x113 is not twice that of a 20x102 wich is the least powerfull 20 mm AC cartidge (save of the 20x82). Energy density is also important to retain KE over range. Somthing a 20 mm APDS is very good at. The 30x113 full bore shells not so much. The API you found most likely is an old design and was used for the DEFA or ADEN cannon. These AP shots have very low penetration for a 30 mm cartidge. For the M230 usually only HEDP is used and the penetration is not exactly stellar. It will hardly be able to penetrate STANAG K4 unless at optimum impact angles. The 30x113 was not developed with armor penetration in mind. Its a high payload shell for use from aircraft. The 30x173 was developed for ground to ground and ground to air use. Its penetration is very good. But the recoil is high and the guns are on the large and heavy side. I just mentioned the 20x102 mm because its a pretty common 20 mm load and the least powerfull. Personally I think 20x139 is a better choice.

0
ReplyToggle Dropdown
Msg 64 of 172 to stancriststancrist
In reply toRe: msg 43

It clearly was widely used as a squad automatic weapon, but GPMG?  Was the BREN ever used as a coax machine gun in tanks or IFVs?

Well they were used very extensively as both the primary and secondary armament of the 'universal carrier' / 'Bren carrier', a sort of APV/Jeep type job of the times. Not 'Coax' but conceptually similar secondary armament to a larger primary gun.

The main variants were a tank-hunter equipped with a Boys 13.9 mm (0.55 in) rifle, replacing the original Bren gun, which was often relocated to an anti-air mount

There was a heavy machine gun version equipped with the .303 (7.7 mm) Vickers machine-gun, also replacing the forward Bren gun.

There was also a flame-thrower version, where a pipe exhaust replaced the Bren, called the Wasp, and carrying the “Ronson Flamethrower, Transportable, No 2”. The Canadian-built ones were named Wasp Mk.IIC.

A gun version was developed especially for the Homeguards, armed with a Smith 8pdr mounted in a large sponson at the front

0
ReplyToggle Dropdown
Msg 65 of 172 to gatnerdgatnerd
In reply toRe: msg 64

Well they were used very extensively as both the primary and secondary armament of the 'universal carrier' / 'Bren carrier', a sort of APV/Jeep type job of the times. Not 'Coax' but conceptually similar secondary armament to a larger primary gun.

That certainly qualifies as secondary armament, but.......

I sure wouldn't call it conceptually similar to a tank coax. 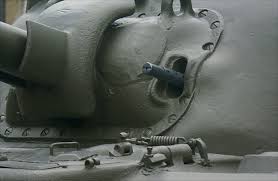 I think you're right.  I don't recall the term "squad automatic weapon" being used prior to development of the XM235 in the 1970s.

It could be argued the M1918 BAR filled that role even if not designated as such.

I'd say it's more like indisputable fact.  Since the M1918 was adopted, it and other weapons have filled the role of squad automatic.