8x8 AFVs don't have to be so bulky: the interesting Panhard EBR of the 1950s wasn't very tall (photo by Vassil - Own work, Public Domain, https://commons.wikimedia.org/w/index.php?curid=4589426

8x8 AFVs don't have to be so bulky: the interesting Panhard EBR of the 1950s wasn't very tall

You simply can not compare an 80 years old design with a modern one. The capabilities are completly different. The EBR for example is barely STANAG K4 protected at the turret front. The rest of the vehicles doesn't even qualify for that. The ergonomics are bad, by modern HSE regulations they are simply unacceptable. The EBR is reknown for the highly problematic maintenance and repair procedures. The Engine is mounted UNDER the turret.

Funny enough the EBR is allmost as high as the Boxer. Its height to the turret top in off road mode is 2,32 m wich is only 6 cm less compared to the 2,38 m to rooftop of the Boxer. Even though the Boxer has better ground clearance. 0,5 m cvs the EBRs 0,42 m max. The EBR is less wide and shorter. Because the turret sticks out of the hull the EBR seems lower than it really is. Vehicles like the Boxer because of their box shape and volumous hull seem bigger than they are. A boxer WITH turret is ~3,5 m high though.

It is certainly true that a purpose build 8x8 recon AFV could be made smaller than the Boxer. If we look at the Rooicat and Centauro we see that they are a bit lower but their length and width are in the same ballpark. But its not seen as important enough to warant the extra expense anymore. Its simply not realistic to get the super small and squat vehicles of the past anymore. Look at how large the replacement for the CVR(T) is compared the the Simitar or Scorpion. Modern requirements result in more volume needed. There is no way around it.

0
ReplyToggle Dropdown
Msg 154 of 204 to WarthogARJWarthogARJ
In reply toRe: msg 108

Somehow this message sliped by me. So I aswer this a bit late.

Firstly, I would not class the Boxer as a particularly well designed wheeled IFV.

To be blunt it doesn't matter what you think. Or what I think for that matter. It sells like crazy. So it seems to do things better compared to the competition. That being said, the Boxer originally was not designed as IFV but as APC and transport vehicle.

the wheeled IFV does need to be LIGHTER (with same Stanag etc). I think that can be done, if not, you are correct.

That is the thing you can't be lighter and have the same level of protection. The traditional 6x6 and 8x8 worked because they have been light. Because their protection was bad or close to non exsitent. This is also why these vehicles usually have been amphibious.
If you add portection the weight goes up significantly.

You can make a wheeled off-road with EXCELLENT suspension.

Yes but its easier to do this with a tracked vehicle and depending on circumstances on or the other will have the edge.

There's nothing magical about tracks,

Oh yes there is... well not magic but physics. To brutally simplify: a tracked vehicle allways behaves as if its driving on a road. It brings its own road with it. That is the tracks. The result is that uneven terrain gets evenend out. The angle of attack between the point of contact between the wheel and the ground is small. This is not the case with wheeled vehicles. The angle of attack varies greatly and in cross country movement often is large. Which results in a hard impact and shock. Which makes the ride very bad. In addition tracks spread the weight of the vehicle over a large area. Order of magnitude larger than wheels.

n fact you can do BETTER when you have full control over the suspension of all 16 wheels of an 8x8. Which you cannot do with a tracked vehicle: it is literally linked by the track.

If you are arguing for active suspension elements, which are currently not used on military vehicles, you could use these on the suspension for the roadwheels of tracks. Its just not needed.

I ride motorbikes off-road: you can do a huge amount by tuning your suspension right, and with tire selection. And you only need to watch the Paris-Dakar to see what can be done with wheeled vehicles there.

You are missing the important details and conditions. The terrain for racing events is pre defined. So of course a vehicle can be optimised for it. Same with your dirt bike. Also racing vehicles are optimised for racing. This is what i meant with the optimised 50 t swamp racer. Yes its doable but its irrelevant for a military purpose. Because a military vehicle has to work allmost everywhere. It needs to be rugged and reliable. It also needs to carry a payload. Either weapons and armor or personell and cargo. Tell me how man 50 t + vehicles take part in Paris-Dakar? How many stretches of soft ground do they have to get across? By soft I mean mud. Not loose sand. That is different again.

the Puma has a decoupled set of tracks: so it cannot have torsion bars from side to side in that case, can it?

It could but the Puma indeed has a hydropneumatic suspension to save vehicle height.

And torsion bars are just a crude spring: you can do better with a non-linear spring as is used in good off-road vehicles.

But you don't want non linear. You want the maximum length of travel for the suspended parts. With ideally a very soft characteristic. Non linear are a workaround. They add complexitiy to get close to the charecteristics of a long length of travel without actually having it.
Believe me I have driven vehicles of test surfaces. 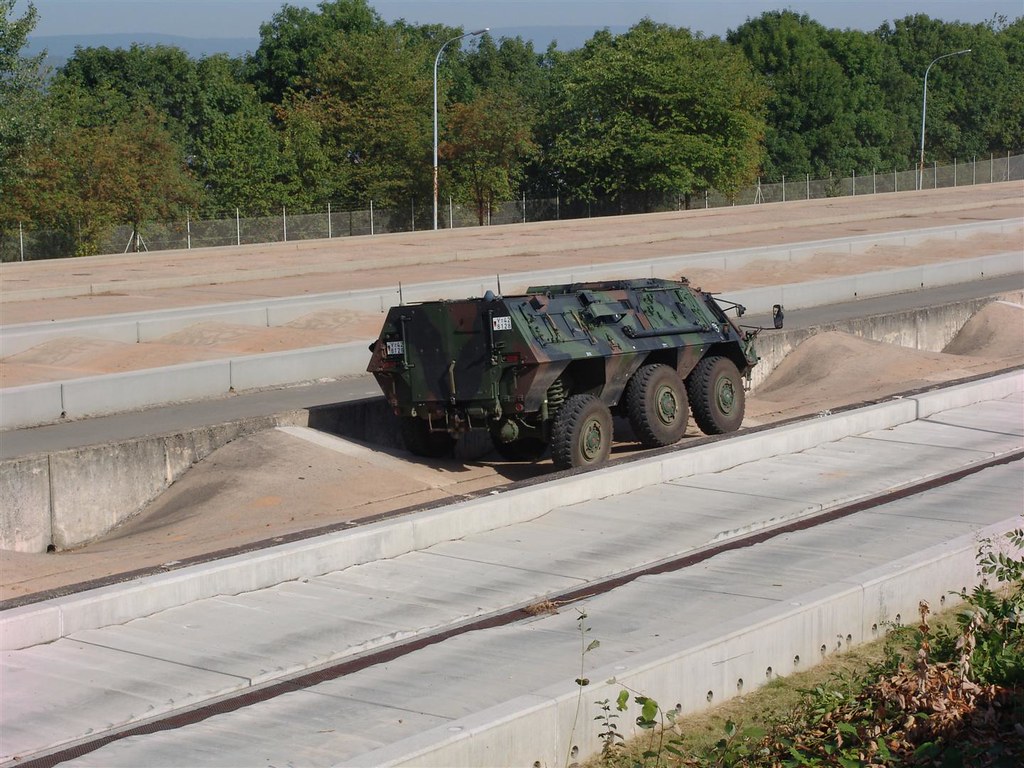 These to be exact.
The large waves the Fuchs is driving over are rather relaxed. It is possible to see the uneven surfaces of the two tracks in the foreground. Believe me a wheeled vehicle going 30 km/h over these will cause you physical pain. In some cases it shook the vehicle appart. A Leopard, Marder or Puma and go full speed over them and you barely notice. This is what the soft suspension and long way of travel does. Its takes shocks and bounces away.

A tracked vehicle often pairs a set of road wheels together, so that reduces the freedom of movement.

No this really isn't done anymore. Bogies are not in use anymore. What is ment nowadays is that a roadwheel is a two part assembly of two half wheels. This is called a double roadwheel. But the wheels, with a Leopard 2 7 per side, are individual. The have their own suspension arm, torsion bar and shock absorber.

Yes they don't need to be.

and in any sort of soft or rough ground the track starts to act like a set of wheels. You go from a uniform contact patch on hard ground to series of high pressure contact areas: one per road wheel.

No it really doesn't. The weight distribution is not uniform but the difference to a set of wheels is still massive.

Plus, pneumatic tires themselves help a lot in suspension, whereas a track's road wheels are rigid and do not.

Again they don't need to. Pneumatic tires on tracks have been tested in the past but it was concluded that they are not worth the hustle.
Also you can not compare civillian pneumatic tires to military ones. For starters pneumatic tires are a liability in a military context. They also need to have emergeny or run flat characteristics and need to be very sturdy and stiff so they are not easily damaged. This has severe impact on the cushioning abilities. The roadwheels for tracked vehicles have a rubber lining as well. So they basically behave like non pneumatic tires that are used for some construction vehicles.

Since we cannot see test results, we don't know what was actually tested, and how

I know but I am not at liberty to tell.

WarthogARJ said: And I doubt that anyone who has already got firm ideas about needing a "heavy-dut 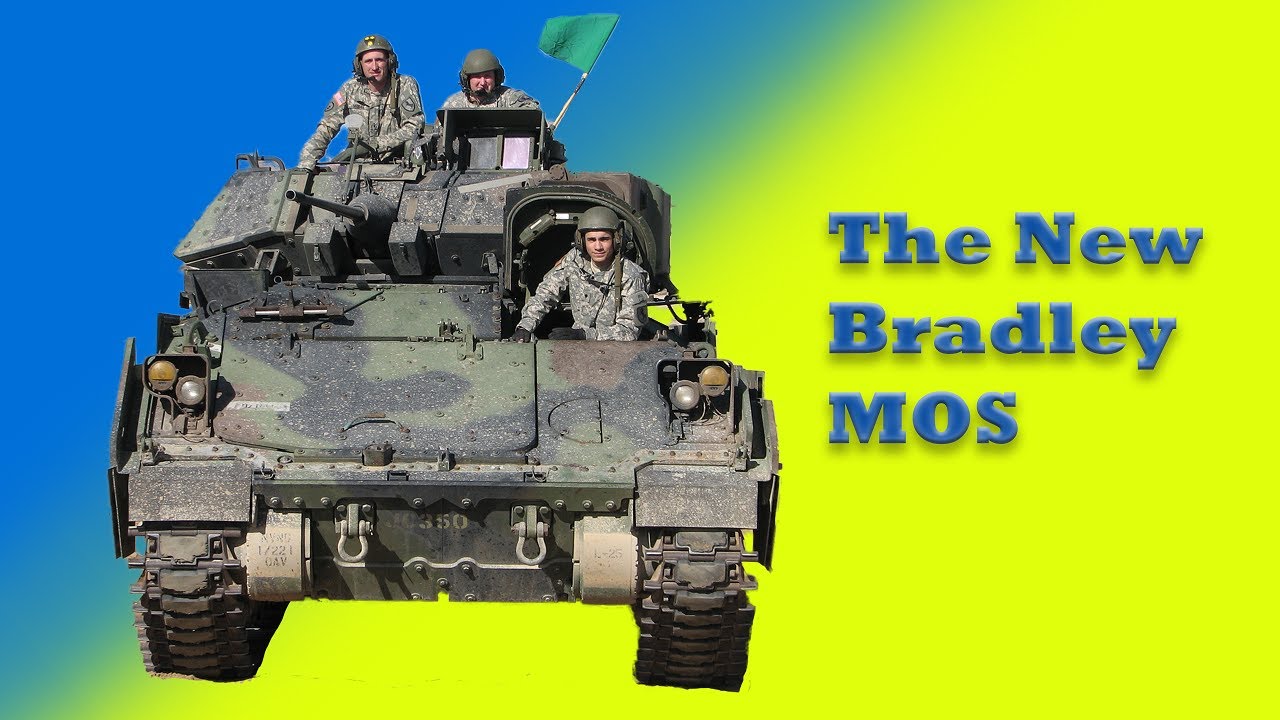 The Armored Assault Company and the return of the 11M (Sortof)

Many moons ago, there was a specific MOS for Bradley crews in the infantry. It went away.To return specialisation, a new MOS is coming for the infantry Bradl...

No I am really convinced decionmakers in the US don't understand mech inf. What a mess.

1
ReplyToggle Dropdown
Msg 156 of 204 to schnuersischnuersi
In reply toRe: msg 154

Have you tested airless tyres - either on wheeled vehicles or tracked?

The one shown here is a Michelin Tweel, but other variations on this theme are in an advanced stage of development by several tyre makers. 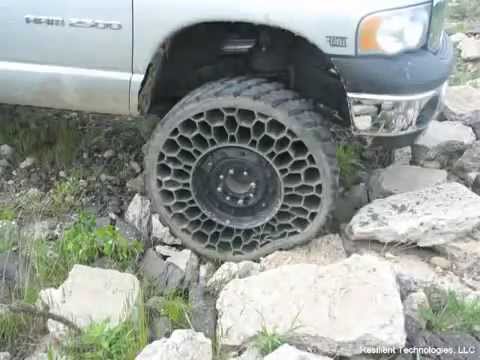 Have you tested airless tyres - either on wheeled vehicles or tracked?

To my knowledge not recently.

From my point of view airless tyres are vapor ware. The concept is around for a long time. You have been to Göteborg, have you not only visited the Smaland but also the Volvo Museum? In their prototype section they have prototypes from the '80 and '90 with airless tyres. Which look more or less exactly the same as the above. I became aware of the concept in the late '90 and at this point the narative was: very soon! But nothing ever materialised.
I talked to a guy from one of the leading tyre manufacturers the other week. He mentioned nothing for that sort. But he went on and on about supply chain issued and how they can not keep up production with demand currently and for the forseeable future.
Personally I find the concept intreaguing and think it would offer gread advantages not only for military applications. But I am not a tyre expert. There seem to be factors that prevent this technology from becoming a reality.
Maybe if its done the Tesla way. Somebody dumping serious money in a startup and just starts producing and selling.

0
ReplyToggle Dropdown
Msg 158 of 204 to schnuersischnuersi
In reply toRe: msg 157

I don't know if you can access articles on the BBC website, but this summarises the current position concerning airless tyres.: https://www.bbc.co.uk/news/business-61644033

It seems to be a fairly balanced account, giving cons as well as pros, As well as Michelin, Goodyear and Hankook have been doing a lot of work on this.

It worked. Pretty intresting but really the same thing i have read or heard for decades. I also remember the hype about the Tweel from Michelin... and what happend? It quitely disappeared. I have never seen one in use or heard it being mentioned for a long time until this article.

The only thing that is new is the mentioning of automated driving and driving as a service.

I am not really convinced that the problem is the technology.

0
ReplyToggle Dropdown
Msg 160 of 204 to schnuersischnuersi
In reply toRe: msg 155

No I am really convinced decionmakers in the US don't understand mech inf.