I'll throw a video in here 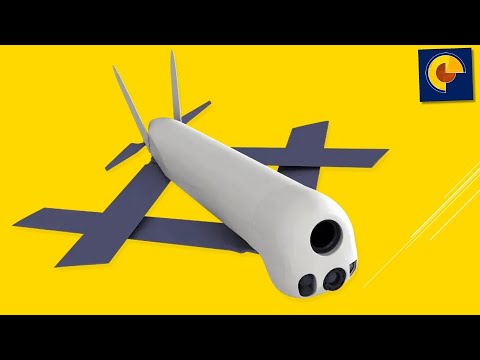 Interesting point about even AAA ammo being too expensive to counter cheap drones. So, as mentioned in the Ukraine thread, what we'll need is a cheap method. |And I am wondering, can we create RWS that have a small and short range X band radar and shoot down small drones with .308, .50, or 20mm or 30x113?

0
ReplyToggle Dropdown
Msg 2 of 60 to grayliongraylion
In reply toRe: msg 1

You can, but the most economical hard kill solution is another drone.

Armored fighting vehicles need drone dispensers (think scaled up chaff/flare dispensers) that house little drones with lock-on after launch capability.  Interception data would be handed to them from the vehicles active protection system - either MMW radar or a wide-field staring IIR suite depending of whether or not you can go active. These would probably look a bit like larger versions of the 40mm folding drone thing, with a single 640 res IIR sensor on top, such a critter would run about $4,500 unit cost (commercial prices), less in bulk. Because they don't need to balance range/endurance/speed for this task, they can focus entirely on speed and will always be able to outperform a threat drone in similar weight class.

A 5x5 cell of these things mounted to the bustle of the turret would mean a tank platoon has 100 counter-drone drones to deal with anything that gets through the other layers of anti-drone defenses.  Of course shooting them would also be another layer of that defensive onion. Ideally however counter-drone work needs to be automated as much as possible allowing the crew to focus on the fight.

What I suspect will happen in the sword and shield battle is that first world nations will pretty quickly incorporate effective defenses against small drones (ie, weaponized consumer drones, then dedicated suicide drones), which would involve a mix of electronic warfare and hard kill systems. Then threat nations will incorporate drones into their suite of weapons to try and overwhelm these defenses - think anything that was formerly a cluster munition can now be a cluster munition with drones.  Skeet, BAT, rocket or cluster bomb submunitions, ADAM, etc.

This won't render little drones obsolete of course.  There will be times where ostensibly you have a thorough counter-drone capability that fails because it's not turned on (ie, USS Stark), there will be times where it can be overwhelmed, there will be times where an enemy simply can't afford to equip all vehicles with counter-drone systems like these, particularly logistics / rear echelon vehicles, or the enemy is not a near-peer threat so they won't have any defenses at all. But even in a future battlefield where it's very difficult to operate weaponized drones, they will always have a place because they can be used like helicopters - using terrain masking to just barely peek out from standoff distance, generate  coordinates of the enemy position, and direct a strike from supporting assets like GMLRS / artillery. No amount of anti-drone stuff will address that, because it would be very difficult to detect from background clutter.  It's back to counter-battery and hope your C-RAM assets can deal with thick shells.

1
ReplyToggle Dropdown
Msg 3 of 60 to grayliongraylion
In reply toRe: msg 1

Interesting point about even AAA ammo being too expensive to counter cheap drones.

He did not say that AAA ammo is too expensive for the purpose.

He said that a "full complement" of ammo costs as much as a car.

That is a rather misleading statement, because it should take no more than a few rounds to kill a drone

So, as mentioned in the Ukraine thread, what we'll need is a cheap method.

Is there some reason these systems are unacceptable? 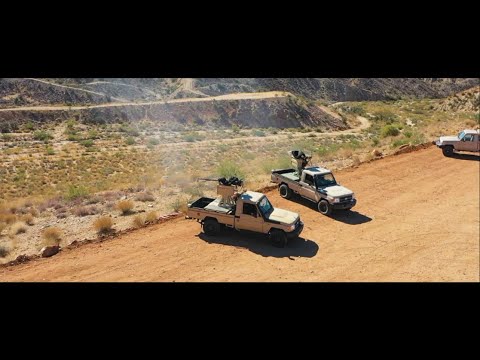 The Mobile - Acquisition, Cueing and Effector (M-ACE) System is a modular, adaptable C-UAS solution. M-ACE can fit on a variety of commercial and military ve... 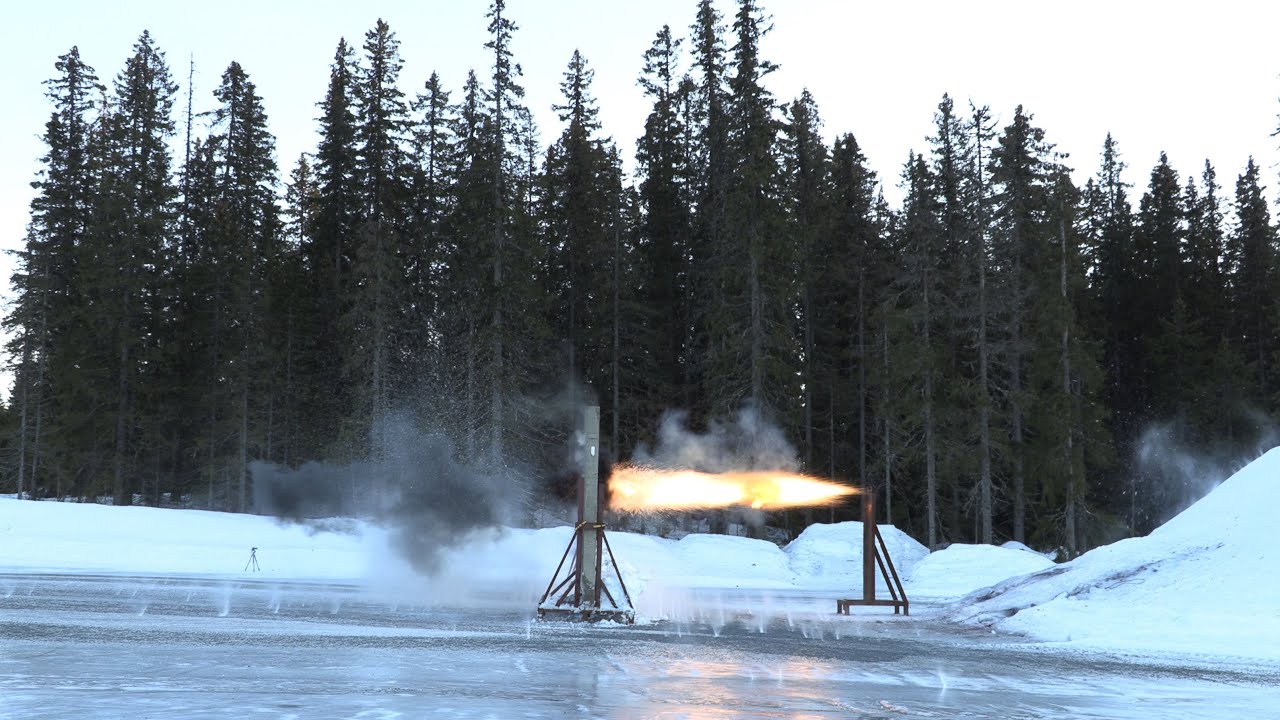 Automatic Grenade Launchers have been around since the 1960s, but today new technology allows them to take on new roles on the battlefield. Watch as Helge St...

1
ReplyToggle Dropdown
Msg 4 of 60 to stancriststancrist
In reply toRe: msg 3

Is there some reason these systems are unacceptable?

0
ReplyToggle Dropdown
Msg 5 of 60 to grayliongraylion
In reply toRe: msg 1

Interesting point about even AAA ammo being too expensive to counter cheap drones.

As mentioned allready this is simply not the case.
Even the cheapest drones are in the three digit range. The most expensive AAA might approach this.

Cheap drones are also not Mil spec. The cheapest Mil Spec drones, a western military would find acceptable, are well in the four digit range.

Currently a lot of miliary equipment especially i Europe is hideously expensive. Which is mostly because of the homeopathic production numbers. The term mass production doesn't even apply anymore in several cases. Its more like low scale manufactory production. Which drives prices up.
This of course can be changed which would drive prices especially for ammo down again. If it will change is another question entirely. While there is a lot of talking and noise about this having to change there is no substancial comittment. Since the defense companies have conciderable experience with this they are very reluctant to invest any money without dependable and binding orders. Which might or might not come.

Yes, sure this can be done.
The current concept to link ADS radar and RWS into the FCS of an AFV does exactly that.

2
ReplyToggle Dropdown
Msg 6 of 60 to RefleksRefleks
In reply toRe: msg 2

You mean each AFV should carry a battery of very short range point defense AA missiles?
This certainly could work but it would be hardly the most economical solution. Especially not against cheap drones. The anti drone missiles you propose will be more expensive than cheap, modified comercial drones. Since they would be fully mil Spec, long term storage capable, weather and temperature independent etc it would be an outright wonder if the price could be pushed into the range blow half of that of a conventional SHORAD missile.
The cheapest method against cheap drones is directed energy. Which is why everyone and their grandma is so obsessed with lasers in the last couple of years. If this is an effective and efficient method against mil Spec drones or missiles is another question entirely.
A gun based system is the cheap solution to this problem. Even with fancy airburst of proximity fused ammo. But for short range point defense rate of fire with cheap dumb ammo will certainly do.
This approach is usually not used for the fear of colateral damage or friendly fire.
An Minigung, regardless of 7.62 or 5.56 plus a Lidar and FCS can certainly shoot drones down if they come closer than 500 m. Even with very generous burst length the ammo expendeture will be in the two digit range. BUT the trajectory of the bullets is not controlled. They will simply go their way. As bullets allways did. This idea scares decision makers shitless nowadays. Imagine a couple of drones approaching between house in a MOUT scenario. The mini Phalanx detects them an goes postal. Shoting them all out of the sky withing seconds but in the process spraying the entire neigbourhood with hunderets if not thousands of bullets. Thoughts like this are the reason why ADS are so scarce in western armies.
The current promise is a laser based system will not have these problems. It will be 100 % precise with no chance for colareral damage or friendly fire.
Which i really doubt.

2
ReplyToggle Dropdown
Msg 7 of 60 to stancriststancrist
In reply toRe: msg 3

He said that a "full complement" of ammo costs as much as a car.

Whis is basically a meaningless statement.
Cars can be had for as little as a few hundered Euros/Dollars. Less if it doesn't have to be in running condition.

0
ReplyToggle Dropdown
Msg 8 of 60 to grayliongraylion
In reply toRe: msg 4

That really depends. The 30x113 proxy fuse is not for technical of manufacturing reasons cheaper than 35mm AHEAD. The main reason would be scaling effects for the large production volume should the US military introduce this round for general use.
The same effects would bring the cost for 35 mm AHEAD down should the production volume be increased to comparable level.
For anti drone work the tungsten pellets could be replaced by steel pellets. Further reducing cost.
This is true for several types of ammo or equipment in general. If the production numbers are brought back up the cost would go down conciderably. The US are simply in the advantageous position that their military is so large they need large volumes of basically anything. Which allows them to get it at reasonable prices.

Independent of the above thougts I don't thing 30x113 and 35x228 can be compared in a sensible way. They are in different classes. The 35 mm offers significantly more effective range.
The fragmentation pattern of AHEAD is very different to that of a proxy fused HE-Frag etc.
Both systems have different pros and cons.

0
ReplyToggle Dropdown
Msg 9 of 60 to schnuersischnuersi
In reply toRe: msg 8

But more importantly i think folks consider Mavic drones we see today as a mayor threat , but i expect in 10 years even DIJ drones let alone miltary grade drones will be able off far greater stand of distances so making all sorts of low power Anti drone RWS obsolete even before they are fielded.

Anti drone RWS i only see and an addon in the targeting capabilty of exisitng RWS , not a a dedicated development that might lose its main target before it gets fielded.

I agree, but even in 10 years, drones will still be lightly constructed and not armored (if they still want to fly), so any frangible 5.56 mm (and up will) retain the capability to shoot it down with a direct hit.