For ships with CIWS, gun shells are much easier to defend against than missiles.

This led many analysts, strategists, navies and designers to consider the naval gun as an obsolete piece of weaponry which was unnecessary on a modern warship. Many ships during the 1970’s were built with a missile-only armament. However they had to find out the hard way that guns can never be entirely replaced by missiles and that both these systems complemented each other if used in the right manner.  This article analyzes the various modern guns in service today, their capabilities, advantages and the technological innovations which have made guns popular again.

As stated, guns complement the missiles and offer a unique set of capabilities. This has standardized the use of naval guns in several roles such as

ADVANTAGES OF GUNS OVER MISSILES

As missile technology progressed and AShMs were made faster and deadlier, they became incredibly expensive as well. This called for a low-high end weapons combination of guns and missiles to tackle a variety of threats. Modern guns have far higher rates of fire when compared to their WW2 counterparts. The development of a variety of radar, optronic and IR sensors to guide gunfire has significantly improved their effectiveness and accuracy. The latest advancement in small-caliber guns is the incorporation of a remote-controlled turret which enables the operator to fire the gun accurately from the safety of the ship’s interiors. Most of these RWS (Remote Weapons Stations) have gyro-stabilized turrets which allows them to hit targets with ease even in rough seas. Also RWS are fitted with a variety of sensors to increase their accuracy further. Larger caliber guns have seen an advent of long-range guided shells which enable them to hit targets with precision at 50-100 km ranges. Such a thing was unimaginable earlier as the largest guns in existence had a maximum range of around 40 km with moderate accuracy. These features and advancements have made guns extremely relevant today. The advantages offered by modern naval guns over anti-ship cruise missiles are

None of this is anything you don't get from a standard missile.

1
ReplyToggle Dropdown
Msg 13 of 88 to jxexqxjxexqx
In reply toRe: msg 11

While you can shoot down shells with a missile, it’s unlikely that you would have enough missiles to shoot down enough shells to make a difference.

0
ReplyToggle Dropdown
Msg 14 of 88 to RovingPedantRovingPedant
In reply toRe: msg 13

To my mind, a little of both is probably the best option.

That said, the claims being made about naval guns in this thread are pretty wild entertaining and not very connected to reality.

I say this as someone whose a rabid fan of the combustion light gas gun technology that got tossed aside in favor of railgun research directly contributing to the ddg1000 winding up with a stupid 155 that had so few projectiles manufactured for it that the guns on the zumwalt class will end up being useless in a few years because there's no more million dollar projectiles left in inventory.

Oh, did I mention that the not all that impressive range smart projectiles cost well over $900,000 each?

It seems like maybe the guy who authored this thread should have looked into that since it kinda directly refutes his idea that going back to guns would save money.

Compared to something like ATACM'S the zumwalt classes shells Actually cost more per shot even before you factor in the extra maintenance and manning requirements, for people to do that maintaining at sea, naval guns require above and beyond what it costs and the number of crew members necessary to keep a single VLS cell up and running during a cruise of similar duration.

This is one thing that the go back to guns people tend to leave out of their theses, which is pretty understandable considering that personnel costs are by percentage the biggest chunk of the budgets of moderned military branches.

Once you factor that part in, combined with the fact that naval encounters requiring the tossing of anything resembling a full magazine from more than a relatively few vessels has happened possibly less than 10 times since ww2.

You realize just how much sense it makes to have sealed VLS cells and etc combined with one to three 76 or larger guns per vessel.

I'm thinking most of those applications (Warning Shots, close defense, anti piracy) could be handled pretty well by the CIWS 20mm Gatling Gun.

Close Range Anti-Air / Anti Missile seems like it would be better handled with small, high capacity missile pods similar to the Rolling Airframe:

These hold between 11-21 missiles, and work in sync with the CIWS 20mm cannon sensor.

That said, for ships working Anti-Piracy (or for ships running a Naval Blockade against commercial shipping) I do like something like this - 30mm AC + Missile Pod: 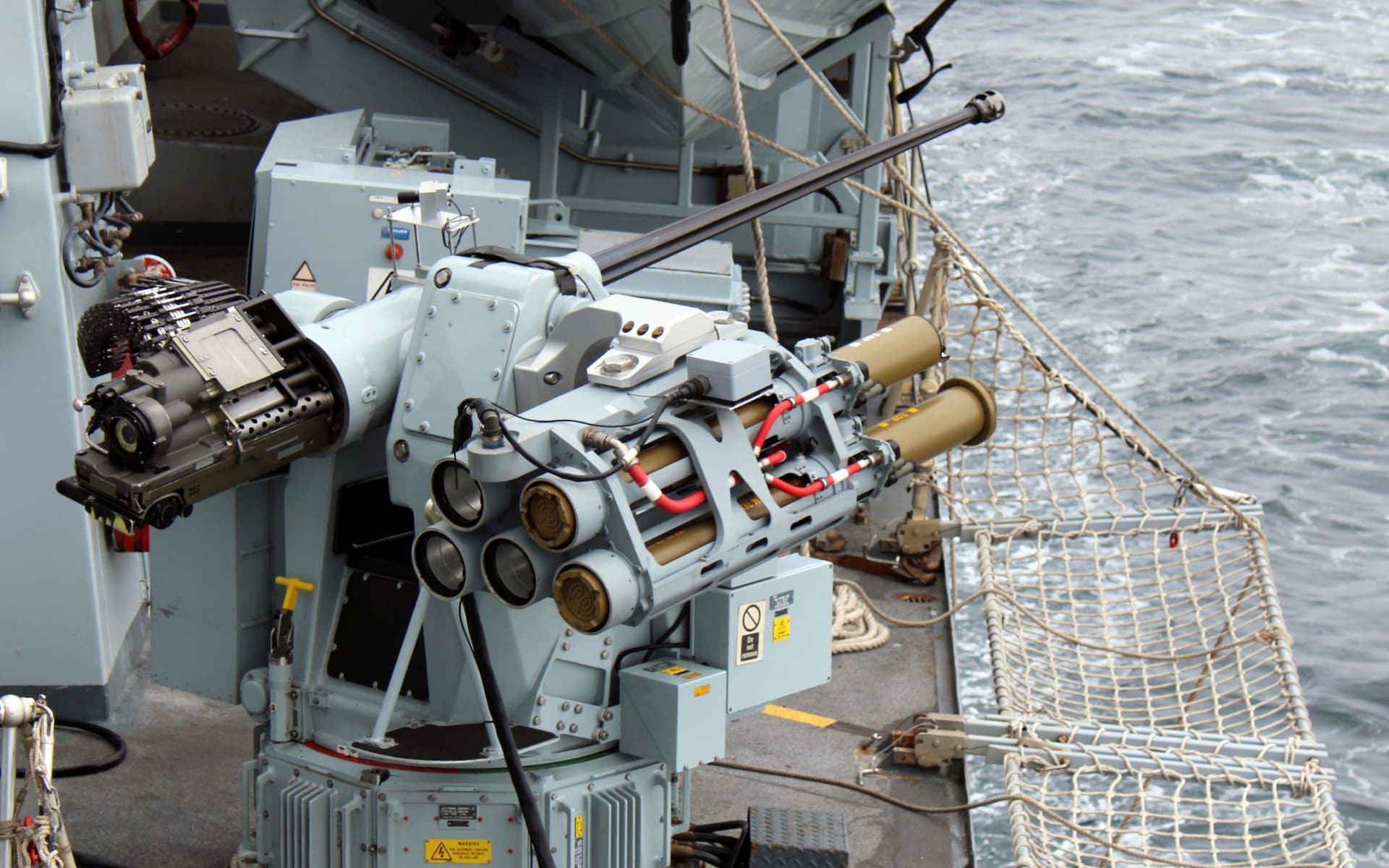 0
ReplyToggle Dropdown
Msg 16 of 88 to renatohmrenatohm
In reply toRe: msg 2

A lot of ships only have 4-8 ASCMs. Once those get used up, it's close with guns or get the hell out of Dodge.

0
ReplyToggle Dropdown
Msg 17 of 88 to FarmplinkerFarmplinker
In reply toRe: msg 16

A lot of ships only have 4-8 ASCMs. Once those get used up, it's close with guns or get the hell out of Dodge.

Yes, I can see how a bofors could be considered a solid counter to a 300 km anti ship missile with 500 kg warhead.