I came across this today and it’s something I haven’t read much about. I knew chimps were violent before. 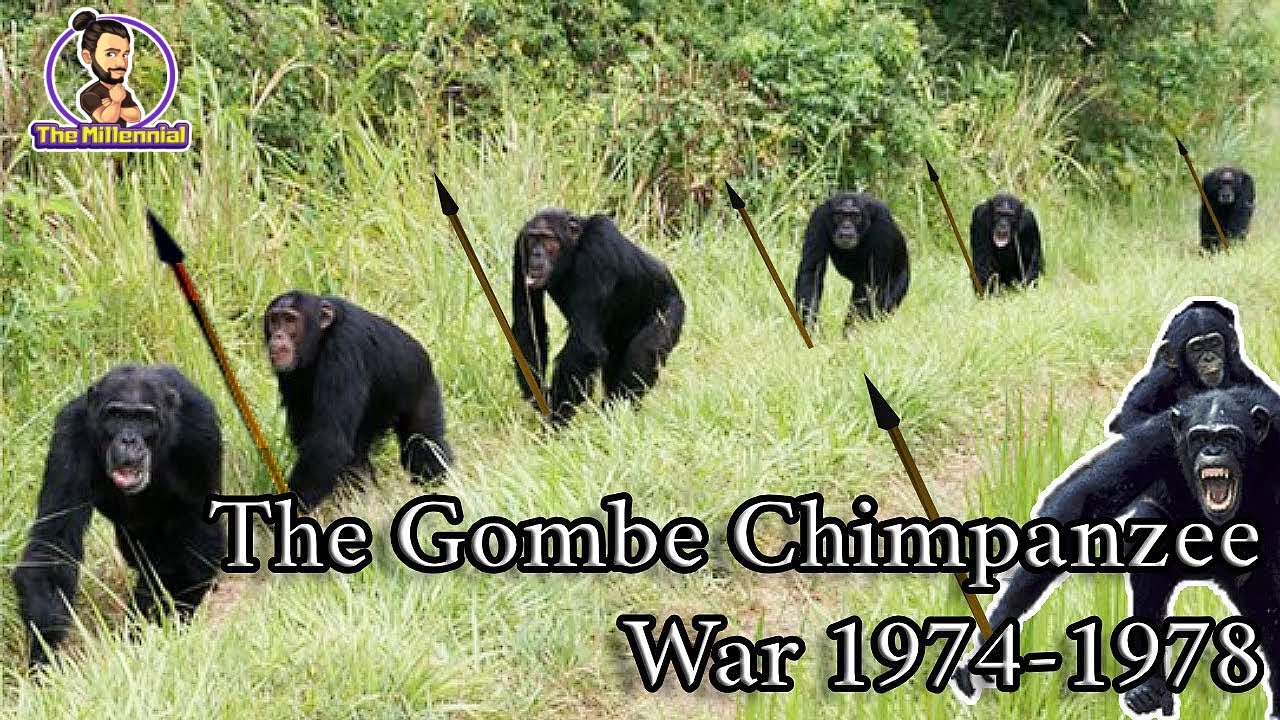 What does the Gombe Chimpanzee War say about our past?

The Gombe Chimpanzee WarThe conflict happened from 1974-1978 between two communities of chimpanzees in Gombe Stream National Park, Tanzania, the namesake of ...

0
ReplyToggle Dropdown
Msg 2 of 39 to bearshandlerbearshandler
In reply toRe: msg 1

I watched this the other night but was too tired to comment and then forgot.  This was really interesting and kind of creepy.  Watching a pack of chimpanzees move through the woods was kind of scary.  It almost reminded me of a pack of bears.  I felt sorry for the one that was all chewed up especially when he had always gotten along with the other tribe.

Am I wrong or did this behavior not exist among the females?  I think one did have a female name but perhaps in a different culture it is a male name?  Like my Shaka is typically a male name but in Hawaiian Shaka means the hand symbol to Hang Loose and could be of either sex.

0
ReplyToggle Dropdown
Msg 3 of 39 to Solitaire13Solitaire13
In reply toRe: msg 2

It is incredibly fascinating. Their capacity for violence isn’t surprising. The two big issues that come up from keeping monkeys as pets are lack of inhibition and remorse. Chimps are also highly predatory and eat other monkeys. The manner this happened surprised me. This reminded me a lot of gang warfare. It was all males involved. I didn’t pay a lot of attention to the pictures of the aftermath. They were pretty graphic. The older one that lead the splinter group was the one that always got along with the others. This was almost like a premeditated revenge thing. I’m always surprised by the differences you find as you jump up the ladder of animal intelligence. I don’t remember for chimps, but I know that parrots were described as having the emotional maturity of 2 year olds.

0
ReplyToggle Dropdown
Msg 4 of 39 to bearshandlerbearshandler
In reply toRe: msg 3

I never knew that about monkeys but IME, a lack of remorse is a trait shared with a lot of humans and I find it especially so with men but it is also prevalent in many women.

I think the only reason that we don't seem to share a lack of inhibition is a fear of arrest in today's society.

A coworker had a couple of parrots.  They would grab food and hold it out to the dogs and when the dogs came for it, they would poop on the dogs. He said he couldn't even explain how remarkable it was to communicate with an animal that really understood the concept of what a ball was vs playtime. He said that they were incredibly intelligent.

Another coworker had a parrot. He needed to take it to the vet so they put it in its parrot bag and off they went. The entire time that they were in the waiting room, the parrot kept screaming: Help! Help!

0
ReplyToggle Dropdown
Msg 5 of 39 to Solitaire13Solitaire13
In reply toRe: msg 4

There is less fear of arrest now and more bad behavior as a result.  This hit close to home as we have roving packs of coyotes across the street at night.  My dogs went nuts through the window, barking and actually chased them off.  They have not been back since, but I heard they settled down them block.

We knew chimps were exceptionally intelligent for animals, but this even somehow bypassed most of us.  I hadn’t heard of it before.  How did they get it all on camera?

0
ReplyToggle Dropdown
Msg 6 of 39 to Solitaire13Solitaire13
In reply toRe: msg 4

I think the my are a lot closer to us than most people realize. It’s retry interesting when you see the stories of koko the gorilla who as taught to communicate through sign language. Those parrots check with the chart. There’s videos of crows playing pranks on random animals.

This was in the 70s. Jane Goodall was living among them and studying their behaviors. That’s were most of the information comes from. Similar incidents have been recorded since.

0
ReplyToggle Dropdown
Msg 8 of 39 to bearshandlerbearshandler
In reply toRe: msg 7

Oh! They are just talking about it now. I see.

0
ReplyToggle Dropdown
Msg 9 of 39 to bearshandlerbearshandler
In reply toRe: msg 6

0
ReplyToggle Dropdown
Msg 10 of 39 to bearshandlerbearshandler
In reply toRe: msg 6

To this day, even dogs still surprise me.