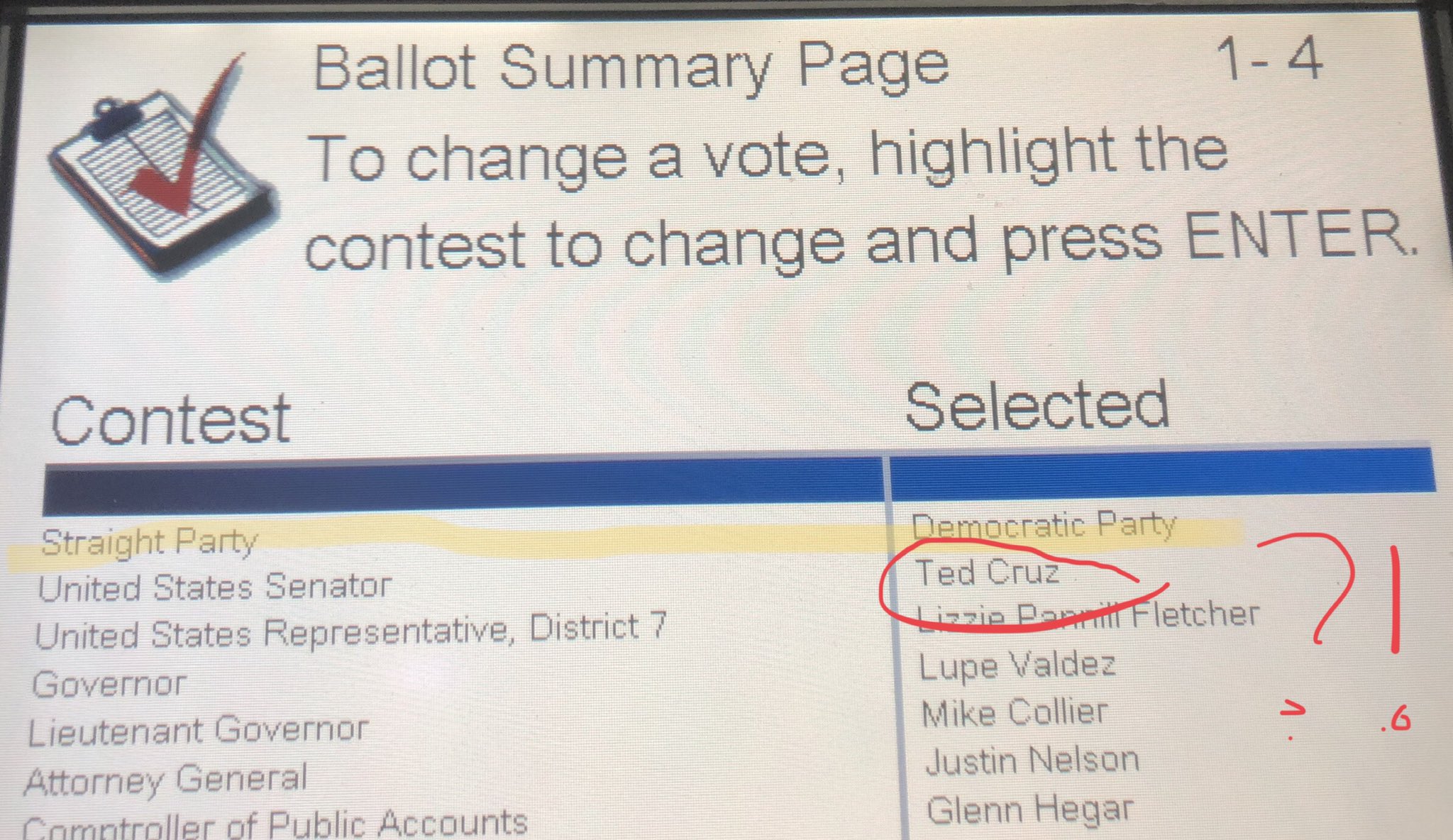 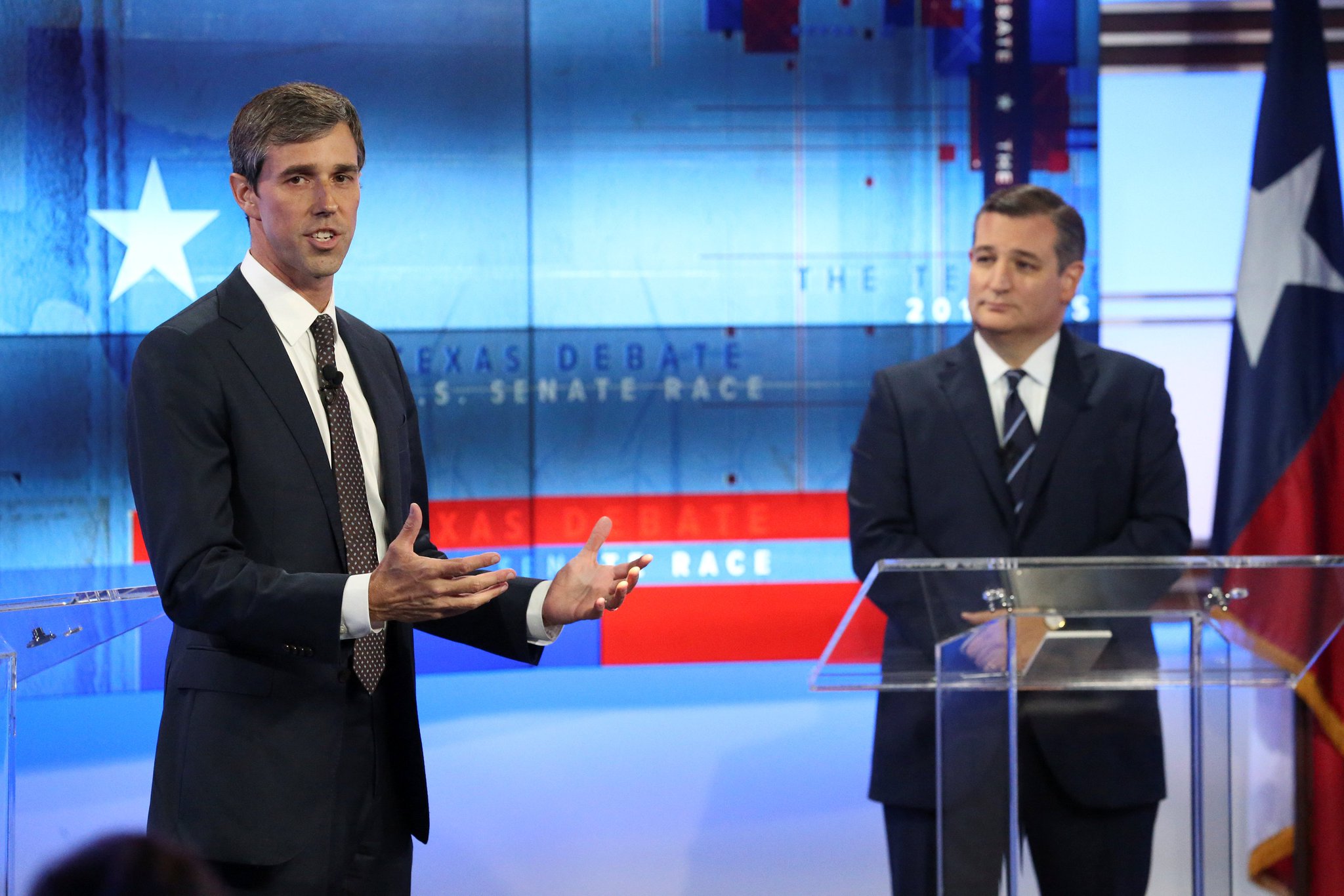 "Texas election officials confirmed that voting machines used in 30% of its counties (including its biggest) are switching people's votes, including the Senate race between Ted Cruz and Beto O'Rourke. The GOP-appointed officials say they have "no legal authority" to update them."