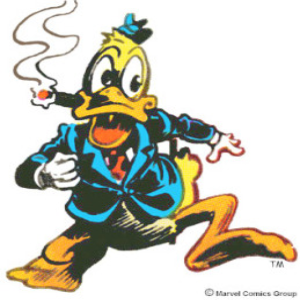 J. Gray Has a Day

“On any given Sunday” is a phrase used in the NFL to affirm the plausibility of even the lowliest of teams turning in the occasional superlative performance.  Although the game was played on a Monday, such a phenomenon was manifest in game 4 of August’s Bangor at Midlothian series.  Ron Wenzel and I got together this afternoon to roll our series mask-to-mask in Armour Square Park, a block north of the White Sox south side ballpark.   Unfortunately, attending a Sox game upon completion of the series wasn’t an option this year.

Bangor and Midlothian are teams headed in different directions at the moment.  While the Ironmen got the better of the Bruins in July, taking 3-of-5 face-to-face at the same site, the Bruins returned the favor and then some this time around, taking four of five to push past Muncy into first place in the American League East.  Meanwhile, Midlothian’s playoff hopes in the lackluster AL Central are diminishing.

The first three games of the series were tight contests but Midlothian was unable to muster the big hit and the Bruins took them all – by scores of 6-5, 7-5, and 3-1.  For game 4, Bangor would send the rotation’s weakest link to the mound:  Jon Gray entered the game with an unsightly 6.79 ERA in a dozen starts.  Would you believe that J. Gray proceeded to toss the sixth no-hitter in the 40-year history of the Bruins, blanking the Ironmen 8-0?

Gray walked Freddie Freeman twice and struck out eight in improving to 5-4 on the season.  Tommy Pham drove in five runs, breaking up a scoreless tie with an RBI double in the top of the 6th, then putting the game out of reach with a 7th inning grand slam.   Midlothian lefty Danny Duffy actually outpitched Gray in the early going, retiring the first 12 in a row.

Other Bruins pitchers who have thrown complete-game no-hitters:  Fernando Valenzuela, Terry Mulholland, Randy Johnson, Orlando Hernandez, and Daniel Hudson (ALCS XXXI game 1).  Jesse Hahn tossed nine no-hit innings in game 4 of the LDBA XXXVI World Series but surrendered a leadoff double in the top of the 10th in a game Bangor went on to lose 2-0 in 12 innings.

Three no-hitters have been tossed against Bangor:  Kris Benson as a grade D starter for East Petersburg in LDBA XXIII, a combined 12-inning outing by Pembroke's A.J. Burnett and Kris Medlen in LDBA XXXIII, and Zack Greinke for Music City in an online October game last season, a feat that had previously gone unreported.  It was the second no-hitter of LDBA XXXIX for Greinke, who coinciidentally also turned the trick at Midlothian earlier in the season.