US wants to avoid pulling what may be thousands of migrant children from 'sponsor' homes to rejoin parents, saying it "could be traumatic to the children." https://t.co/F4QSj2esun 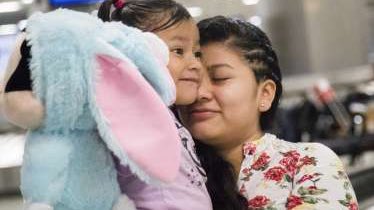