The fire is coming fast. Help is not.

Paradise’s most vulnerable in the path of destruction. Incredible ?@marialaganga? https://t.co/Xe6gEIPt1O 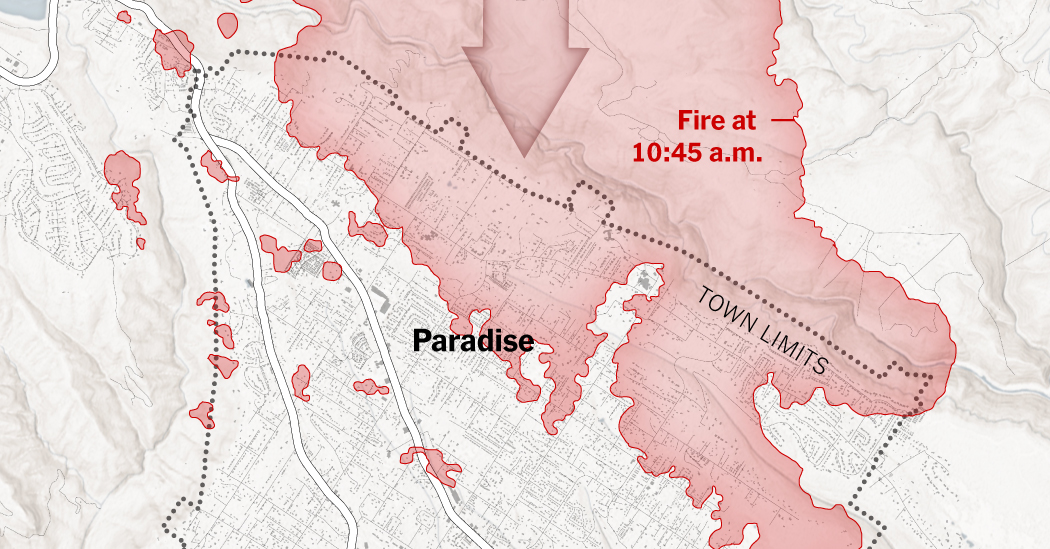 'Hell on Earth': The First 12 Hours of California's Deadliest Wildfire

The Camp Fire, which has killed dozens, quickly devastated the town of Paradise within hours of starting.