Yvonne Vera was an author from Zimbabwe. Her first published book was a collection of short stories, Why Don't You Carve Other Animals, which was followed by five novels: Nehanda, Without a Name, Under the Tongue, Butterfly Burning, and The Stone Virgins.

West Africa Squadron (The Royal Navy established the West Africa Squadron at substantial expense in 1808 after Parliament passed the Slave Trade Act of 1807. The squadron's task was to suppress the Atlantic slave trade by patrolling the coast of West Africa. With a home base at Portsmouth, it began with two small ships, the 32-gun fifth-rate frigate HMS Solebay and the Cruizer-class brig-sloop HMS Derwent. At the height of its operations, the squadron employed a sixth of the Royal Navy fleet and marines. In 1819 the Royal Navy established a West Coast of Africa Station and the West Africa Squadron became known as the Preventative Squadron it remained an independent command until 1856 and then again 1866 to 1867)

Xala (pronounced ['xala], Wolof for "temporary sexual impotence"[1]) is a 1975 Senegalese film directed by Ousmane Sembène. It is an adaptation of Sembène's 1973 novel of the same name. The film depicts El Hadji, a businessman in Senegal, who is cursed with crippling erectile dysfunction upon the day of his marriage to his third wife. The film satirizes the corruption in African post-independence governments; El Hadji's impotence symbolizes the failure of such governments to be useful at all. 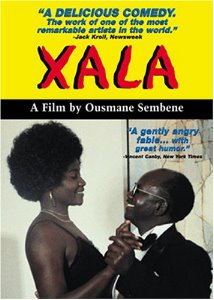 Julius Yego (is a Kenyan track and field athlete who competes in the javelin throw. Nicknamed "Mr. YouTube" because he learned how to throw by watching YouTube videos of javelin athletes, Yego is the African record and Commonwealth record holder for the event with a personal best of 92.72 m)

Zululand is one of the 11 district municipalities of KwaZulu-Natal province. The seat of Zululand is Ulundi. The majority of its 803,575 people speak IsiZulu. The district code is DC26. It is part of a larger historical area also known as Zululand

Alexandria is the second-largest city in Egypt and a major economic centre, extending about 32 km (20 mi) along the coast of the Mediterranean Sea in the north central part of the country. Its low elevation on the Nile delta makes it highly vulnerable to rising sea levels. Alexandria is an important industrial center because of its natural gas and oil pipelines from Suez. Alexandria is also a popular tourist destination.

André Philippus Brink,  (29 May 1935 – 6 February 2015) was a South African novelist. He wrote in both Afrikaans and English and taught English at the University of Cape Town. While Brink's early novels were especially concerned with apartheid, his later work engaged the new range of issues posed by life in a democratic South Africa.

Amanda Coetzer (is a South African former professional tennis player. Coetzer turned professional in 1988 and retired in 2004. She won her first top-level singles title in 1993 in Melbourne, and her second later that year in Tokyo)

The Dinka people (Dinka: Ji?¨?¨?) are a Nilotic ethnic group native to South Sudan, but also having a sizable diaspora population. They mostly live along the Nile, from Mangalla to Renk, in regions of Bahr el Ghazal, Upper Nile (former two of three Southern Provinces in Sudan) and Abyei Area of the Ngok Dinka in South Sudan.

The Dinka mainly live on traditional agriculture and pastoralism, relying on cattle husbandry as a cultural pride, not for commercial profit or for meat, but cultural demonstrations, rituals, marriages' dowries and milk feedings for all ages. The Dinka cultivate food crops and cash crops. 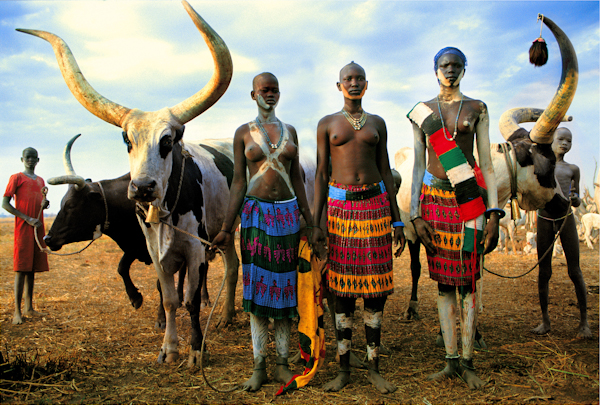 El Djem (or El Jem is a town in Mahdia Governorate, Tunisia. Its population was 21,576 during the 2014 census. It is home to some of the most impressive Roman remains in Africa, particularly the world-famous "Amphitheater of El Jem")