Jomfru Ane Gade (English: Virgin Anne's Street), in Aalborg, is a well known street in Denmark'. It has gained popularity for the restaurants and pubs lining both sides of the street. It represents one the longest continuous stretch of restaurants and bars in Denmark,

King's Highway (was a trade route of vital importance in the ancient Near East, connecting Africa with Mesopotamia. It ran from Egypt across the Sinai Peninsula to Aqaba, then turned northward across Transjordan, to Damascus and the Euphrates River)

Federico Garcia Lorca, the Spanish poet, has allegedly said that La Rambla is “the only street in the world which I wish would never end.” The street has its beginnings around the year 1377. Today it is a popular tourist site, lined with trees and full of bars and cafes, street traders and performers, as well as being the site of Barcelona’s oldest theater. Joan Miro has a mosaic here set into the pavement of the promenade. 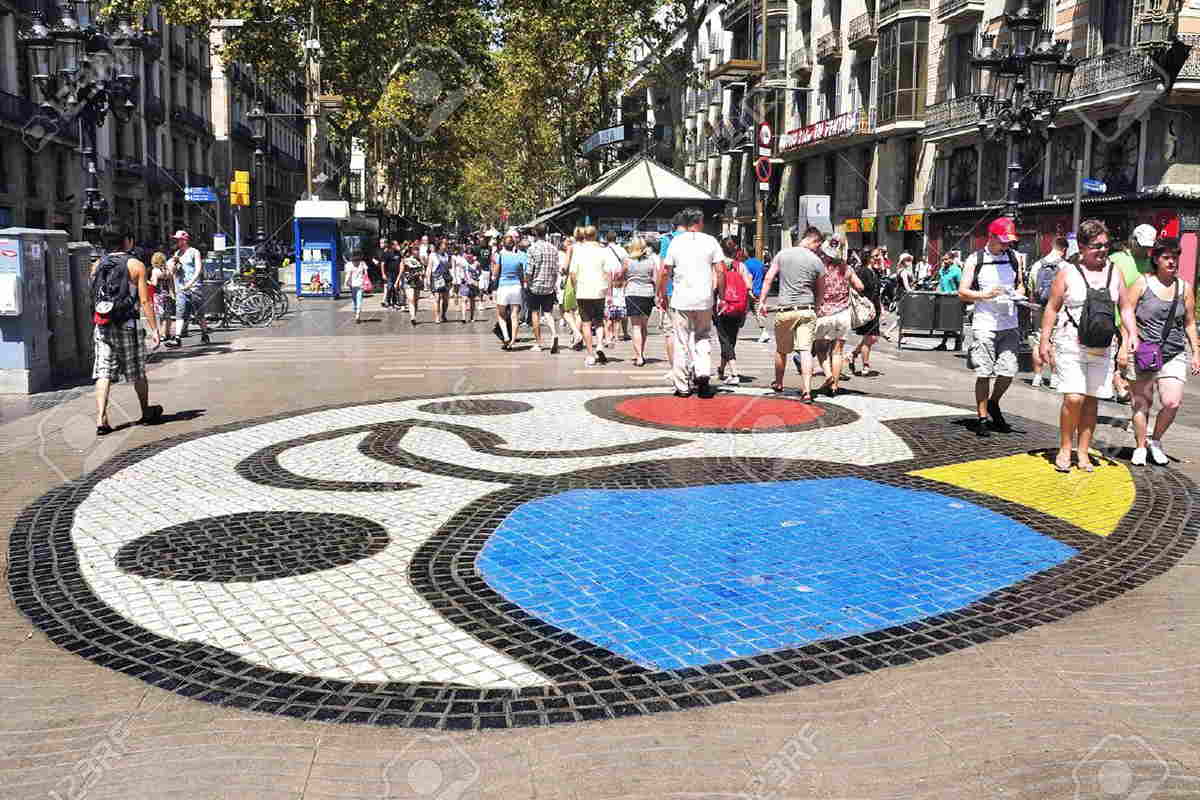 Mulholland Drive - is a street and road in the eastern Santa Monica Mountains of Southern California. It is named after pioneering Los Angeles civil engineer William Mulholland. The western rural portion in Los Angeles and Ventura Counties is named Mulholland Highway. The road is featured in a significant number of movies, songs, and novels. David Lynch, who wrote and directed a film named after Mulholland Drive, has said that one can feel "the history of Hollywood" on it.

Nevsky Prospekt (is the main street in the federal city of St. Petersburg in Russia. It takes its name from the Alexander Nevsky Lavra, the monastery which stands at the eastern end of the street, and which in turn commemorates the Russian hero Prince Saint Alexander Nevsky. Following his founding of Saint Petersburg in 1703, Tsar Peter I planned the course of the street as the beginning of the road to Novgorod and Moscow. The avenue runs from the Admiralty in the west to the Moscow Railway Station and, after veering slightly southwards at Vosstaniya Square, to the Alexander Nevsky Lavra)

Ocean Avenue - is a road in Santa Monica, California that starts at the residential Adelaide Drive on the north end of Santa Monica and ends at Pico Boulevard. Ocean Avenue is the westernmost street in Santa Monica, and for most of its course it runs parallel to Palisades Park, whose bluffs overlook Pacific Coast Highway and Santa Monica State Beach. The Santa Monica Pier is located at the intersection of Ocean and Colorado.

Panama Canal (is an artificial 82 km waterway in Panama that connects the Atlantic Ocean with the Pacific Ocean. The canal cuts across the Isthmus of Panama and is a conduit for maritime trade. Canal locks are at each end to lift ships up to Gatun Lake, an artificial lake created to reduce the amount of excavation work required for the canal, 26 m above sea level, and then lower the ships at the other end. The original locks are 32.5 m wide. A third, wider lane of locks was constructed between September 2007 and May 2016. The expanded canal began commercial operation on June 26, 2016. The new locks allow transit of larger, neo-Panamax ships, capable of handling more cargo)

Queen Victoria Street - named after the British monarch who reigned from 1837 to 1901, is a street in London which runs east by north from its junction with New Bridge Street and Victoria Embankment in the Castle Baynard ward of the City of London, along a section that divides the wards of Queenhithe and Bread Street, then lastly through the middle of Cordwainer ward, until it reaches Mansion House Street at Bank junction. The road was commissioned in 1861 to streamline the approach to the central business district, and was provided for through the Metropolitan Improvement Act. Costing over £1,000,000, it remains a flagship street within the City.

Rodeo Drive (is a two-mile-long street, in Beverly Hills, California, with its southern segment in the City of Los Angeles. Its southern terminus is at Beverwil Drive, and its northern terminus is at its intersection with Sunset Boulevard in Beverly Hills. The name is most commonly used metonymically to refer to the three-block stretch of the street north of Wilshire Boulevard and south of Little Santa Monica Boulevard, which is known for its luxury goods stores)