The Quantico Sentry, the first, thus the oldest, newspaper in the Marine Corps, published its last issue March 22, 2018 and the contract to produce it officially ended March 30.  The newspaper was published for almost 83 years, with the first issue printed on May 31, 1935. 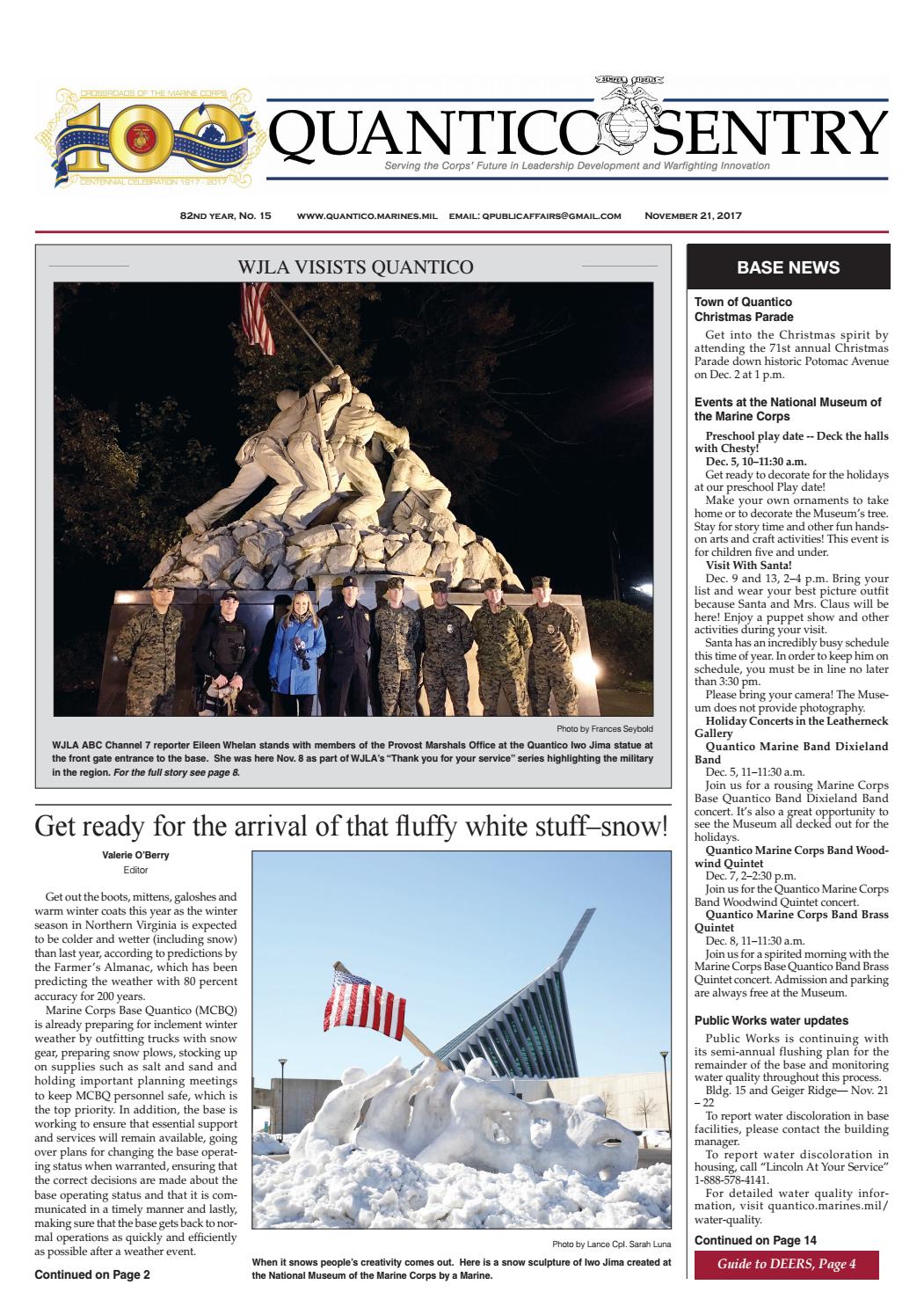 The Rachel Maddow Show (is a daily news and opinion television program that airs on MSNBC, running in the 9:00 pm ET timeslot Monday through Friday. It is hosted by Rachel Maddow, who gained a public profile via her frequent appearances as a progressive pundit on programs aired by MSNBC. It is based on her former radio show of the same name. The show debuted on September 8, 2008)

Kate Snow - is an American television journalist for NBC News, serving as the Senior National Correspondent contributing to all NBC platforms, including TODAY, NBC Nightly News, Dateline NBC and MSNBC. Snow also anchors the Sunday edition of NBC Nightly News, and frequently substitutes for the weekday broadcast. Before joining NBC News in 2010, she was a co-anchor for the weekend edition of Good Morning America on ABC from 2004 to 2010.

Kate Snow isolating at home when her husband had Covid.

Tabloid (is a newspaper with a compact page size smaller than broadsheet. There is no standard size for this newspaper format. The term tabloid journalism refers to an emphasis on such topics as sensational crime stories, astrology, celebrity gossip and television, and is not a reference to newspapers printed in this format. Some small-format papers with a high standard of journalism refer to themselves as compact newspapers. Larger newspapers, traditionally associated with higher-quality journalism, are called broadsheets, even if the newspaper is now printed on smaller pages)

Victory (The surrender of Imperial Japan was announced by Japanese Emperor Hirohito on August 15 and formally signed on September 2, 1945, bringing the hostilities of World War II to a close)

Brian Williams - is an American journalist at MSNBC, currently serving as the network's chief anchor and host of its nightly wrap-up program, The 11th Hour with Brian Williams. Williams is known for his ten years as anchor and managing editor of NBC Nightly News. After Williams joined the program in December 2004, NBC News was awarded the Peabody Award for its coverage of Hurricane Katrina, and Williams accepted the award on behalf of the organization. In February 2015, Williams was suspended for six months from his position as Managing Editor and Anchor of NBC Nightly News for "misrepresent[ing] events which occurred while he was covering the Iraq War in 2003", and on June 18, 2015 he was demoted to breaking news anchor for MSNBC.

The Youngstown Vindicator - is a daily newspaper serving Youngstown, Ohio and the Mahoning County region as well as southern Trumbull County and northern Columbiana County. The Vindicator was established in 1869.

The Zephyrhills News (located in Zephyrhills, Florida, United States, is a weekly broadsheet newspaper located in Pasco County just north of Tampa. It is the second oldest business still in operation in the city, founded in 1911 as the Zephyrhills Colonist. It publishes every Thursday)