Sacramento Hostage Crisis occurred on April 4, 1991 in Sacramento, CA. For eight hours forty-one people were held hostage inside an electronics store, by four Vietnamese refugees (brothers Loi Khac Nguyen, 21; Pham Khac Nguyen, 19; and Long Khac Nguyen, 17; and their friend, Cuong Tran, 17) who killed three and injured 14. Three of the four perpetrators were shot and killed by responding police. Although initial reports indicated they had taken the hostages after a failed robbery attempt, subsequent statements to hostages and negotiators instead proved "they were attempting to gain notoriety," according to Sacramento County Sheriff Glen Craig. They were frustrated with their lives in the United States since it was difficult to find good jobs and expressed a desire to travel to Thailand and fight the Viet Cong, according to two of the hostages. To this day, the hostage crisis remains the largest hostage rescue operation in US history, with over 40 hostages having been held at gunpoint. In 2019 a movie called A Clear Shot based on the events of this hostage situation was released starring: Hao Do In the role of Loi, Kevin Bach plays Pham, Tony Dewwas cast as Long and Dang Tran as Cuong.

Tiger Woods wins his first major tournament, the Masters (On April 13, 1997, 21-year-old Tiger Woods wins the prestigious Masters Tournament by a record 12 strokes in Augusta, Georgia. It was Woods’ first victory in one of golf’s four major championships—the U.S. Open, the British Open, the PGA Championship and the Masters—and the greatest performance by a professional golfer in more than a century. It also made him the youngest golfer by two years to win the Masters and the first person of Asian or African heritage to win a major. 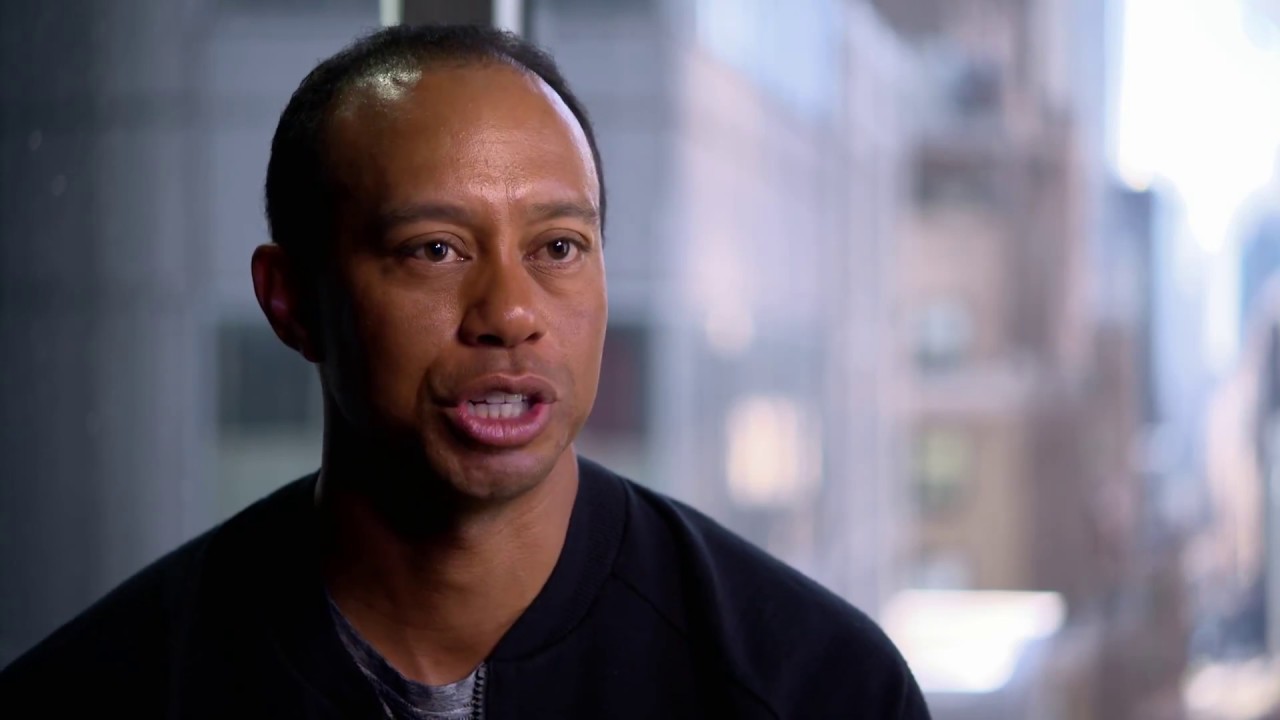 Unbridled won the 116th Kentucky Derby on May 5, 1990, by 3½ lengths with jockey Craig Perret, while Summer Squall finishing second. He finished second in the Preakness Stakes to Summer Squall, and finished fourth without Lasix in the Belmont Stakes to the Irish colt Go And Go. In the fall, ridden by Day, Unbridled won the 1¼ mile Breeders' Cup Classic at Belmont Park in 2:02.20 minutes. His performances for the year earned him the prestigious Eclipse Award as champion three-year-old male of 1990. Unbridled retired with a career record of eight wins, six places and six shows in 24 starts, and $4,489,475 in career earnings, including victories in the 1990 Kentucky Derby and Breeders' Cup Classic.

V.I. Warshawski (is a 1991 film directed by Jeff Kanew. It was intended to be a film franchise for star Kathleen Turner, but never happened after the film was a critical and commercial failure. The film was based on a series of books by Sara Paretsky. Screenwriters Edward Taylor, David Aaron Cohen, and Nick Thiel adapted only one of Sara Paretsky's novels, Deadlock, for the script to the film. This script took at least one liberty with the story: whereas Paretsky had written the original novel as a serious mystery, Taylor, Cohen, and Thiel took an almost comedic approach)

Whose Line is it Anyway? premiered on August 5, 1998. It was an improvisational comedy show, which was originally hosted by Drew Carey on ABC and ABC Family and ran from August 5, 1998 to December 15, 2007. The series was a spin-off of the British show of the same name and featured Ryan Stiles, Colin Mochrie, and Wayne Brady as its regular performers with the fourth seat occupied by a guest panelist.

X-Com (is a science fiction video game franchise featuring an elite international organization tasked with countering alien invasions of Earth. The series began with the strategy video game UFO: Enemy Unknown created by Julian Gollop's Mythos Games and MicroProse in 1994. The original lineup by MicroProse included six published and at least two canceled games, as well as two novels. The X-COM series, in particular its original entry, achieved a sizable cult following and has influenced many other video games; including the creation of a number of clones, spiritual successors, and unofficial remakes)

The Zoo TV Tour was a worldwide concert tour by rock band U2 from 1992 to 1993. Staged in support of their 1991 album Achtung Baby, the tour visited arenas and stadiums in North America and Europe. Comprising five legs and 157 shows, the tour began in Lakeland, Florida, on February 29, 1992 and ended in Tokyo, Japan, on December 10, 1993. The tour alternated between North America and Europe for the first four legs before visiting Oceania and Japan. It was the highest-grossing North American tour of 1992, and overall sold around 5.3 million tickets and grossed US$151 million. Round 9……………..
Achy Breaky Heart (is a song written in 1990 by Don Von Tress. Originally published in a recording by The Marcy Brothers under the title "Don't Tell My Heart" in 1991, it was later recorded by Billy Ray Cyrus and released on his debut album Some Gave All in 1992. The song is Cyrus' debut single and signature song. It became the first single ever to achieve triple Platinum status in Australia and also 1992's best-selling single in the same country. In the United States, it became a crossover hit on pop and country radio, peaking at No. 4 on the Billboard Hot 100 and topping the Hot Country Songs chart, becoming the first country single to be certified Platinum since "Islands in the Stream" by Kenny Rogers and Dolly Parton in 1983. The single topped in several countries, and after being featured on Top of the Pops in the United Kingdom, peaked at number three on the UK Singles Chart. It was Cyrus' biggest hit single in the U.S. until he was featured on "Old Town Road" by Lil Nas X, which peaked at No. 1 on the Billboard Hot 100 in 2019. The music video for the song led to the explosion of the line dance into the mainstream. The song is considered by some as one of the worst songs of all time, featuring at number two in VH1 and Blender's list of the "50 Most Awesomely Bad Songs Ever." However, it is recognized as part of a transitional period in country music where Cyrus brought renewed interest to a dying breed of music among younger listeners) 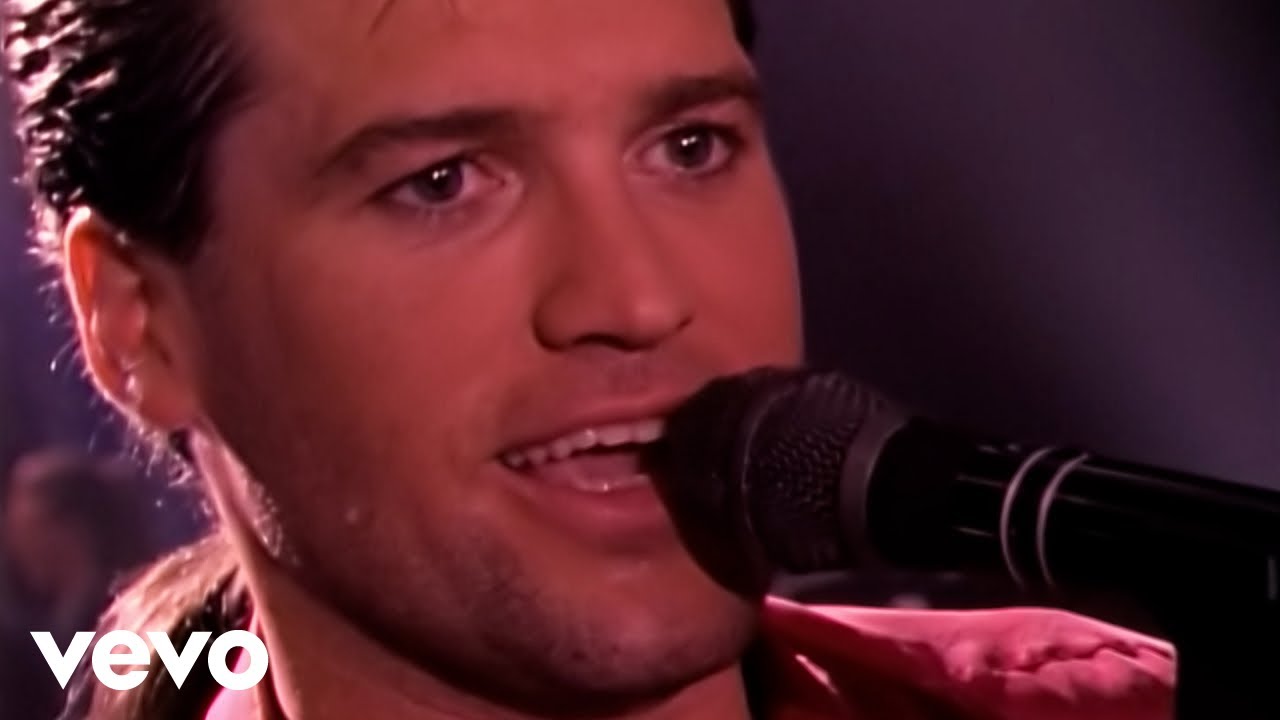 Years ago I actually bought my Mom tickets for Mother’s Day to see him in concert.

Becker premiered on CBS on November 2, 1998. It was an American sitcom television series that originally aired on CBS from November 2, 1998 to January 28, 2004, broadcasting 129 episodes. Set in the New York City borough of the Bronx, the show starred Ted Danson as John Becker, a cantankerous doctor who operates a small practice and is constantly annoyed by his patients, co-workers, and friends, and practically everything and everybody else in his world. Despite everything, his patients and friends are loyal because Becker genuinely cares about them.

Comment: This was definitely one of my favorite shows at the time. A great cast of characters and Ted Danson at his best. 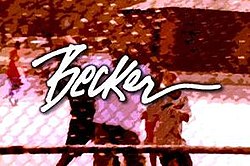