Aragorn (is a fictional character and a main protagonist in J. R. R. Tolkien's The Lord of the Rings. Aragorn was a Ranger of the North, first introduced with the name Strider and later revealed to be the heir of Isildur, King of Gondor. He was a confidant of Gandalf and part of the quest to destroy the One Ring and defeat the Dark Lord Sauron) 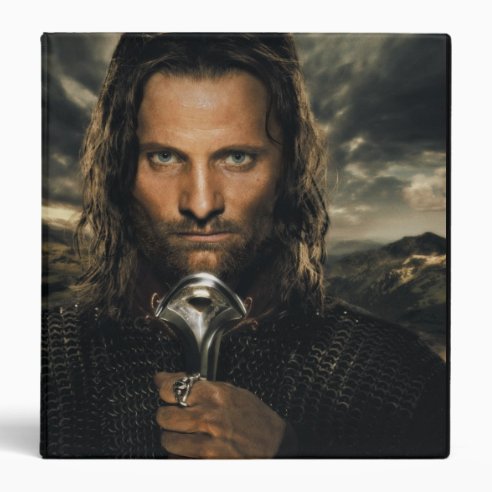 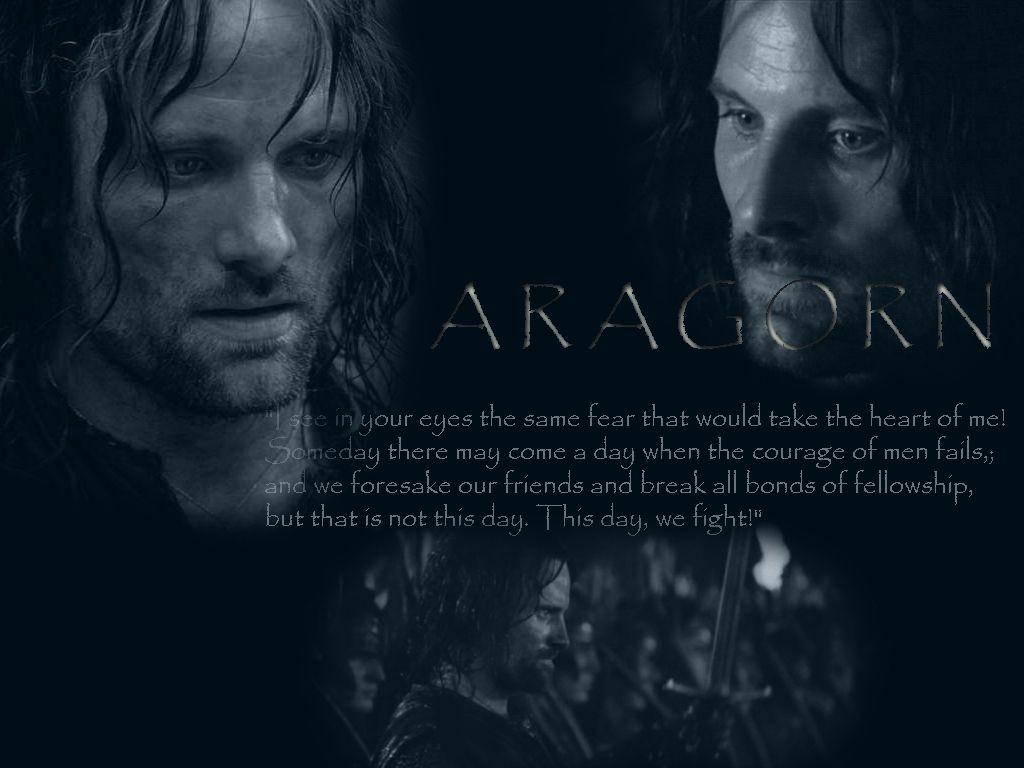 Arthur "Boo" Radley - is a fictional character from Harper Lee’s 1960 novel To Kill a Mockingbird. Boo Radley is a neighbor who lives on the same street as the Finch family. He is a lonely man who attempts to reach out to Jem and Scout for love and friendship, such as leaving them small gifts and figures in a tree knothole. Jem starts to have a different understanding of Radley. Scout finally meets him at the very end of the book, when he saves the children's lives from Bob Ewell. When Boo whispers to Scout to walk him back to the Radley house, at first, Scout does not recognize him. She describes him as being sickly white, with a thin mouth, thin and feathery hair and grey eyes almost as if he were blind. Scout pictures what it would be like to be Radley. While standing on his porch, she realizes that he is not that lonely. When Bob Ewell tries to murder the Finch children, no one sees what happens in the scuffle but Ewell is dead and it is Radley who carries an unconscious Jem into the Finch's house. He is played by Robert Duvall in the film.

Danielle Cage is a fictional character in Marvel Comics, the young daughter of Luke Cage and Jessica Jones. The character, created by Brian Michael Bendis and Michael Gaydos, first appeared in The Pulse #13. Danielle is named after Luke's teammate and best friend Iron Fist 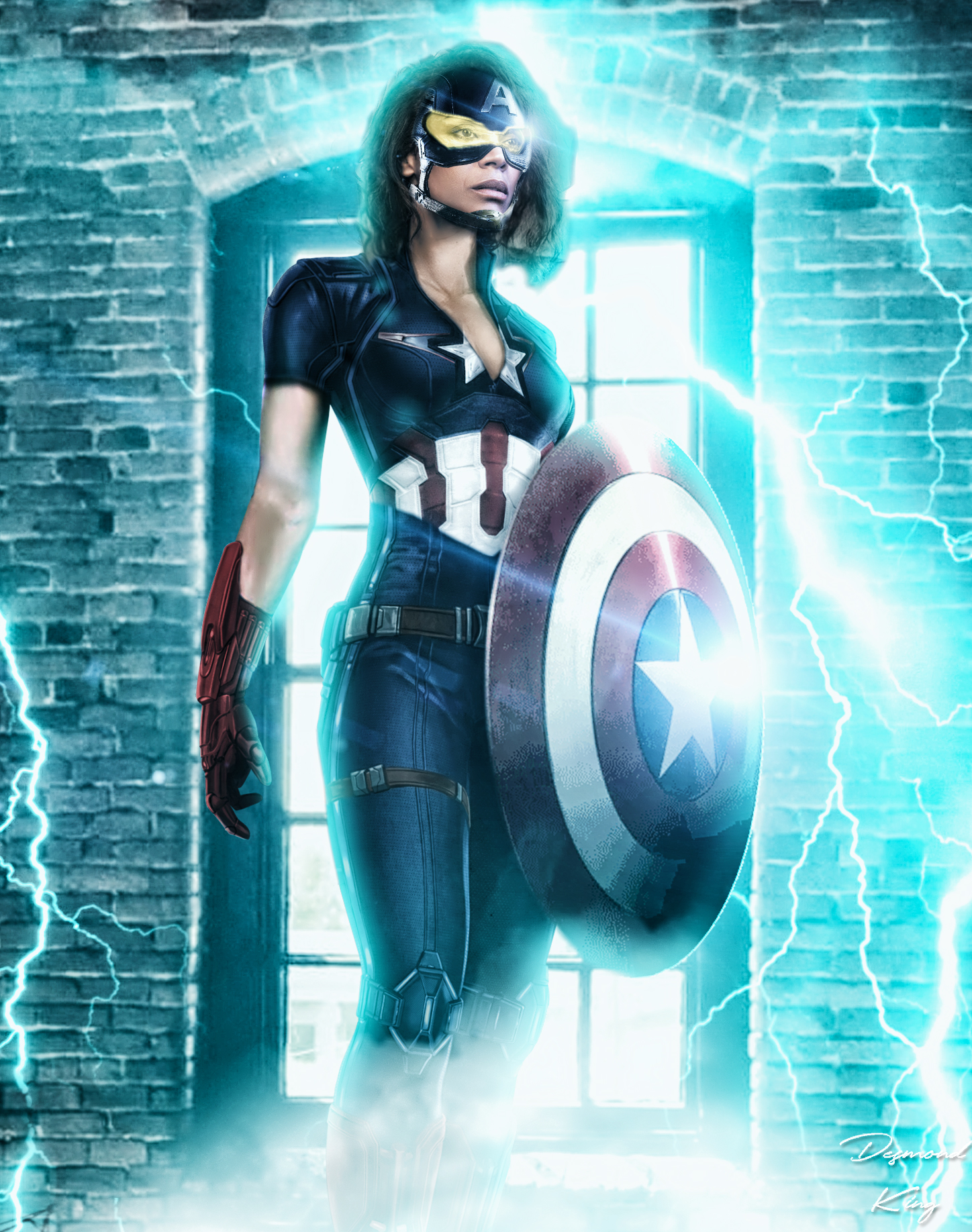 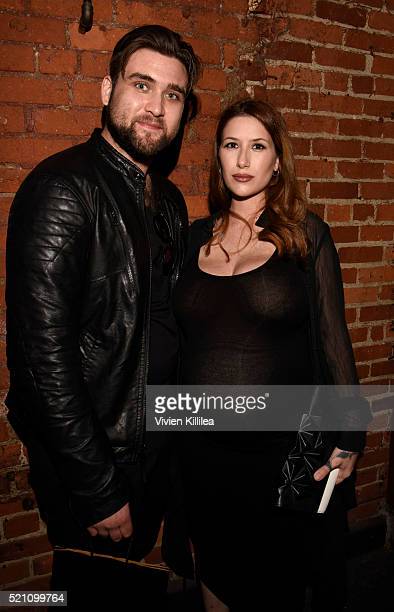 Jack Dawson (fictional character from the movie Titanic. Jack is a handsome, charming artist who was destined to sail on Titanic after he won two tickets for himself and his friend Fabrizio in a poker game just a few short minutes before the ship’s departure.  Social-status wouldn’t prevent the starving artist from meeting affluent and beautiful socialite Rose and embarking on a passionate love affair. He dies at the end of the film from hypothermia, protecting Rose by having her float on a doorframe while he stays in the water; he was only twenty years old. He is portrayed by Leonardo DiCaprio) 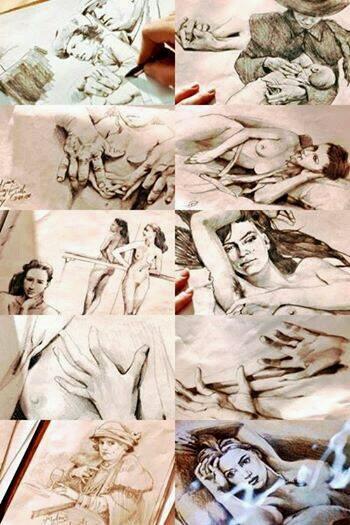 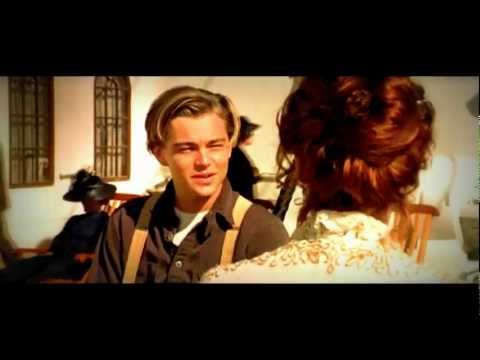 Movie: Titanic (1997)Song: Southhampton (Soundtrack from Titanic)Edit: Me ♥This is surprise for my friend! She loves Leo! :))

Edward Scissorhands, a synthetic man with scissor hands, is taken in by Peg, a kindly Avon lady, after the passing of his inventor. Things take a turn for the worse when he is blamed for a crime he did not commit. 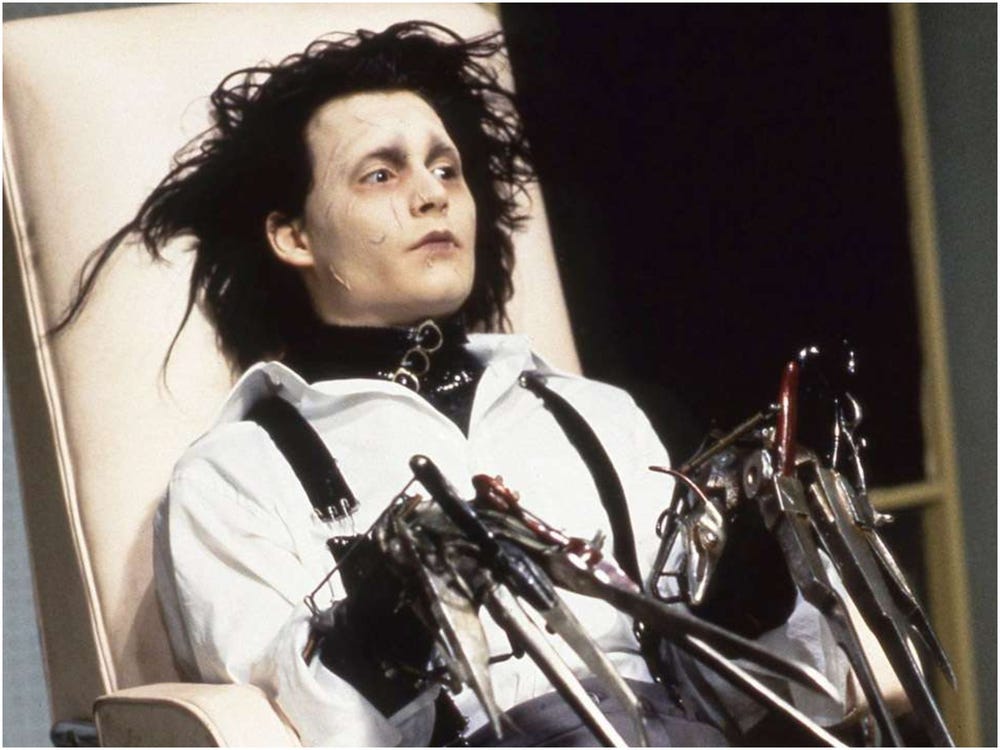 Francesca Alicia "Frenchy" Facciano (is a fictional character in the movie Grease. "Frenchy" is a charter member of the Pink Ladies.  She was played by actress Didi Conn in the 1978 movie adaptation) Her most memorable scene said by people who have seen the film is probably the 'Beauty School Dropout' segment when she imagines Frankie Avalon is singing to her as her guardian angel. Frenchy also accidentally dyes her hair a bright pink when she had trouble in her tinting class at the La Coiffure Beauty School (which she pronounces \"laca-fury\"), she then dyes it blonde for the school dance. 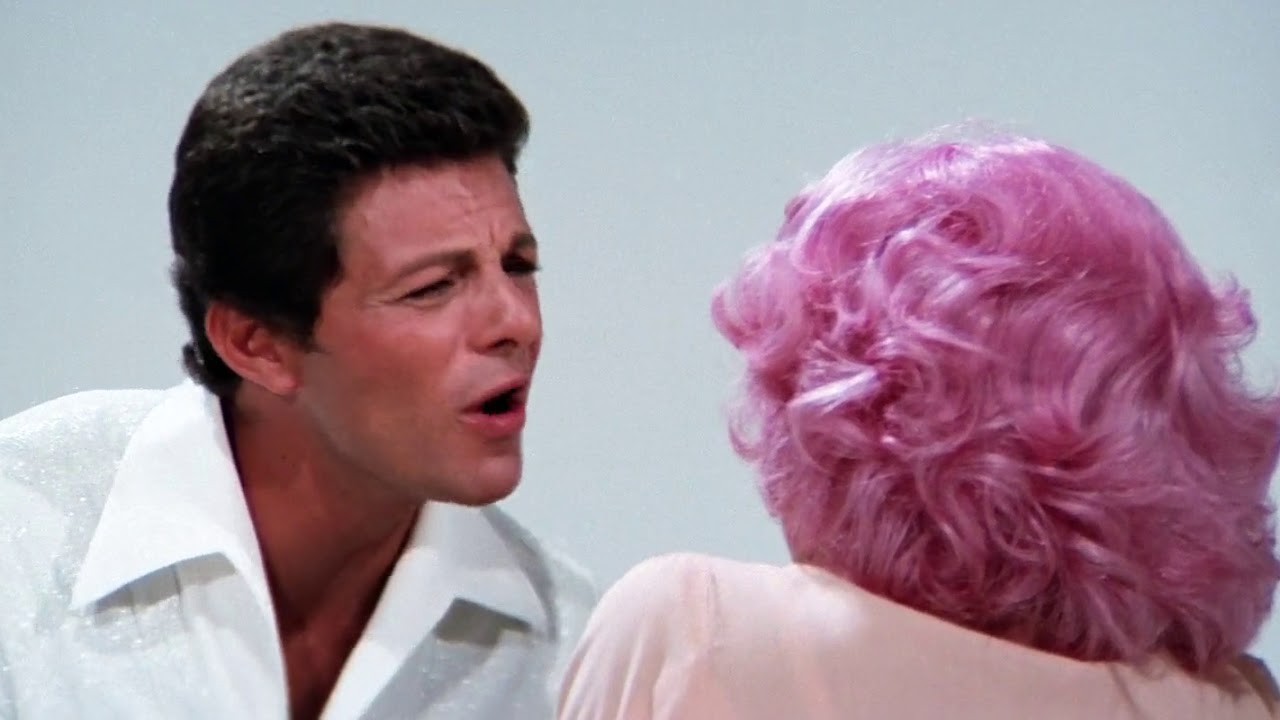 Holly Golightly - is a fictional character in the novella Breakfast at Tiffany's written by Truman Capote in 1958. She is a beautiful 19-year-old and the downstairs neighbor and center of attention of the writer's memoirs. A striking and self-sufficient young woman, Holly sustains herself by dating rich men, though the particulars of this arrangement (that is, what she does to elicit money from them) remain unspecified. One night, she climbs up the fire escape and through the narrator’s window because she’s brought home a drunk man whom she wants to avoid. For the rest of the night, Holly talks to the narrator, insisting that she can help him with his writing career. The novella was loosely adapted into the 1961 movie Breakfast at Tiffany's starring Audrey Hepburn. 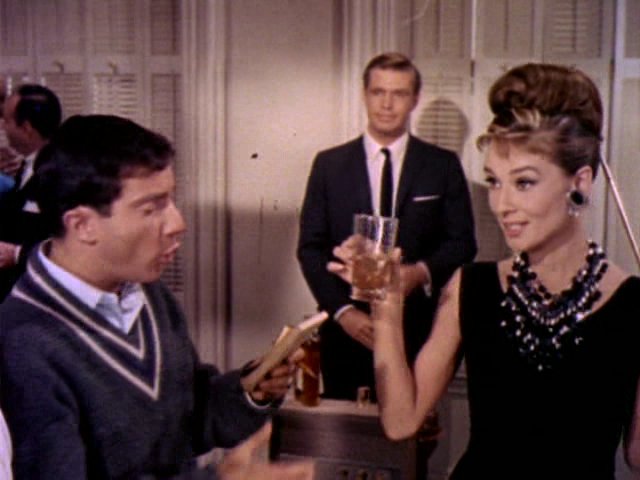 The Hardy Boys (brothers Frank and Joe Hardy, are fictional characters who appear in several mystery series for children and teens. The series revolves around teenagers who are amateur sleuths, solving cases that stumped their adult counterparts. The characters were created by American writer Edward Stratemeyer, the founder of book-packaging firm Stratemeyer Syndicate. The books themselves were written by several ghostwriters, most notably Leslie McFarlane, under the collective pseudonym Franklin W. Dixon) 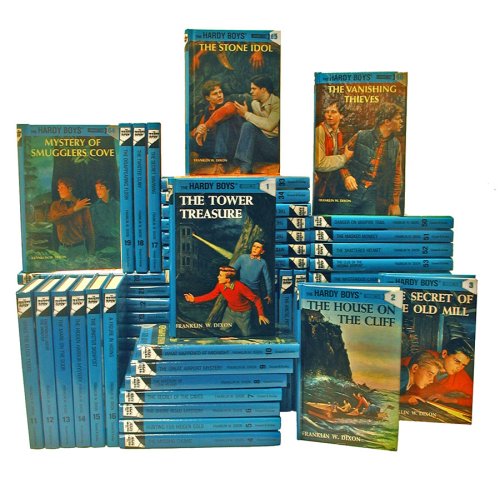 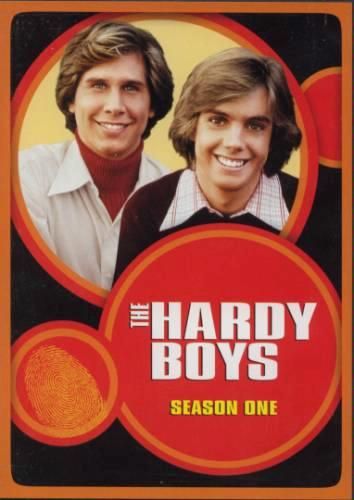 Illya Kuryakin - played by Scottish actor David McCallum, is a fictional character from the 1960s TV spy series The Man from U.N.C.L.E. He is a secret agent with a range of weapons and explosives skills, and is described in the series as holding a Master's degree from the Sorbonne and a Ph.D in Quantum Mechanics from the University of Cambridge. Kuryakin speaks many languages, including French, Spanish, German, Italian and Japanese. The series was remarkable for pairing an American character, Napoleon Solo, with the Russian Kuryakin as two spies who work together for an international espionage organization at the height of the Cold War. Originally, Solo was the focus of the series, but Russian agent Illya Kuryakin drew so much enthusiasm from fans, the agents became a team.

Comment: OMG ... I was 12 years old and going into 8th grade when The Man from U.N.C.L.E. premiered in the fall of 1964. All of us girls were just taken by Robert Vaughn (Napoleon Solo) and David McCallum. I recall one slumber party where that's pretty much all we talked about. LOL 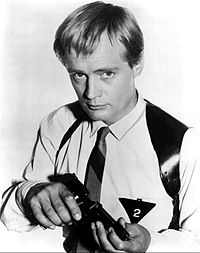 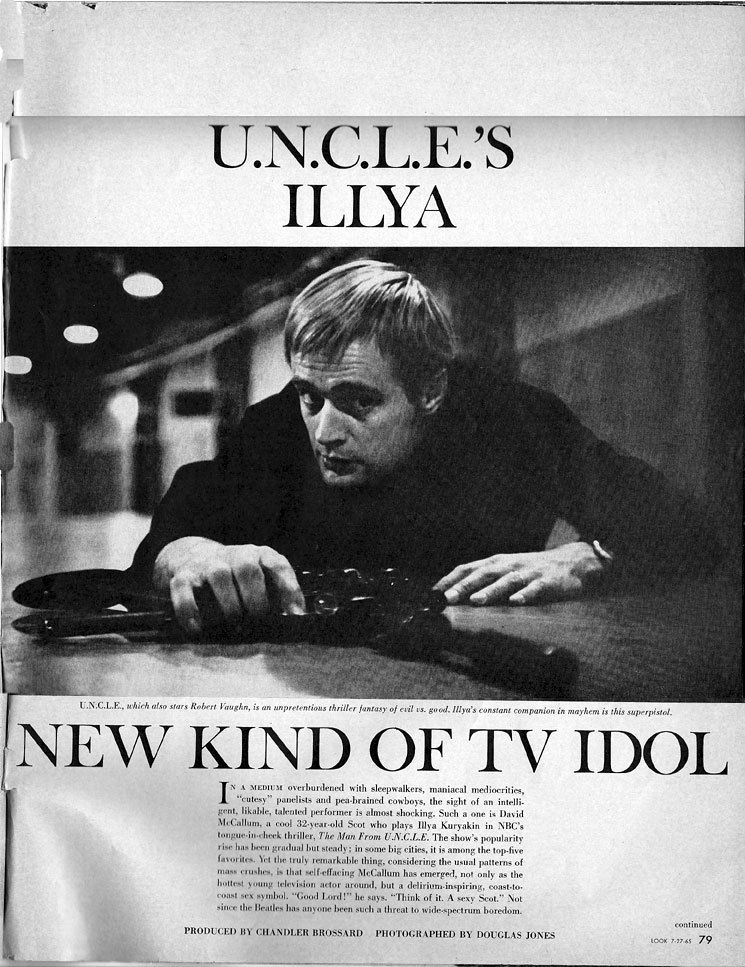