Latest May-13 by Trixie Belle (AnnaDownes01)

Latest May-13 by SharpEye1

Latest May-15 by Tammy27 (DoubleMsMom)

The Newlywed Game (is an American television game show that puts newly married couples against each other in a series of revealing question rounds to determine how well the spouses know or do not know each other. The program, originally created by Robert "Nick" Nicholson and E. Roger Muir (credited on-screen as Roger E. Muir) and produced by Chuck Barris, has appeared in many different versions since its 1966 debut. The show became famous for some of the arguments that couples had over incorrect answers in the form of mistaken predictions, and it even led to some divorces. Many of The Newlywed Game's questions dealt with "making whoopee", the euphemism that producers used for sexual intercourse to circumvent network censorship. However, it became such a catchphrase of the show that its original host, Bob Eubanks, continued to use the phrase throughout the show's many runs, even in the 1980s and 1990s episodes and beyond, when he could easily have said "make love" or "have sex" during these periods without censorship) 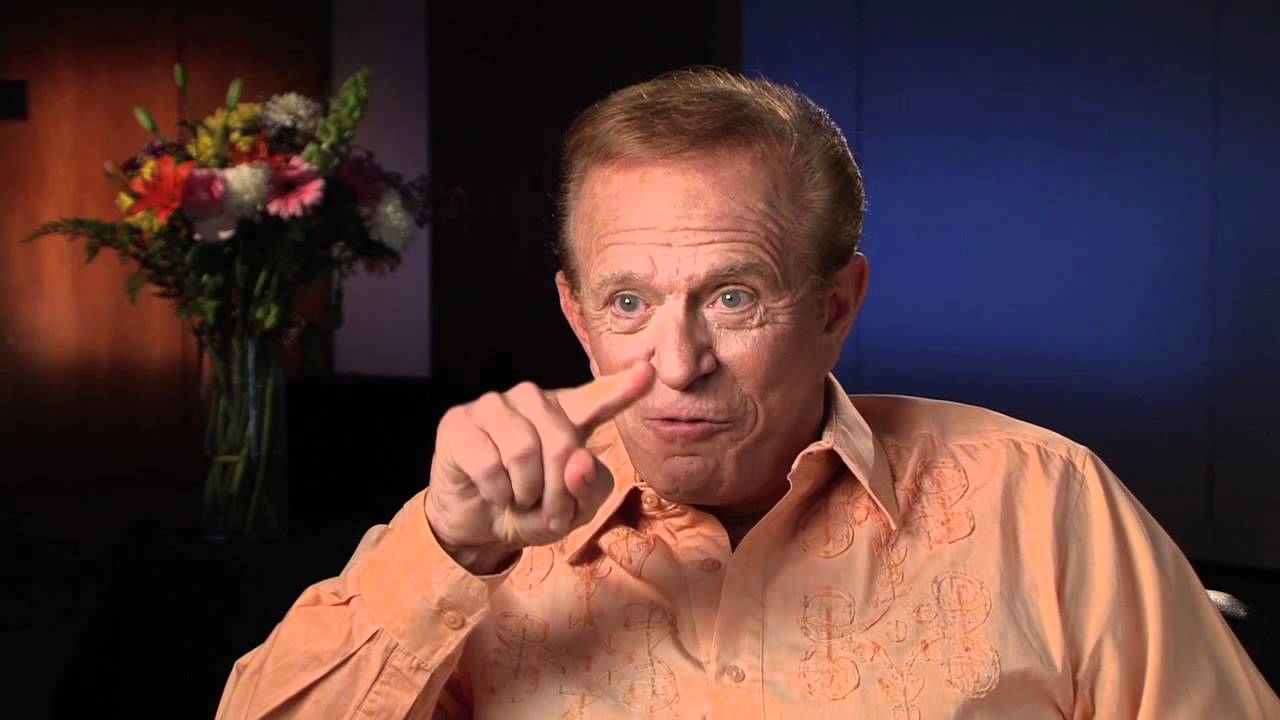 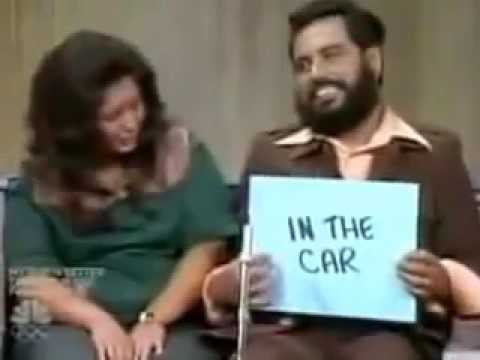 1970's era housewife is asked 'Where is the most unusual place you like having sex.' Her answer shocks America.- 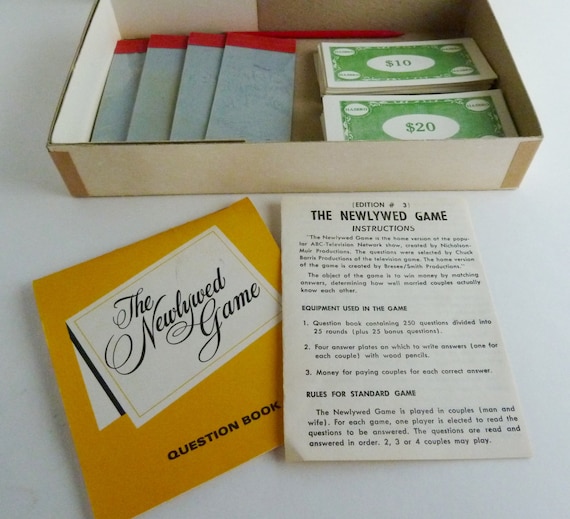 Only Fools and Horses.... is a British television sitcom created and written by John Sullivan. Seven series were originally broadcast on BBC One in the United Kingdom from 1981 to 1991, with sixteen sporadic Christmas specials aired until the end of the show in 2003. Set in working-class Peckham in south-east London, it stars David Jason as ambitious market trader Derek "Del Boy" Trotter and Nicholas Lyndhurst as his younger brother Rodney Trotter, alongside a supporting cast. The series follows the Trotters' highs and lows in life, in particular their attempts to get rich. 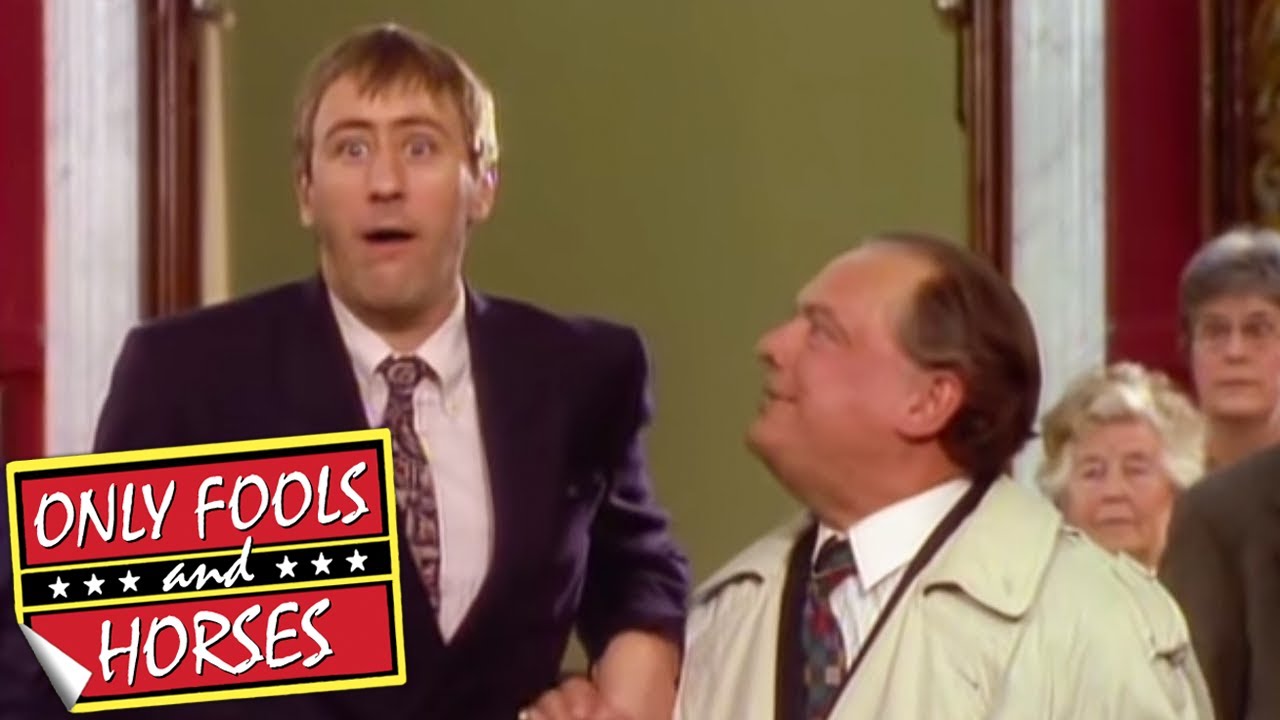 #ComedyAtChristmas Del and Rodney arrive at Sotheby's for the auction of the antique watch they found in their lock-up. Could Del's eternal prophecy of one d...

Pillow Pets Commercial (are a brand of stuffed toys with velcro straps which enable them to be converted from a decorative pillow into a stuffed animal. The toys are made from chenille. Pillow Pets were invented by Jennifer Telfer in 2003. They first gained success when Telfer personally sold the toys close to the Christmas season of that year. They would later become more successful through television advertising, where the company's slogan, "It's a pillow, it's a pet, it's a Pillow Pet!" was featured in every ad. Pillow Pets have been used for charitable fund raising) 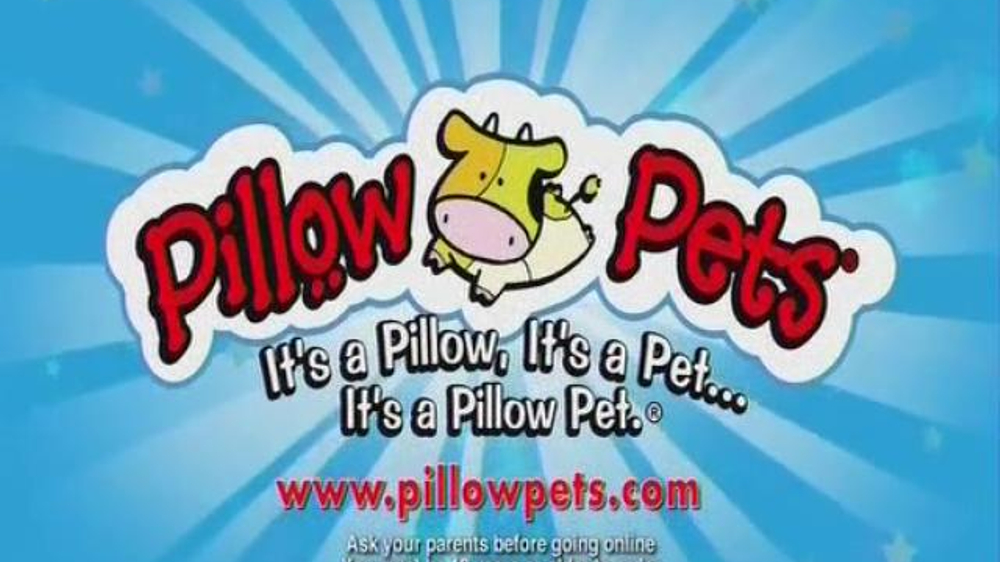 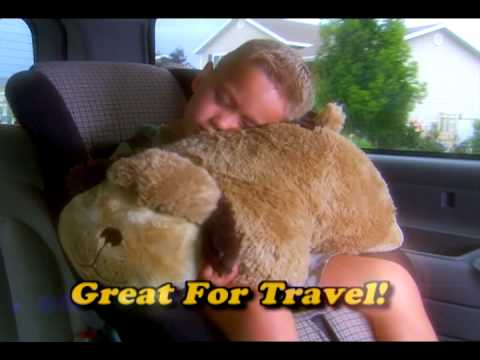 http://www.pillowpets.com/?tag=youtubeAs Seen On TV - Pillow PetIt's a Pillow. It's a Pet. It's a Pillow Pet!Few things compare to the comfort and companions...

Quatermass  is a British television science fiction serial produced by Euston Films for Thames Television and broadcast on the ITV network in October and November 1979. Like its three predecessors, Quatermass was written by Nigel Kneale. It is the fourth and final television serial to feature the character of Professor Bernard Quatermass. In this version, the character is played by John Mills.

Influenced by the social and geopolitical situation of the early 1970s and the hippie youth movement of the late 1960s, Quatermass is set in a near future in which large numbers of young people are joining a cult, the Planet People, and gathering at prehistoric sites, believing they will be transported to a better life on another planet. The series begins with Professor Quatermass arriving in London to look for his granddaughter, Hettie Carlson, and witnessing the destruction of two spacecraft and the disappearance of a group of Planet People at a stone circle by an unknown force. He investigates this force, believing that Hettie may be in danger. As the series progresses, it becomes apparent that the Planet People are being harvested rather than transported. 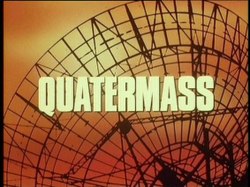 Rosie, the waitress, and Bounty Paper Towels commercial - Actress Nancy Walker played Rosie, a New Jersey diner waitress in a series of commercials for Bounty paper towels from 1970 to 1990. She helped make the product's slogan, "the quicker picker-upper", a common catchphrase. She credited the towel commercials with landing her the role of Ida Morgenstern in the TV series Rhoda. 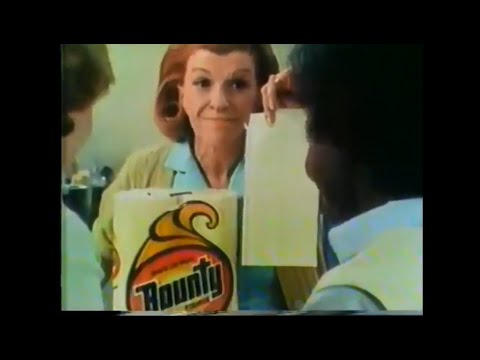 "Spicy Meatball" Commercial (One of the most famous commercials of all time! The ground-breaking Alka Seltzer commercial from 1969, a commercial-within-a-commercial showing a series of supposed out-takes, this hilarious spot stars Jack Somack as a hapless commercial actor being forced to eat spicy meatballs in take after take, with an unfortunately increasing gastric price to pay!)

That was great when the oven door fell off!! 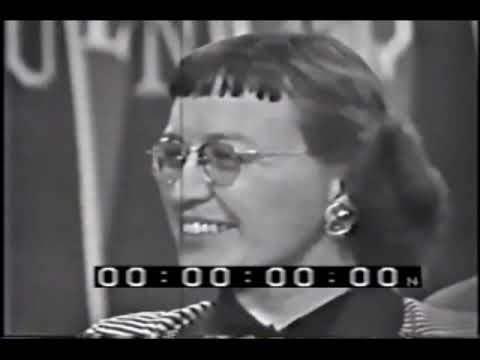 And here it is, Ralph Edwards introduces Bob Barker to national television in the daytime premiere of the show where no matter how much truth you may have, y...

Ultimate Tag (is an American sports entertainment obstacle course competition television series that aired on Fox from May 20 to July 29, 2020. The format is based on the game of tag and involves contestants running through various indoor obstacle courses while professional taggers attempt to catch them. It has similarities to parkour championship World Chase Tag and the game show American Gladiators. The show was hosted by J. J., Derek, and T. J. Watt) 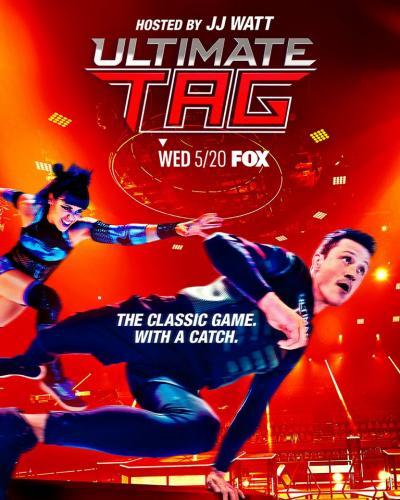 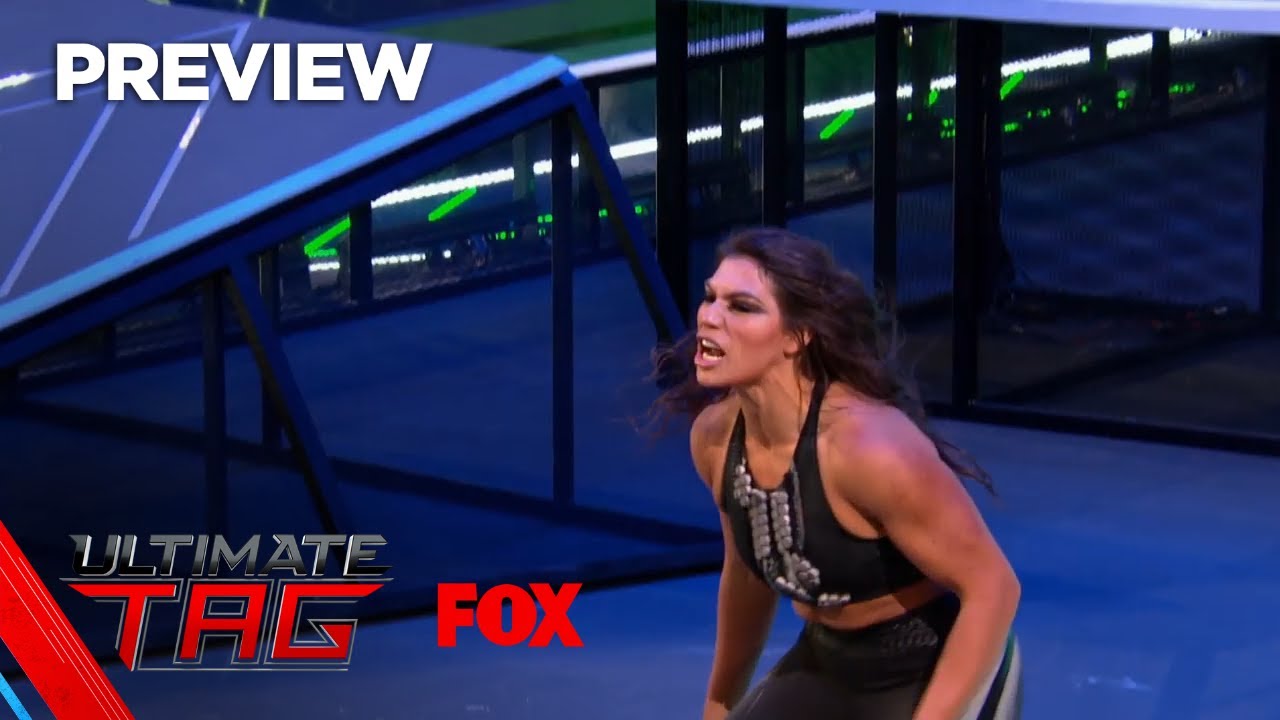 Vera is a British crime drama series based on the Vera Stanhope series of novels written by crime writer Ann Cleeves. It was first broadcast on ITV on 1 May 2011, and to date, eleven series have aired, with the latest debuting on 29 August 2021. The series stars Brenda Blethyn as the principal character, Detective Chief Inspector Vera Stanhope.

Vera is a nearly retired employee of the fictional 'Northumberland & City Police', who is obsessive about her work and driven by her own demons. She plods along in a constantly dishevelled state, but has a calculating mind and, despite her irascible personality, she cares deeply about her work and colleagues. She often proves her superior skills by picking up small errors in her team members' thought processes. (with her famous Landrover ride!)

Winona in Winona Commercial (2020 Super Bowl commercial has Winona Ryder going to visit her hometown and namesake - Winona, Minnesota, to show the power of Small Town, USA and small businesses for Squarespace) 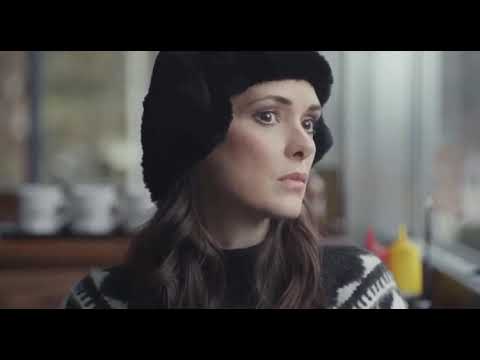