Trakai Island Castle in Lithuania (is an island castle located in Trakai, Lithuania, on an island in Lake Galve. The construction of the stone castle was begun in the 14th century by Kestutis, and around 1409 major works were completed by his son Vytautas the Great, who died in this castle in 1430. Trakai was one of the main centers of the Grand Duchy of Lithuania and the castle held great strategic importance. The castle was rebuilt in the 1950s–1960s by Lithuanian initiative, although it had received resistance from Soviet authorities. The Trakai History Museum was established after the reconstruction) 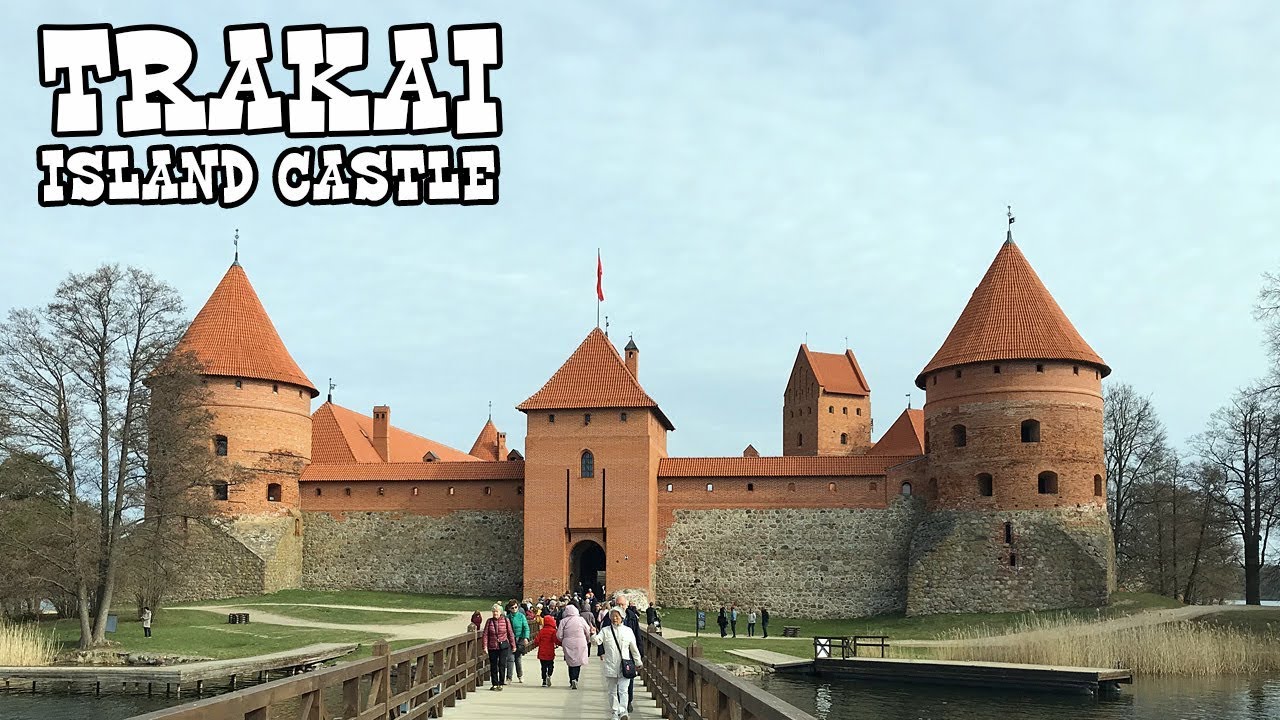 Trakai Island Castle is an island castle located in Trakai, Lithuania, on an island in Lake Galve. The construction of the stone castle was begun in the 14th...

The United Nations Secretariat Building is a 505-foot tall skyscraper and the centerpiece of the headquarters of the United Nations, in the Turtle Bay/East Midtown neighborhood of Manhattan in New York City, alongside the East River. 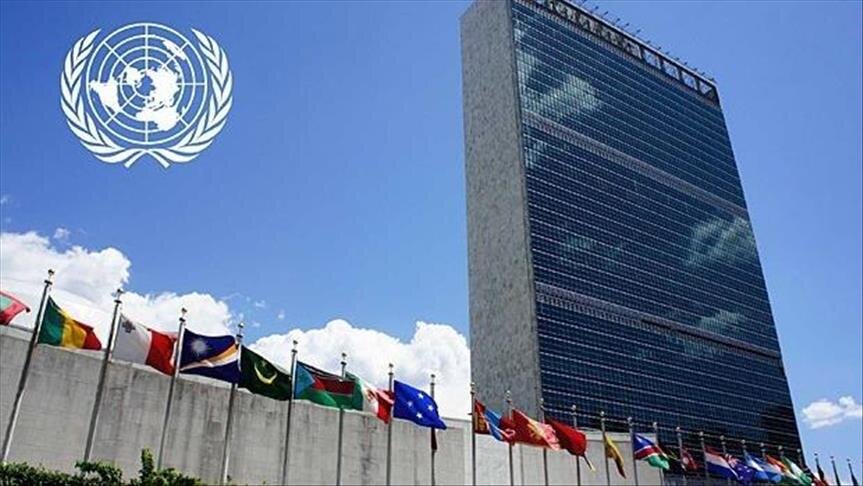 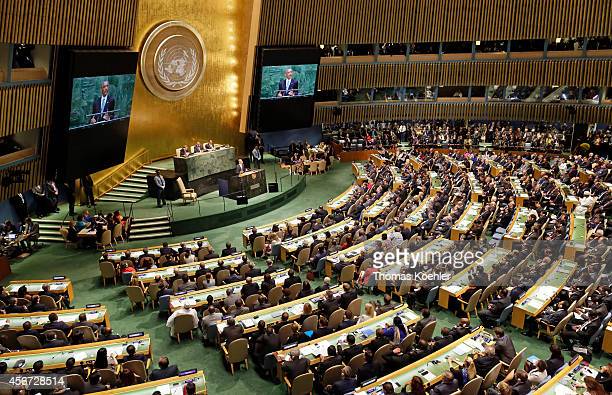 Vicente Pérez Rosales National Park in Chile (is located in Los Lagos Region, Llanquihue Province, of Chile. Its western entrance is close to the Ensenada locality, 82 km (51 mi) northeast of the provincial capital of Puerto Montt, and 64 km (40 mi) from Puerto Varas along Ruta CH-225. This national park covers about 2,530 km2 (977 sq mi) and is almost entirely in the Andes mountain chain. The adjacent national parks Vicente Pérez Rosales and Puyehue National Park in Chile, and Nahuel Huapi National Park and Lanín National Park in Argentina, provide a continuous protected area of close to 15,000 km2 (5,792 sq mi). The park protects the body of Todos los Santos Lake and a large part of its catchment. The outlet of the lake at the Petrohué locality gives rise to the Petrohué River. A short distance downstream, still within the limits of the Park, the Petrohué river flows through the Petrohue Waterfalls. The Park also contains the eastern slope of Volcan Osorno, the southern slope of the Puntiagudo and the western slopes of the Tronador, with a maximum altitude of 3,491 m (11,453 ft). These mountains with year round snow give a strong imprint to the landscape) 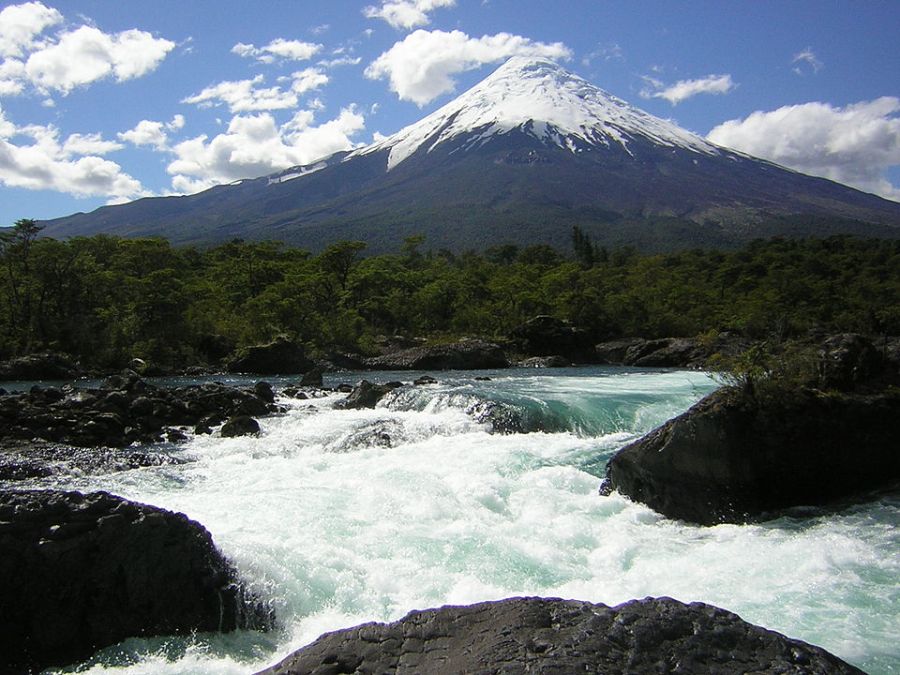 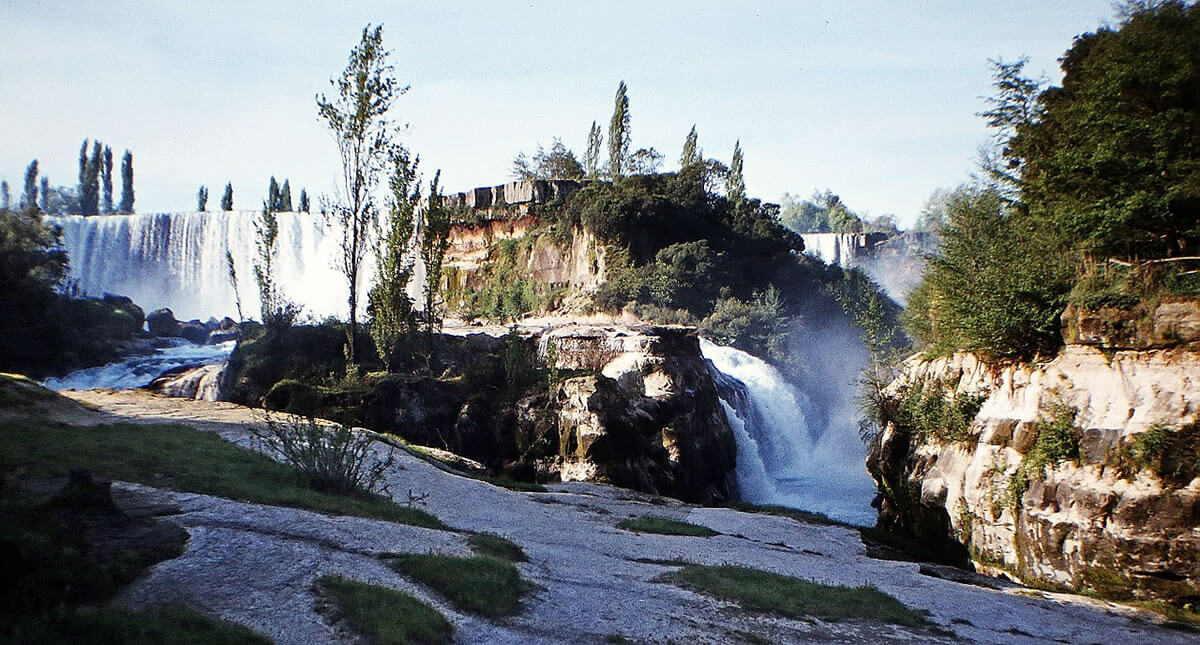 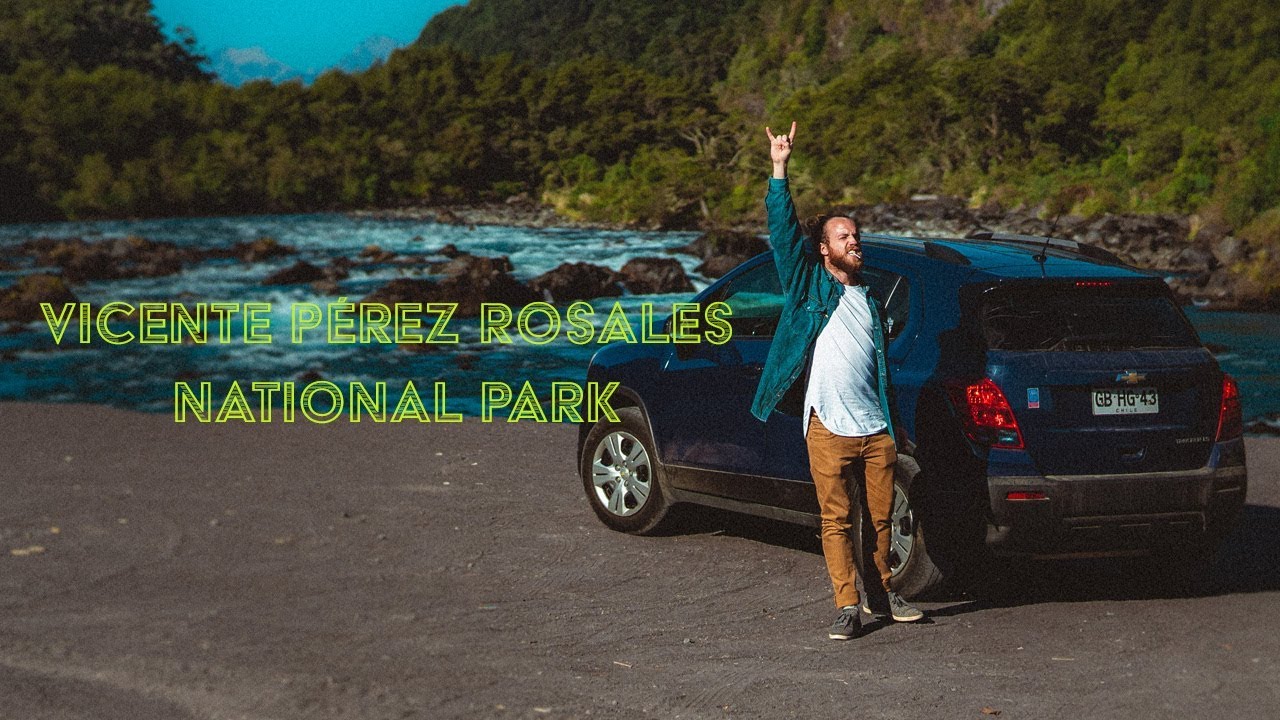 Little throwback to this video shot on my iPhone. Went and visited a little national park near where my girlfriends father lives in Puerto Montt, Chile. Conn...

Windsor Castle is a royal residence at Windsor in the English county of Berkshire. It is strongly associated with the English and succeeding British royal family, and embodies almost a millennium of architectural history. It is where the Queen currently resides and where we recently held the funeral of the later Duke of Edinburgh.

The original castle was built in the 11th century after the Norman invasion of England by William the Conqueror. Since the time of Henry I (who reigned 1100–1135), it has been used by the reigning monarch and is the longest-occupied palace in Europe. The castle's lavish early 19th-century state apartments were described by early 20th century art historian Hugh Roberts as "a superb and unrivalled sequence of rooms widely regarded as the finest and most complete expression of later Georgian taste"] Inside the castle walls is the 15th-century St George's Chapel, considered by the historian John Martin Robinson to be "one of the supreme achievements of English Perpendicular Gothic" design. 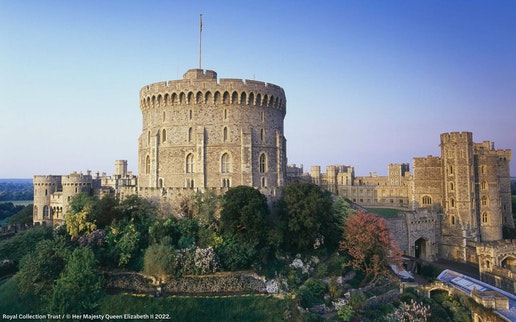 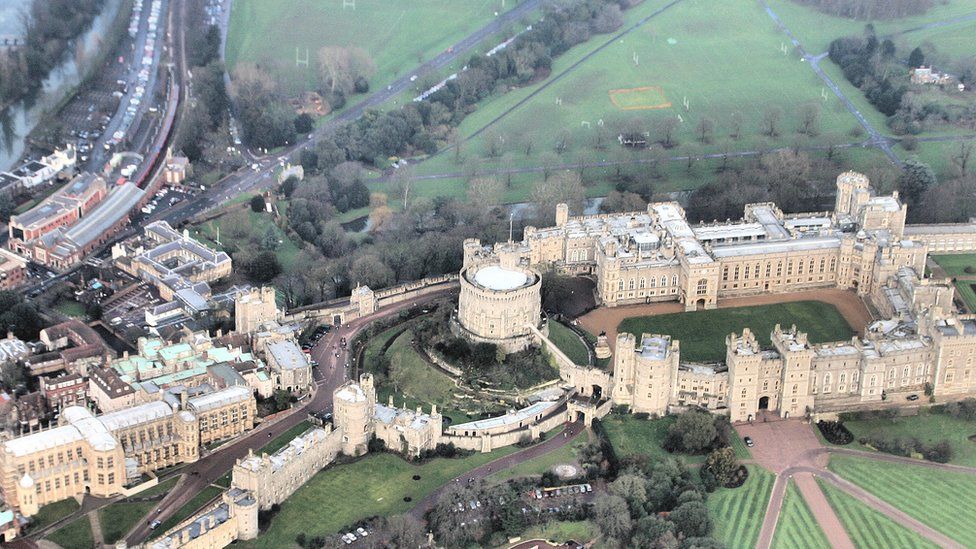 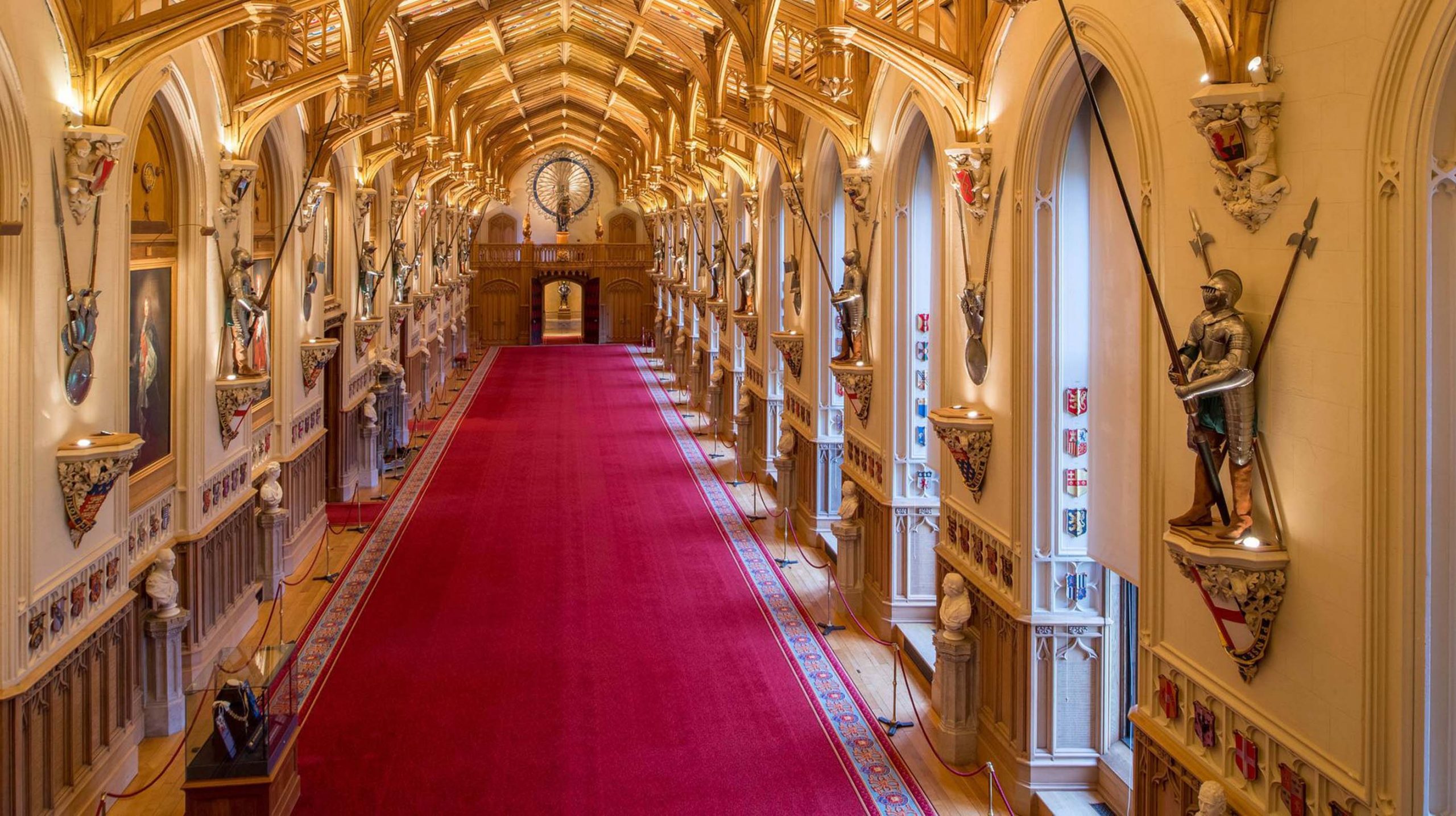 Xel-Há Park in Mexico (is a commercial aquatic theme park and ecotourism development located on the Caribbean coast of the state of Quintana Roo, Mexico, in the municipality of Tulum.  It is situated within the "Riviera Maya", a region promoted as a tourism corridor along Highway 307. It is approximately 240 kilometres (149 mi) to the north of Chetumal, and 122 kilometres (76 mi) south of Cancun. The park is named after the site of Xelha, an archaeological site of the pre-Columbian Maya civilization, part of which is located within the lands leased to the park. The Maya site of Tulum is nearby, some 13 kilometres (8.1 mi) to the south) 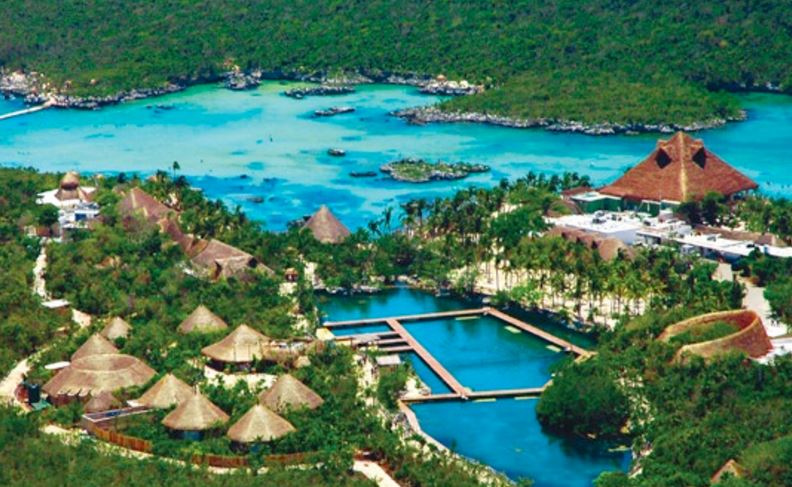 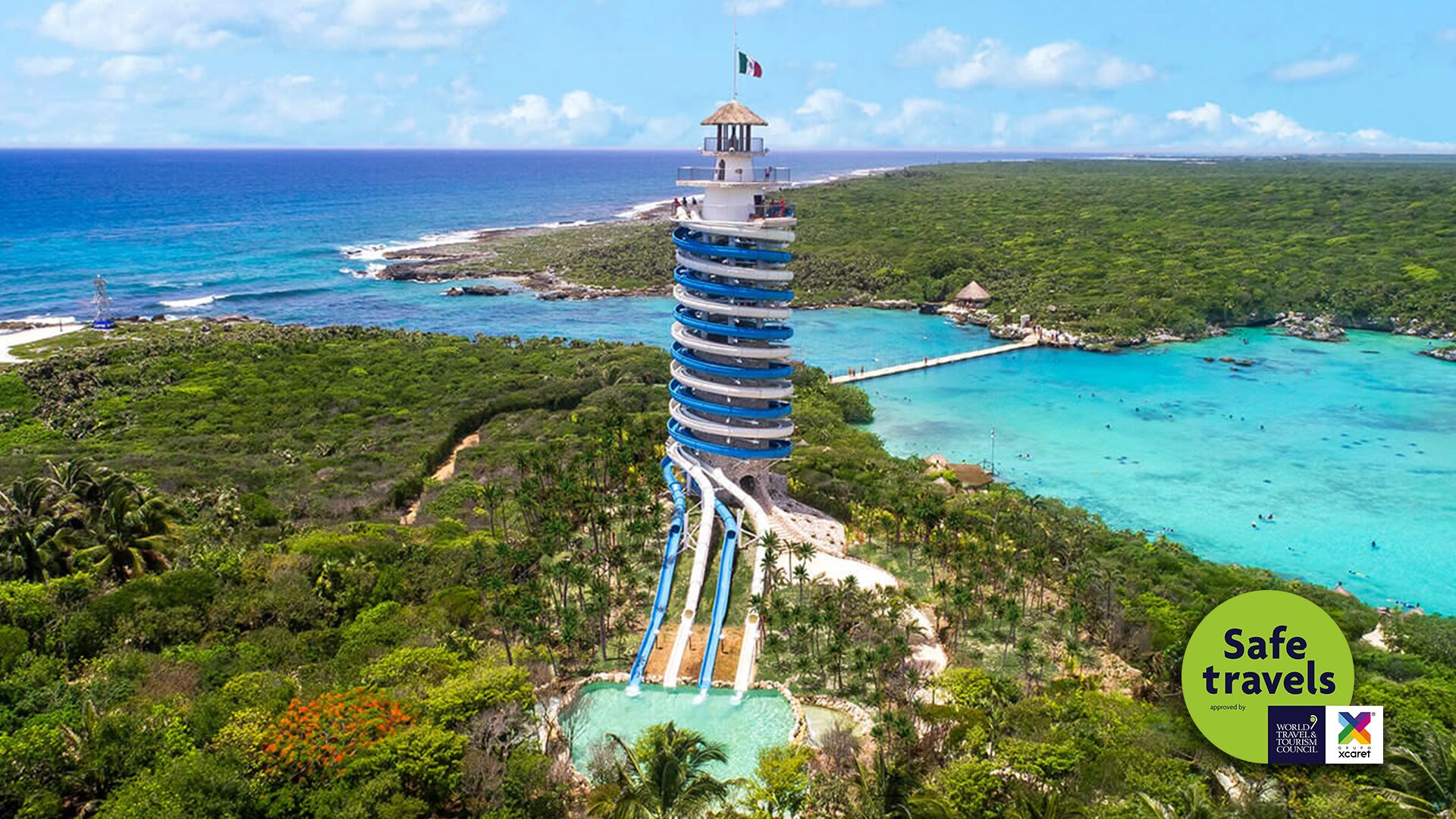 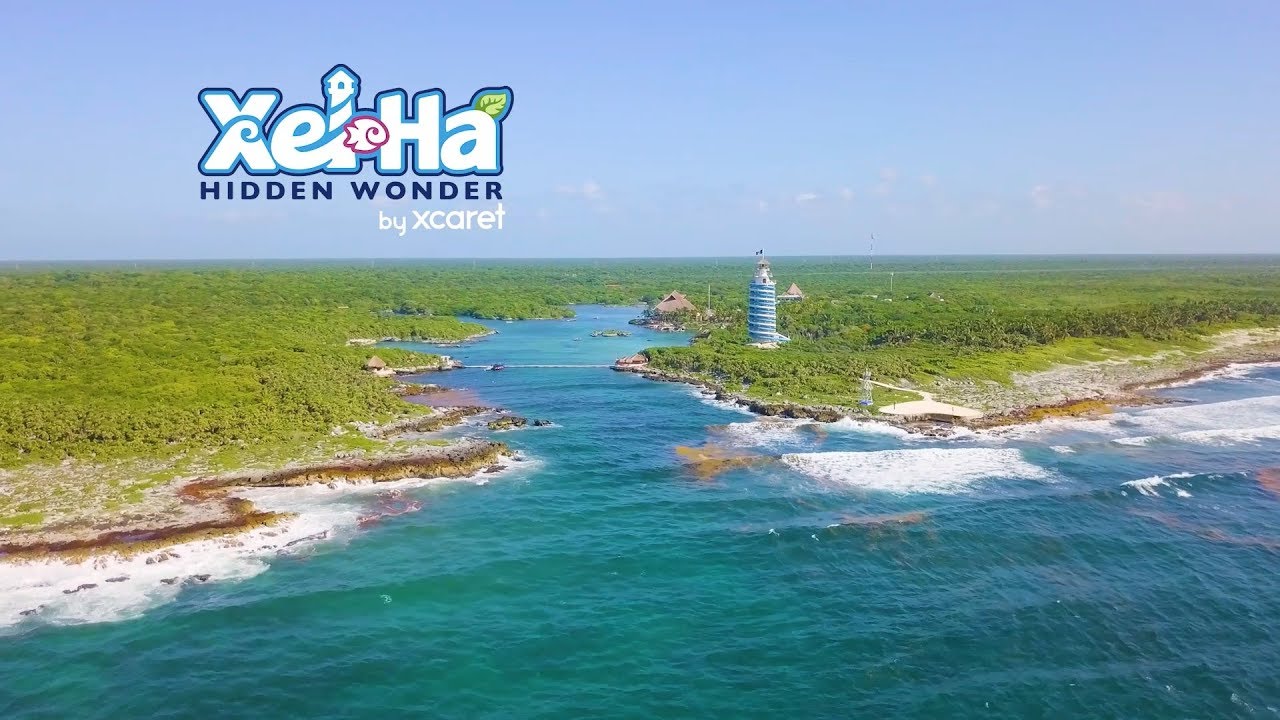 XEL-HÁ is a natural aquarium.A freshwater river which turns into a saltwater inlet and ends in the Caribbean Sea.You can snorkel your way down the river or y...

Yamoussoukro is the capital city of Côte d'Ivoire, in West Africa. It's inland, northwest of the country’s economic and cultural hub, the coastal city of Abidjan. It's known for the enormous Basilica of Our Lady of Peace of Yamoussoukro, with its stained-glass windows and towering dome. The city is the birthplace of 20th-century president Félix Houphouët-Boigny, whose former palace has a crocodile-filled lagoon. 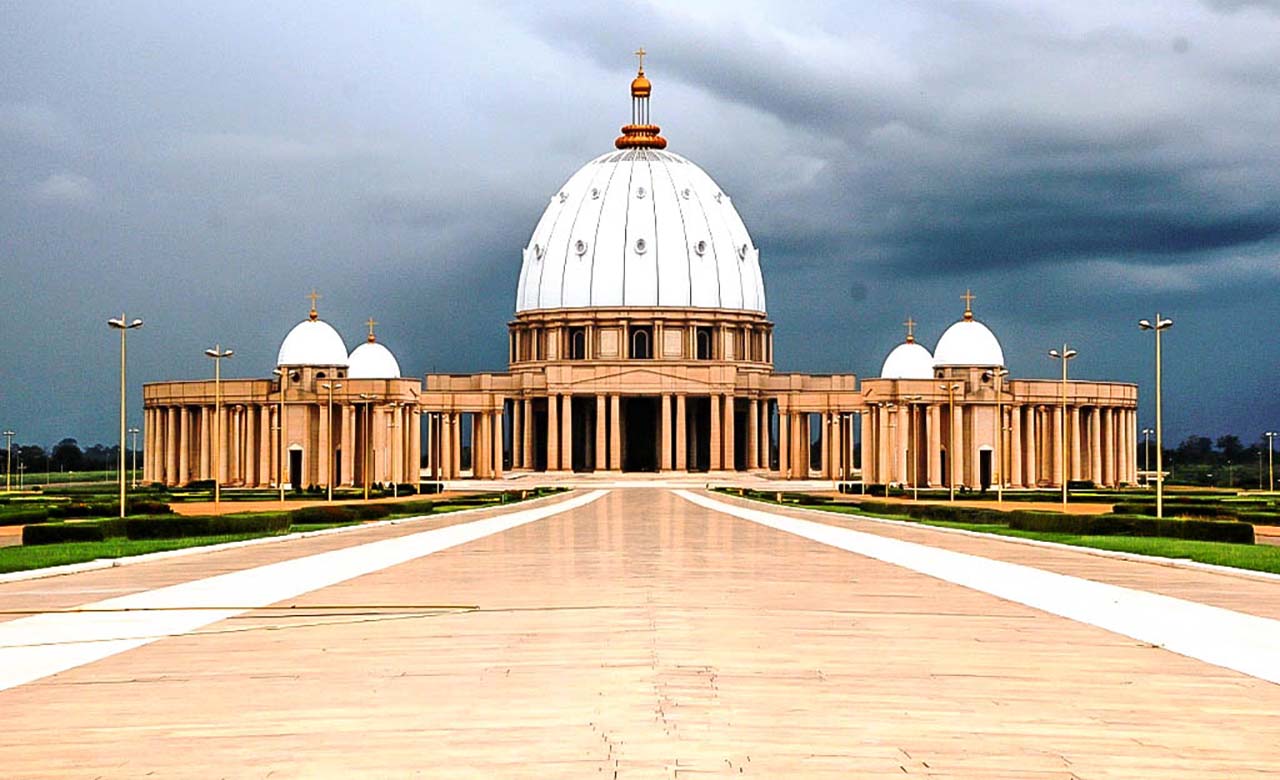 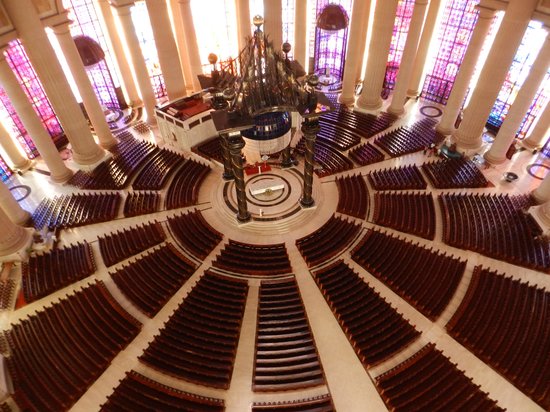 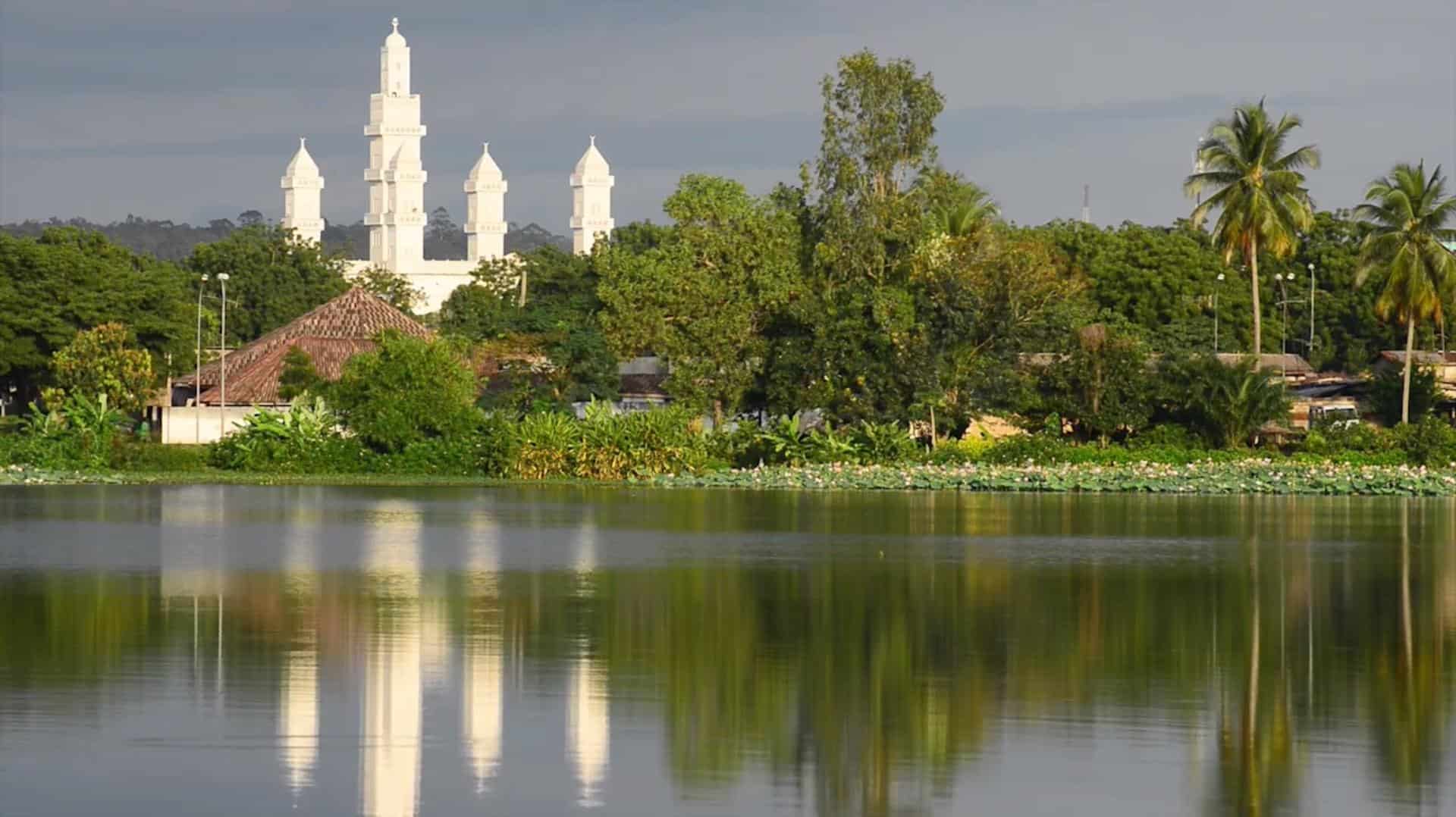 Zhoukoudian Peking Man Site in China (also romanized as Choukoutien, is a cave system in suburban Fangshan District, Beijing. It has yielded many archaeological discoveries, including one of the first specimens of Homo erectus (Homo erectus pekinensis), dubbed Peking Man, and a fine assemblage of bones of the gigantic hyena Pachycrocuta brevirostris. Due to differing interpretations of the evidence, proposed dates for when Peking Man inhabited this site vary greatly, with : 700,000-200,000 years ago,[1] 670,000-470,000 years ago[2] and no earlier than 530,000 years ago. The Peking Man Site was first discovered by Johan Gunnar Andersson in 1921and was first excavated by Otto Zdansky in 1921 and 1923 unearthing two human teeth. These were later identified by Davidson Black as belonging to a previously unknown species and extensive excavations followed. Fissures in the limestone containing middle Pleistocene deposits have yielded the remains of about 45 individuals as well as animal remains and stone flake and chopping tools. The oldest animal remains date from as early as 690,000 years ago and tools from 670,000 years ago while another authority dates the tools found from no earlier than 530,000 years ago. During the Upper Palaeolithic, the site was re-occupied and remains of Homo sapiens and its stone and bone tools have also been recovered from the Upper Cave) 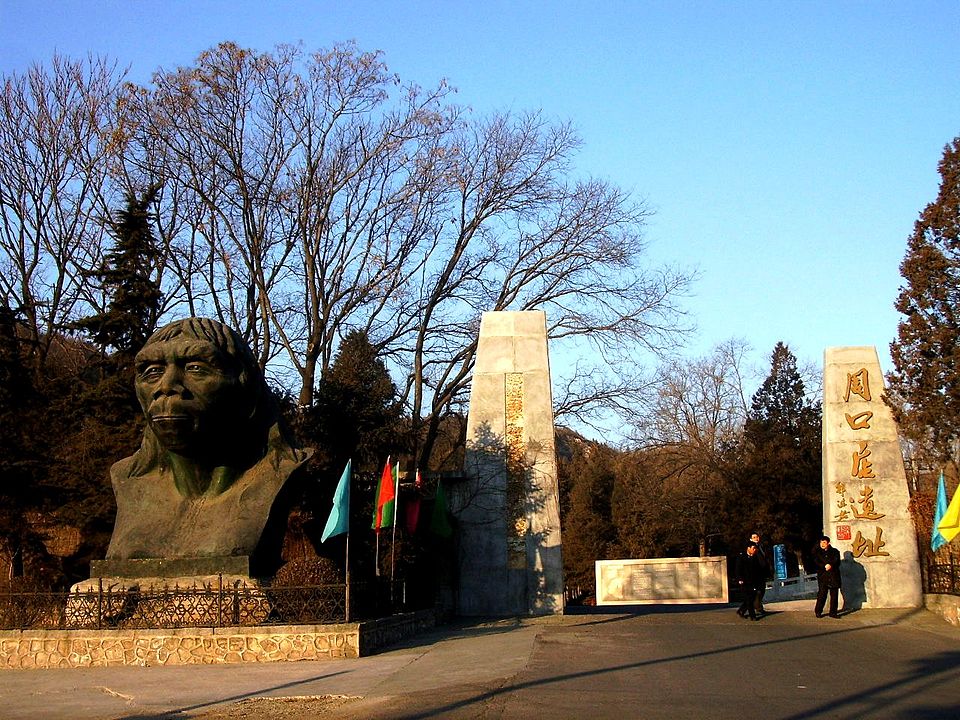 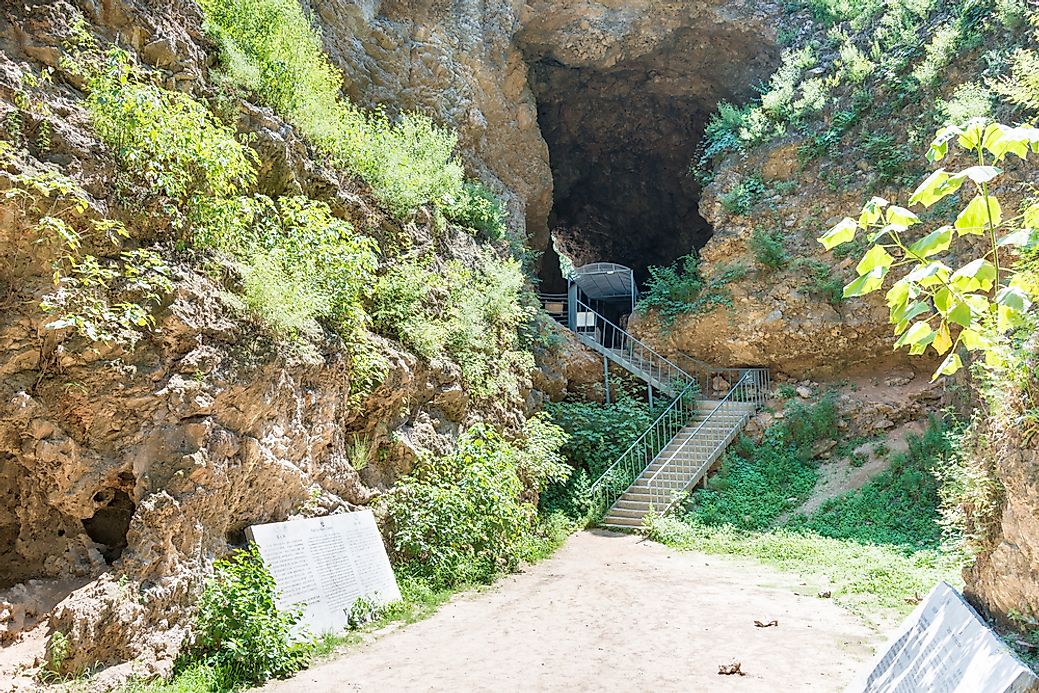 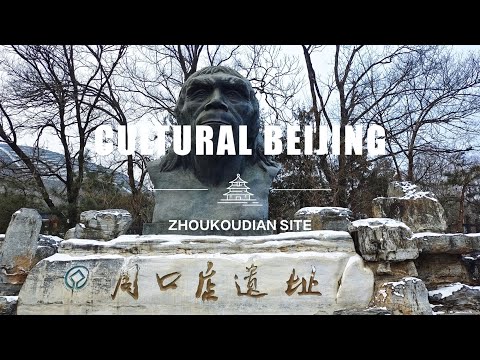 One of the most exciting archaeological discoveries of the 20th century happened just outside of Beijing. During the 1920s and 1930s, fossils and artifacts b...

Abraham Lincoln Birthplace National Park in Hodgenville, KY - For over a century people from around the world have come to rural Central Kentucky to honor the humble beginnings of our 16th president, Abraham Lincoln.  His early life on Kentucky's frontier shaped his character and prepared him to lead the nation through Civil War.  The country's first memorial to Lincoln, built with donations from young and old, enshrines the symbolic birthplace cabin. Built on the knoll above the sinking spring where many believe the Lincoln cabin originally stood, the Memorial Building at Abraham Lincoln Birthplace National Historical Park was constructed between 1909 and 1911 in an effort by the Lincoln Farm Association to commemorate the life and accomplishments of the sixteenth President of the United States and to protect his "birth cabin." 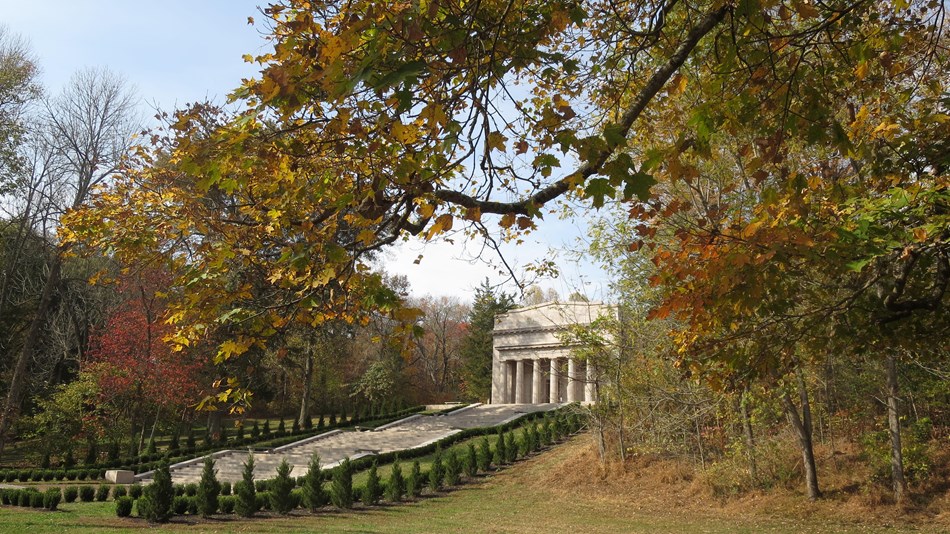 A replica of the boyhood home of Abraham Lincoln is here as a memorial building. 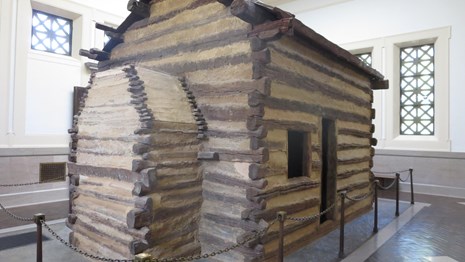 The Sinking Spring runs through the park, which was the source for water on the Lincoln homestead. 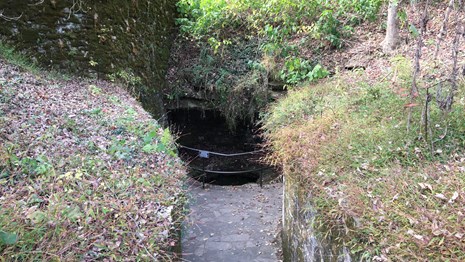 Bourton on the Water in England (is a village located within the Cotswold area of outstanding natural beauty in Gloucestershire, England. It is a large village, well known for the picturesque High Street surrounded by wide greens and the River Windrush that runs through them. The scenic beauty is so mesmerizing that it has been called the “Venice of the Cotswolds”) 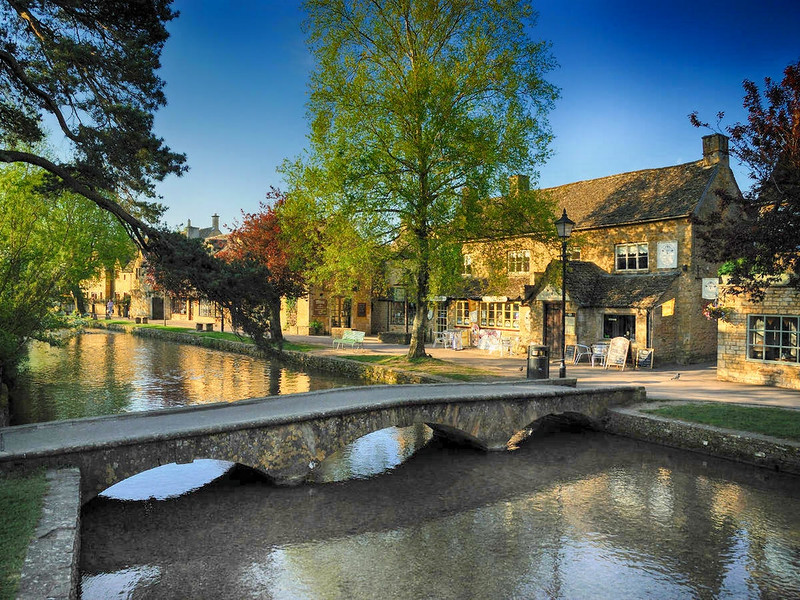 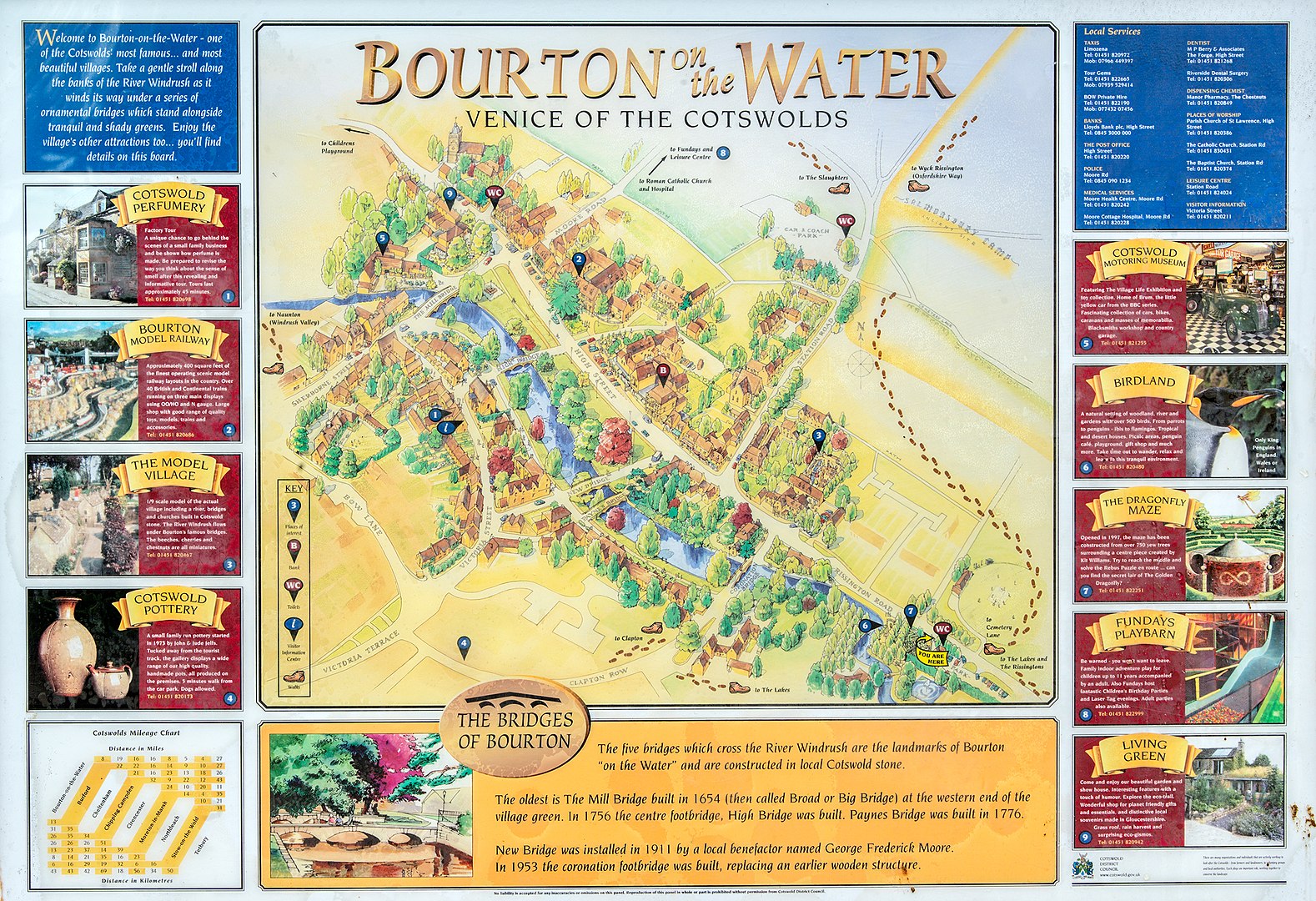 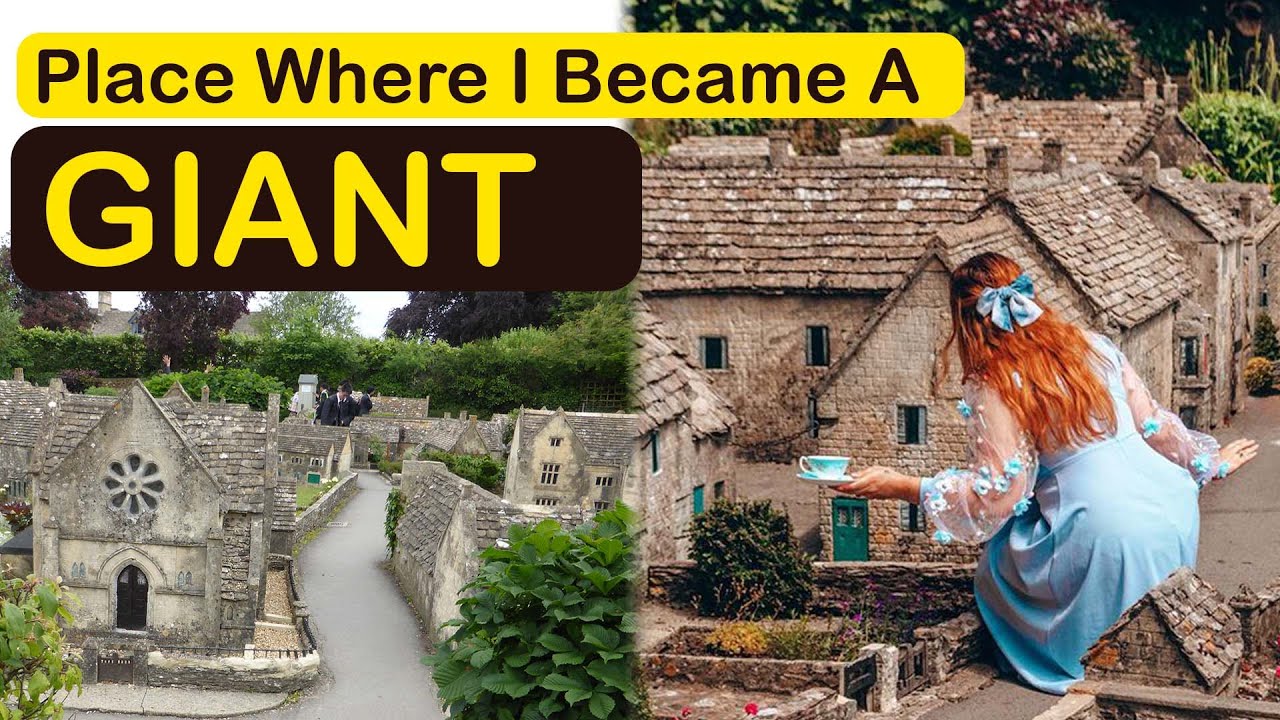 Bourton On The Water Model Village

Are you looking to see a Replica of the Venice of the Cotswolds then Bourton on the Water Model Village can be your place of visit. As you will be surprised ... 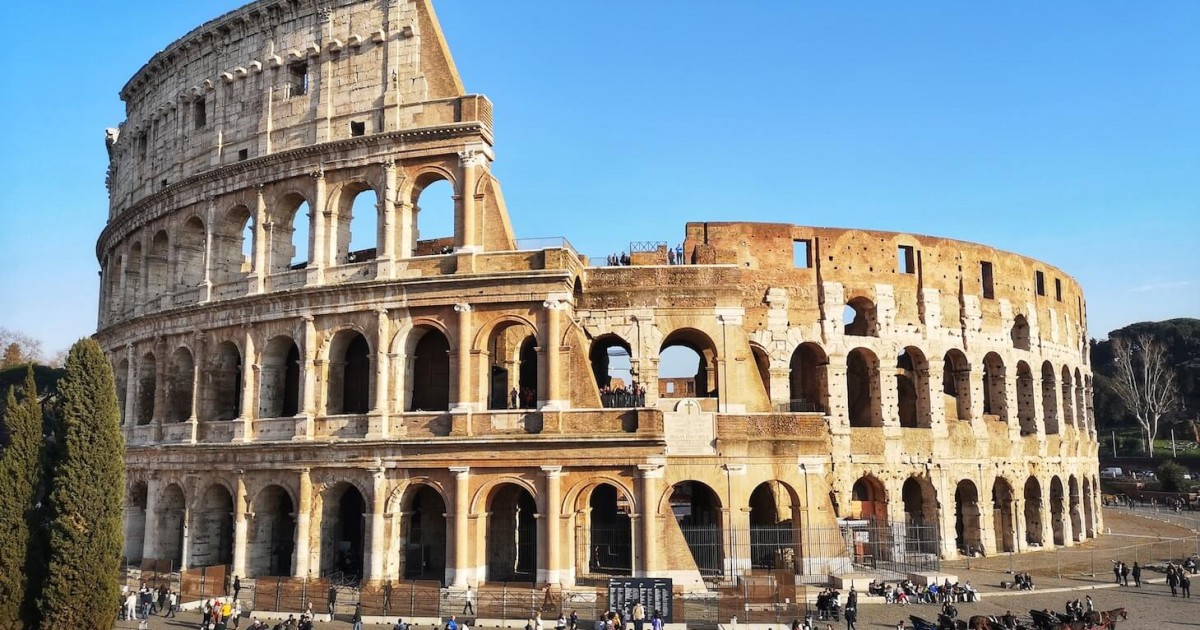 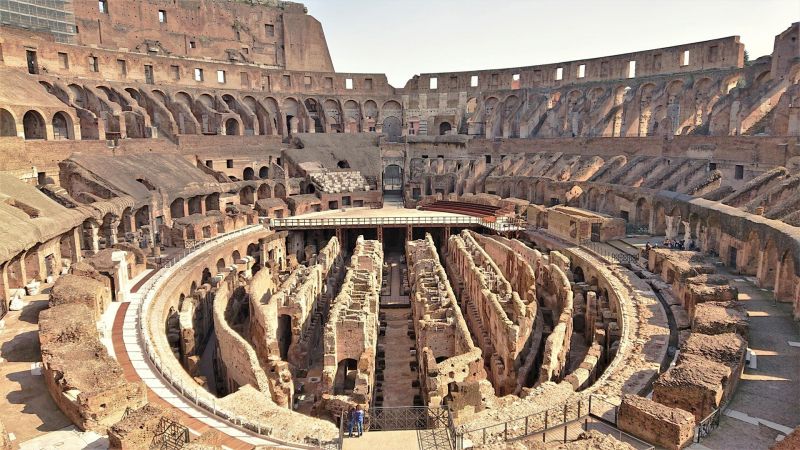 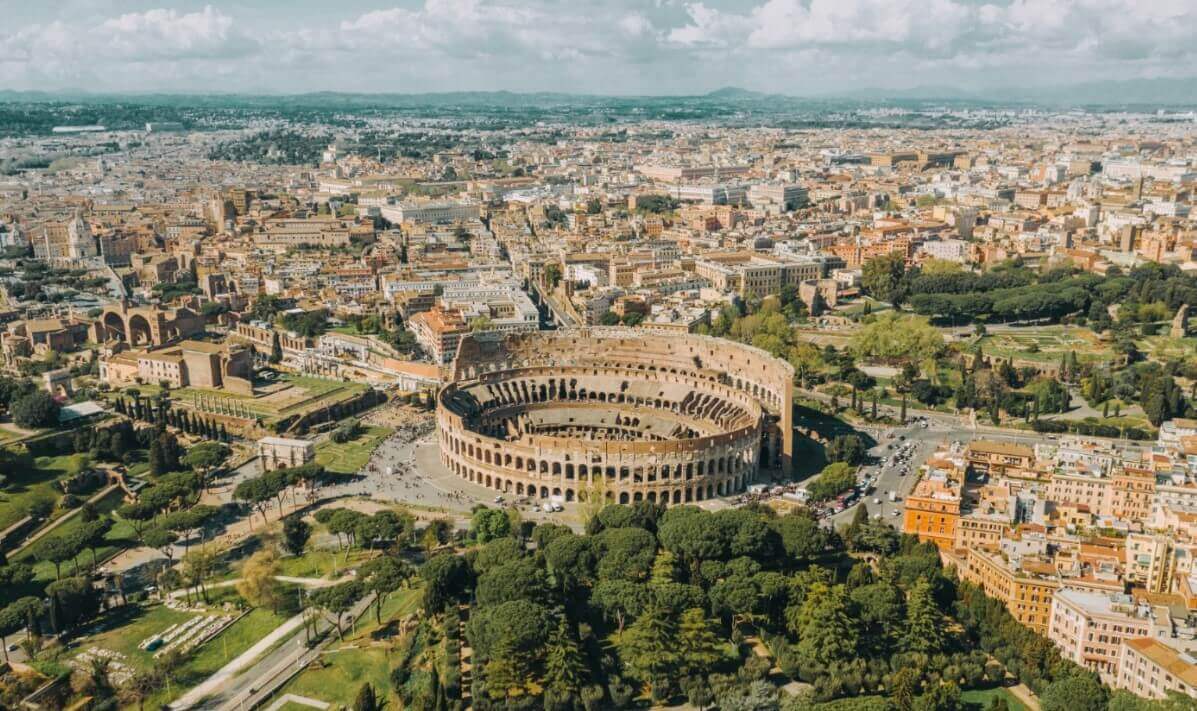