Kermit the Frog is a Muppet character created and originally performed by Jim Henson. Introduced in 1955, Kermit serves as the everyman protagonist of numerous Muppet productions, most notably Sesame Street and The Muppet Show, as well as in other television series, feature films, specials, and public service announcements through the years. He served as a mascot of The Jim Henson Company and appeared in various Henson projects. 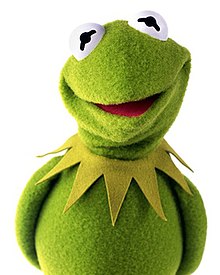 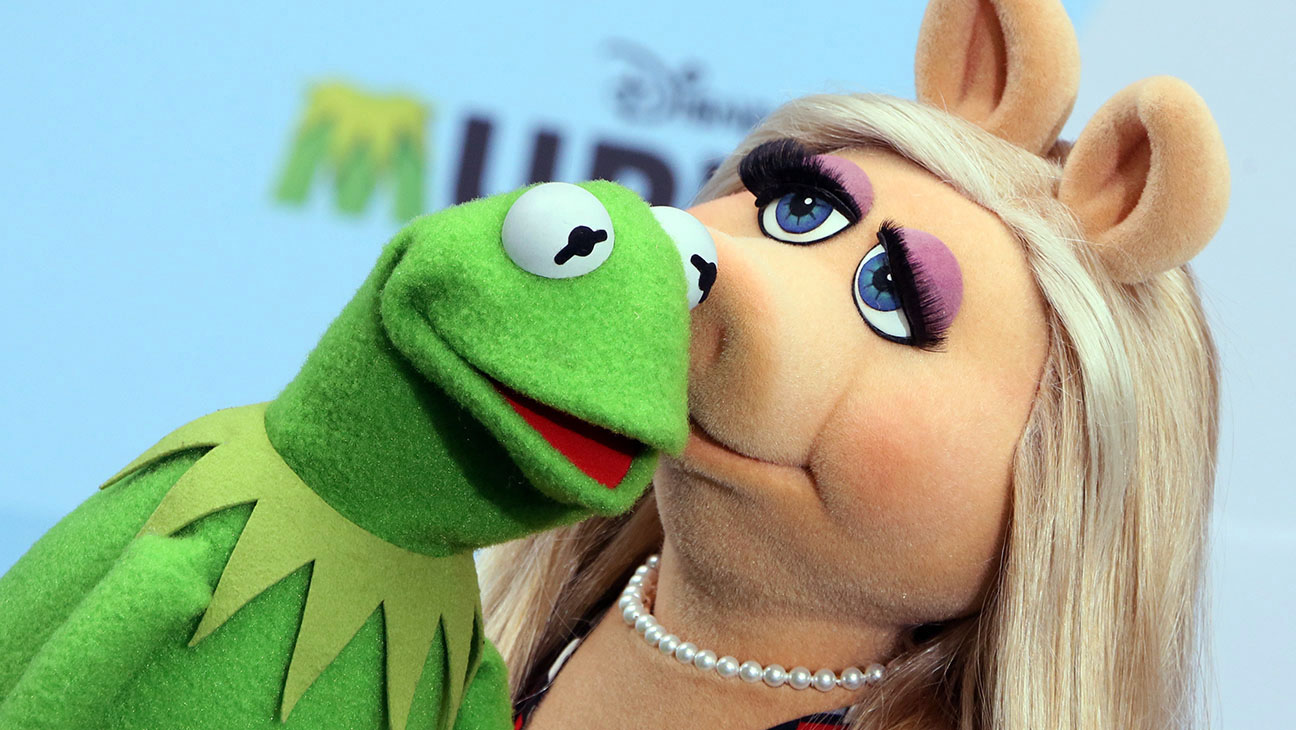 Lightbulb Joke (is a joke cycle that asks how many people of a certain group are needed to change, replace, or screw in a light bulb. Generally, the punch line answer highlights a stereotype of the target group. There are numerous versions of the lightbulb joke satirizing a wide range of cultures, beliefs and occupations. Although lightbulb jokes tend to be derogatory in tone (e.g., "How many drummers..." / "Four: one to hold the light bulb and three to drink until the room spins"), the people targeted by them may take pride in the stereotypes expressed and are often themselves the jokes' originators, as in "How many Germans does it take to change a lightbulb? One, we're very efficient but not funny." where the joke itself becomes a statement of ethnic pride. Lightbulb jokes applied to subgroups can be used to ease tensions between them) 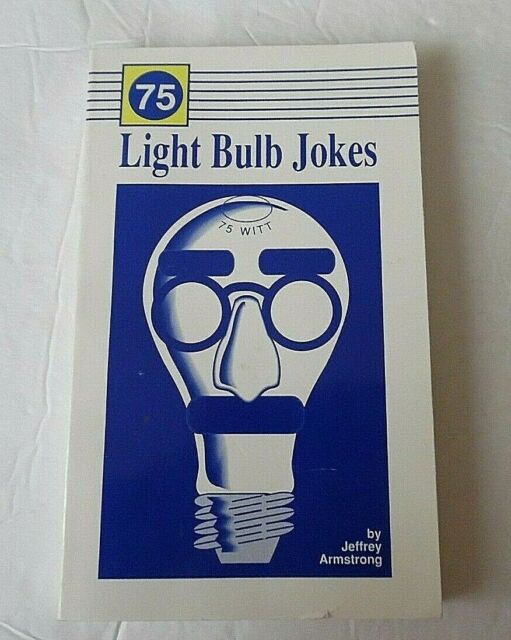 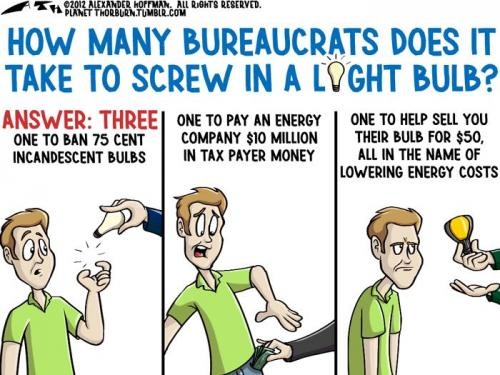 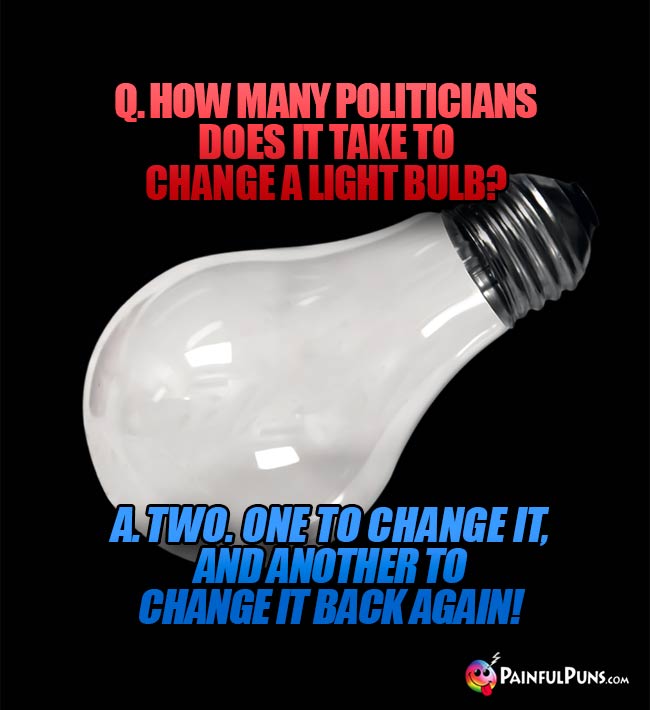 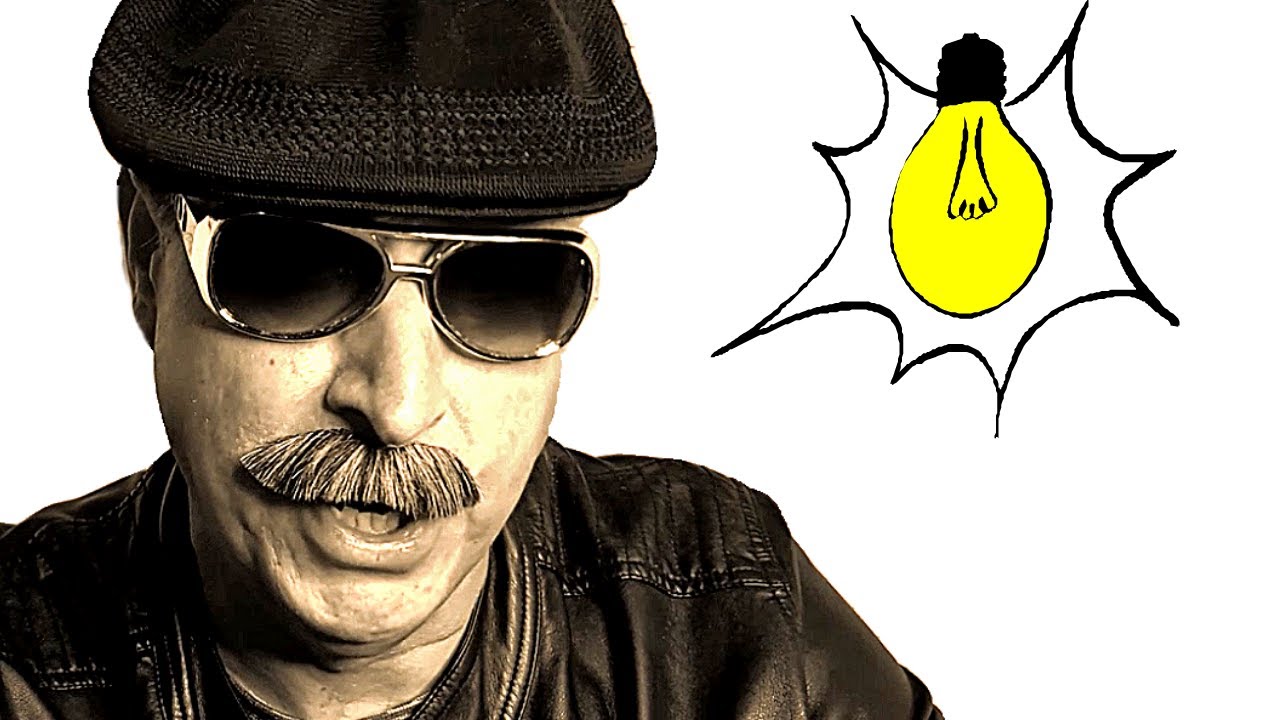 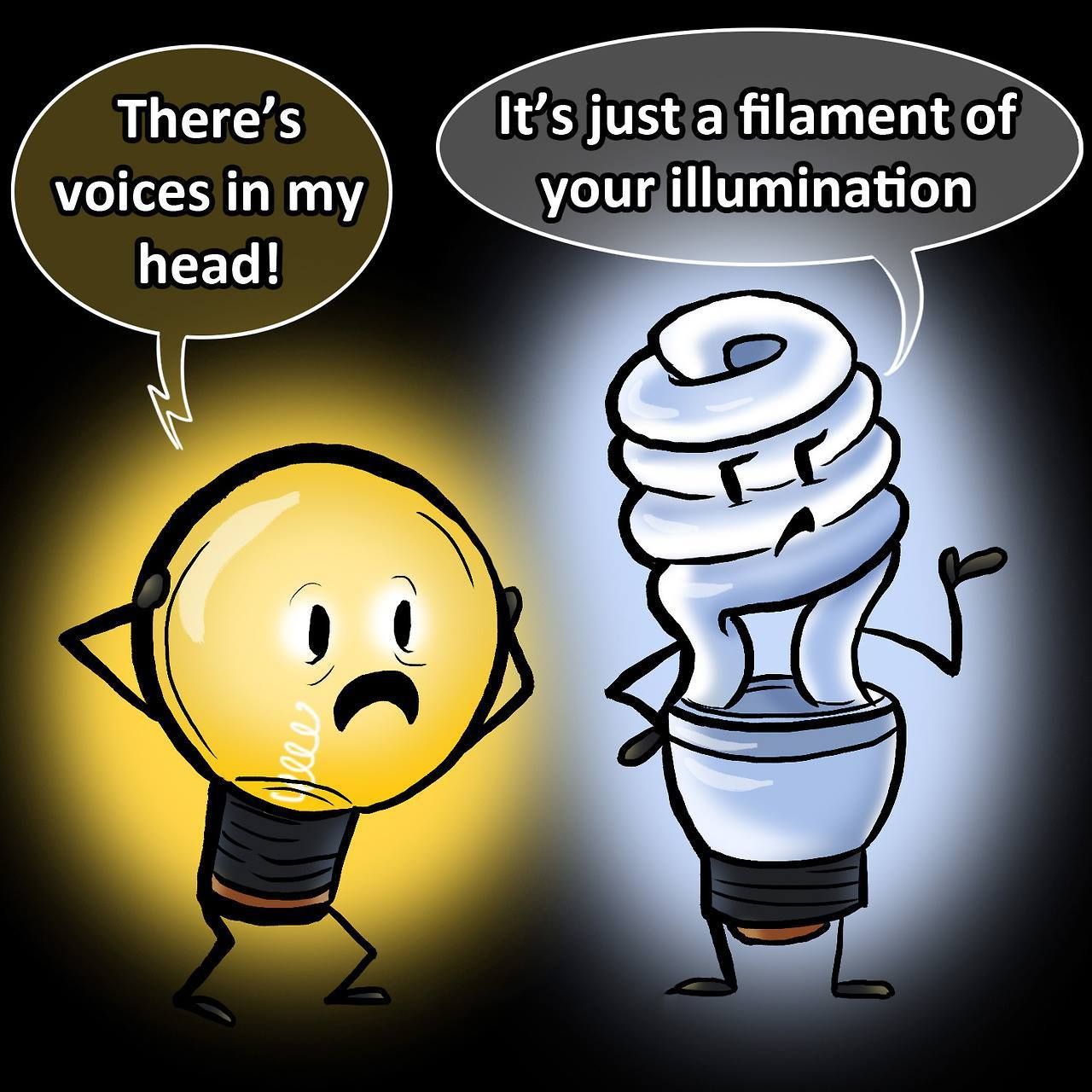 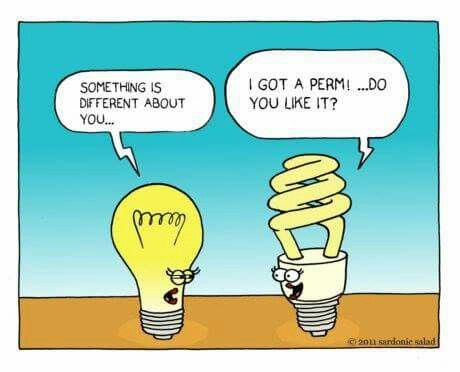 M*A*S*H - (an acronym for Mobile Army Surgical Hospital) is an American war comedy-drama television series that aired on CBS from 1972 to 1983. It was developed by Larry Gelbart as the first original spin-off series adapted from the 1970 feature film M*A*S*H, which, in turn, was based on Richard Hooker's 1968 novel MASH: A Novel About Three Army Doctors. The series follows a team of doctors and support staff stationed at the "4077th Mobile Army Surgical Hospital" in Uijeongbu, South Korea, during the Korean War (1950–53). The ensemble cast originally featured Alan Alda and Wayne Rogers as surgeons Benjamin "Hawkeye" Pierce and "Trapper" John McIntyre, the protagonists of the show, joined by Larry Linville as surgeon Frank Burns, Loretta Swit as head nurse Margaret "Hot Lips" Houlihan, McLean Stevenson as company commander Henry Blake, Gary Burghoff as company clerk Walter "Radar" O'Reilly, Jamie Farr as orderly Maxwell Klinger, and William Christopher as the chaplain, Father Mulcahy. Over the run of the show, several members of the main cast were replaced: Wayne Rogers was replaced by Mike Farrell as B. J. Hunnicutt, McLean Stevenson was replaced by Harry Morgan as Colonel Sherman Potter, Frank Burns was replaced by David Ogden Stiers as Charles Emerson Winchester III, and Gary Burghoff left; with the Maxwell Klinger character moving into the company clerk role. The series varied in style and tone – including broad comedy and tragic drama – which can be attributed to fluctuating writing staff over the life of the show, and the variety of sources contributing to the stories, such as actor Alan Alda and surgeons who served in the Korean War. The show's title sequence features an instrumental version of "Suicide Is Painless," the original film's theme song.  The television series is the best-known of the M*A*S*H works, and one of the highest-rated shows in U.S. television history. Its final episode, "Goodbye, Farewell and Amen", was the most-watched television broadcast in American history from 1983 until 2010, and remains both the most-watched finale of any television series and the most-watched episode of a scripted series.

Cast of main characters at the end

No, No, Nanette (is a musical comedy with lyrics by Irving Caesar and Otto Harbach, music by Vincent Youmans, and a book by Otto Harbach and Frank Mandel, based on Mandel's 1919 Broadway play My Lady Friends. The farcical story involves three couples who find themselves together at a cottage in Atlantic City in the midst of a blackmail scheme, focusing on a young, fun-loving Manhattan heiress who naughtily runs off for a weekend, leaving her unhappy fiancé. Its songs include the well-known "Tea for Two" and "I Want to Be Happy". During its 1924 pre-Broadway tour, No, No, Nanette became a hit in Chicago, and the production stayed there for over a year. In 1925, the show opened both on Broadway and in the West End, running 321 and 665 performances respectively. Film versions and revivals followed. A popular 1971 Broadway revival, with a book adapted by Burt Shevelove, led to the piece becoming a favorite of school and community groups for a time. A popular myth holds that the show was financed by selling baseball's Boston Red Sox superstar Babe Ruth to the New York Yankees, resulting in the "Curse of the Bambino." However, it was My Lady Friends, rather than No, No, Nanette, that was directly financed by the Ruth sale) 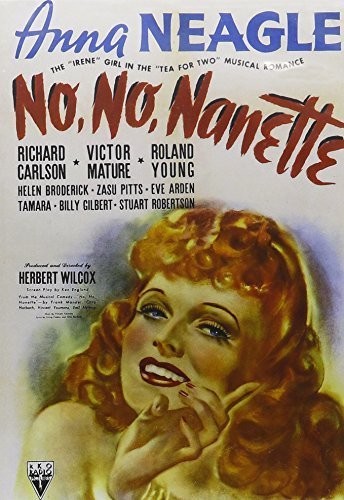 One Foot in the Grave is a British television sitcom written by David Renwick. There were six series (each consisting of six half-hour shows) and seven Christmas specials over a period of ten years from early 1990 to late 2000. The first five series were broadcast between January 1990 and January 1995. For the next five years, the show appeared only as Christmas specials, followed by one final series in 2000.

The series features the exploits of Victor Meldrew, played by Richard Wilson, and his long-suffering wife, Margaret, played by Annette Crosbie. The programmes invariably deal with Meldrew's battle against a long series of problems, some of which he creates for himself. Set in an unnamed town in southern England, Victor takes involuntary early retirement. His various efforts to keep himself busy while encountering various misfortunes and misunderstandings are the themes of the sitcom. Despite its traditional production, the series subverts its domestic sitcom setting with elements of black humour and surrealism. 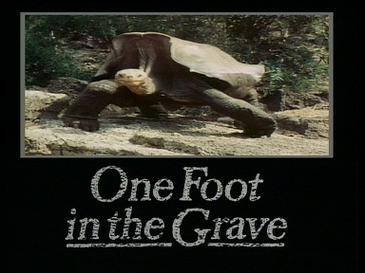 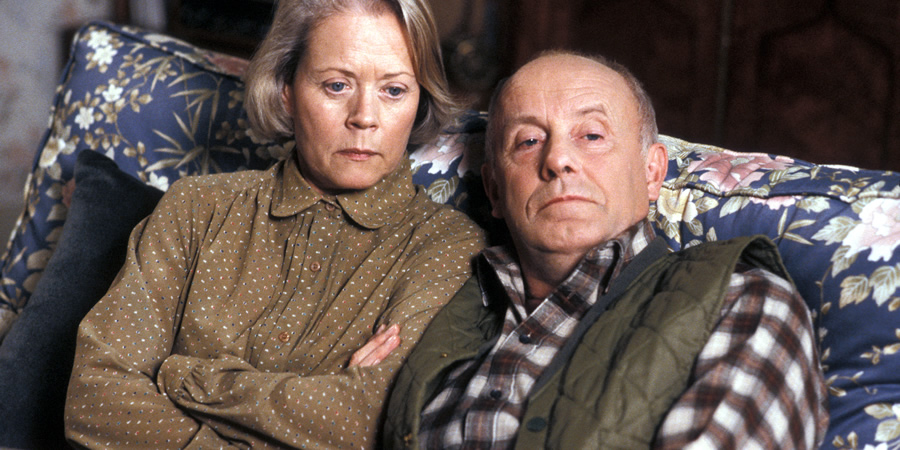 Prank Call (is a telephone call intended by the caller as a practical joke played on the person answering. It is often a type of nuisance call. Recordings of prank phone calls became a staple of the obscure and amusing cassette tapes traded among musicians, sound engineers, and media traders in the United States from the late 1970s. Among the most famous and earliest recorded prank calls are the Tube Bar prank calls tapes, which centered on Louis "Red" Deutsch. Comedian Jerry Lewis was an incorrigible phone prankster, and recordings of his hijinks, dating from the 1960s and possibly earlier, still circulate to this day. Very prominent people have fallen victim to prank callers, for example Elizabeth II, who was fooled by Canadian DJ Pierre Brassard posing as Canadian Prime Minister Jean Chrétien, asking her to record a speech in support of Canadian unity ahead of the 1995 Quebec referendum. Two other notable examples of prank calls were made by the Miami-based radio station Radio El Zol. In one, they telephoned Venezuelan president Hugo Chávez, and spoke to him pretending to be Cuban president Fidel Castro. They later reversed the prank, calling Castro and pretending to be Chávez. Castro began swearing at the pranksters live on air after they revealed themselves. 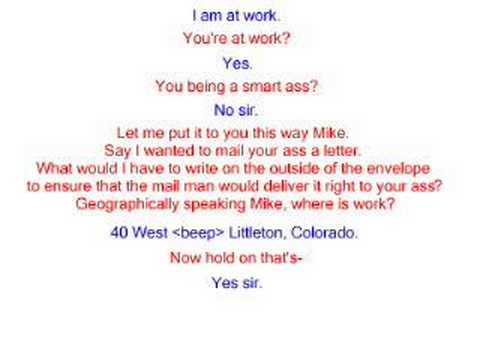 Prank Call - The funniest ever!!

A telesales guy calls - only to find a recorded message, without realising! What follows is the funniest response to any call I have ever heard!!! Enjoy it ;-P

`QI' is a quite interesting quiz show in that correct answers are not necessarily the goal. But responding to presenter Sandi Toksvig's mostly obscure questions in a funny or interesting way, regardless of whether the response includes a right answer, is what scores points 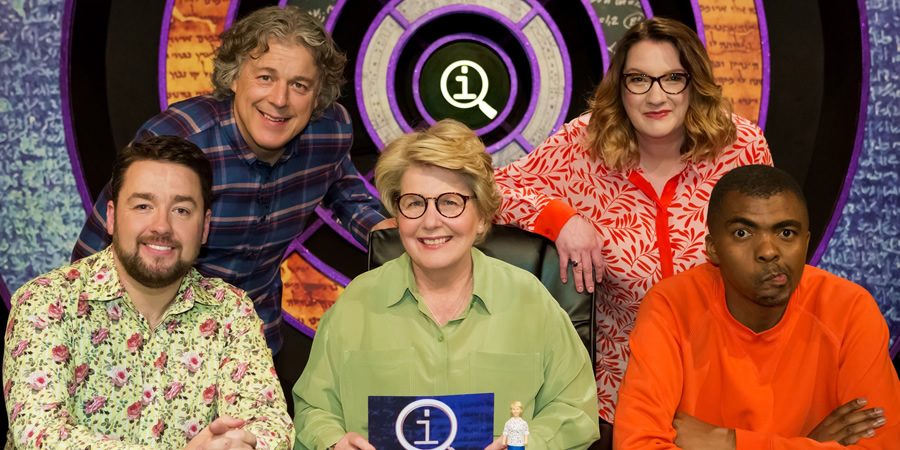 Restoration Comedy (is English comedy written and performed in the Restoration period of 1660–1710. Comedy of manners is used as a synonym for this. After public stage performances were banned for 18 years by the Puritan regime, reopening of the theatres in 1660 marked a renaissance of English drama. Sexually explicit language was encouraged by King Charles II (1660–1685) personally and by the rakish style of his court. Historian George Norman Clark argues:  The best-known fact about the Restoration drama is that it is immoral. The dramatists did not criticize the accepted morality about gambling, drink, love, and pleasure generally, or try, like the dramatists of our own time, to work out their own view of character and conduct. What they did was, according to their respective inclinations, to mock at all restraints. Some were gross, others delicately improper.... The dramatists did not merely say anything they liked: they also intended to glory in it and to shock those who did not like it. The socially diverse audiences included aristocrats, their servants and hangers-on and a major middle-class segment. They were attracted to the comedies by up-to-the-minute topical writing, crowded and bustling plots, introduction of the first professional actresses, and the rise of the first celebrity actors. The period saw the first professional female playwright, Aphra Behn) 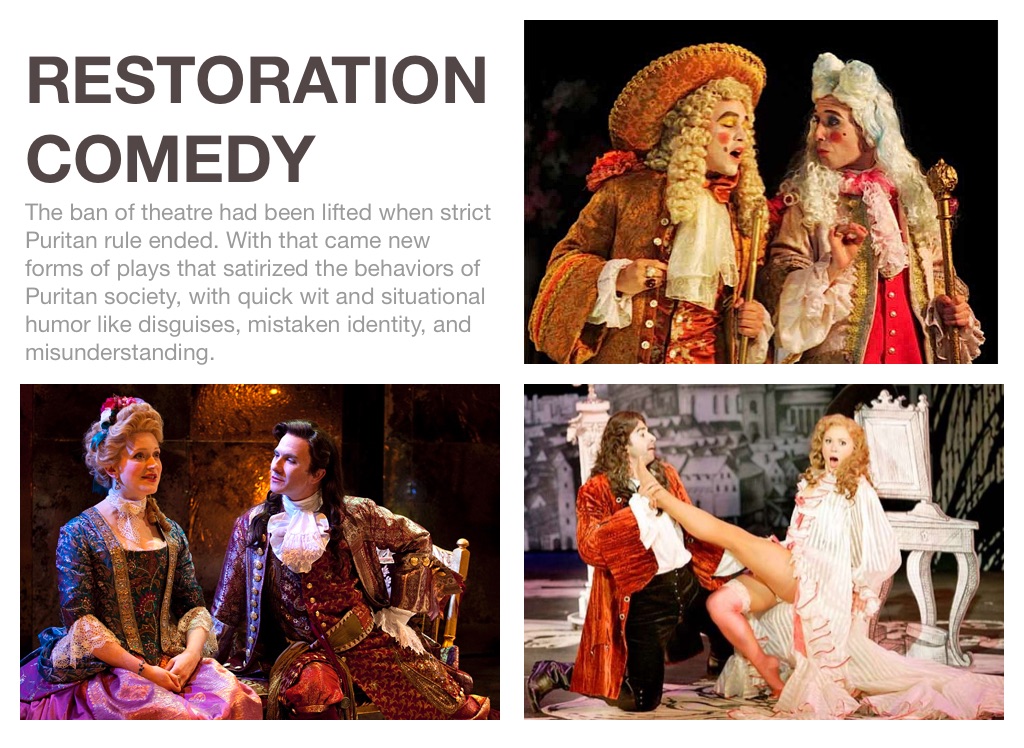 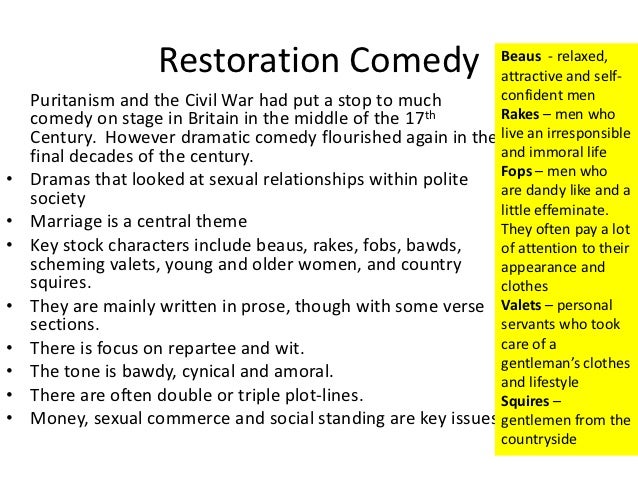 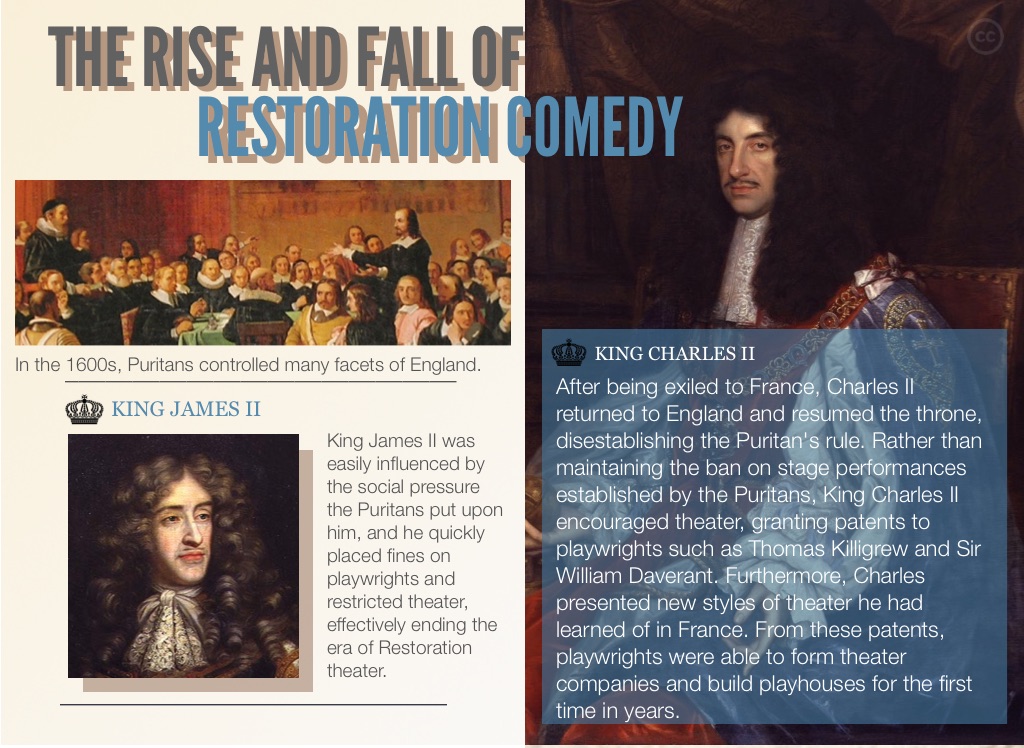 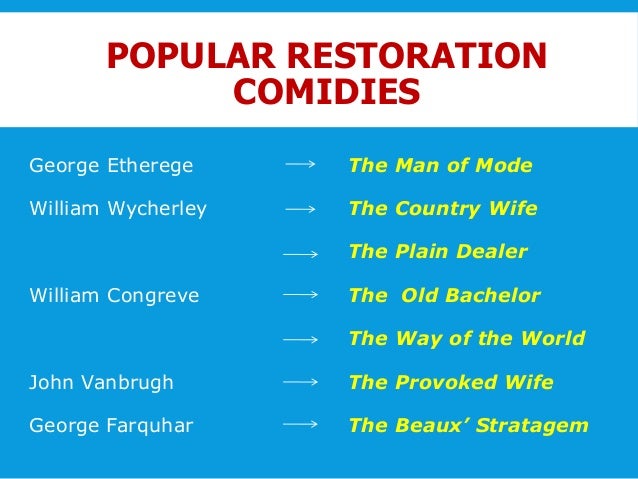 Soupy Sales - Milton Supman (January 8, 1926 – October 22, 2009), known professionally as Soupy Sales, was an American comedian, actor, radio/television personality, and jazz aficionado. He was best known for his local and network children's television series, Lunch with Soupy Sales (later titled The Soupy Sales Show) (1953–1966), a series of comedy sketches frequently ending with Sales receiving a pie in the face, which became his trademark. From 1968 to 1975, he was a regular panelist on the syndicated revival of What's My Line? and appeared on several other TV game shows. During the 1980s, he hosted his own show on WNBC in New York City. 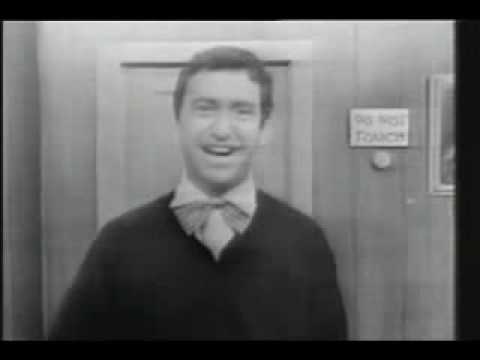 From Soupy Sales in Living Black and White.

This one worked the way we usually do it.

Thomas Frederick Cooper (19 March 1921 – 15 April 1984) was a Welsh-born prop comedian and magician of Anglo-Welsh parentage. As an entertainer, his appearance was large and lumbering at 6 feet 3 inches (1.91 m), and he habitually wore a red fez when performing. He initially served in the British Army for seven years, before eventually developing his conjuring skills and becoming a member of The Magic Circle. Although he spent time on tour performing his magical act, which specialised on magic tricks that appeared to "fail", he rose to international prominence when his career moved into television, with programmes for London Weekend Television and Thames Television.

By the end of the 1970s, Cooper was smoking and drinking heavily, which affected his career and his health, effectively ending offers to front new programmes and relegating him to performing as a guest star on other entertainment shows. On 15 April 1984, Cooper died at the age of 63 after suffering a heart attack live on television. 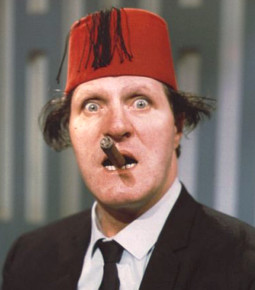