W.C. Fields (was an American comedian, actor, juggler, and writer. Fields's comic persona was a misanthropic and hard-drinking egotist who remained a sympathetic character despite his supposed contempt for children and dogs) 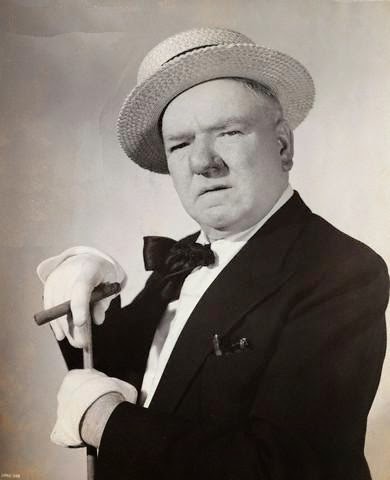 George and Mildred is a British sitcom produced by Thames Television and first aired between 1976 and 1979. It is a spin-off from Man About the House, and starred Brian Murphy and Yootha Joyce as constantly-sparring married couple George and Mildred Roper. The premise of the series had George and Mildred leaving their flat as depicted in Man About the House and moving to a modern, upmarket housing estate in Hampton Wick. Their arrival horrifies their snobbish neighbour Jeffrey Fourmile, a middle-class estate agent who fears the Ropers' presence will devalue his home.

It was written by Brian Cooke and Johnnie Mortimer. Like many British sitcoms, George and Mildred was made into a film. The movie was dedicated to actress Yootha Joyce who died suddenly in August 1980, just as the cast were about to film a sixth and final series. 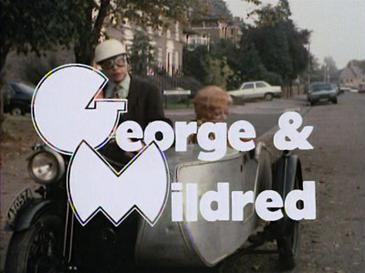 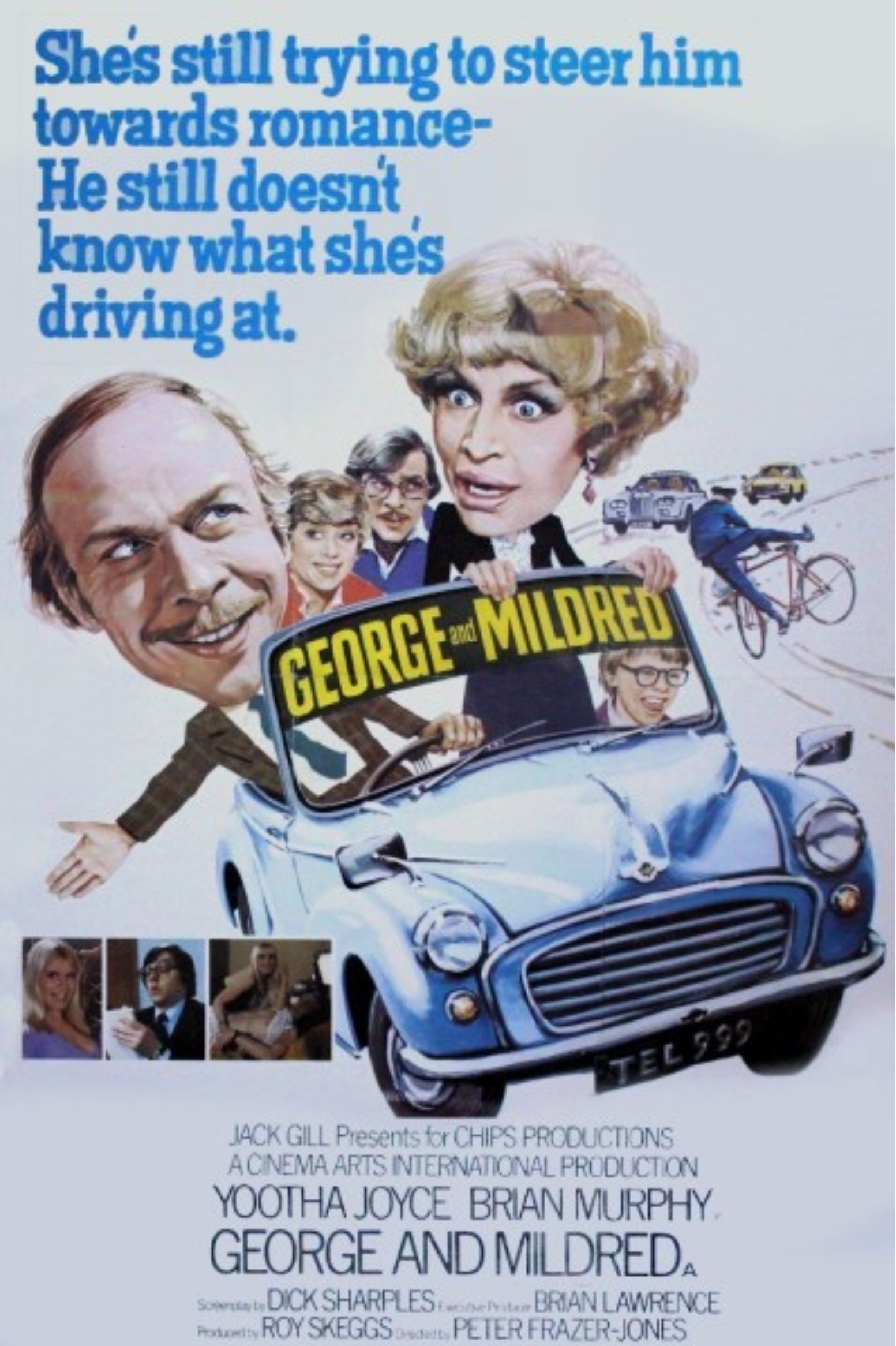 Hasya (is a Sanskrit word for one of the nine rasas or bhava (mood) of Indian aesthetics, usually translated as humour or comedy. The color associated with hasya is white and deity, Pramatha, and leads to exultation of the mind) 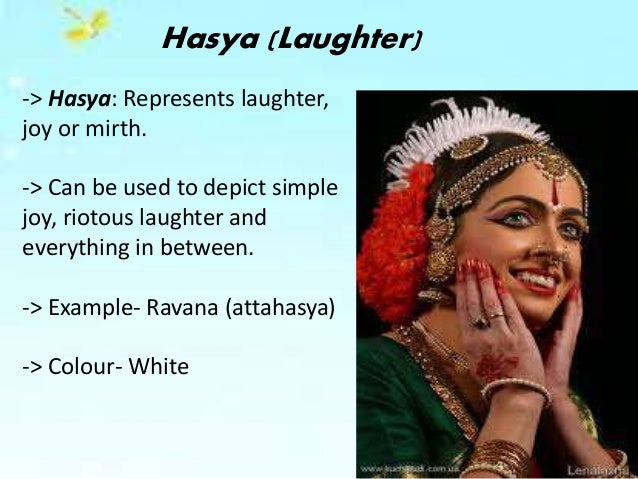 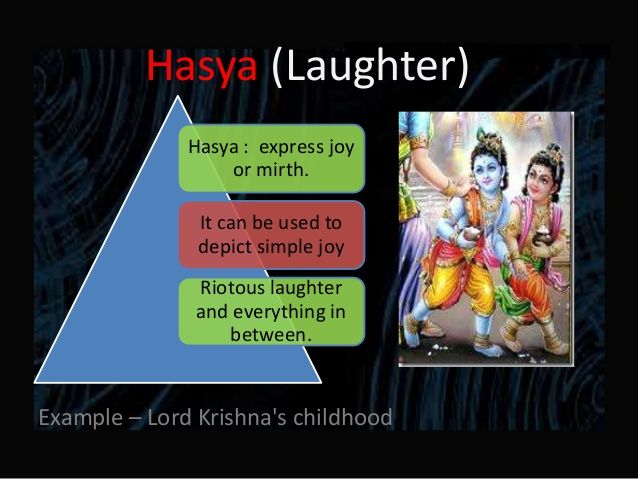 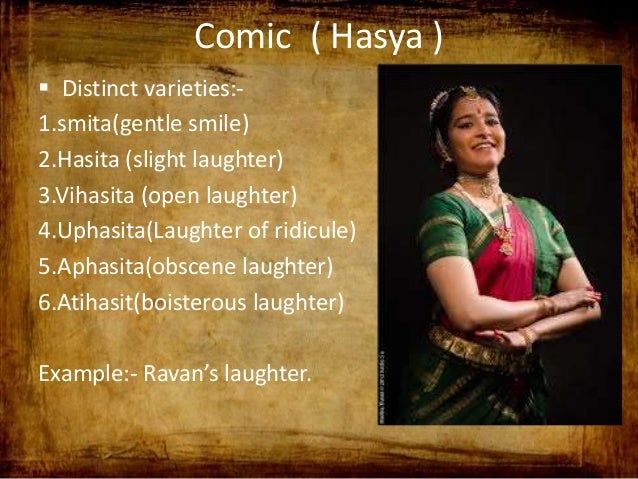 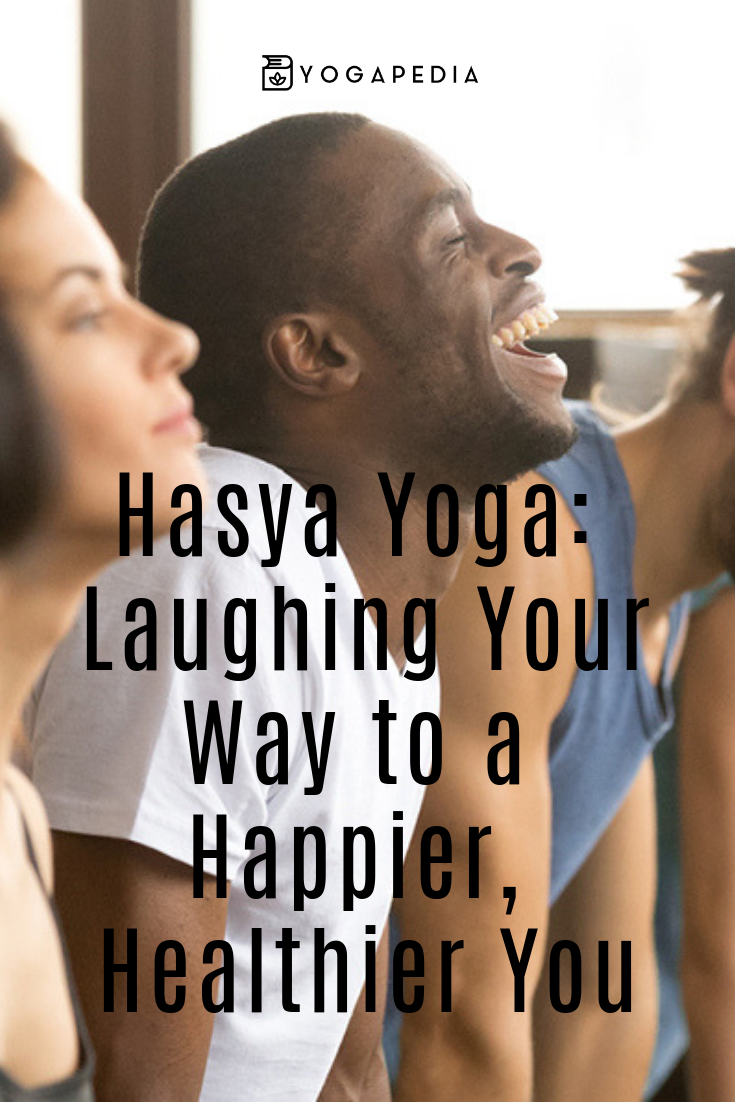 Irene Handl was born in Maida Vale, London, the youngest of two daughters of an Austrian banker and stockbroker, Frederick Handl, born as Friedrich Handl (1874–1961), a naturalised British subject, and his German wife, Maria née Schiepp (1875–before 1924), also a naturalised British subject. Theirs was a comfortable middle-class life, with a German cook and housekeeper living in the family home. From 1907 to 1915 she attended the Paddington and Maida Vale High School. In the 1920s Handl travelled several times to New York with her father, with the ship's log listing her on each occasion as having no occupation and residing in the family home.

She studied at an acting school run by a sister of Dame Sybil Thorndike's, and then made her stage debut in London in February 1937, at the relatively advanced age of 36. Among her many later appearances on stage, she played Lady Bracknell in The Importance of Being Earnest in 1975, in a production directed by Jonathan Miller.

In 1939, and by now an actress, she was living with her widowed father in London. She continued to live with her father until his death in 1961.  It was common at this time for younger daughters not to marry in order to stay with and take care of their widowed fathers. Her older sister Liane (1897–1977) had married the Russian electrical engineer and photographer Victor Asarius Kraminsky (1894–1980) in London in 1920.

She appeared in supporting roles in more than 100 British films, mostly comedy character parts such as slightly eccentric mothers, grannies, landladies and servants.

She was a passionate lover of rock and roll, especially the work of Elvis Presley, and was president of the Lewisham branch of the Elvis Presley fan club.  She was also a fellow of the Royal Geographical Society, and one of Britain's most avid champions of Chihuahuas, being inseparable from the pair that she owned 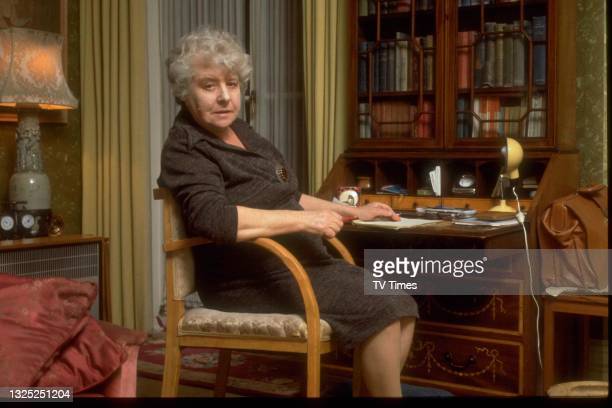 Jerry Lewis (was an American comedian, actor, singer, director, producer, writer, and humanitarian. Nicknamed "The King of Comedy", he is regarded as one of the most significant American cultural figures of all time. Over an eight-decade career, his contributions to comedy and charity made him a global figure in pop culture. Starting in 1946, he performed with singer Dean Martin as the famous duo Martin and Lewis until 1956, then went as a solo act and highest-grossing movie star. As an innovative filmmaker, he helped to develop and popularize "video assist", the closed-circuit apparatus enabling film directors to see what had been shot without waiting for developed film footage. While as national chairman of the Muscular Dystrophy Association (MDA), he hosted The Jerry Lewis Telethon each Labor Day weekend for many years. Starring in over 60 motion pictures, Lewis directed 13 films) 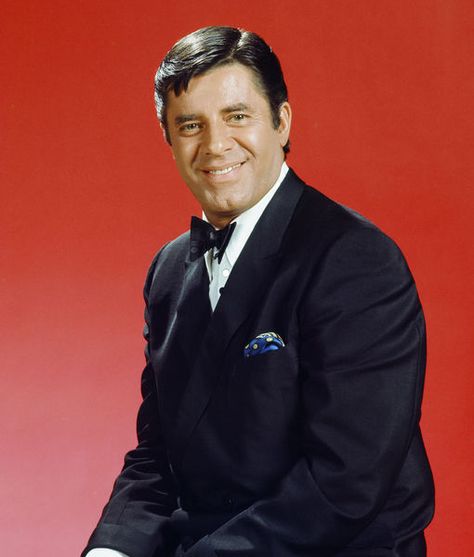 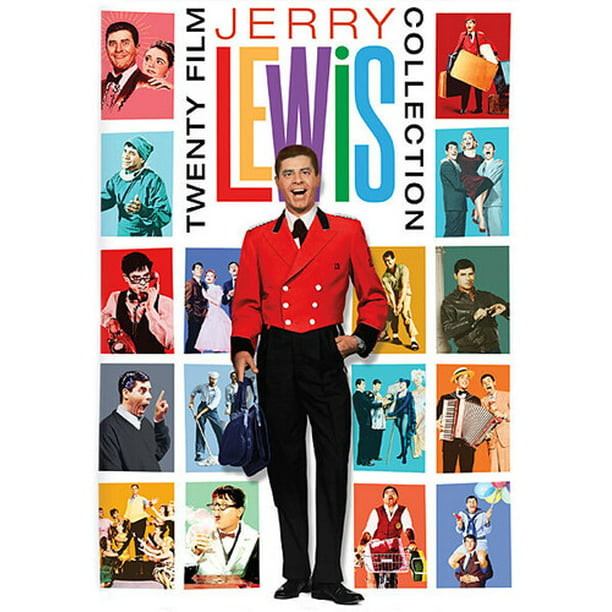 The Kissing Booth - is a 2018 American teen romantic comedy film written and directed by Vince Marcello, based on the 2012 novel of the same name by Beth Reekles. It stars Joey King, Jacob Elordi, and Joel Courtney. The film follows Elle (King), a quirky, late blooming teenager whose budding romance with high school senior and bad boy Noah (Elordi) puts her lifelong friendship with Noah's younger brother Lee (Courtney) in jeopardy. The Kissing Booth was released on Netflix on May 11, 2018, and was dubbed a commercial success by the service, due to it being widely viewed by subscribers, leading to the eventual production of a trilogy of films. The film was largely panned by critics, who deemed its storyline and themes to be clichéd. 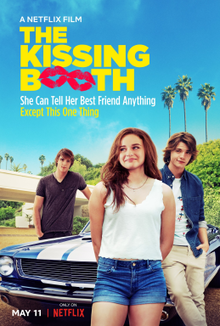 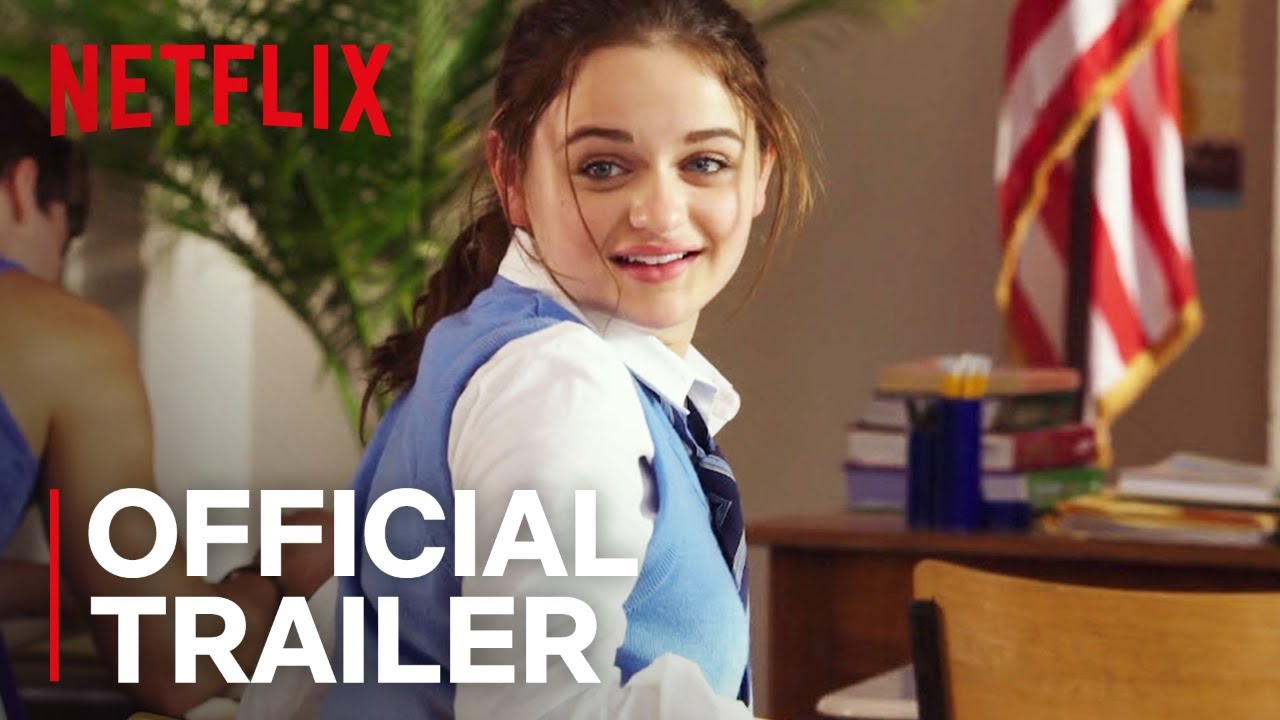 A pretty, teenage girl, who has never been kissed, finds her life turned totally upside down when she decides to run a kissing booth and unexpectedly ends up...

John Uhler Lemmon III (February 8, 1925 – June 27, 2001) was an American actor. Considered equally proficient in both dramatic and comic roles, Lemmon was known for his anxious, middle-class everyman screen persona in dramedy pictures, leading The Guardian to coin him "the most successful tragi-comedian of his age."

He starred in over sixty films and was nominated for an Academy Award eight times, winning twice, and received many other accolades, including six Golden Globe Awards (counting the honorary Cecil B. DeMille Award), two Cannes Film Festival Awards, two Volpi Cups, one Silver Bear, three BAFTA Awards, and two Emmy Awards. In 1988, he was awarded the American Film Institute's Lifetime Achievement Award for his contributions to the American cinema. 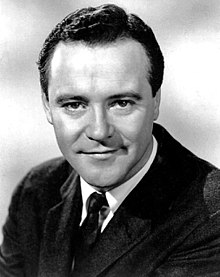 The Mary Tyler Moore Show - is an American television sitcom created by James L. Brooks and Allan Burns and starring actress and namesake Mary Tyler Moore. The show originally aired on CBS from 1970 to 1977. Moore portrayed Mary Richards, an unmarried, independent woman focused on her career as associate producer of a news show at the fictional local station WJM in Minneapolis. Ed Asner co-starred as Mary's boss Lou Grant, alongside Gavin MacLeod, Ted Knight, Georgia Engel, and Betty White, with Valerie Harper as friend and neighbor Rhoda Morgenstern, and Cloris Leachman as friend and landlady Phyllis Lindstrom. The Mary Tyler Moore Show proved to be a groundbreaking series in the era of second-wave feminism; portraying a central female character who was neither married nor dependent on a man was a rarity on American television in the 1970s. The show has been celebrated for its complex, relatable characters and story lines. The Mary Tyler Moore Show received consistent praise from critics and high ratings during its original run and earned 29 Primetime Emmy Awards, including Outstanding Comedy Series three years in a row (1975–1977). Moore received the Primetime Emmy Award for Outstanding Lead Actress in a Comedy Series three times. The series also launched three spin-offs: Rhoda, Phyllis, and Lou Grant. In 2013, the Writers Guild of America ranked The Mary Tyler Moore Show No. 6 on its list of the "101 Best Written TV Series of All Time". 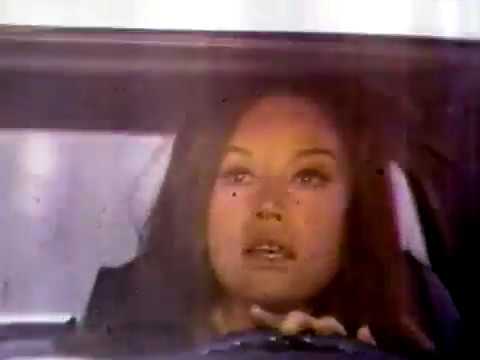 As we continue our tribute to the legendary Mary Tyler Moore, what better way to do so than to play the opening title sequence from her award winning series,... 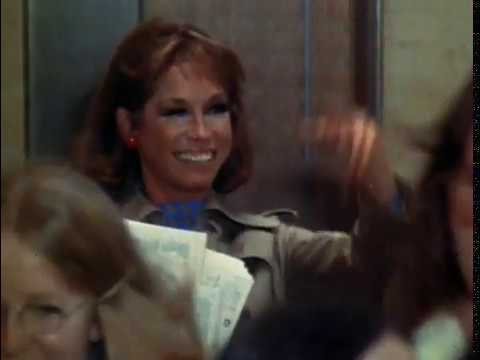 The seventh and final season for this TV classic saw only subtle changes to its opening and closing.

Not the Nine O'clock News is a British television sketch comedy show which was broadcast on BBC2 from 1979 to 1982. Originally shown as a comedy alternative to the Nine O'clock News on BBC1, it features satirical sketches on then-current news stories and popular culture, as well as parody songs, comedy sketches, re-edited videos, and spoof television formats. The programme features Rowan Atkinson, Pamela Stephenson, Mel Smith, and Griff Rhys Jones, as well as Chris Langham in the first series. 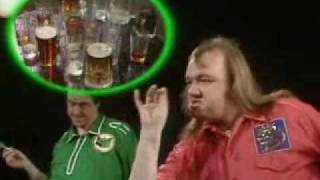