Christy Udoh (is a Nigerian sprinter. At the 2012 Summer Olympics, she competed in the Women's 200 meters)

Lake Volta, the largest artificial reservoir in the world in terms of surface area, is contained behind the Akosombo Dam which generates substantial amount of Ghana's electricity need. It is completely within the country of Ghana and has a surface area of 8,502 square kilometres (3,283 sq mi). Stretching from Akosombo in the south to the northern part of the country, it is one of the largest man-made reservoirs in the world.

Wadi Al-Hitan (is a paleontological site in the Faiyum Governorate of Egypt, some 150 km southwest of Cairo. It was designated a UNESCO World Heritage Site in July 2005 for its hundreds of fossils of some of the earliest forms of whale, the archaeoceti. The site reveals evidence for the explanation of one of the greatest mysteries of the evolution of whales: the emergence of the whale as an ocean-going mammal from a previous life as a land-based animal. No other place in the world yields the number, concentration and quality of such fossils, as is their accessibility and setting in an attractive and protected landscape. This is why it was added by the UNESCO to the list of protected World Heritage sites)

Alfred Bathini Xuma, commonly referred to by his initials as AB Xuma, was the first black South African to become a medical doctor, as well as a leader, activist and president-general of the African National Congress (ANC) from 1940 to 1949. He was a member of the African American founded Alpha Phi Alpha fraternity.

Pretty Yende (is a South African operatic soprano. She has performed leading roles at opera houses internationally, including La Scala and the Metropolitan Opera)

Zambia, officially the Republic of Zambia, is a landlocked country in south-central Africa (although some sources consider it part of East Africa). Its neighbors are the Democratic Republic of the Congo to the north, Tanzania to the north-east, Malawi to the east, Mozambique to the southeast, Zimbabwe and Botswana to the south, Namibia to the southwest, and Angola to the west. The capital city is Lusaka, located in the south-central part of Zambia. The population, estimated in 2015 at 16.2 million, is concentrated mainly around Lusaka in the south and the Copperbelt Province to the northwest, the core economic hubs of the country. Zambia is significantly ethnically diverse, with a total of 73 ethnic tribes. 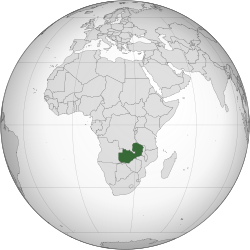 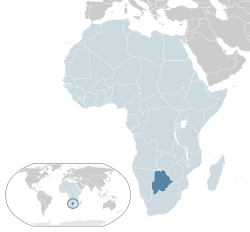 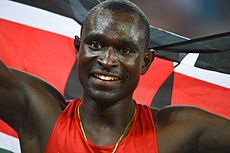