Xi An Dà Qing Zhen Sì (Chinese for the Great Mosque of Xi'an. It is the largest mosque in China. It was first built in the year 742 AD. An active place of worship within Xi'an Muslim Quarter, this courtyard complex is also a popular tourist site. The majority of the mosque was built during the early Ming dynasty. It now houses more than twenty buildings in its five courtyards, and covers 12,000 square metres)

Ammi B. Young - was a 19th-century American architect whose commissions transitioned from the Greek Revival to the Neo-Renaissance styles. His design of the second Vermont State House brought him fame and success, which eventually led him to become the first Supervising Architect of the U.S. Treasury Department. As federal architect, he was responsible for creating across the United States numerous custom houses, post offices, courthouses and hospitals, many of which are today on the National Register. His traditional architectural forms lent a sense of grandeur and permanence to the new country's institutions and communities. Young pioneered the use of iron in construction. 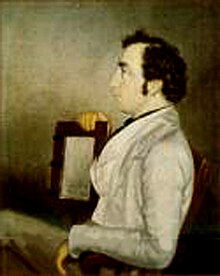 Zaguan (refers to a house plan configuration where a central passageway leads from a front door to a patio or a courtyard. This is found in historic houses in Mexico and in the southwestern U.S. Usually rooms are one deep, with each facing the street or the courtyard. "Zaguan" may properly refer to the passageway, but sometimes refers to the complex as a whole)

Adirondack Architecture - refers to the rugged architectural style generally associated with the Great Camps within the Adirondack Mountains area in New York. The builders of these camps used native building materials and sited their buildings within an irregular wooded landscape. These camps for the wealthy were built to provide a primitive, rustic appearance while avoiding the problems of in-shipping materials from elsewhere.

Bartizan (also called a guerite or échauguette, or spelled bartisan, is an overhanging, wall-mounted turret projecting from the walls of late medieval and early-modern fortifications from the early 14th century up to the 18th century. Most frequently found at corners, they protected a warder and enabled him to see his surroundings. Bartizans generally are furnished with oillets or arrow slits. The turret was usually supported by stepped masonry corbels and could be round, polygonal or square)

Dzong (is a distinctive type of fortress architecture found mainly in Bhutan and Tibet. The architecture is massive in style with towering exterior walls surrounding a complex of courtyards, temples, administrative offices, and monks' accommodation)

Federal-style architecture - is the name for the classicizing architecture built in the newly founded United States between c. 1780 and 1830, and particularly from 1785 to 1815. This style shares its name with its era, the Federalist Era. The name Federal style is also used in association with furniture design in the United States of the same time period. American Federal architecture typically uses plain surfaces with attenuated detail, usually isolated in panels, tablets, and friezes. It also had a flatter, smoother façade and rarely used pilasters. The bald eagle was a common symbol used in this style, with the ellipse a frequent architectural motif.