Greenhouse Effect (is the process by which radiation from a planet's atmosphere warms the planet's surface to a temperature above what it would be without this atmosphere. Radiatively active gases (i.e., greenhouse gases) in a planet's atmosphere radiate energy in all directions. Part of this radiation is directed towards the surface, thus warming it. The intensity of downward radiation – that is, the strength of the greenhouse effect – depends on the amount of greenhouse gases that the atmosphere contains. The temperature rises until the intensity of upward radiation from the surface, thus cooling it, balances the downward flow of energy)

The hadal zone (named after the realm of Hades, the underworld in Greek mythology), also known as the hadopelagic zone, is the deepest region of the ocean lying within oceanic trenches. The hadal zone is found from a depth of around 6,000 to 11,000 metres (20,000 to 36,000 ft), and exists in long but narrow topographic V-shaped depressions 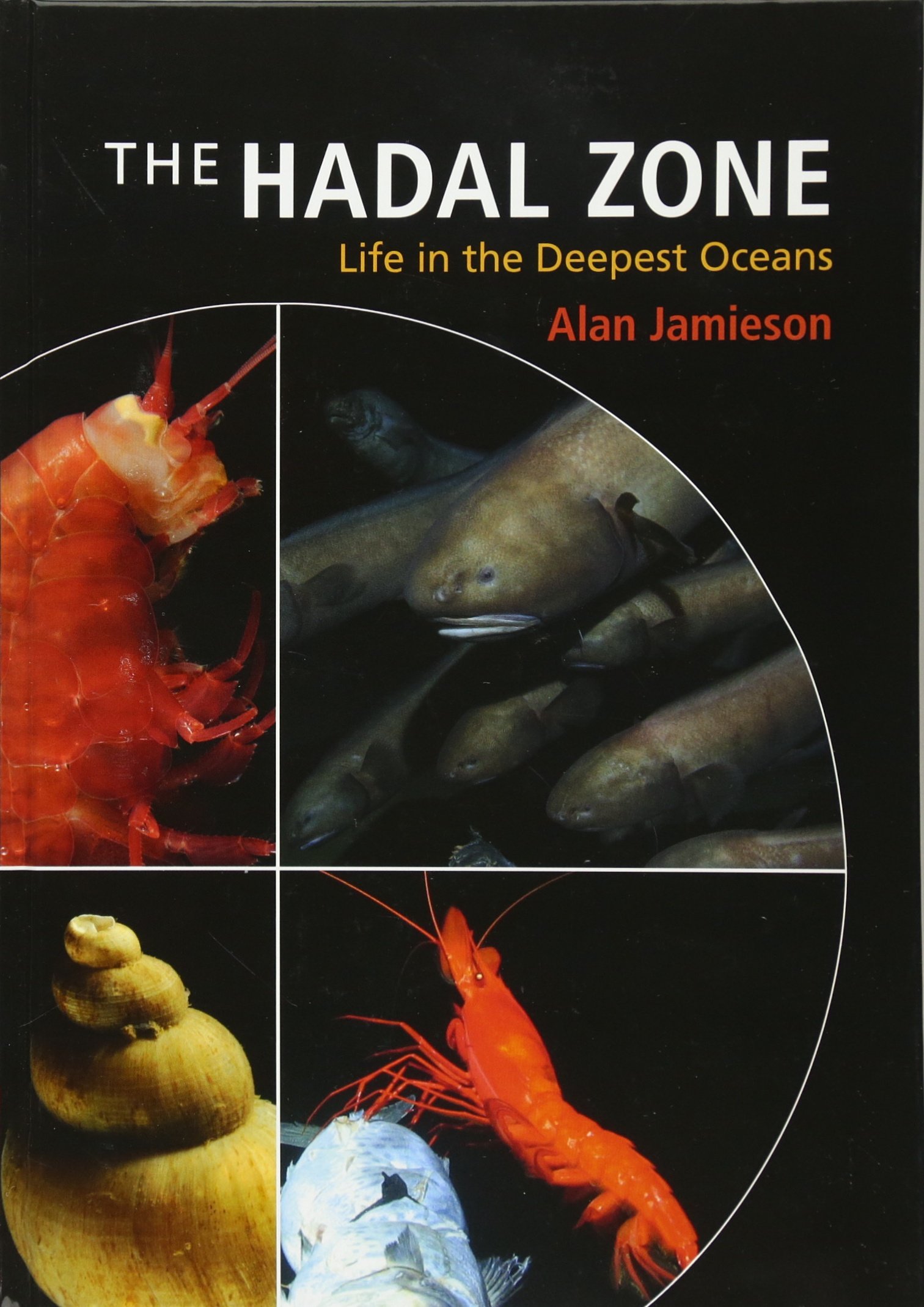 Invasive Species (is most often a non-native species (an introduced species) that spreads from a point of introduction to become naturalized and negatively alters its new environment. Although their spread can have beneficial aspects, invasive species adversely affect the invaded habitats and bioregions, causing ecological, environmental, and/or economic damage. Sometimes the term is used for native species that invade human habitats and become invasive pests. In the 21st century they have become a serious economic, social, and environmental threat)

Zebra Mussels are an issue in MN, so we have these signs and lots of billboards about this issue around the state.....

Jaguar - The elusive, powerful, strikingly colored jaguar (Panthera onca) is the largest feline of North and South America. Formerly it ranged from the southeastern United States to the tip of South America. Now restricted in distribution because of human activities, such as hunting and clearing of land for agriculture, building and grazing, jaguars live mostly in Mexico, Central America and Brazil. Although jaguars can live in scrub and deserts, they need fresh water in their habitat, and are commonest in rainforests, savannahs and swamps.

Kahurangi Marine Reserve protects the marine environment along 16 km of coastline and out to 5 km offshore between Wekakura Point and Crayfish Point.

The north of the reserve is a remote wilderness visited more by seals than humans. At 84 km2, it is one of the largest marine reserves in mainland New Zealand.

It is home to communities of animals such as earwigs, sandhoppers, spiders, encrusting animals, invertebrates and inshore fish, fur seals/Kekeno who often visit and rest at the Wekakura Point colony in the north of the reserve. It is also home to dozens of Hector’s dolphins.

The reserve reaches to depths of about 50 m. A seabed of mud and sand provides habitat for burrowing shellfish and coastal fish such as flounder, gurnard, snapper and sharks. 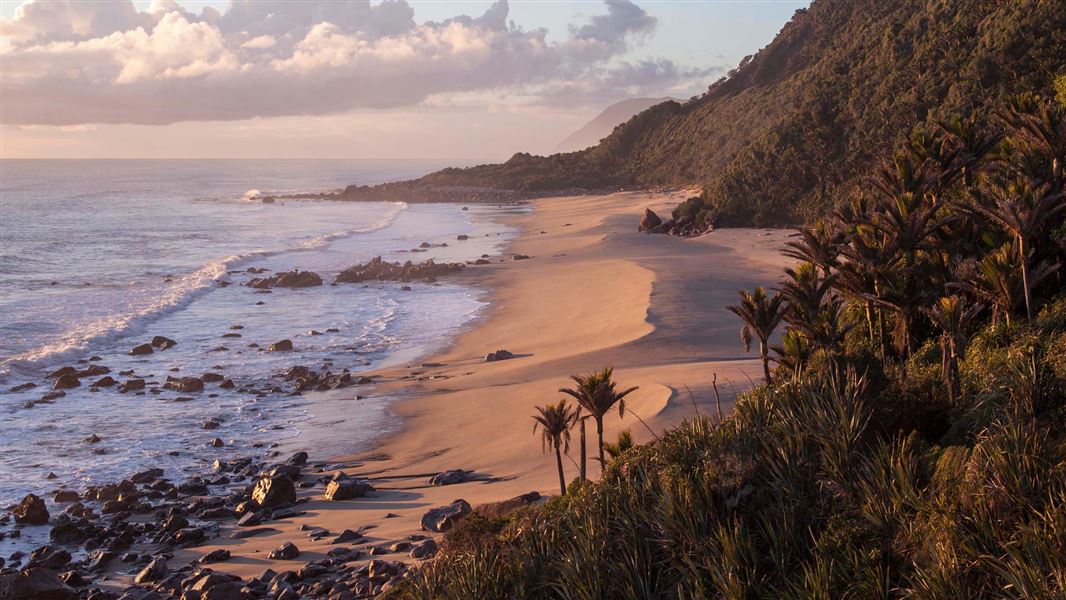 The littoral zone or nearshore is the part of a sea, lake, or river that is close to the shore. In coastal environments, the littoral zone extends from the high water mark, which is rarely inundated, to shoreline areas that are permanently submerged.

Mariana Trench (is located in the western Pacific Ocean about 200 kilometres east of the Mariana Islands; it is the deepest oceanic trench on Earth. It is crescent-shaped and measures about 2,550 km in length and 69 km in width. The maximum known depth is 10,984 metres at the southern end of a small slot-shaped valley in its floor known as the Challenger Deep. However, some unrepeated measurements place the deepest portion at 11,034 metres. If Mount Everest were placed into the trench at this point, its peak would still be under water by more than two kilometres)

The neritic zone is the relatively shallow part of the ocean above the drop-off of the continental shelf, approximately 200 meters in depth. Due to the abundant supply of sunlight and nutrients in this zone, it is the most productive ocean zone supporting the vast majority of marine life. 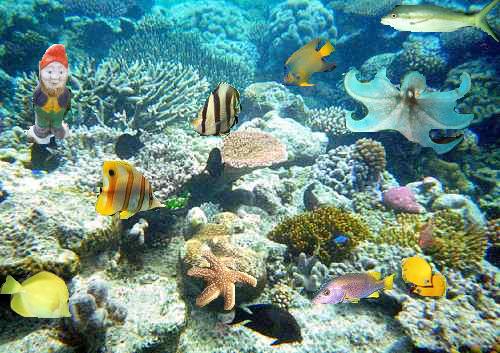 Old Field (is a term used in ecology to describe lands formerly cultivated or grazed but later abandoned. The dominant flora include perennial grasses, heaths and herbaceous plants. Old fields are canonically defined as an intermediate stage found in ecological succession in an ecosystem advancing towards its climax community, a concept which has been debated by contemporary ecologists for some time)

Pollution, including land, water and air pollution, poses a serious threat to ecosystems. Pollution can threaten or kill organisms that are vital for ecosystems, and the ecosystem can become imbalanced.