Roger Ducret - was a French fencer who competed at the 1920, 1924 and 1928 Olympics. At the 1924 Summer Olympics he entered five events out of six and earned a gold or silver medal in each of them, winning individual medals in all three competitive fencing disciplines: épée, foil and sabre. During his times, only one fencer did better, the Italian Nedo Nadi won five gold medals at the 1920 Summer Olympics.

"Splash and Dash" (nickname for the 50m Freestyle race in swimming) 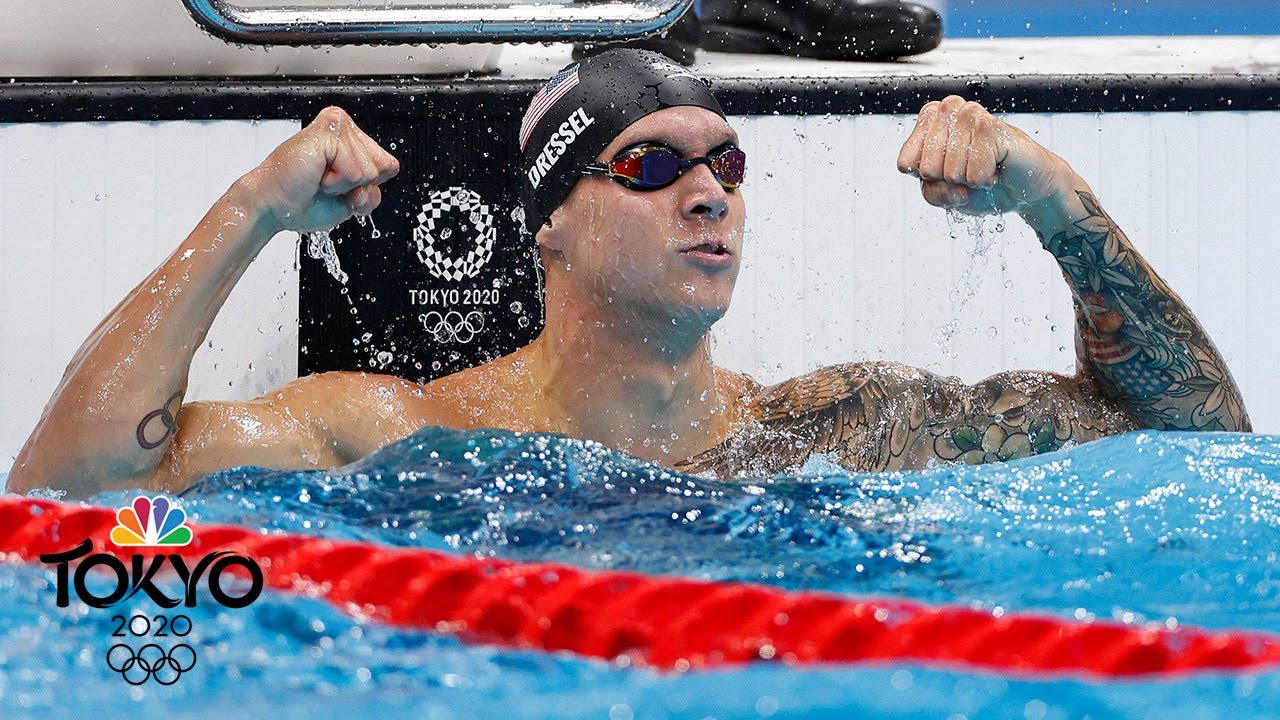 Caeleb Dressel shoots out of a cannon and doesn't look back to take home gold in the men's 50m freestyle. #NBCOlympics #Tokyo2020 #CaelebDressel» Subscribe t...

Team GB is sending its largest ever contingent to an overseas Olympics Games with 376 athletes heading to Tokyo 2020.

There are no fewer than 51 Olympic medallists in that group, with a further 22 reserve athletes heading to Japan. More than half will be competing at their first Games, with just 122 returning athletes.

It’s also the first time a British team features more women than men, with 201 female athletes across the 27 sports.

Uneven Bars (is an artistic gymnastics apparatus. It is made of a steel frame. The bars are made of fiberglass with wood coating, or less commonly wood. The English abbreviation for the event in gymnastics scoring is UB or AB, and the apparatus and event are often referred to simply as "bars". The bars are placed at different heights and widths, allowing the gymnast to transition from bar to bar. A gymnast usually adds white chalk to the hands so that they can grip the bar better) 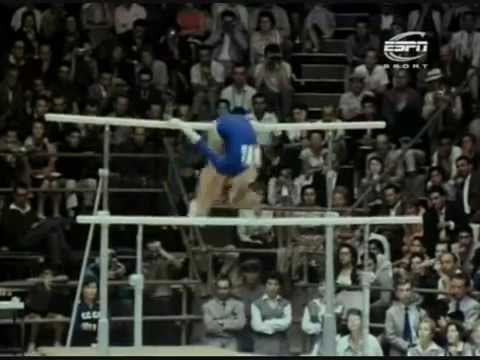 A montage made by me about the gymnastics uneven bars, developements/evolution from the 50s to 2010. The apparatus that witnessed the most radical changes.To...

When I was way younger I remember doing routines on those old wood uneven bars, amazing what the athletes can do now..................

Valentina Rodini - is an Italian rower. She competed in the women's lightweight double sculls event at the 2016 Summer Olympics, and won gold medal in the same event at 2020 Summer Olympics in Tokyo. Her partner in the Tokyo Olympics was Federica Cesarini.

Valentina on the left

Liu Xiang (is a Chinese former 110 meter hurdler. Liu is an Olympic Gold medalist and World Champion. His 2004 Olympic gold medal was the first in a men's track and field event for China) 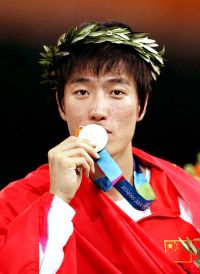 Alison Young is a British sailor. She competed in the Laser Radial class event at the 2012 Summer Olympics where she placed 5th. At the 2016 Laser World Championships, she won gold in the laser radial class and in doing so became the first British woman to become world champion in a solo Olympic dinghy class. 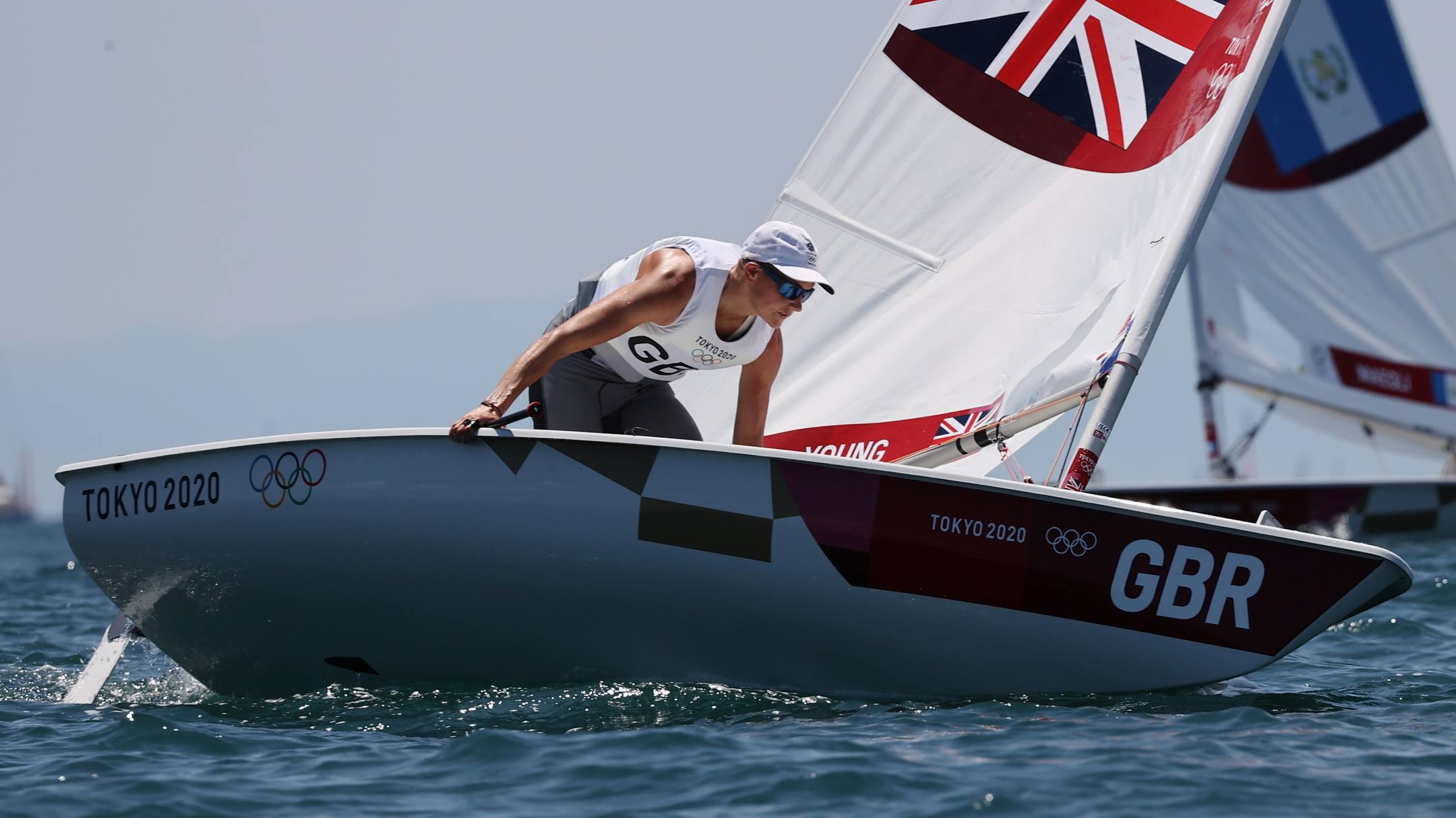 Zika Virus epidemic during the 2016 Rio Olympics (An outbreak of the mosquito-borne Zika virus in Brazil raised fears regarding its potential impact on athletes and visitors. To prevent puddles of stagnant water that allow mosquitoes to breed, organizers announced plans to perform daily inspections of Olympic venues. Zika virus transmission was also attributed to inefficient sewage treatment in the area, an issue that was also in the process of being addressed for the Games. In May 2016, a group of 150 physicians and scientists sent an open letter to the World Health Organization (WHO), calling upon them to, according to co-author Arthur Caplan, have "an open, transparent discussion of the risks of holding the Olympics as planned in Brazil". The WHO dismissed the request, stating that "cancelling or changing the location of the 2016 Olympics [would] not significantly alter the international spread of Zika virus", and that there was "no public health justification" for postponing them. Some athletes did not attend the Games because of the epidemic. On 2 September 2016, however, the World Health Organization reported that there were no confirmed cases of Zika among athletes or visitors during the 2016 Olympics)

Despite not being the main venue, Zaha Hadid’s creation essentially took home the gold during the London Summer Olympics.

It wasn’t until the competition was over that the structure could be viewed the way it was originally meant to be seen. Removing the two wing-like seating structures revealed a dramatically swooping roof. The stadium was inspired by water in motion, and blends harmoniously with its surrounding river landscape.

850,000 tiles cover the floors, pools, and changing facilities. Springboards, diving platforms, and the cluster of towers are made of concrete, formed and cast onsite. Interestingly, a by-product of steel production was recycled and added to the materials, which reduced the necessary concrete by half.