Do you side with the NCAA business model or the players?   The Pleasure Seeking You: Entertainment & Sports

They don’t care about costs in time which says they aren’t serious about it.

Politicians and famous celebrities can’t support private plane bans. How would they get around?

Yes I’ve heard that about the batteries. We are obsessed with oil,but should also take a hard look at battery manufacturing and effects on the environment, as well as costs.

We should? At this stage in the game? We are way past that point.

We already have taken a look at it. And the results were that we cannot go totally electric at this time.

Thus the green new deal and push for all eco-friendly... is NOT read for the technology at hand.

We will continue to require fossil fuel for at least the next 15 ~ 20 years if not longer. So stopping oil production, oil imports, etc. will only exacerbate the situation into a worse scenario!

Attempting to do anything else prematurely will ultimately end in failure!

And where do those charging stations which the electric cars are charged at get their electricity from? Coal/oil mixture powered electricity plants or nuclear plants?

Mostly. Natural gas out here. A slowly growing number of wind turbines also out here. One nuclear plant, but of course in the US (and a few other places) nuclear plants are becoming too expensive to build for the relatively short operational lifetime of maybe 30 to 40 years, to break even on the ROI. And of course there was Three Mile Island, there was Chernobyl, and there was the tsunami induced incidents at Fukishima.

Oil has a lot more hydrogen atoms attached to carbon chains, and the hydrogen component burns to water, while the carbon burns to CO2..

As you get to smaller and smaller molecular weight hydrocarbons, the hydrogen to carbon ratio keeps rising, so for the same joules of heat gained by burning these, you get a lot more water vapor and a lot less CO2, until you get to methane, which when you go back to high school chemistry, is CH4.

That's the highest hydrogen density of anything that will burn that can be economically stored and transported.

So it releases 3x as much carbon dioxide per complete combustion reaction as methane, while producing twice the water vapor, and thus has a lot higher volumetric energy density when you treat it like an ideal gas.

It also is more easily liquefied, as its critical temperature is greater than typical outdoor weather conditions, while methane must be chilled to cryogenic temperatures to liquefy it and thus easily store and transport it.

Then there is hydrogen. This is the most energetic fuel in terms of weight per joule of combustion heat.

However, it is the least efficient in terms of volume per joule of heat.

This is the paradox of fossil fuels - the carbon to hydrogen bonds are what holds the hydrogen atoms together at any practically achievable pressure, and at any practical storage temperature. Liquid hydrogen is much, much colder than any other flammable gas. Its high energy to weight ratio makes it ideal for one real purpose - rocket fuel. However, the very low volumetric density combined with the challenges of storing and transporting it in sufficient quantity make it one of the worst transportation fuels, such as for cars and trucks.

And it's those thermodynamic realities that will never really make hydrogen a practical transportation fuel for the masses.

Then there's other chemical issues with hydrogen and steel. Hydrogen atoms work their way into the structure of steel and interfere with the iron and other chemical bonds in a way that makes it very brittle. This undesirable effect on structural ferrous alloys means that far more expensive and exotic materials have to be used in any engine that will burn hydrogen.

And those are very rare in the earth's crust, very expensive to extract and refine, and very tough to fabricate stuff from. Titanium is one such material that comes to mind.

So hydrogen is going to be a pipe dream unless some new fundamental discoveries of material science happen combined with new extraction, refining, and fabrication technologies.

A friend of mine... now retired... used to work at FPL (Florida Power & Light). Back in the 1980's I think it was, he was on a team that developed the COM (Coal Oil Mixture) Project. If you soak coal in oil, it will burn much longer and more efficient than just plain coal. They patented that technique and it's been used across the globe.

I met my friend when he visited Japan to sell their method to the Japanese and I also visit him each time I return home. He visited more than 80 countries selling their method.

If you soak coal in oil, it will burn much longer and more efficient than just plain coal.

There are also many grades of coal, some of which have quite a bit of oil entrained in it during its formation. It depends on the kind of biomass that decomposed, and in what geological time epoch, which determines the makeup of the material.

I think anthracite coal is the highest overall carbon content, and is ideal for high temperature burning with almost no smoke. It is considered a clean coal because there is little material present to produce soot, and also far less ash.

Then there are the more common grades of coal, from which hydrocarbons have been extracted or chemically cracked to obtain. The Nazis used coal gasification extensively to produce fuel, which is why the Allies bombed the gas works in Romania during the war.

Britain first extracted methane and other light gaseous alkanes for gas light and heat in the 19th century as they baked coal to convert it to coke, which is the near pure carbon that is needed for iron ore smelting and steel manufacture.

How about this carbon? 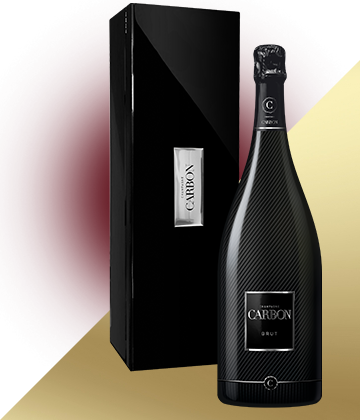 Probably not very efficient. Only the C2H5(OH) is going to burn. And the remainder is tied up in the fruity carbon based materials, diluted in a very large amount of H2O that will have a strongly endothermic effect on any combustion while vaporizing it..

You need a much higher proof distilled spirit such as Everclear 190 proof to actually get a good fire going.