The Armed Arm of the group above?

Nobody got killed so that's good.

Remaining suspects on highway have been taken into custody by MSP Special Tactical Operations Team. 7 additional suspects being transported for booking. We will now conduct sweeps of their 2 vehicles and woods. Total of 9 in custody counting the initial 2 arrests. https://t.co/eP2KkzZFpo

Words fail me yet again. No word on who thought of this. 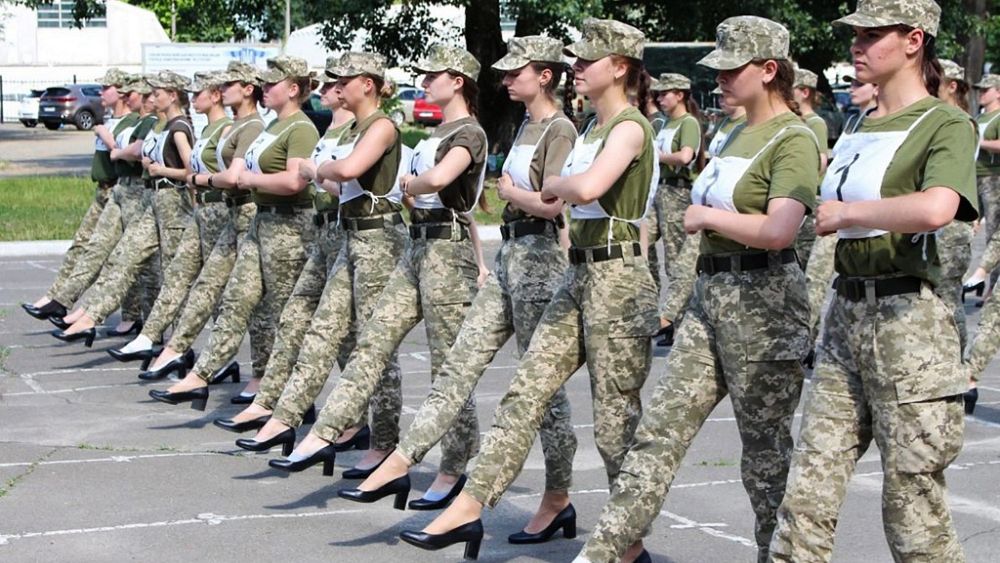 Ukrainian soldiers made to march in high heels during military parade

Ukraine's defence ministry sparked uproar after it published photos of the women marching on its Facebook page.

As well as the 'chest covers' and unnatural arm swinging.

That's not half as bad as what they did to our military, that made us the laughing stock of the world.  Our boys were forced to march in red high heels.  At least these are woman, and not men.

Best part is at the end

Additionally, some Trump supporters have accused Maricopa County elections official of shredding Trump ballots, feeding them to chickens, and then having the chickens incinerated to cover up the evidence. 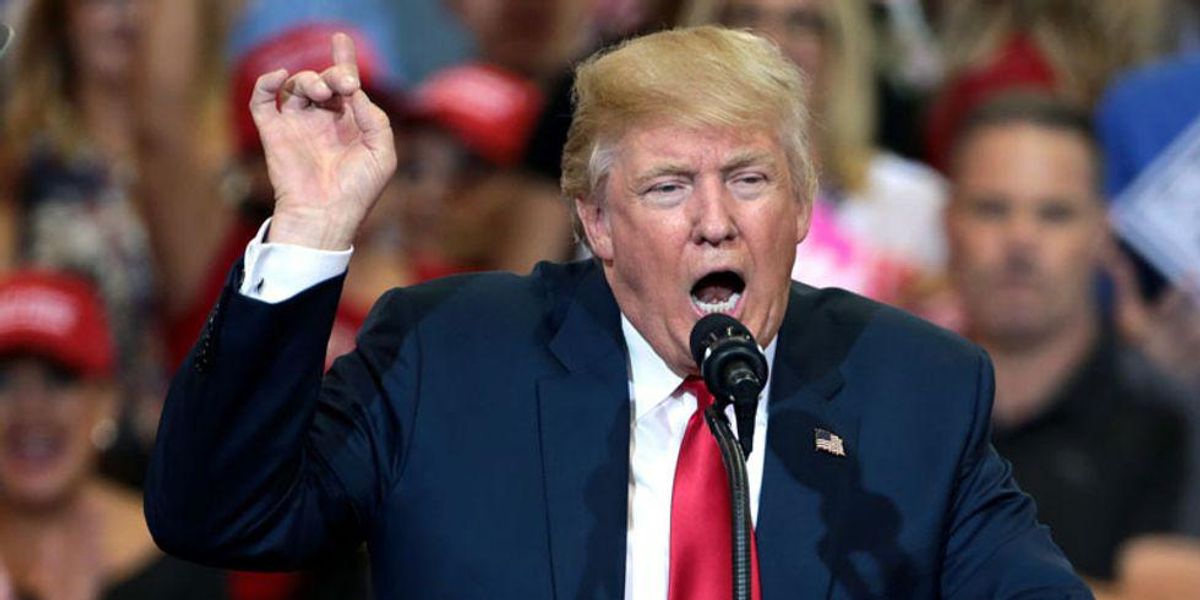 A new Facebook meme making the rounds among Trump supporters is falsely claiming that the American military is "ready to act" to put him back in the White House at the conclusion of the widely panned Arizona "audit" of the 2020 election. According to PolitiFact, the meme featured a video about t...

What are you talking about?? Link (reputable) please.

Is Trump president yet? Did I miss it? #ReinstatementDay

Today is the day with still some hours left to do this as I'm typing.

For anyone not keeping up with details, and I don't blame you, let me recap.  It is true that here have been a number of previous Reinstatement Days, Nov 11, Jan 6, March 4 to name a few but this one has been advertised as the real deal!

Lindell the pillow guy assured us he would release incontrovertible proof at his three day marathon cybersymposium, proof that Dominion voting machines changed votes, proof so solid it would cause Biden and Harris to resign right then and there and Trump would reassume office. Three days have gone by and every word coming from Lionell's mouth has been taken as gospel truth and proof by his devotees while most everyone else heard nothing but gibberish.

The tech expert hired by Lindell to analyze computer data describes the mess of numbers provided as a 'turd'."We expected a huge pile of data which we wouldn't be able to understand and how it can be evidence, We didn't expect there’s no pile of anything." Even Steve Bannon who was featured at the event expressed his disappointment at the absence of definitive proof. Finally, Lindell, when pressed by press for actual proof, said he wasn't going to let anyone see it until he submits it to the Supreme Court, after which Trump will presumably be reinstated. He clamped up shortly thereafter when informed that a defamation suit by Dominion was proceeding through the courts.

Meanwhile, the Arizona Audit hasn't had better luck. The FORENSIC audit results are now many months overdue while the same devotees from above report bombshell news of thousands of fraudulent ballots on a daily basis while those doing the FORENSIC audit are keeping mostly mum. FORENSIC is is in caps because it's very important to above devotees so as to not confuse this audit with a number of other previous audits, all of which have shown the tally was correct. As I understand it, FORENSIC auditing involves scanning the ballots with cosmic rays to check on watermarks, bamboo fibers and signs of origami. I detect backtracking by some officials here as well 'we're not looking for fraud, just checking on procedures.'

As an Independent my circle of friends include registered Libertarians, Democrats, and Republicans. Other than one woman, all fervently support the first and second Ammendment of the Constitution.

Our entire (mostly agricultural) community (county) amounts to only 84,000 people. Its history runs the gammet of the Underground Rairoad to mobs having burned down the first and only black owned newspaper.

In my lifetime, Waco, Texas taught me to keep a low profile and not divilge my gun ownership. Ruby Ridge was another emphasis for my actions. The use of the National Guard to attack and kill protesting miners in their encampment re-enforced the fact that my death is the ultimate sacrifice in supporting our Constitution.

My religion bans any form of organized protests other than writing to Senators. However, other than Ghandi it has been my experience no religion denies self-defense, or the protection of family against tyrany and gun confiscation.

In the support of righteous thinking and actions within a community, my Faith also condones executions.

Am presently beginning an investigation into the stance of both our local police and our sherrif department. Knowing the opinions of our local single Democrat owned televison station and remnant of a newspaper, and as a member of the Fraternal Order of Police this should not be difficult. By such means my inquiry can lead towards seeking information on any and all local citizen militia groups and the beliefs and actions thereof.

Anyone who does not know their neighbors and friends beliefs and political stance in this day can easily find themselves either in a concentration, or a Fema camp. Covid mandates can lead to such an extent.

It is mine to die fighting for freedom than to live in a totalitarian state. Death is not among my fears.

I live in an "open carry" state and posses a concealed carry license for travel purposes. My training and background have given me a strong stance regarding self-defense. Am always in support of any wise decision and prepared to defend myself, my family, and compatriots against criminal elements and a corrupt government. 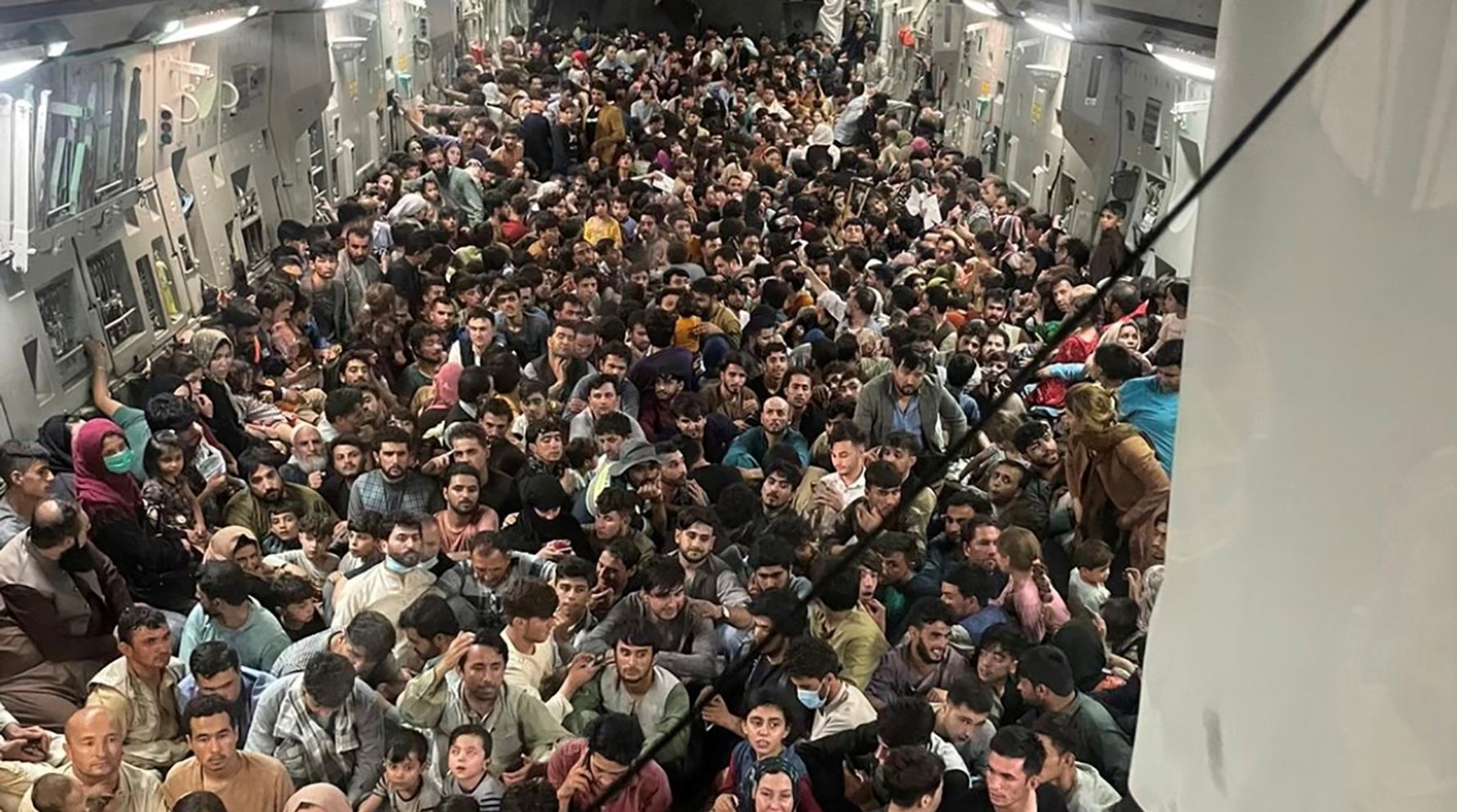 Kabul airport is now one of the only places where Afghans can flee the country.