Just got my first shot...

What do you think of Meghan and Harry Brexiting the Royal Family?   The Newsy You: News of Today

I think so too. They should live like most people do, taking care of themselves.  Meghan just signed a huge deal with Disney to do voiceovers.  It doesn’t compare with their family I come but it’s a good start. They will not be poor.

I was wrong, her salary will go to charity.

Meghan Markle, the Duchess of Sussex, has apparently signed a voiceover deal with Disney according to a report in The Times.

Saw this OP but I've no idea how accurate the authors comments outside Harry's accomplishments are. 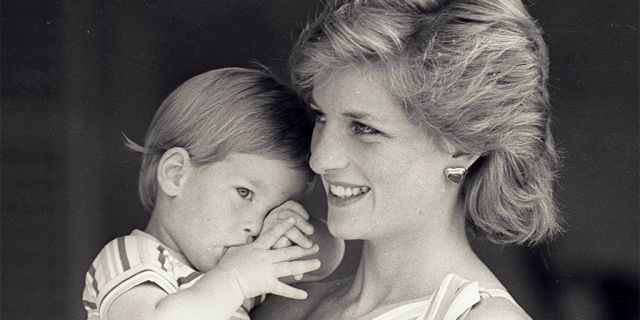 We broke our promise to Harry - My Daughter's Army

You'll read a lot about Harry and Meghan scaling down their public duties in the next few days. News reporters will stand in front of Buckingham Palace and dramatically emphasize words like 'unprecedented' and 'crisis,' as though the whole Royal institution is on the brink of collapse. But one view keeps being bandied about as if it's a fact; Meghan is to blame. So allow me, an average,...

Read more from My Daughter's Army

Regardless, Canada is a common wealth country and I'm as fine with them living here as any one.  (Well not ANY ONE... lol impeached presidents aside)

1
ReplyToggle Dropdown
Msg 24 of 84 to Showtalkshowtalk
In reply toRe: msg 11

Meghan hasn't given up anything, at least not yet.  From what I've read, it's the Queen that bestows the titles and so only the Queen can take them away. So far that hasn't happened. Apparently there are quite a few details that need to be worked out, such as their security, and who pays for it, as well as other financial items.  It's been said they wish to work towards becoming financially independent. I wonder, is one financially independent if one is using one's title, and relationship to the Royal family to further ones' income, and to possibly draw interest and customers to one's business entities. From what I've read, she wants to keep the title, the luxury residence, and all the other perks, but not the rules, regulations, etc. that would keep her from doing what she wants when she wants. Anyway I'm not in England, and I'm not British so my opinion doesn't matter at all really. I do wonder how the British people feel about it all

0
ReplyToggle Dropdown
Msg 25 of 84 to MerianaMeriana
In reply toRe: msg 24

She's only been in the family legally less than 2 years. She needs a break and some good advice on living in a fishbowl.
Diana grew up on a big estate being called "Lady". She knew her way around titled society.
Kate's mother started a very lucrative party goods business which allowed the family to have the very best. Kate met William when they were both assigned to live in the same big "rooming house" as college freshmen. They had a lot of time and privacy to get to know each other. They dated off and on while William went into the military (remember when he landed a helicopter in her front yard?). Finally, they lived together before anouncing their engagement.
Is the courtship of Harry and Meghan anything like Kate and William? I think that the press and public opinion are being very unfair to Meghan because she is not Kate or Diana. I hope living in BC will give Meghan a chance to "breathe" again.
0
ReplyToggle Dropdown
Msg 26 of 84 to MerianaMeriana
In reply toRe: msg 24

That is true. I wonder when it’s all resolved how independent they will be.  He can’t resign his titles and probably doesn’t want to. I think it is all her and he agreed to her demands to keep her happy.  Going into the marriage he knew what was expected of him. She was blasé and kind of blew it off.

That is also true.  I’ve heard people condemn her for being an actress, even though she was very good at it and it was her profession.  Even more, for not being British royalty.  Didn't Harry have a society girlfriend for a long time who broke it off because she couldn’t follow the demands?

It’s easy to criticize Meghan for turning her back on the whole princess thing, because to them it’s like a dream come true, where she may have been slowly losing her mind due to the pressure.  I noticed the drama is being fostered by the media, who should back off and stop speaking about her or for her.

0
ReplyToggle Dropdown
Msg 28 of 84 to Showtalkshowtalk
In reply toRe: msg 27

Grace Kelly was an actress but she also came from an intact, high society family. She was used to the press and had her studio to help her.
Harry's long time girlfriend was at the wedding, wearing dark colors. She was/is a law student and is from S Africa. They were together for along time when she was on vacation from school.
What attracted Harry and Meghan to each other was their love of Africa. She went to Kenya by herself and he went to where Diana went. They also want to help the down and out and those less fortunate than they are.
When Sophie and Edward married she kept her job until she became a mother. She still doesn't do a lot of meet and greets.
I think they need to take a break from the royal fishbowl and get to know each other as parents rather than stay in the fishbowl all the time. She is qualified but I think it has been too much too soon.
0
ReplyToggle Dropdown
Msg 29 of 84 to kizmet1kizmet1
In reply toRe: msg 28

I doubt they will ever come back willingly to Royal life.  The only way that might happen is if they feel it’s better for their children later on.  It’s a difficult life but it also has benefits.

0
ReplyToggle Dropdown
Msg 30 of 84 to Showtalkshowtalk
In reply toRe: msg 29

I think everything happened so fast for them that they need "breathing " space. I do feel that they should have spent Christmas with his family to create good pictures for Archie. It could be QE2's or Philip's last Christmas.
0
ReplyToggle Dropdown
Keep Reading
TOP
Copyright © 2021 Delphi Forums LLC