Is John Kasich a Republican now that he endorses Biden?   The Serious You: Politics

Change Vote
Yes, he hate Trump so it makes sense
Yes, we can't decide that for him
No, he is a Democrat posing as a Republican
I don't know
What did he do?
Other?
VoteView Results
0
ReplyToggle Dropdown
Msg 2 of 40
In reply toRe: msg 1

The 2016 GOP presidential candidate has criticized President's Trump's handling of the coronavirus pandemic and supported his impeachment.

This is from March but I hadn’t seen it before.

Yesterday, Bernie Sanders called a press conference to announce that he is staying in the

"You don't want something like this out on the street before it needs to be," one GOP operative said. "It just makes it much harder to do."

Read more from The Daily Beast
0
ReplyToggle Dropdown
Msg 5 of 40 to Showtalkshowtalk
In reply toRe: msg 1

I think he is a very nice man but I feel he is neither GOP or Dem.
0
ReplyToggle Dropdown
Msg 6 of 40 to kizmet1kizmet1
In reply toRe: msg 5

From Politico, things people used to say about Kasich. Even after his run for President, I don’t know much about him.

...John Kasich... over the course of his 30-plus-year political career in Ohio and Washington, has been called some extraordinary things for a public figure. "Unpleasant." "Cranky." "A jerk." "Even worse" than Donald Trump. And that's just in headlines 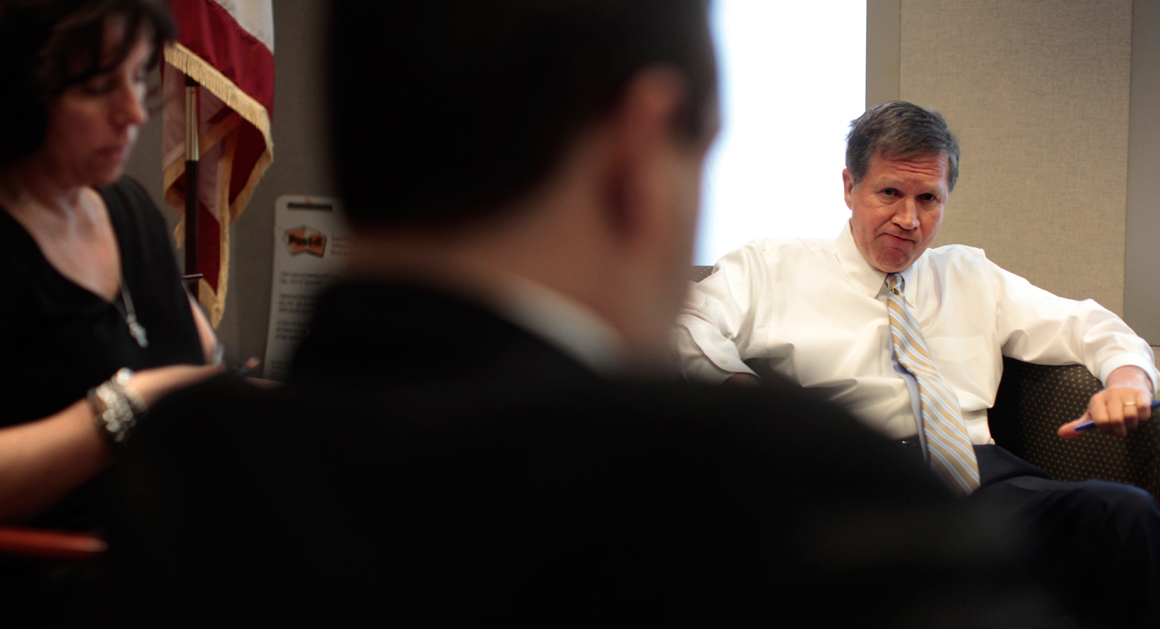 To me, he seems like like he belongs to both parties. He did a nice job as governor but was too ready to be very generous if POTUS
0
ReplyToggle Dropdown
Msg 8 of 40
In reply toRe: msg 6

Kasich has lots of Republican company in his opposition to Trump

As the general election unofficially kicks off, presumptive Democratic presidential nominee Joe Biden is being aided by an unusual array of groups for a presidential election. What makes them an oddity is that they are Republican. A growing number of GOP organizations are moving forward with strategic efforts to unseat a commander-in-chief of their own party — and turn the White House over to a Democrat.

Appalled by Donald Trump's presidency, they are spending millions on television ads and digital campaigns and weighing ground efforts in an election year that has seen a global pandemic and major economic crisis following the impeachment trial of the president earlier this year.

From April through June, The Lincoln Project raised more than $16.8 million, rivaling several prominent Democratic PACs after raising less than $2 million in the first quarter of 2020. The Lincoln Project, whose founders include George Conway, a prominent Trump critic who is married to White House counselor Kellyanne Conway, views this president as an existential threat to the nation, a "clear and present danger to the Constitution and our Republic."

At the same time, Republican Voters against Trump is also going after similar voters, but with a slightly different approach, one that seeks to make Republican voters comfortable with the idea of not supporting their party's incumbent nominee, even if they voted for him in 2016.

"I've been a Republican for more than 30 years in western North Carolina, and I find myself for the first time in many years not able to vote for a Republican," said Steve in one video on the project's website. The project has been compiling hundreds of testimonials from GOP voters in all fifty states.
https://www.cbsnews.com/news/anti-trump-republicans-gop-voters-joe-biden-president/

0
ReplyToggle Dropdown
Msg 9 of 40 to Showtalkshowtalk
In reply toRe: msg 1

I don't know if there's historical precedent or not.

One could call him a "RINO" or maybe a party switcher, but it may really fit into a whole category of its own.

Such a combination might be a unifying force that might help de-fuse what I have feared for a while would erupt into a full blown civil war, compared to the totally divisive status quo that we see on a daily basis this year.

Maybe it’s a new way of “reaching across the aisle.” Wasn’t that a John McCain specialty?